10 Best Restaurants near the Champs-Elysées 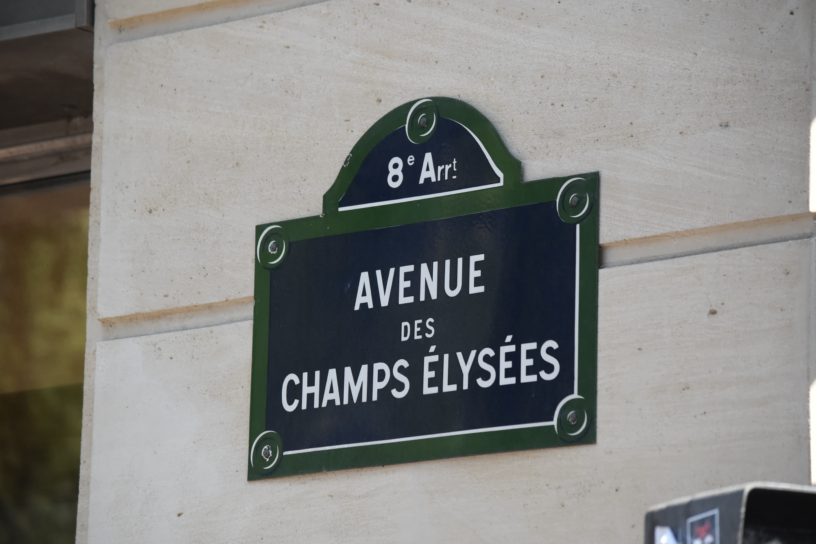 10 Best Restaurants near the Champs-Elysées

You won’t struggle to find somewhere decent to dine while browsing the shops along the Champs Elysees, but there are a lot of average restaurants on this strip, inn addition to fabulous eateries.

I’ve put together my top 10 list of the 10 very best dining spots on this famous walkway — read on while keep en eye out for the cuisine you like best.

5 Reasons to Visit the Champs Elysees in Paris

Hélia is one of my favourite places to eat in Paris, with or without the Champs Elysees in the picture. It’s situated in one of the side streets, and not on the main strip, so dining here is a bit quieter and more private. 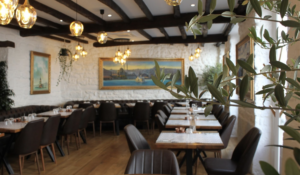 A Brief History of Turkish Cuisine

Hélia is authentic Turkish cuisine, right down to the tea that they serve. This laidback space is a true hidden gem!

OPENING HOURS: Monday TO Saturday — 11am to 11pm

2. Flora Danica near the Champs-Elysées

Moving into Danish territory (cuisine-wise), this restaurant lies near the start of the Champs Elysees, close to the Arc de Triomphe. The garden terrace makes it one of the best places to eat in this district year round, and if you fancy Nordic salmon and imported herring, then you’re in for a real treat. 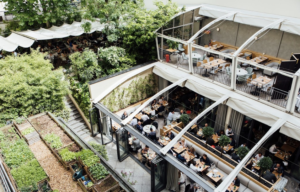 Top 5 Places to Eat Near the Champs Elysees

OPENING HOURS: Monday TO Sunday — 8am to 12am

3. Le W near the Champs-Elysées

Another terraced restaurant boasting views all the way through to the Eiffel Tower, le W is a top eatery that offers a twist on traditional French fare.

Many regard le W as one of the best restaurants in all of Paris, and I must agree that any dinner here is always one of the most memorable parts of an entire trip. Go see for yourself…

Best Hotels with a View of the Eiffel Tower

4. Copenhague Paris near the Champs-Elysées

For some reason, the Champs Elysees happens to be one of the best places to dine Danish-style. This is another Danish restaurant serving up delectable seafood, and creative plates that give ‘attention to detail’ a new meaning. 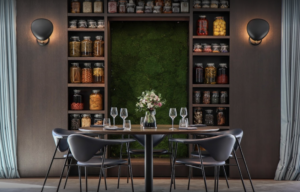 5. Miss Kô near the Champs-Elysées

I’d be remiss not to share the best place to eat sushi near the Champs Elysees. Miss Ko comes highly recommended in Paris, even by local Parisians. The industrial space welcomes guests 7 nights a week, for elegant dining over phenomenal cocktails. 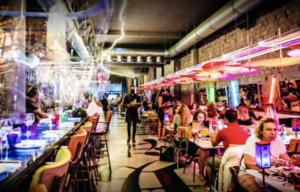 If you love bao, this is also the spot for it!

OPENING HOURS: Monday TO Sunday — 12pm to 2am

6. Le Confidentiel near the Champs-Elysées

For those who find themselves in need of a Halal certified meal near the Champs Elysees, le Confidentiel is where to go. Take note, this is French cuisine cooked entirely Halal; this is not easy to find in the world, even in Paris!

Guests that dine here once tend to return two or three nights later for more — it’s just that good.

10 Fast Facts About the Champs Elysees

7. Elysées Chtoura near the Champs-Elysées

If you’re like me and you love Lebanese cuisine, you’ll be thrilled to know that one of the best restaurants near the Champs Elysees is dedicated to this type of food entirely.

There are great vegetarian and vegan options, if so desired, as well as the best kebab selection this side of the Seine.

8. Chez Ly near the Champs-Elysées

Cantonese food is something I only became familiar with in my late 20s, and I always wish I had discovered it sooner. Nothing hits the spot quite like it, whether you’re an avid meat eater or a preferrer of plants. 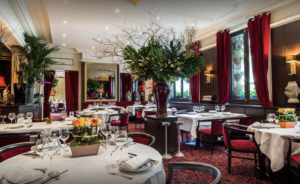 This may be the best Chinese restaurant you ever eat in… as many have testified in their reviews.

9. L’Italien near the Champs-Elysées

What would a best restaurant roundup be without at least one Italian joint? Authentic Italian specialties with wines to match, makes for an intimate dining experience filled with glorious pizzas and pastas. Fun for the whole family, I guarantee it! 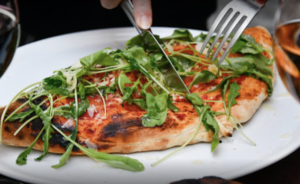 The Best Pizza in Paris

10. Restaurant Lasserre near the Champs-Elysées

If you’d like to dine like a royal while shopping on the Champs, then I would recommend Restaurant Lasserree, situated just a short walk from the Franklin D square.

Refine French fare in an opulent setting; it goes without saying that reservations are necessary.