10 Best Nightclubs near the Champs Élysées 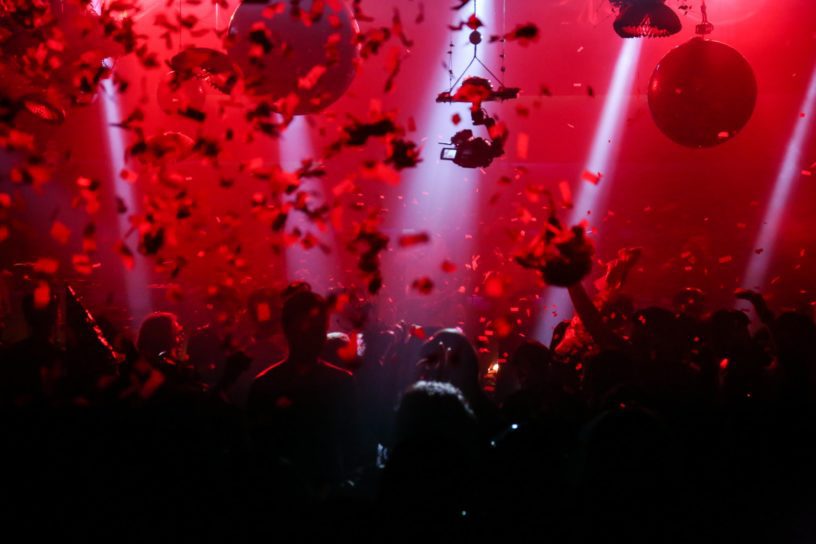 10 Best Nightclubs near the Champs Élysées

There is a lot to do on the Champs Élysées in Paris. No surprise that clubbing is one of them, and the luxury nightlife rules the strip when the sun goes down.

After a day of shopping amongst 300,000 tourists on this prestigious avenue, no one would blame you if you were in need of a strong drink to take the edge off. I’ve listed a few of the best spots near the strip for just that.

Let’s start with the more risqué of spots that the Champs Élysées has to offer. Whisper Club is a nightclub/strip club hybrid space. It’s a lot of fun and incredibly classy; nothing like the strip clubs over in Pigalle, for example.

Entrance will cost you €30, this includes your first drink absolutely free. 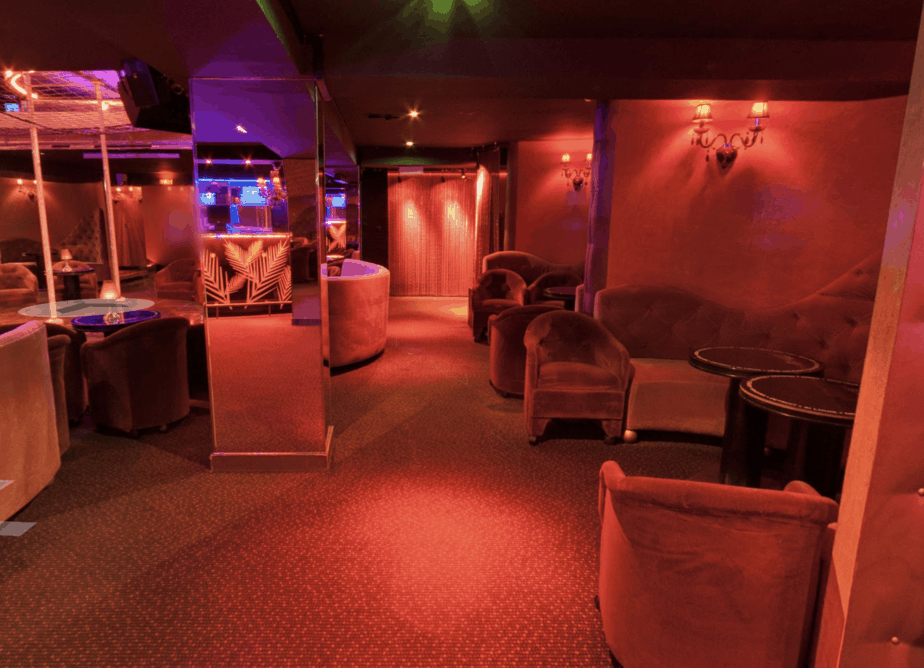 Opening Hours: Monday to Sunday — 10pm to 5am

2. Buddha-Bar near the Champs Élysées

The Buddha-Bar is technically a restaurant, but it transforms into a club lounge as the evenings progress.

Anything goes in the space, so long as you’re not disturbing anyone who is still dining at a table. The music is great, drinks are exceptional and the crowd is mostly mature in age.

Reservations are a must if you would like to start here from early evening; those who arrive later on will be able to go straight to the bar. 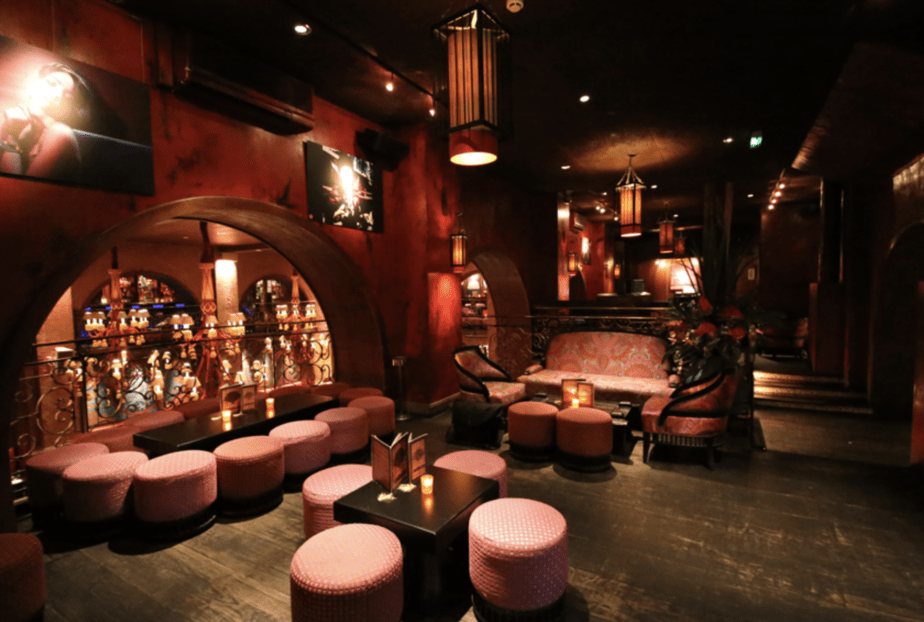 3. Le Hobo near the Champs Élysées

If you’re in the mood for a dance, then le Hobo is the spot.

Hip hop and reggaeton lovers will find le Hobo to be like a second home. Entrance is usually free to all who arrive before 1am, though admittedly the bouncers seem to have a specific customer in mind when choosing who gets in and who stays out.

Once inside you’ll find a cozy disco lounge with booths, multiple bars and shisha available for hire.

4. Dogstar Club near the Champs Élysées

The Dogstar Club is probably the most laid back of all the clubs on the Champs Élysées. It’s the one spot you can still count on to be allowed into even if your attire is less than formal.

Set up like a dive bar, Dogstar offers great drinks and shisha smoking throughout the space. This is one of the most affordable spots to both eat and drink on the Champs Élysées. 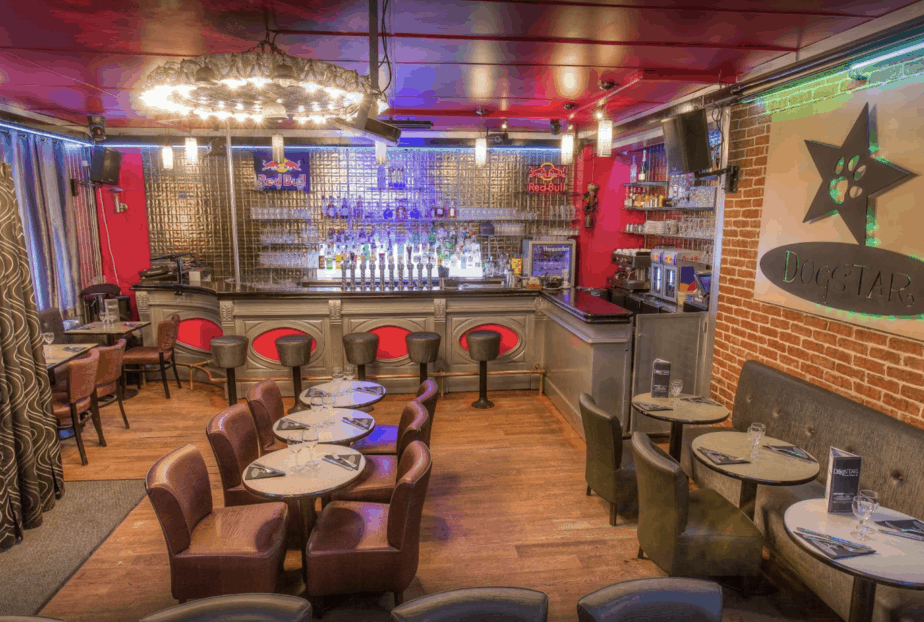 Opening Hours: Monday to Sunday — 11am to 4am

At the end of the strip we have Triumph Temple Discothèque. Unlike Dogstar, this is one of the less affordable places to party in this neighborhood — prepare to splurge!

The name would suggest a disco hall, but the music is usually always American hip hop. You’ll want to consider table service because Triumph Temple Discothèque gets incredibly full — they are open until 7am! 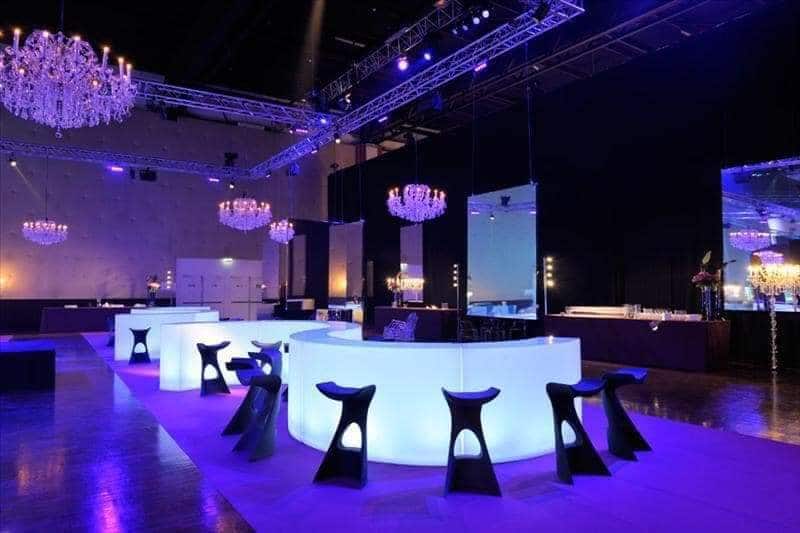 6. Le Bar near the Champs Élysées

Le Bar will take you back to the haute Paris of the 1920s. It’s a chic drinking lounge with an ornate interior worthy of its proximity to the Champs Élysées. In fact, it’s actually situated inside of the Hôtel Plazza Athénée, which is the most beautiful luxury hotel in Paris in my personal opinion.

Take a stroll through the hotel grounds before you settle in at le Bar for the night. 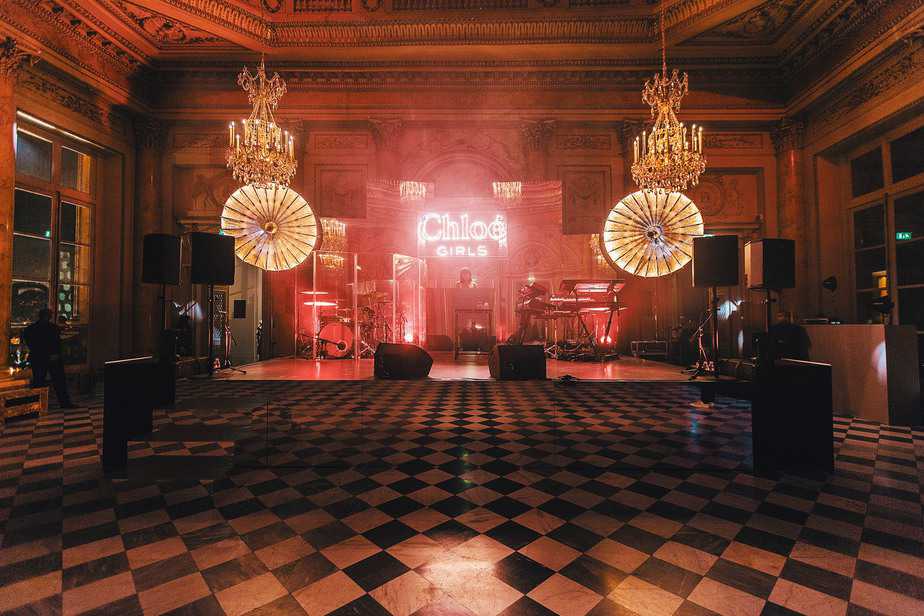 Le Bar – by Le Bar – Sourced from their Facebook

Le Bar Kléber has channeled its inner Versailles when it comes to decor. This is an entertainment lounge fit for a queen — opulence, elegance and sophistication.

Here you’ll kick back sipping cocktails and enjoying the nightly entertainment. The oldest of the old French money hang out here; one of the few nightlife spots near the Champs Élysées that haven’t become a complete tourist trap. 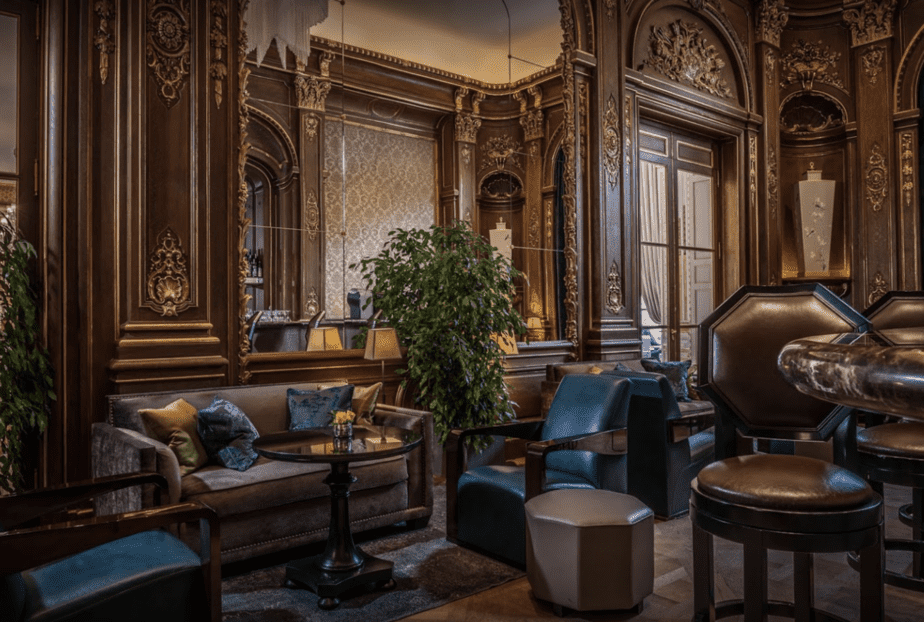 Le Marta is a nightclub for people who want to dress for their evening out on the Champs Élysées, but don’t want to be treated like their money is the most important part of their presence.

The space is beautiful, but the drinks remain reasonably priced. You also have the option of eating, or you can just drink. I find the food prices to be unreasonable and I would recommend eating elsewhere on the strip and simply coming to le Marta for drinks and music later on. 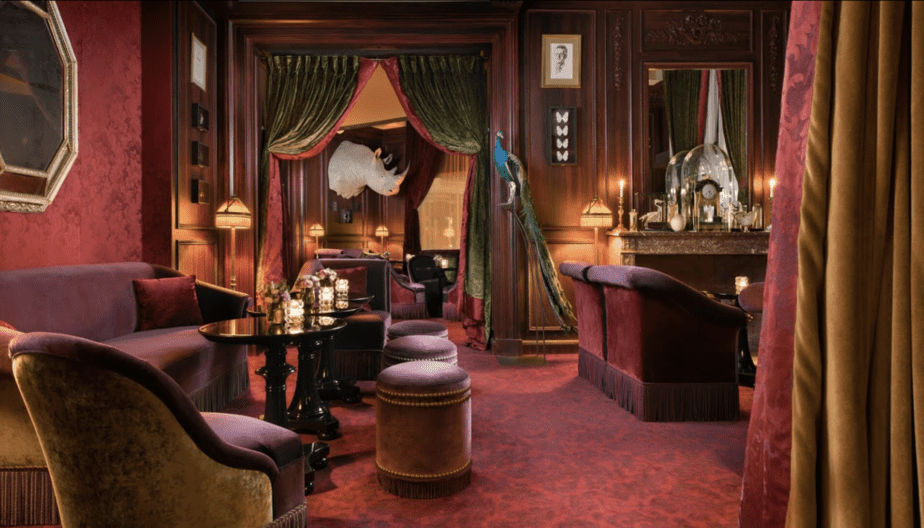 9. Le Madam near the Champs Élysées

Le Madam is where we come to dance the night away. You will have to eat and drink elsewhere in the town before coming through anytime after 11pm. The party goes on until 5am, three nights a week.

Dress well, be polite, and you won’t have any trouble getting in at the door. Manners go a long way in Paris; keep this in mind regardless of where you are in your trip. 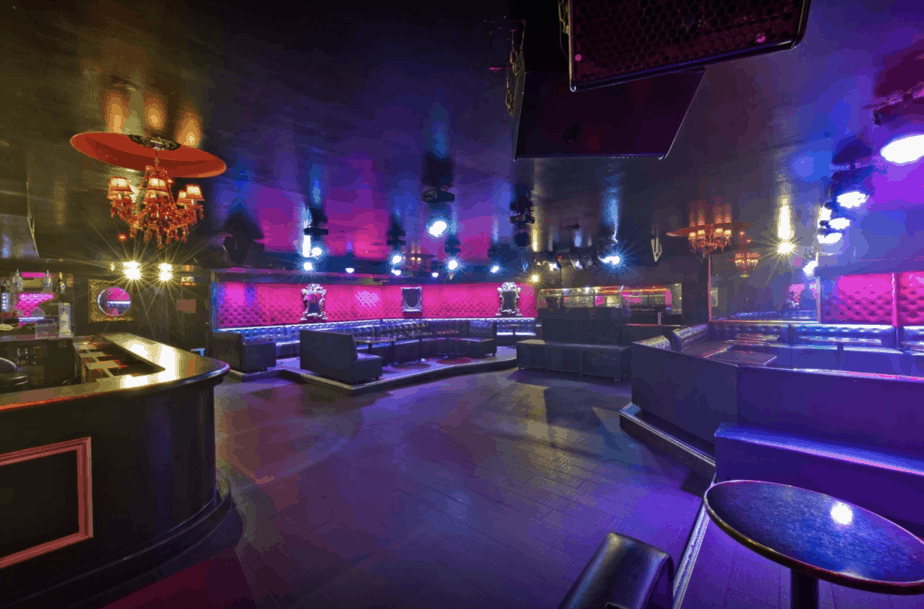 Opening Hours: Thursday to Saturday — 11pm to 5am

10. L’Arc Paris near the Champs Élysées

There are a few things you need to know about L’Arc Paris. Firstly, if you love clubbing this might be one of your best nights out in the city… if you can get in.

The door at L’Arc Paris is notorious for being incredibly picky. Dress code, demeanor and level of intoxication are all taken into consideration before anyone is allowed in. Once inside, you’ll find it to be a bit of a hunting ground for creepy men looking to spend obnoxious amounts of money on women.

Ignore them. Buy your own drink, have a dance and enjoy it! 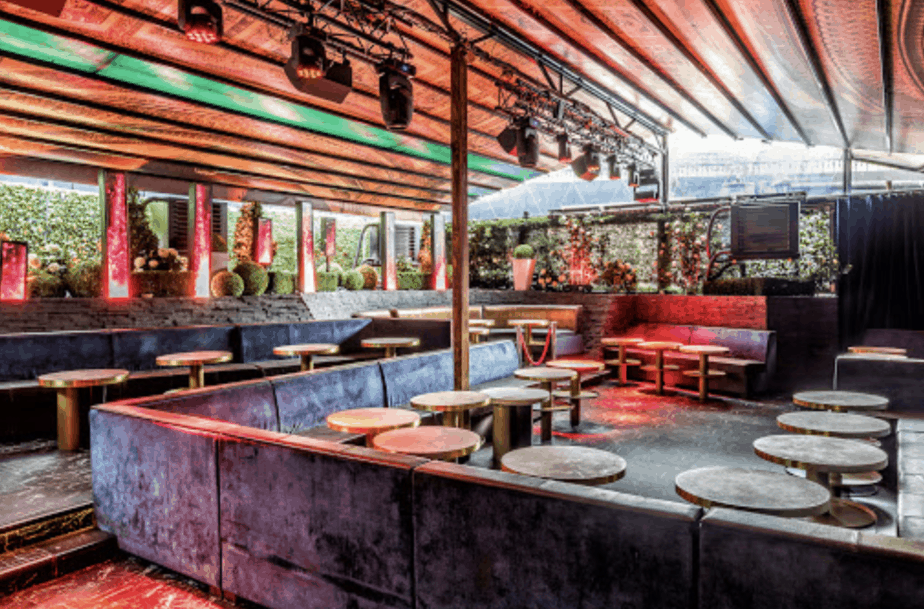 Opening Hours: Thursday to Saturday — 12pm to 6am

Don’t forget that exploring the Champs Élysées by day is as necessary as it is by night! This neighborhood is distinctly Parisian, and a must for anyone interested in the city’s modernization. Book a slot for a guided walking tour if you’d like to see it on foot.