10 Best Cooking Classes to Do in Paris 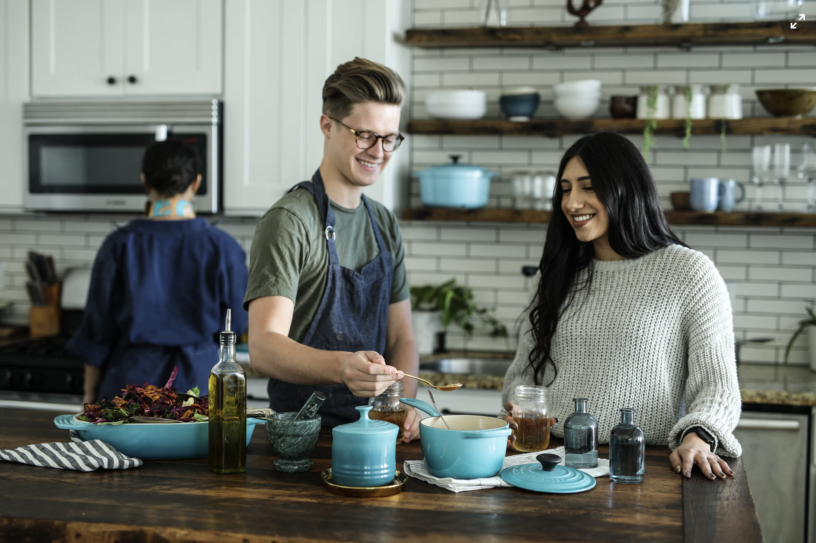 10 Best Cooking Classes to Do in Paris

So you want to learn to cook the French way? No better place to do so than in Paris itself, ma cherie. These are ten of the top cooking classes that you can enroll in around the city center. They range from beginner to professional, but for the most part they are open to whomever is eager and willing.

Conveniently situated in the 3rd arrondissement, Chefsquare is an esteemed cooking school that opened its doors back in 2004. The school also goes by the name L’Atelier des Sens. 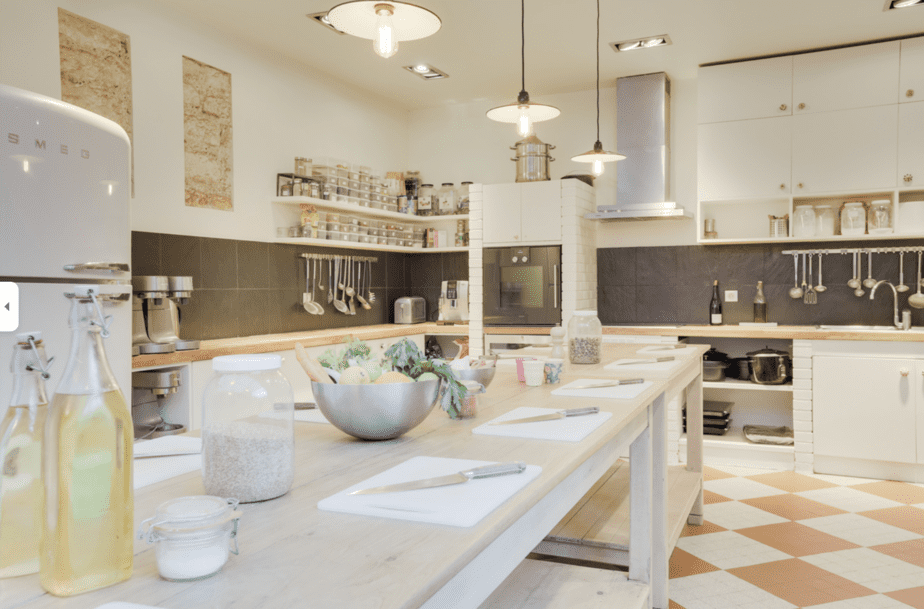 The group sessions are intended to be a ton of fun, albeit incredibly insightful and challenging to a necessary degree. You’ll cook with other amateurs, so you can totally leave your ego at the door with this spot.

Macaron baking classes are in surplus supply in Paris, and there are many great options to choose from. The one I recommend, however, is the class that is held at the Galeries Lafayette Haussmann.

This is a fantastic opportunity to learn the art of macarons from a master, in just an hour and 30 minutes too! Book online to secure your spot. There is no experience needed, and yes, you will stuff your face with fresh baked macarons before you leave.

10 Ways to Serve and Eat the Best Macarons in Paris

One of the best places to learn anything culinary is the Latin Quarter in Paris. This is where a lot of esteemed culinary schools set up shop, attracting budding chefs from all over the world. 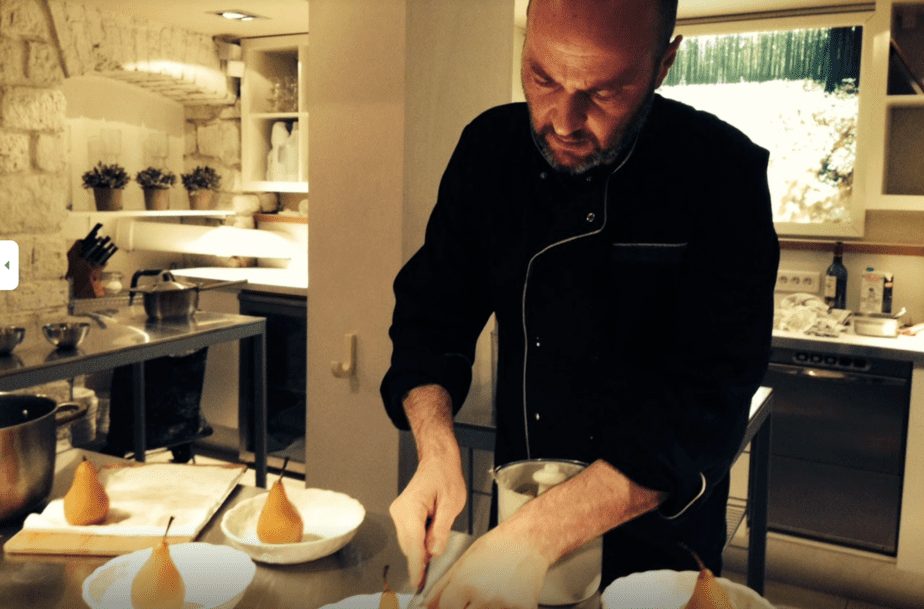 Le Foodist in Paris – by Le Foodist – Uploaded by them

10 Best Restaurants in the Latin Quarter in Paris

Le Foodist offers a wonderful full day cooking course for beginners, that ends in a memorable 4 course meal. The classes are centered around French techniques that you can then take home and apply to your own kitchen rituals.

You’ll also be treated to local wines throughout the day… just to sweeten the deal.

Based right on the banks of the Seine, la Cuisine holds and ethos that is centered around learning new things while having the utmost fun.

This is a strictly non-professional cooking school, so all that is required is a positive and willing attitude to learn. It’s all about techniques, especially ones that you can replicate at home and that do not require any fancy kitchen equipment that would make your new specialities impossible. 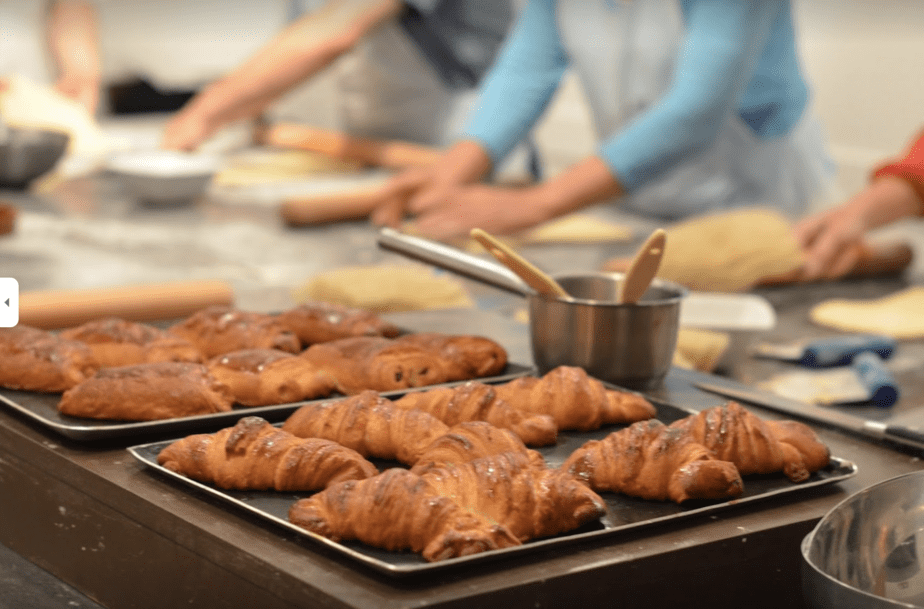 La Cuisine in Paris – by La Cuisine – Uploaded by them

If you’re looking for something more laid-back and bespoke, then allow chef Perrine to welcome you into her Parisian apartment for a variety of cooking classes all held in English.

I recommend the class “Just Like a Parisian”. Students start the day by venturing to the local market to pick out produce. Thereafter, they are taught how to prepare the ingredients into a show stopping meal, that the class will eventually enjoy together over a glass of wine… or two or three.

Hosted by none other than Miss Lunch herself, these are cooking classes with a quirky edge. As you know, Miss Lunch considers herself to be both a cook and an artist — an “artist-cook”, as she so eloquently puts it.

Learning from this master is a treat in and of itself. After all, she was the first person to take pop-up dining from Paris to New York, where she held the first intimate apartment dining experiences. 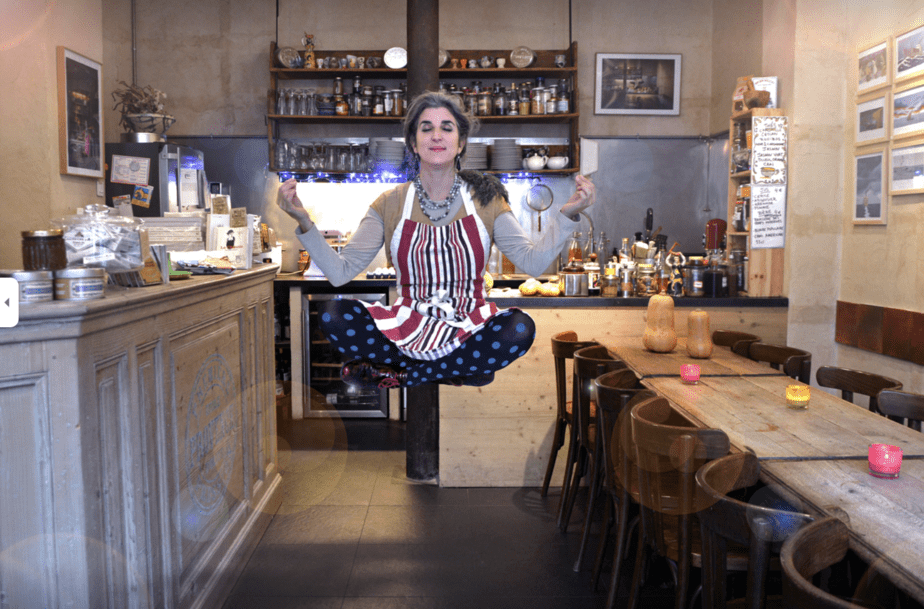 Feminists unite — situated in the 17th arrondissement, Noémie invites all to her very femme workshop space where she prepares to spill the secrets of the trade with any willing to learn.

The workshop is wonderfully interactive, and Noémie will offer classes in both English and French.

This list wouldn’t be complete without at least one somewhat ‘out of touch’ cooking class that is typically only suited to seasoned experts. Well, forget what you heard, because contrary to popular assumption, Chef Alain Ducasse’s school is actually very much open to novice cooks from all around the world. 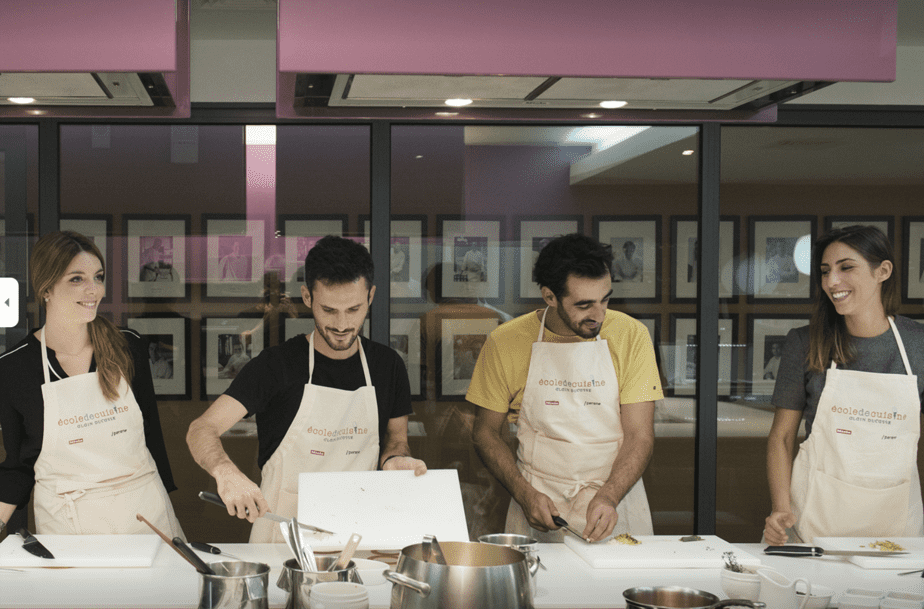 The classes take place in the 16th arrondissement, and can very quickly get you from amateur to intermediate level.

9. My Hush-Hush Paris in Paris

Another class centered around fun cooking above all else, My Hush-Hush is hosted by chef Bertrand Philippe, right in the center of his living room.

The day starts with a visit to the market, and thereafter you’re at the mercy of the chef and whatever direction he decides to take things. It’s such fun, and you can expect to be in an intimate setting of only around 6 others.

Lastly, I want to introduce everyone to an emerging alternative way of learning French cuisine when in Paris. Airbnb is a platform that has more to it than just accommodation; people are now able to sell their skillsets and packages, opening themselves up to markets from all over the world. 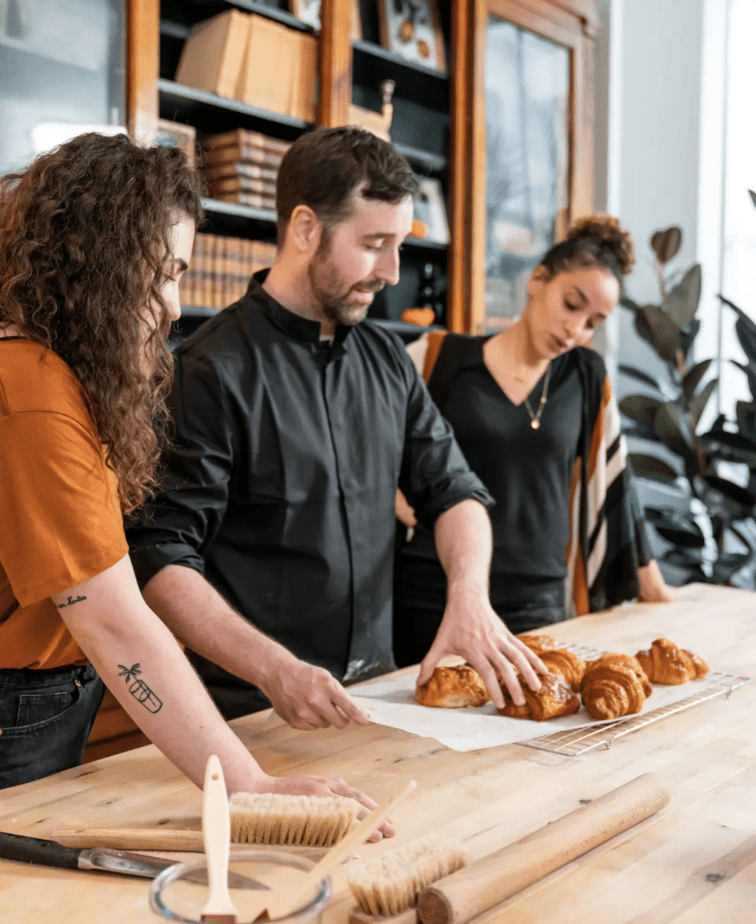 Cooking with Airbnb – by Airbnb – Sourced from their website

By browsing the site, you can sift through thousands of culinary offers by local civilians who, while they may not be professional chefs, do know a thing or two about French cuisine and are more than happy to pass on their skills.

This is a fantastic way to meet locals, make friends, and really integrate into the culture of France in the process.