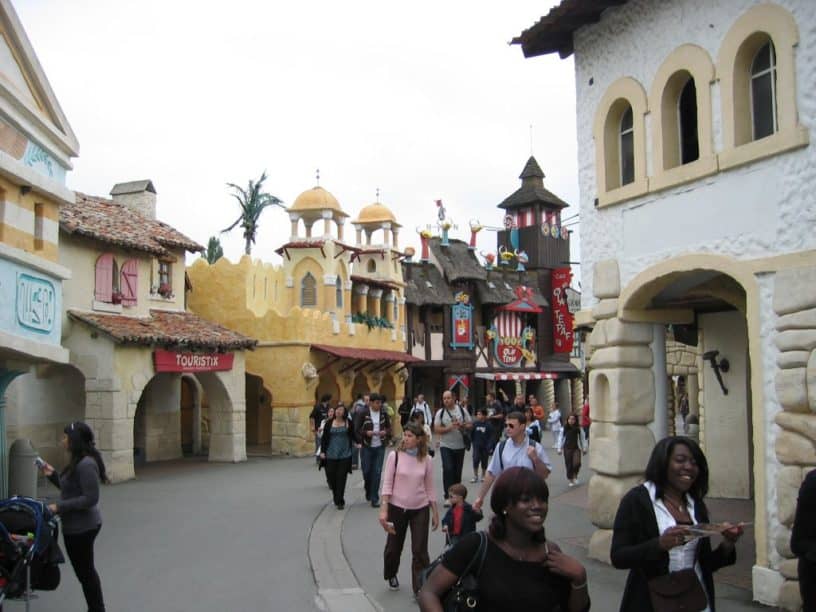 Pending your trip to Paris, you probably already have a surplus of day trip options on your plate.

Normandy, Disneyland Paris, Deauville… even Versailles counts as a full day trip due to the amount of time required to get in and around the property.

Allow me to add another.

The Parc Astérix is the second largest family theme park in France after Disneyland Paris. The park sees just over two million visitors per year, which is well behind Disneyland that is estimated at eleven million people per annum.

The park lies far north of Paris, just outside of the village of Chantilly where one can view beautiful castles from pre-Revolution days. Here is what to expect (and how to prepare for ) from your Parc Astérix day trip.

What to Expect from Parc Astérix

At its core, the Parc Astérix is simply a theme park. You can expect to find everything you’d usually enjoy in world class theme parks around the world: rides, park games, treasure hunts, live mascots and junk foods galore.

This is a family park which means there are amusement rides for people of all ages. Adults, children and even those traveling with toddlers can find something to suit their entertainment needs inside of the park. 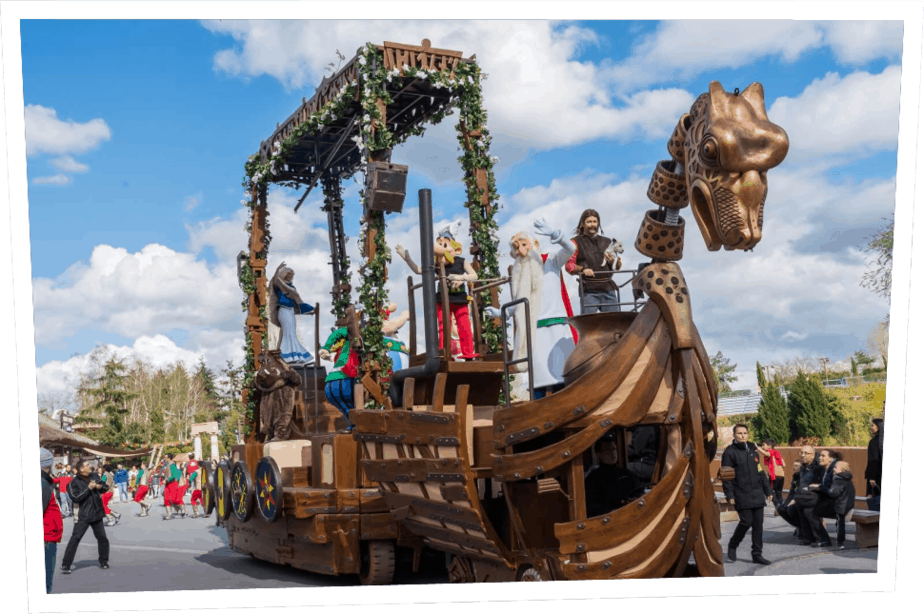 There are thirteen attractions that are geared toward children’s entertainment. Then there are twenty attractions designed to be enjoyed as a family, i.e. parents to accompany their little ones. As a bonus, there are seven additional rollercoasters aimed at the adrenaline junkies who visit the park.

The park was completed revamped in 2018, so even visitors who have been before can return and enjoy a completely fresh experience.

Upon arrival and ticket purchase you’ll be given a park map to guide you through the day. The map is printed solely in French, which gives you a good indication of how much of a tourist trap this attraction is not! Its the theme park of the locals. 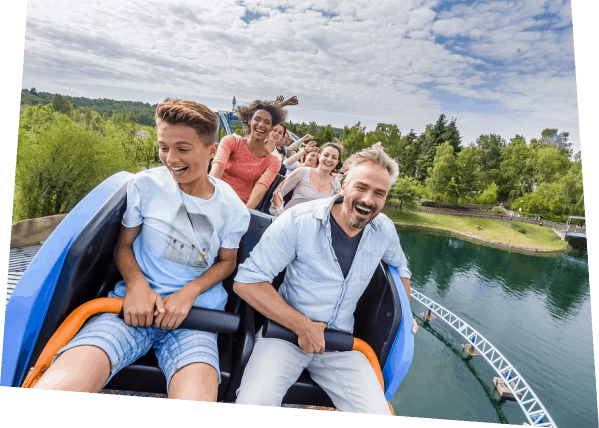 While out and about in Paris I’ve often overheard locals expressing that Parc Astérix is undoubtably the most authentic of French theme parks . The park is centered around the Astérix comic book series that originated in France and made waves around the world.

They first went to print in 1959, and adults & children alike have been fiercely loyal to them ever since. 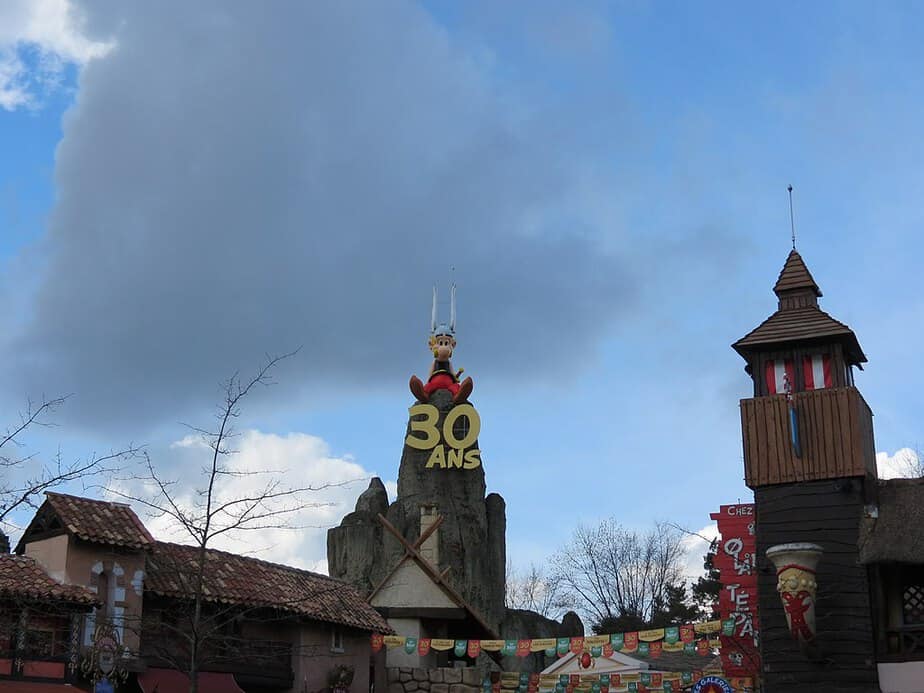 The books follow the tales of the village of Bretagne that is in a perpetual state of resistance toward Roman invasion. It explores parts of true history between the Egyptians, Vikings and Roman warriors.

When you look at Parc Astérix and the representation of these times that it has chosen to portray, the park becomes deeply rooted in French history and culture, far more so than Disneyland ever could.

The Astérix comic series is something the French are extremely patriotic about, regardless of what part of the country they hail from. So the Parc Astérix plays an important role in keeping the legacy of these works alive, while simultaneously inviting the rest of the world to be part of it as well. 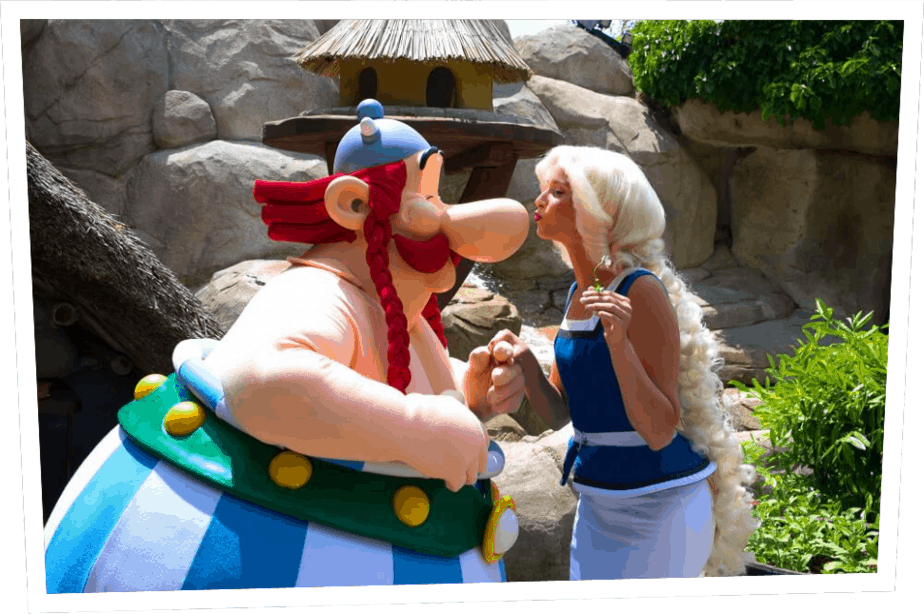 Getting to Parc Astérix from Paris

The park is situated around 22miles outside of the north of Paris. There is no direct train line to take you there, but there are many transport alternatives.

From the Louvre in the 1st arrondissement you can catch a shuttle that will cost just €20 return.

Omnibus and Flixbus offer routes to Parc Astérix with prices starting at €5 for a one way.

Finding someone to carpool with is a better idea if you are traveling with small kids. Renting cars in Paris is common and if you make small talk about your day trip plans during a free guided walking tour for example, you’re bound to find at least one other person who is keen on the journey and maybe has a vehicle. 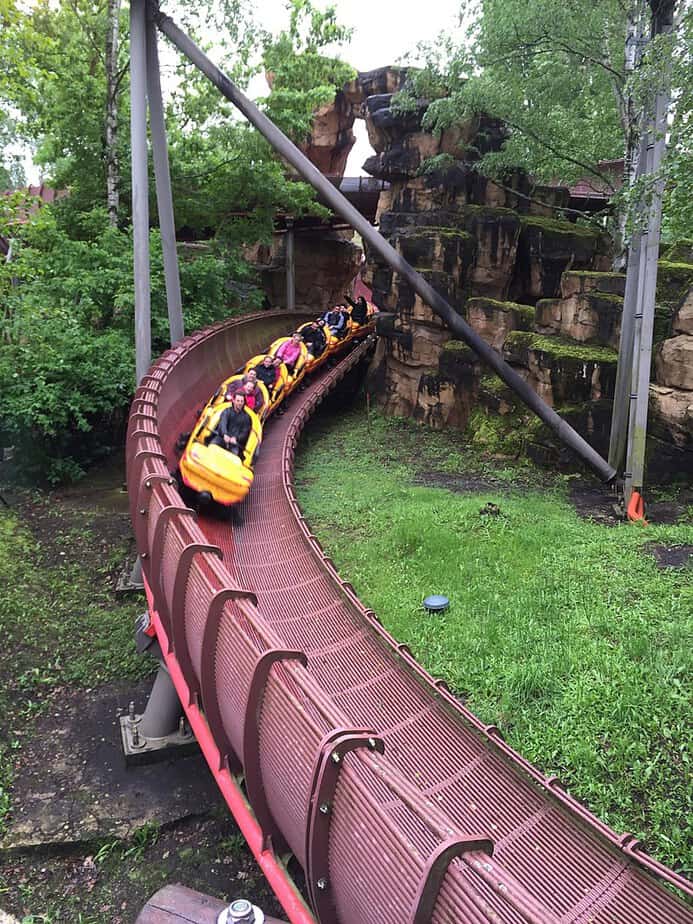 Alternatively any of the Parisian taxi drivers will gladly take you through to the park for their stipulated fee. You should also easily find one hovering outside the park when it is time to leave to bring you home.

Some hotels in Paris have been known to arrange shuttle services for groups wanting to make the day trip out to the park. Try rope in another family that is staying in the same vicinity to spilt the costs.

Prepping yourself and your family for this day trip depends largely on the time of year in which you are visiting. The weather of the day also plays a big role.

The Parc Astérix is open rain or shine. Bare in mind that you may leave Paris where it is sunny and arrive in Chantilly where it is pouring. Be prepared with umbrellas and rain coats where possible.

Comfortable walking shoes for all members of the family are a must. Strollers are recommended too for children under the age of five who may tire easily from the amount of walking the park requires.

In the peak of summer one should make use of sunblock and sun hats during their time in the park. 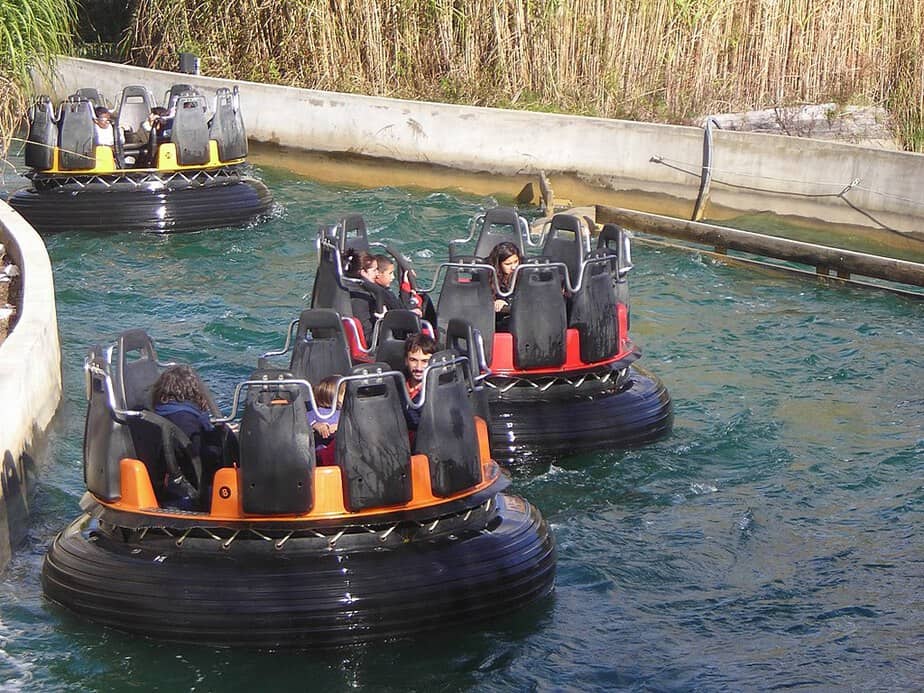 There are some water based rides so a change of clothing is great for children who might become unsettled otherwise. On this note, be sure to bring a plastic bag for your valuables if you’ll need to go on the water rides yourself.

Lastly, bring enough cash on hand for drinks and snacks. Food items start at €3. You can pay for park admission using a card.

Other than this? Perhaps just a brave face to put on when the little ones peer pressure you into accompanying them on the rollercoaster — bonne chance!