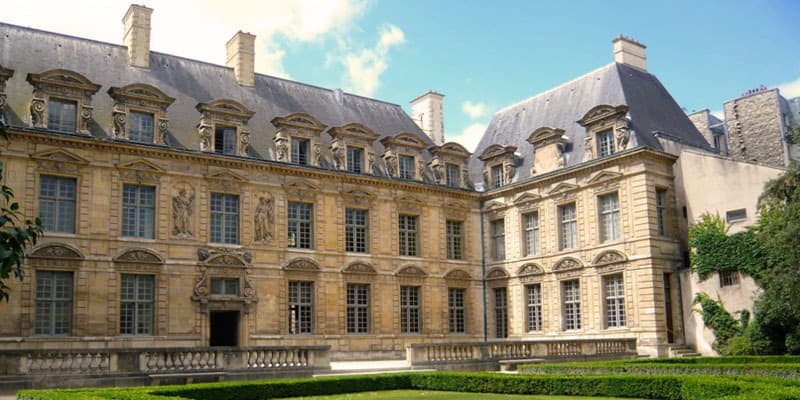 Read on to find out about the top 5 Marais mansions. A lot of private mansions were built in the Marais district during the XVIIth century. A lot of them were destroyed by the Revolution or the passing time, adding to the Marais district’s alternating appearance. Here is a selection of the few you should not miss! 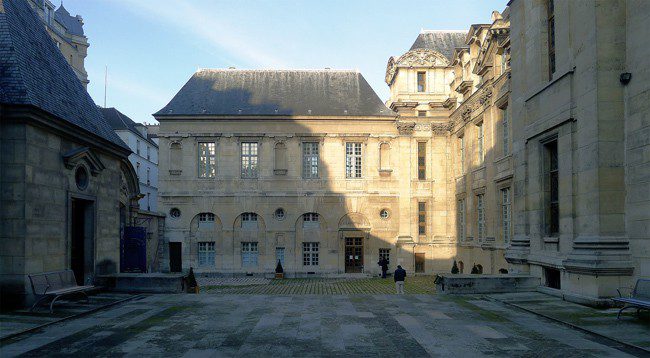 Kicking off our top 5 Marais mansions, located at the corner of the Pavée street and of the street of the Francs-bourgeois is the hote d’Angoulême Lamoignon. This private mansion is now home to the historical library of Paris. Don’t miss the garden at the rear of the hotel in the franc-bourgeois street, it’s really pretty at night when the lights are on.

Very near the hotel Lamoignon, the hotel Carnavalet is one of the oldest in Paris, the last remaining traces of Renaissance style architecture. It was built between 1548 and 1560. It’s now the museum of the history of Paris. My opinion is that if you don’t have a lot of time to spend in Paris, the museum may not be worth seeing, given that most of the amazing art pieces are in the Louvre. 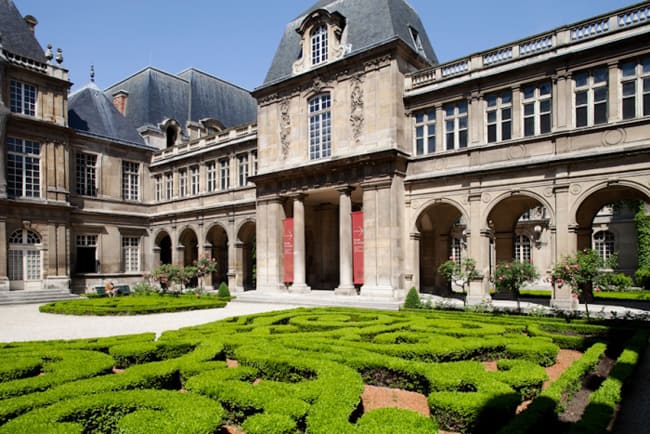 This hotel, together with the hotel of Cluny, is a mansion in middle age style. It is the last of its kind, earning its spot in our top 5 Marais mansions. This is where is queen Margot, the ex-wife of Henry the IVth lived in 1605. It’s now a public library specialized in fine arts. The towers are still the original ones. 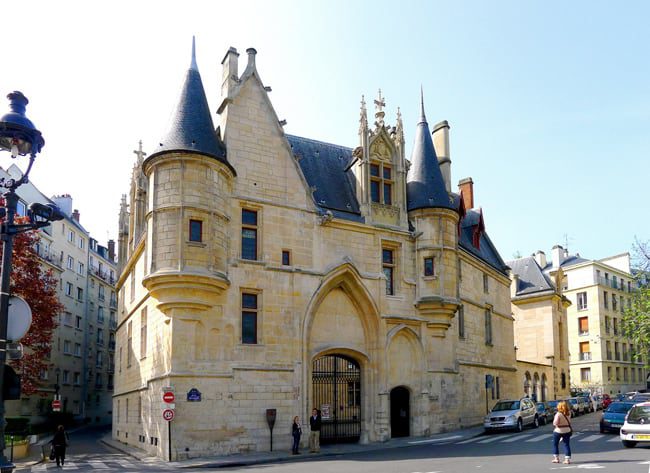 If there is one story you should know about this building is the one of one-eyed Catherine, Catherine de Beauvais. Famed for being really ugly and stingy, she was the teacher of Louis the XIV. That way, Louis the XIV would never fall for the charms of his teacher. This is also the place where the Mozart family used to live. 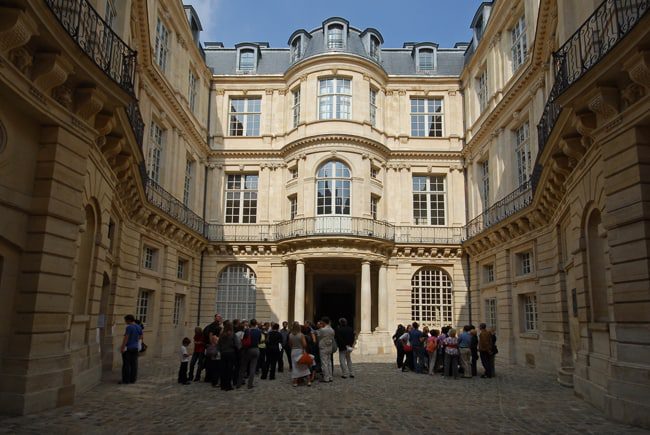 Last but not least, this hotel is one of the better preserved of the period. It is a typical illustration of the style of the mansions in the middle XVIIIth century. Le Vau, the same architect as the one who worked on Versailles constructed part of the building. I advise you to enter by the back door that can be found in one of the corners of the place des Vosges. 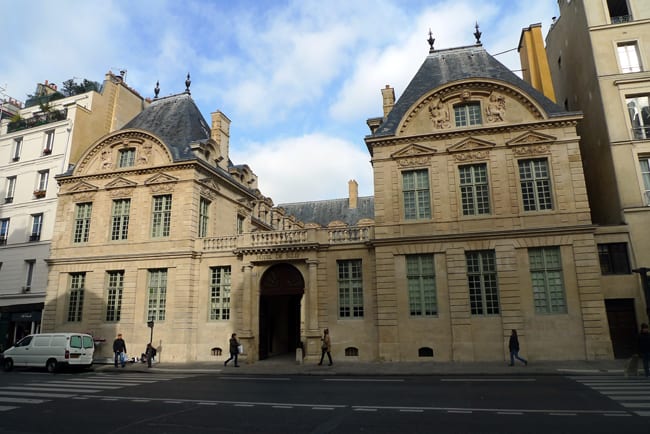 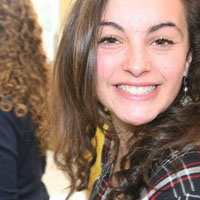