10 Beautiful Castles to visit in Normandy 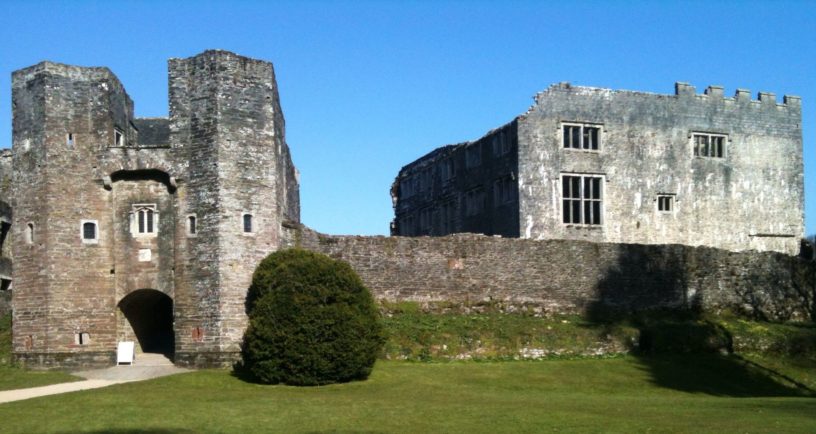 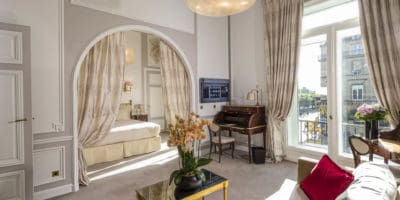 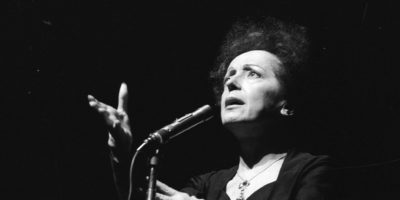 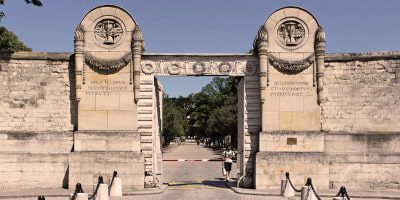 Things to do near Pere Lachaise cemetery 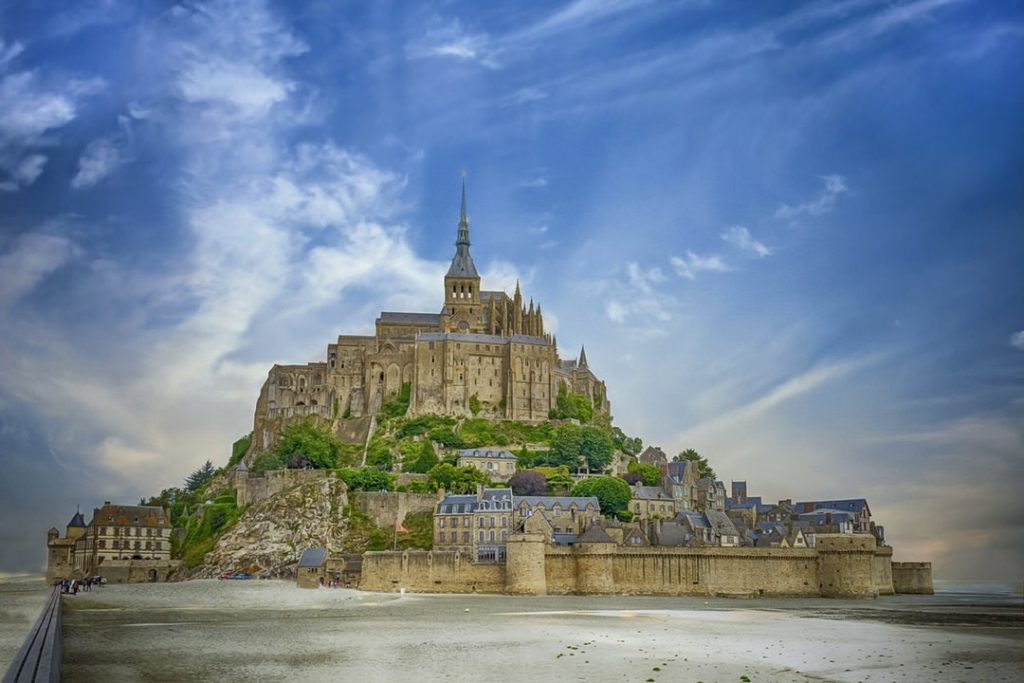 10 Beautiful Castles to visit in Normandy

There are several castles in France’s countryside. These castles are popular with both the locals and visitors from all over the world.

The architecture of these massive buildings is very captivating one has the chance to experience history first hand by strolling through these unique locations. The best place to spot the castles is in Normandy, it has some of the best in whole of France.

Most of these castles were used as forts during Europe’s medieval wars. Some remain as ruins while others have been restored and are as good as old.

Knowing that there are many castles in this region, a day or a week may not be enough to see them all.

Here is a list of 10 Beautiful Castles in Normandy and why you should visit them.

This magnificent fortress stands tall a top an island less than a kilometre from Normandy. You might not recognize it as a castle but an abbey. The reason it made as the first on the list is because of its impeccable architecture.

This building was built in the 9th century and was a Christian pilgrim destination for years.

For the years it served as an abbey and a war fortress, invaders never succeeded to break in. This was thanks to the high tides and the high ramparts.

It has not only served as an abbey but as a prison for the French Monarch’s opponents in the 15th century.

More than 2 million tourists, both local and international, visit this historical site every year. A view of the abbey from the bridge or its reflection when the tide is high is quite magical.

Chateau de Caen was built on top of William the Conqueror’s fortress and is one of the largest enclosed castles in Europe.

This castle was built in 1806 by William the conqueror and was classified as a historical monument in 1886.

Many battles happened in this castle and at one point was occupied by the English. Once at the castle, you will see a panoramic view of Caen city.

The castle has a medicinal garden and underground Rampart rooms. There are two museums within this castle that are worth a visit; the Museum of Normandy and the Museum of Fine Arts of Caen.

St. Georges church that was built by Henry I in 1123 can be found here too.

In 1182,  Henry II and his two sons, Richard the Lionheart and John Lackland were hosted in this castle among other knights for a Christmas feast. 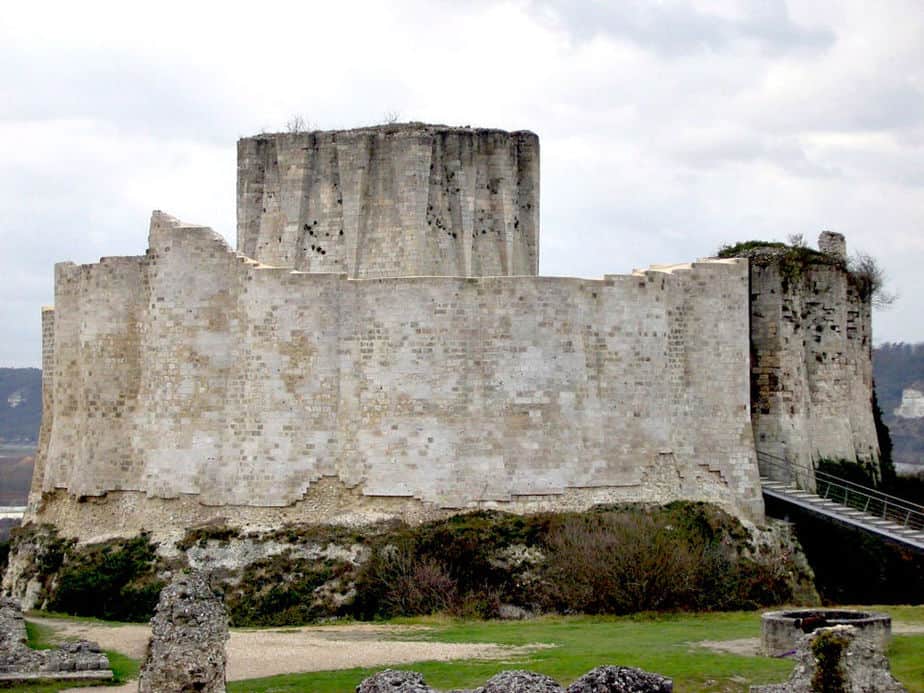 This castle is from the medieval times and all that remains are the ruins. Château Gaillard ruins overlook the River Seine above the commune of Les Andelys.

It served as a military base for Richard the Lionheart in the 12th century and to date is a testament of a concentric fortification. The openings in the wall that allowed them to pour hot oil, boiling water, or drop stones on invaders.

It is believed that it took at least 2 years to build this castle unlike most that took 10 years.

Henry IV of France ordered its destruction in 1599 and has remained so to date. The beautiful ruins are close to the Seine River and are surrounded by beautiful landscape.

This is one of the best-preserved castles in France and hosts the oldest arboretum in the country. It was built during the 12th century by Robert d’Harcourt, a friend to Richard the Lionheart. The arboretum was built in 1802.

Château d’Harcourt is an excellent example of medieval architecture. The Castle got modified in the 14th and 17th centuries to make the castle habitable.

There is a large wall with double ditches surrounding the castle that was built in the 13th century. The ditches were dug to protect the castle from invaders.

A permanent exhibition of the Castle is available for one to learn about the site. 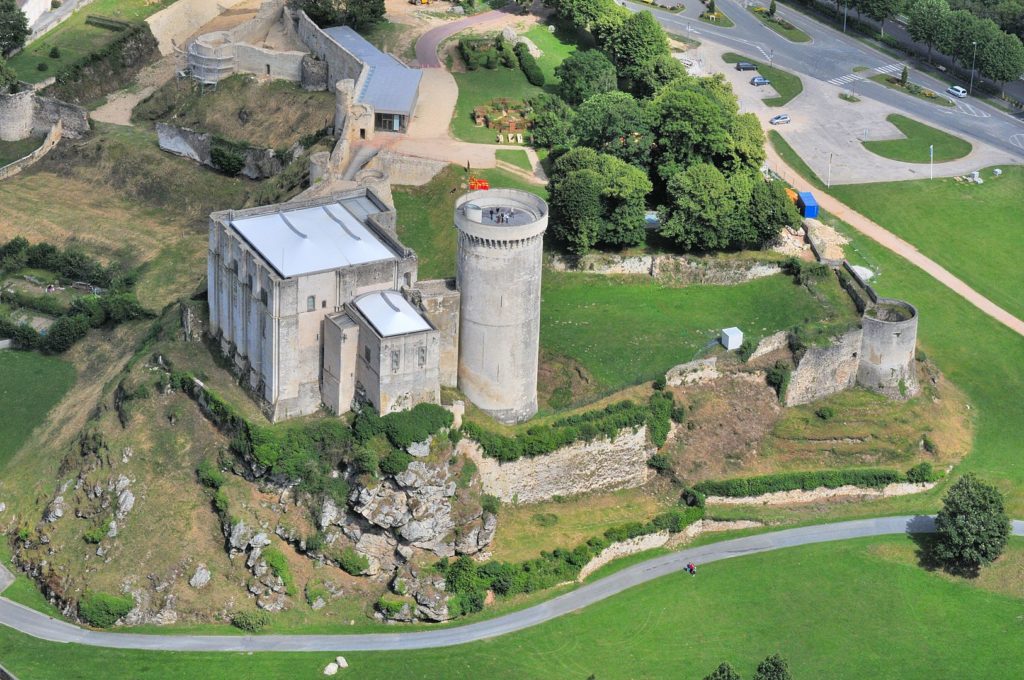 Aerial view of the castle By Viault – Wikimedia

Chateau de Falaise was named after a cliff by the same name that rises above the little town. This castle served as an important military base well before William, Duke of Normandy was born in 1027.

William the conqueror spent his childhood here before becoming a duke in 1035. After winning the battle of the Hastings and conquest of England in 1066, he was nicknamed ‘the conqueror’. It got listed as a historical site in 1840.

The architecture of this castle is impressive and it overlooks Falaise town that has several historic churches and museums. The castle got restored in 1986 and 1996.

Falaise was also the birthplace of the first Norman King of England.

Rouen Castle served as a fortified ducal and royal residence in the city of Rouen. This city also serves as the capital of the Normandy region of France.

The castle is characterized by the Tour Jeanne d’Arc which is part of the keep that remained mostly intact. This was restored by Viollet-le-Duc, although a considerable amount of the original structure was dismantled in 1591.

The castle was built by Philip II of France between 1204 to 1210 after he seized John a duke of Normandy and King of England.

Like most castles in France, this castle also served as a military fort in the Hundred Years of war.

It was administrative headquarter for power and politics in the Duchy of Normandy for at least 400 years. It replaced the ducal palace of Rouen.

The chateau de Creully was built at the beginning of the medieval period and continued for more than a century. It is found between the cities of Caen and Rouen.

This castle is made of an enclosure, vaulted rooms and a square tower. In 1050, the castle was nothing close to a castle. It was agricultural land.

It played a vital role in the D-Day landing of the Allied troops of Normandy. The square tower served as a BBC headquarter until 1944.

Chateau de Creully changed hands between the French and the English over time.

Visiting the castle during warmer months, you will see beautiful flowers complementing the surrounding environment and the castle. 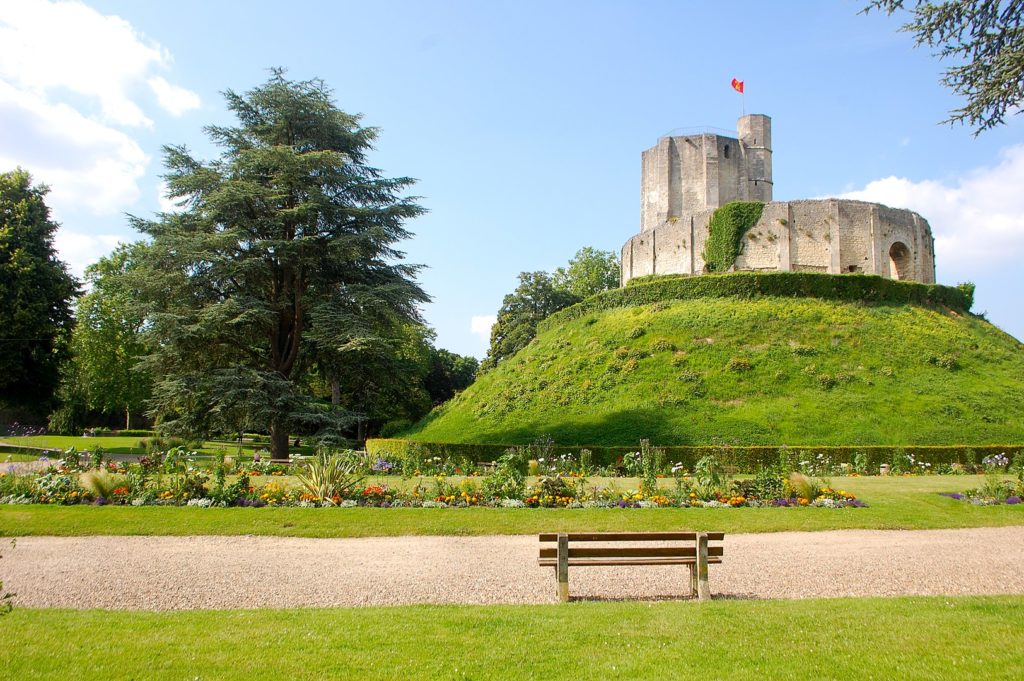 This is one of the most important forts for the Dukes of Normandy. It was built in the 11th century as a wooden keep upon a 15-metre motte. Most of its original structure was constructed in 1095.

They then strengthened it the subsequent century using a circular stone curtain wall. Legend has it that it used to be a hiding place for the treasures of the Knights templar.

This castle was commissioned by William II of England. Henry I of England and Louis VI of France held a meeting in this castle in 1113. Philip II of France captured the castle in 1193 after King Richard I was held prisoner in a castle in Austria. He added a prison tower and a barbican.

Chateau de Carrouges was built from brick, slate, and granite between the 14th and 17th centuries. It is in the heart of the Normandie-Maine Regional Nature Park. This castle is an example of French Renaissance architecture.

There is a chamber dedicated to Louis XI, where he spent a night. You will also see portraits with images of the previous owners of the Chateau.

The chateau has a decorative wrought iron gate and a rectangular garden. The garden was designed by Francois Gabriel, an architect, in the 16th century. He added two symmetrical wings to the garden’s borders.

This castle belonged to the Le Veneur de Tillieres family until 1936 when they sold it to France.

Final on the list is the Château de Pirou. The castle was initially made of wood and legend has it that fairies built it. The site where the castle stands was initially belonging to the Vikings.

Part of the castle has been built on an island. This area which is the main part is conserved.

There is a gift shop at the castle that sells local products and souvenirs. The castle is a testament of the feudal warfare that emaciated this area in the past.

Inside the castle, you will find an embroidered cloth that tells the history of the Normans. This tapestry, similar to the Bayeux style, was created in the 1970s. 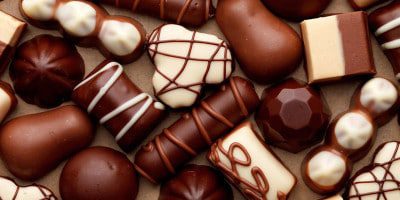 The best chocolate makers in Paris 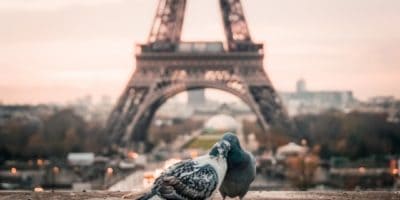 What To Find in Paris and Nowhere Else 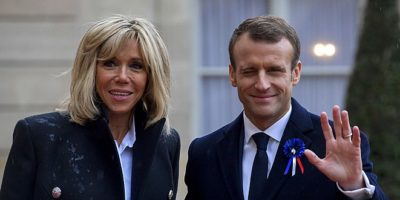 A Quick Recap of the French Presidents