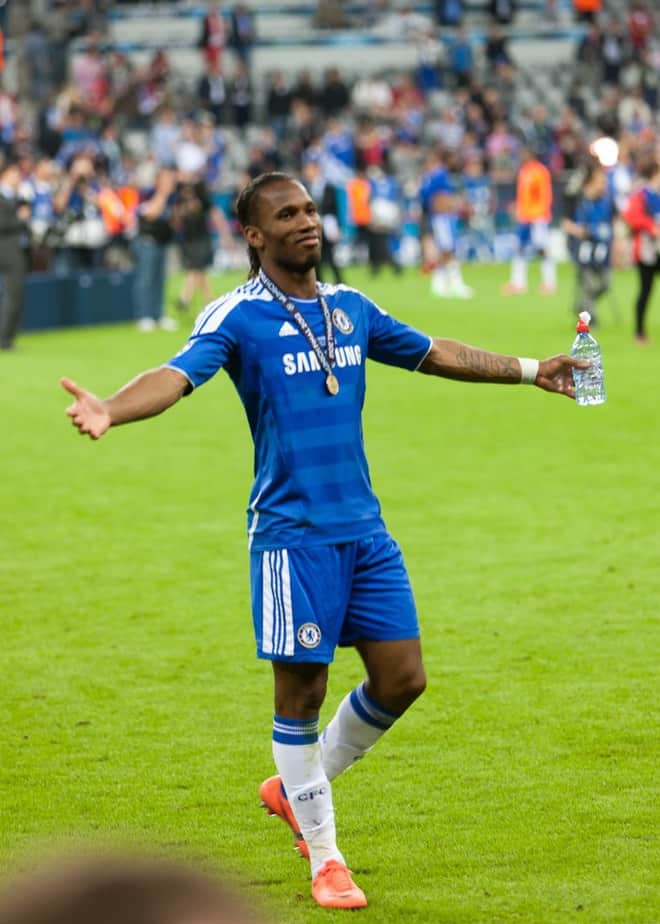 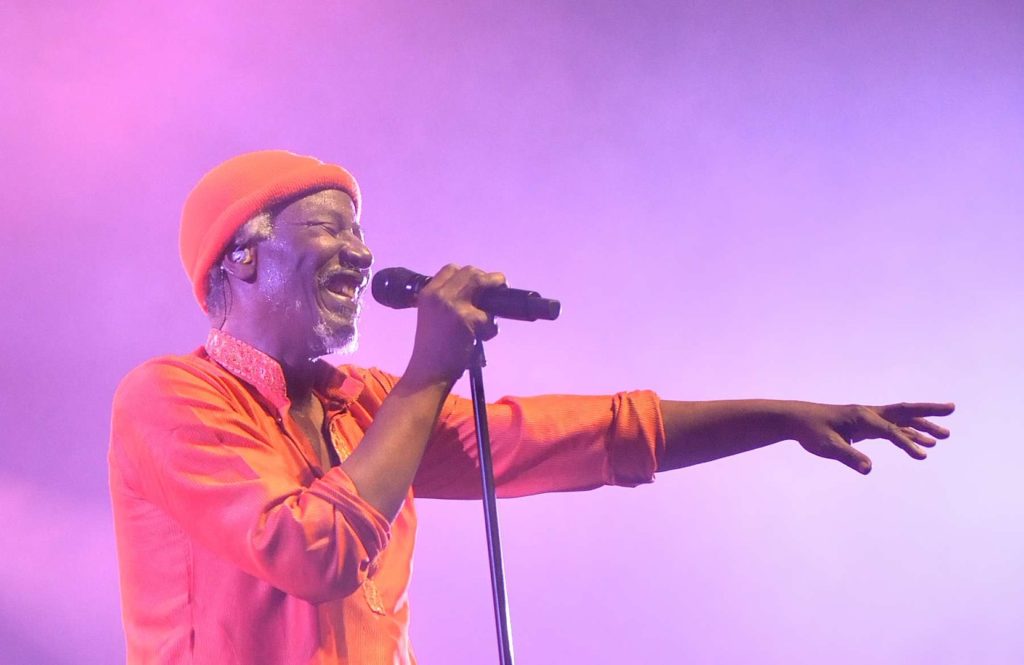 Formerly known as Ivory Coast, Cote d’Ivoire is one of the most successful francophone countries in West Africa.

The countries at its borders are Guinea, Liberia, Burkina Faso, Mali, Ghana and the Gulf of Guinea. It is one of the largest cocoa beans exporters from West Africa.

Cote d’Ivoire gained its independence on 11th July 1960 from France. The official language is French.

There are 78 different languages spoken in Cote d’Ivoire. The population is made up of Muslims, Christians and other native religions.

As a melting pot of cultures, the country has some of the most remarkable individuals with great achievements.

These people have left a mark in their country, the African region and the world. They made a difference in the world.

Here is our pick of the most famous people from the Ivory Coast. 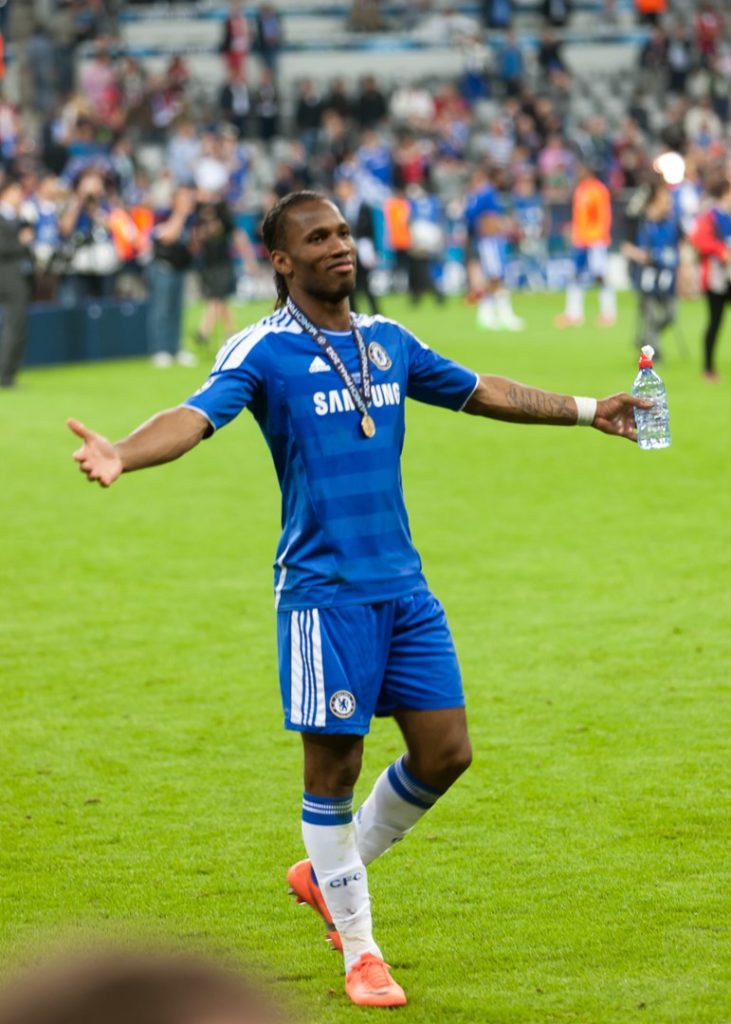 Didier Drogba, now retired, was one of the best players remembered during his time in Chelsea. He scored 65 goals and played in more than 104 games.

His goal score was the highest for the premier league team, Chelsea, by a foreign player. He is the 4th highest goal scorer of all time in Chelsea.

Drogba was also the captain of his national team, the elephants, for 8 years. By the time he retired, he was the nation’s all-time top goal scorer.

His key traits as a player included physical strength and his power to retain possession of the ball.

Other than being excellent on the football pitch, Drogba played an important role in mediating peace in his country. He pleaded with the combatants to ceasefire in 2005.

The rebels ceased fire after five years of civil war. Drogba is a UNDP Goodwill Ambassador. 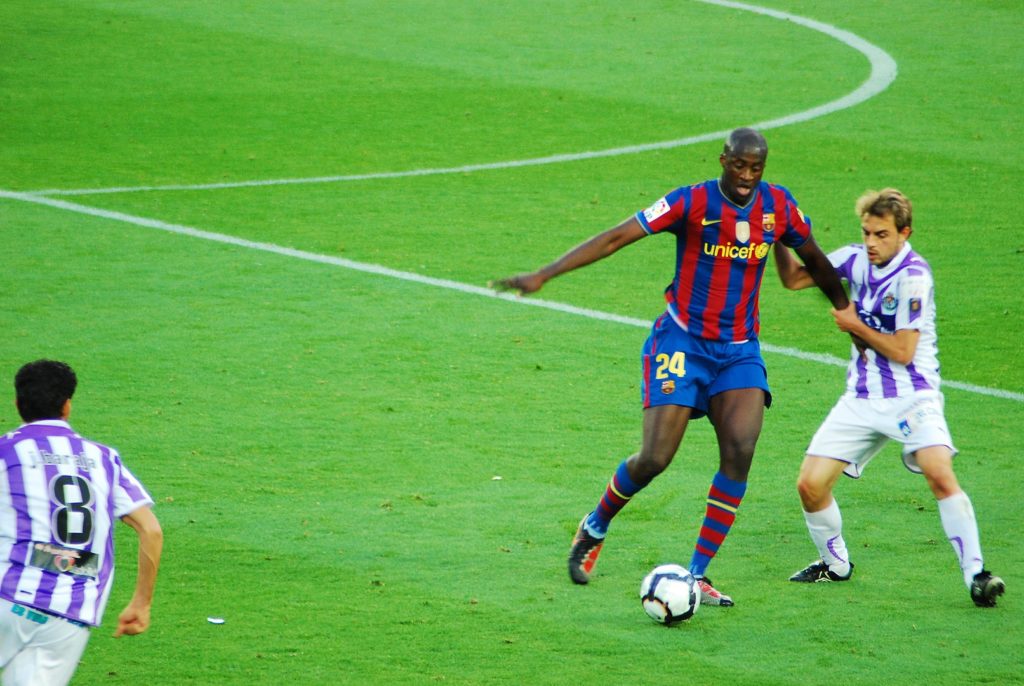 Born Gnégnéri Yaya Touré, this Ivoirian played as a midfielder for Manchester City football club. As a midfielder, he is famous for his great ball technique and physical power.

He also played for Barcelona and Qingdao Huanghai FC. Yaya Toure was the first Ivorian to play for the Spanish team, Barcelona.

Together with Didier Drogba, he represented Cote d’Ivoire in two World Cup, 2006 and 2010. The latter was held in South Africa, the first World Cup in the continent.

Yaya has a younger brother, Kolo Toure, who was also his teammate in Manchester City.

Presently, Yaya Toure is the assistant coach of the Russian Club Akhmat Grozny.

Isaach De Bankole is an award-winning actor who was born in Abidjan to Yoruba parents. Bankole is one of the most famous actors from Cote d’Ivoire.

He has been featured in more than 50 movies, his most famous roles were in the blockbusters Black Panther and Shaft.

Bankole got spotted while walking the streets of Paris. He was a student at a pilot school in the city. He graduated with a degree in acting and a Masters in Mathematics from the Universite de Paris.

Bankole has a private pilot licence.

DJ Arafat, born Ange Didier, was an Ivorian DJ and singer. He is famous for making the Coupé-Décalé music genre.

He comes from a family of artists, his mother Tina Glamour is an artist and so was his father Houon Pierre who was a musician.

To further his musical career, Arafat moved to France but was later deported after he overstayed when his visa expired.

Arafat got his moniker after the former Palestinian leader. As the most popular African artist in Francophone countries, he was one of the first to gain more than a million views on his song Moto Moto.

He has three awards on his name; the Best Artist of the Year at the Coupé-Decalé Awards in 2016 and 2017. He also bagged two WatsUp TV Africa Music Video Awards in 2016.

Born Seydou Koné in 1953, Alpha Blondy is a reggae singer and an international artist. He sings in his native language, Djoula, French and English.

Alpha Blondy sings on the social and political events in the country. Before becoming a fully-fledged reggae artist, he went to New York to study English at Hunter College.

His love for reggae was sparked when he met Rastafari and attended a Burning Spear concert.

Blondy was named the United Nations Ambassador for Peace for Cote d’Ivoire. He made a great contribution in bringing peace to his country during the 2001 attempted coup.

There is also a charitable foundation named after him. Its main goal is to fight social injustice and generational poverty.

During the Summer Olympics, she came in the 5th position. Her competitive race was in 2012 during the Africa Championships. She came in 3rd for the women’s 4×100 m relay.

Marie Jeanne Akobe, famously known as Akobs, is a food, product, and interior photographer. She is a firm believer in the importance of imagery in selling products.

Akobs draws her inspiration from daily activities, street photography and busy markets. This has made her one of the most sought after photographers in Cote d’Ivoire.

Her photography skills have made her customers visit the captured restaurants and even bought homes featured.

She uses props well known to most West African homes. Her love for colours gives her a unique niche hence why her art is so much loved.

Her most popular campaign is the Weaving Generations in 2019. The photo series featured the adverse effects on Cote d’Ivoire’s environment.

She studied environmental communication at the University of Quebec. After her studies, she returned to Abidjan.

Her tool of war to tell climate change stories, her identity and heritage. Noella uses her art to educate the public on the effects of urbanization on modern-day fishermen.

She uses light and colour to tell her story.

Cote d’Ivoire is not short of impeccable female photographers. Saphir Niakadie bought her first camera when she was a teenager to replicate what she saw.

She used this for storytelling as a way to explore the human experience. Saphir uses photography to express human emotions and their experiences.

Her art has got her partnerships with brands such as Keds, DSW, and homegrown magazine, Milc, and has been featured in Nylon, Vogue, and on Blavity.

She hopes to use her art to create a new narrative for Africa and the diaspora.