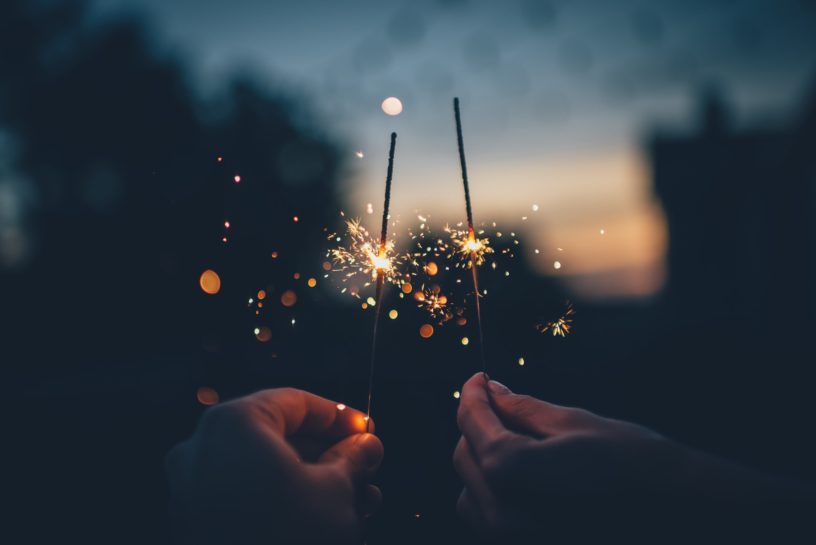 If you are lucky enough to spend New Year’s eve in Paris this year, you need to know a few tips to make sure you make the most out of your stay! New Year’s eve is kind of big deal. One usually wants to spend a great time, to have fun and to party! Plus, you will get to experience one of the best fireworks show ever! In Paris, on the Champs Elysées, close to the Arc de Triomphe is where it happens. At 11.30 pm, an amazing and breathtaking light show will begin and the fireworks will start at midnight. So, I strongly advise you to come early if you want to enjoy the show. Besides this, there are plenty other things to do on New Year’s Eve in Paris.

Trust a Parisian on that one! Here’s our article on how and where to spend New Year’s Eve in Paris. Enjoy!

Go to the Champs Elysées and party with the locals

It’s almost impossible for you to miss the Champs Elysées on New Year’s eve. You won’t find a nicer spot, as it is festive and open to everyone.

It’s the only night of the year where you can meet strangers with a glass of wine in their hands drinking and clinking glasses to the New Year on the world’s most beautiful avenue! But do not stay out in the neiborhood too late, as it becomes a little more dangerous as the night unfolds.

>> Read this article to find out some of the best places to eat near the Champs Elysées! However, you need to know that if you want to eat in one of these places on New Year’s eve, you will need to book in advance!

Get invited to a house party 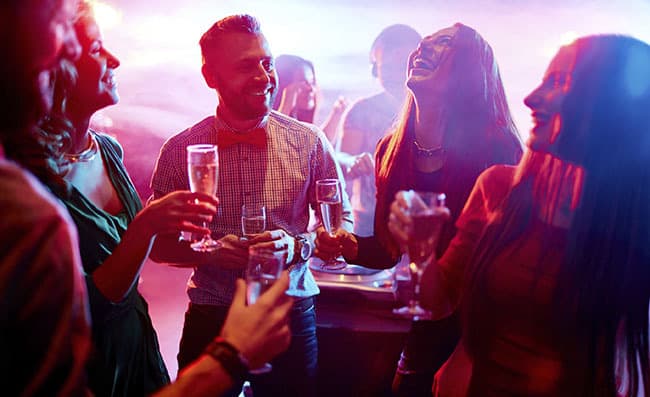 As a Parisian, I’d tell you that there’s nothing better than finding a house party. That is how us, Parisians, usually like to spend New Year’s eve. If you meet the right people, you could be invited! But most bars also organize special events for New Year’s eve, so you’ll easily find a warm nice spot to celebrate while listening to live music. 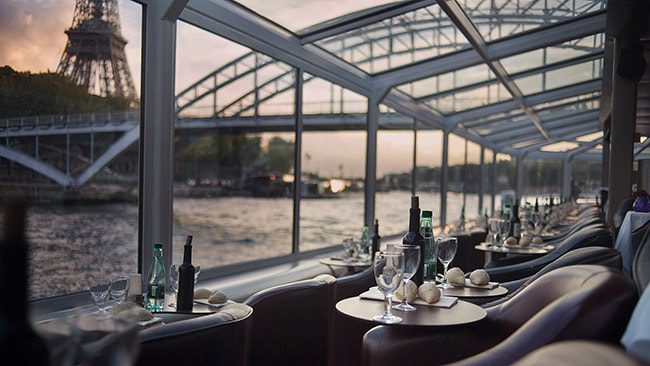 If you’d rather celebrate New Year’s eve in a Parisian and unique way that you are unlikely to enjoy again anywhere else, then you can take a boat cruise on the Seine at night, when the city is still lit up with all the decorations. For New Year’s eve, many parties and fancy dinners are organized on boats over the Seine river. You can check the different options here.

On a boat cruise, you will have an unequaled sight on the banks and of the landmarks of Paris.

Enjoy a concert in Sainte Chapelle 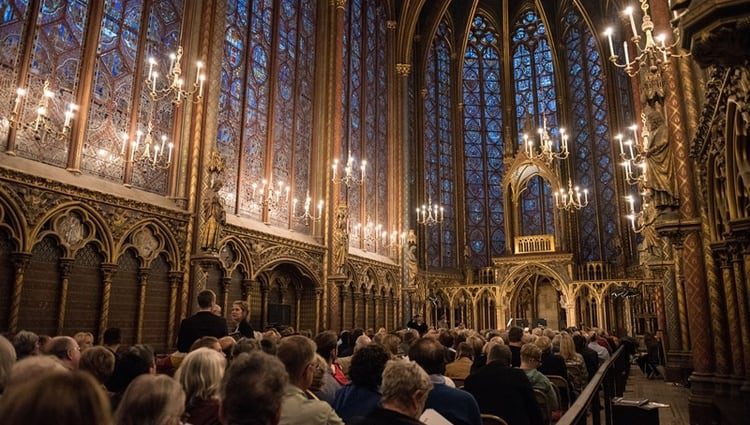 If you are into music, you might also spend the evening at one of the concerts played at the Sainte Chapelle. They usually adapt their program at the end of the year, so you’ll be able to enjoy gospel and winter songs.

Go to a cabaret 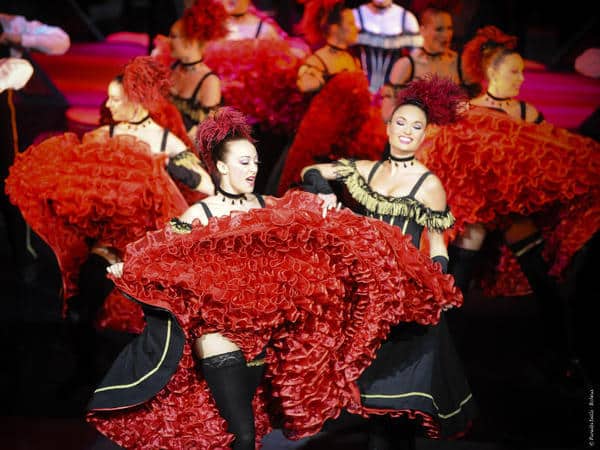 Another great way to spend New Year’s eve in Paris is to spend it in a cabaret. For instance, in the Paradis Latin, for around 360 euros per person, they propose a very special night. Starting at 9 pm, you can have dinner, tasting the best French specialties, at midnight the dancers give you an awesome performance. After 1.30 am, the dancefloor is all yours, and at 4 am, they even serve breakfast! Here is a programme that will keep you occupied and amused all through the night! 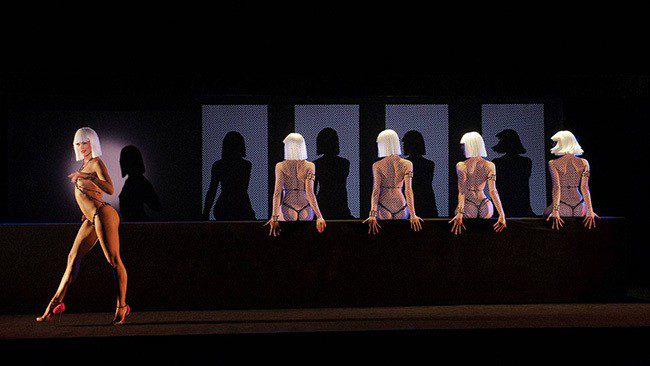 You will also love a Crazy Horse performance. At this cabaret, the sexiest, most sensual shows happen! It will give you a night to remember for life! Caviar and champagne will be served throughout the shows. Parisian elegance and sexiness at its best!

>> Read this article to learn more about the best cabarets in Paris.

>> If you want to know some traditional French dishes you can have while in Paris, check this article.

Spend the last night of the year in a club 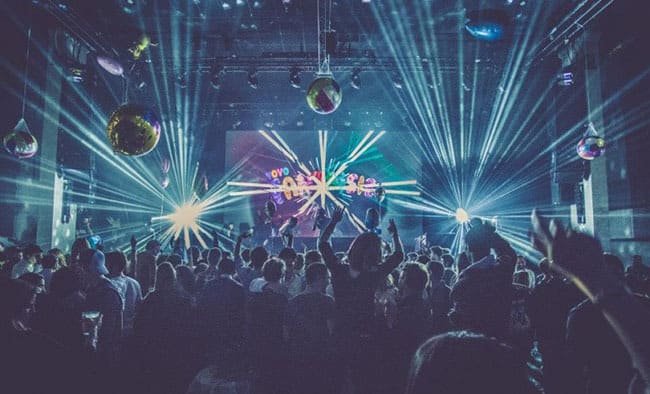 For New Year’s eve, some Parisians also love to dress classy and go to a club. To party and dance the night away is a great way to end the year and to start a new one! Almost all the Parisian clubs propose a fun programme with plenty of DJs! It’s almost impossible not to move the body! If you don’t plan on dancing, you better stay home! Joking! However, the price of entrance usually costs between forty to sixty euros. If you want to go to a club, don’t forget to buy your tickets in advance because they usually sell out.

A few more tips for you

Now let me give you some of my tips to avoid disappointment and to make sure you spend a great night on New Year’s Eve in Paris:

There are plenty of ways and places to spend New Year’s Eve in Paris! With all these tips, you should be able to spend the greatest New Year’s eve ever, Parisian style! I hope you’ve enjoyed reading this article and that it has been useful! Of course, the best way to spend New Year’s eve is simply to relax, to let go and to have fun! Don’t hesitate to contact us if you need further information about anything! See you soon in Paris for the best night of the year!