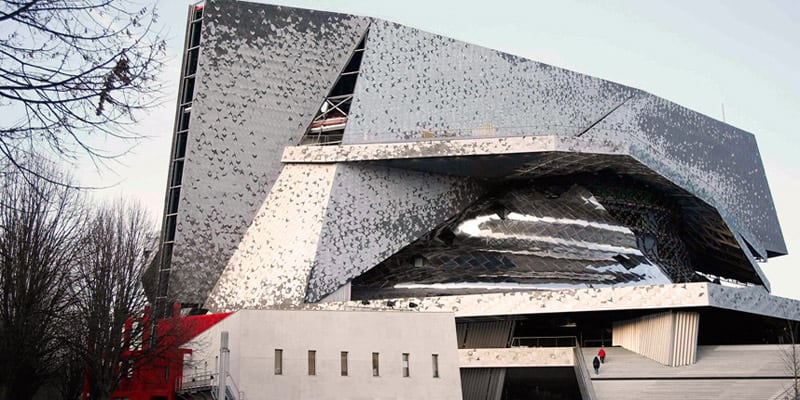 From medieval houses to particular mansions and modern lofts, Paris enables you to see the evolution of architecture. Paris has emerged as the capital of architecture audacity by constructing modern buildings, elegant and slender. Check out new buildings in Paris. 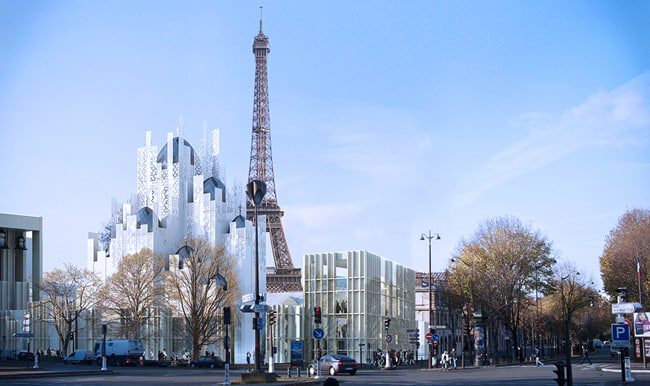 The Philharmonic of Paris 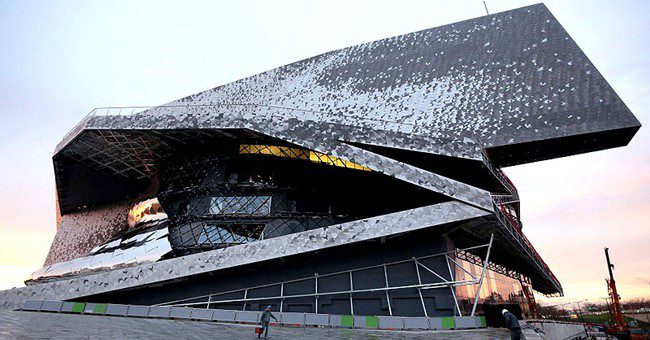 After more than six years of construction, the new auditorium of Paris was finally unveiled. This colossal project was started in 2007 with an initial budget of 160 million euros. It responded to a need of the capital that lacked a modern concert hall dedicated to symphonic music. A call for the project was held by the Paris municipality and the government and Jean Nouvel’s project was chosen for the new building.

The project of the architect was quite ambitious and presented two major characteristics: the metallic cover of the building and the disposition of the seats in the main hall. Jean Nouvel inspired himself from the Philharmonic of Berlin which was the first that surrounded the orchestra with the public. This allows to have a larger audience, a larger capacity – the main hall can welcome 2’400 spectators – and reduces the distance between the public and the musicians, thus creating more intimacy. The metallic cover of the new building is composed of 80’000 birds made of aluminum and cast iron. This results in a contrast between the different shades of metal, giving the cover its modern aspect.

The construction did not proceed as planned: it took two and a half more years to finish the building and the budget exceeded its initial amount of 200 million euros. Indeed, the Philharmonic of Paris was supposed to open in October 2012 but finally opened in January 2015 in the presence of the French President, François Hollande. There has been a lot of criticism against this project, mostly because of the tremendous amount spent but also because of the place where the Philharmonic was built, on the Boulevard Voltaire, in the 19th arrondissement, in the very North-East of the capital. Actually, the orchestra of Paris used to perform in the Salle Pleyel, located near the Champs-Elysées and this is quite a change for those who were accustomed to this chic neighborhood.

The idea is to gentrify the area where the Philharmonic stands now by attracting new visitors like families during the week-end. A lot of affordable and free concerts, exhibitions and shows will be organized in this modern building dedicated to classical music. 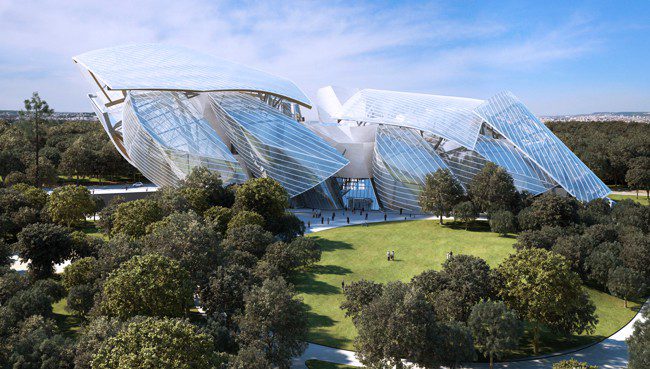 More and more luxury brands have a foundation that establishes a link between the company and art. For example the jewelry manufacturer Cartier created a foundation for contemporary art more than thirty years ago, in 1984. Louis Vuitton had created one in the 90’s but did not have headquarters that could fit the ambition of this foundation which is promoting art and culture and sustaining the patronage of the company. The CEO of the LVMH Group, owner of Louis Vuitton, Bernard Arnault gave some of his personal collections with some masterpieces by Basquiat, Giacometti or Olafur Eliasson.

The Foundation was designed by the architect Frank Gehry, renowned for his unique and bent style. The building looks like a ship with sails filled by the wind. The twelve sails are made of glass. The architecture seems to defy gravity, rivaling with the clouds. Like all the new buildings in Paris, a lot of parties wanted to make the project fail, such as the association for conservancy of the Bois de Boulogne.

The Louis Vuitton Foundation is located between the Jardin d’Acclimatation and the Bois de Boulogne. The former is an amusement park that will delight the young and the latter is one of the most famous places in Paris, where locals love to spend their weekends.

Minister of Defense, the Balard building 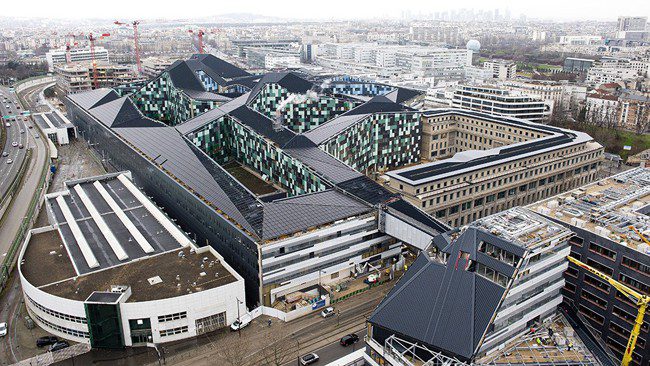 Often called the « French Pentagone », this building situated in the south of Paris, in Balard, is spectacular by its size and its cost – 4.2 billion euros. That was the tremendous amount spent for the headquarters that will see daily 10’000 employees.

With a nursery, several fitness rooms (its the minister of militaries), an indoor swimming pool and half a dozen restaurants, the new building will be a small town within Paris.

Marceau grew up in Paris, in Africa and the Middle East. He studies political and social sciences at Sciences Po, in the Saint-Germain des Prés district. His favorite spot in Paris is the Montsouris park because he can read books on the grass when spring comes. 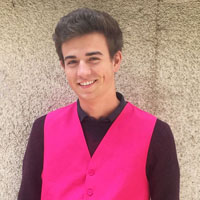 Marceau grew up in Paris, in Africa and the Middle East. He studies political and social sciences at Sciences Po, in the Saint-Germain des Prés district. His favorite spot in Paris is the Montsouris park because he can read books on the grass when spring comes.