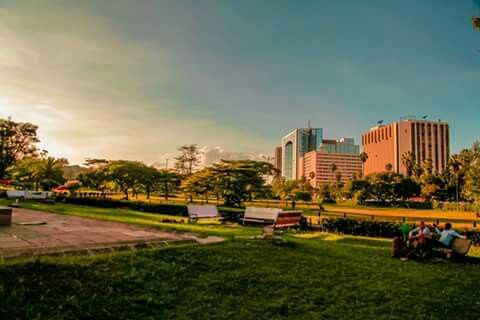 Do you enjoy picnics? Would you want to have a picnic with your family and friends while looking for things to do in Nairobi? Then why not try out one of the many picnic spots all over the city?

You will be surprised to learn that not many Nairobians have taken time to discover these spots themselves as a majority of people work Monday through Saturday and a big percentage go to worship Sunday mornings and lock themselves in their homes Sunday afternoons.

Some Nairobians also flock restaurants especially during the weekends, maybe without the knowledge that they could spend less money and some quality time in a field/forest somewhere enjoying a picnic.

So what top 5 picnic spots are the best in Nairobi? 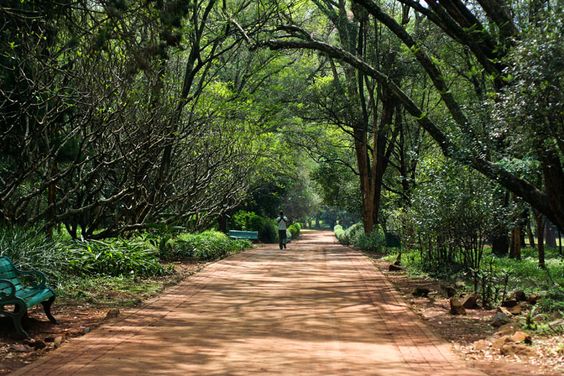 Located 3km from the city centre along State House road, the Nairobi Arboretum is a nature paradise. It is a 30 hectare space of land that has at least 100 different bird species, attracted by the over 350 species of indigenous and exotic plantation and long paths to stroll around. It is open to the public, so anyone can visit.

You may however encounter groups of people singing, praying, or even playing musical instruments but, not to worry as the land is big enough and you can always find a quiet space to enjoy your picnic.

There’s an entrance fee of Kshs.50 and you are charged extra to walk in with your camera. 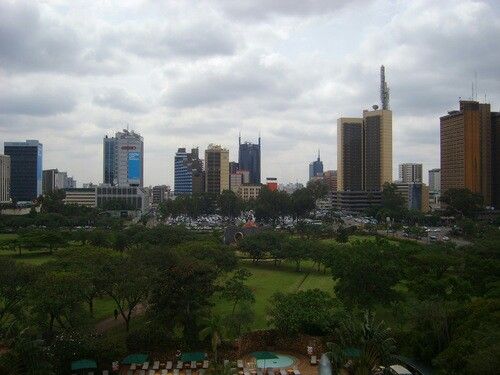 Just a short walking distance from town, Uhuru Park is where most Nairobians assemble to celebrate national holidays, or for political rallies, or even for prayer meetings.

It is a huge park that is able to hold a large group of people. It is also where a number of Kenyan presidents have been sworn in.

Spotting a beautiful artificial lake that is used for boat riding at a small fee of Kshs.50, and lawns for people to chill out on, it is a perfect spot for relaxing with family and friends while in the city. You will also find a large number of youths skateboarding especially over the weekends.

In addition, the park houses a number of historic and national monuments. There is a section within it named “Freedom Corner “. You see, in the early 90’s, mothers of political prisoners went on a hunger strike asking that the detained prisoners be freed. When the police came to the area, the women stripped naked which led the men in uniform to flee fearing a curse from the women as per traditional beliefs. 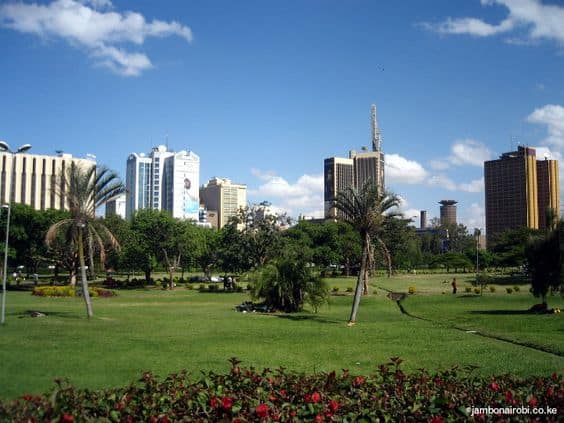 This is also another park that is just a short walking distance from the Nairobi Central Business District. It is sometimes confused to be an extension of Uhuru Park, but these are two separate parks.

It is located along Uhuru highway and next to the famous Nairobi Serena Hotel and the University of Nairobi, and is a favourite of many Nairobians.

It can easily be identified by the “Uhuru/ KANU Monument “, a historic monument built in 1998 which you see as soon as you enter the park. The monument was built as a tribute to Kenya’s second President – His Excellency Daniel Toroitich Arap Moi – and his 10 years regime. It is also there as an appreciation of Kenya’s freedom fighters and patriots.

The park is great for strolling because of its beautiful gardens, trees that provide a cool breeze when the city gets too hot, beautiful flowers, and the fact that it is away from all the noise in the city, provides an escape. It is also popular with photographers and has sections for children to play. Both the locals and the tourists hang out here.

Entry to the park is absolutely free! 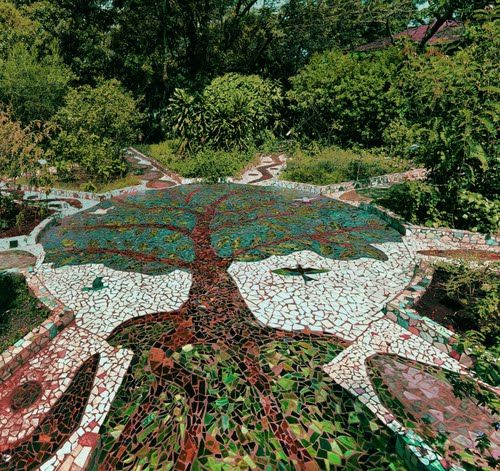 Sitting in the middle of the Nairobi National Museum buildings and the Nairobi River is this beautiful green area that is the Nairobi Botanical Garden.

The garden was created by the National Museums of Kenya to show the different vegetation that we have in the country.

Just like the Central Park and Uhuru Park, the area is just a short walking distance from the central business district.

Local visitors and tourists alike visit the garden for its beautiful lawns which you can observe while walking along the nature trail. There are also different and interesting garden sculptures that are entertaining to look at. 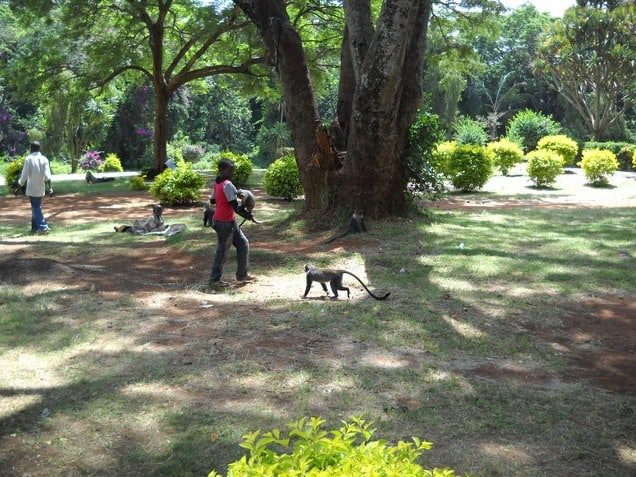 Established in 1921, the Nairobi City Park is a beautiful garden that takes up an area of 91 hectares piece of land.

It is located near Parklands in Nairobi.

It started as a zoological garden and was later declared a public park in 1925. The park has since been reduced to a fraction of its size by land grabbers and now only occupies a space of about 60 hectares. It has since been declared a protected area.

Just like the Botanical Garden, it has nature trails where most people visit to walk or even jog throughout the day. You might also be lucky to see some monkeys while in the park. I addition, the park is also famous as a picnic spot for families or group gatherings.