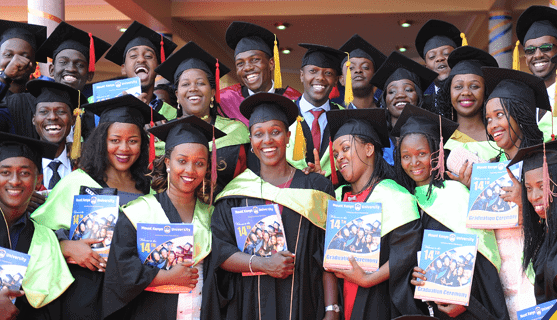 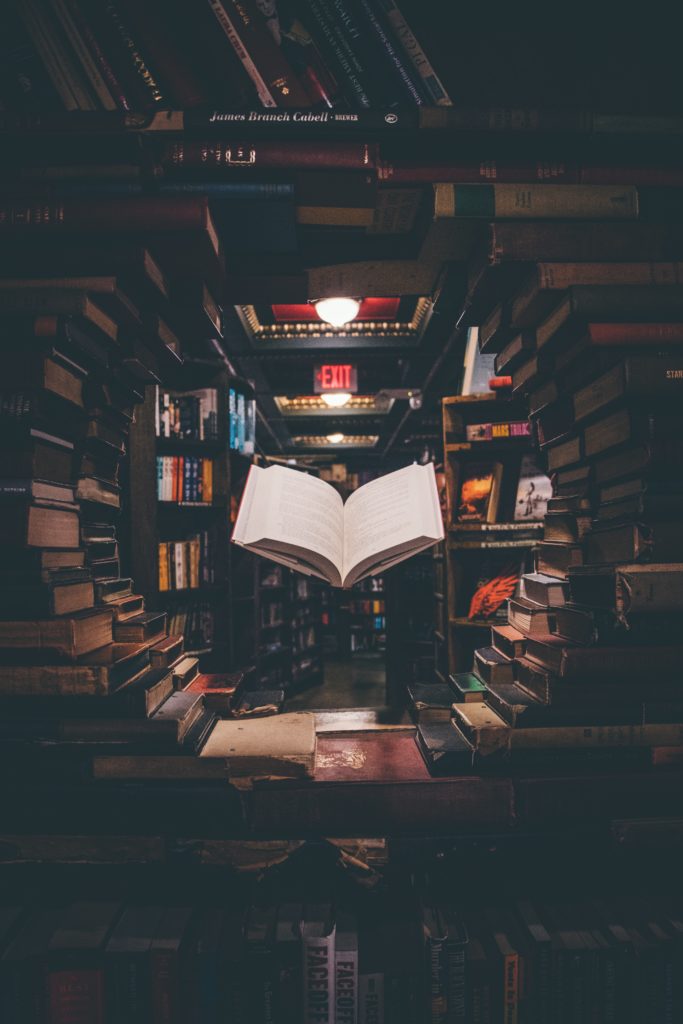 Photo by Jaredd Craig on Unsplash

Transitioning from high school to an institution of higher learning is what most students aspire. These institutions help shape the career path one chooses to follow.

It is also a place to meet and interact with people from different regions and other countries.

The choice that one makes in settling for an institution is dependent on the academic programs offered concerning their career choice, their finances and their ranking.

The demand for university education is quite high in Kenya, making it a competitive affair in getting a place in one of the best Universities in the country.

University of Nairobi commonly known as UoN is the oldest University in the Country.

It started as the Royal Technical College in 1956. It went through several transformations and name changes.

In 1970, the dissolution of the University of East Africa in Uganda, now known as Makerere University, lead to the birth of UoN.

It is always ranked among the best Universities to study at in the world. This has attracted students from within Africa and overseas.

There are over 40 nationalities represented at the University. It offers a competitive diploma,  undergraduate and postgraduate programs.

This University is located in the Capital city and the only one with the main campus in the city.

This location makes it the top choice for students that take either day or evening classes as one can walk to and from the institution.

UoN has modeled some of the best influential leaders in Kenya 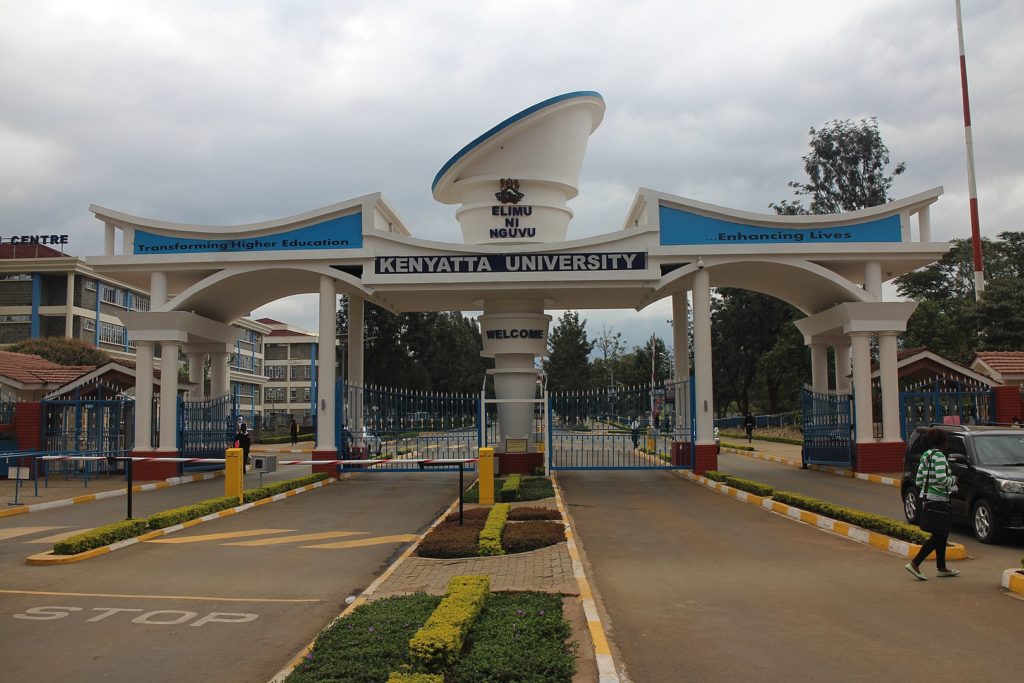 Kenyatta University was founded in 1985. It was the third institution to acquire the University status.

This university has been among leading in innovations and inventions by the students.

The university has the best programs in performing arts, fine arts, sciences and technology.

KU, as its known, has one of the largest teaching, referral and research hospitals that was opened recently.

It has two campuses in Nairobi, one in the city center and the main campus along Nairobi-Thika superhighway.

Moi University was founded in 1984 as the second public university in Kenya. It was named in honor of  Kenya’s second president, the late Daniel Arap Moi.

The University is in Eldoret, 90 km North of Nairobi city. It falls among the best 10 universities to study in the country.

The University has churned some of the best engineering students that have created applications used adopted for e-learning portals.

Other than being among the academic giants, the institution has some of the best sportsmen in rugby and athletics.

Egerton University is the best institution that offers programs in agriculture.

It started as a Farm School in 1939 by Lord Maurice Egerton of Tatton, a British national who settled in Kenya in the 1920s.

It got upgraded In 1950 to an Agricultural College offering diploma programs. It is located in Njoro, Nakuru County, a 2-hour drive from the capital city.

After several expansions and enactment between 1955 and 1979, Egerton Agricultural College was gazetted as a constituent college of the University of Nairobi. It became an independent University in 1987.

It leads to major agricultural research projects in the country. It also offers fellowships and grants to international students.

Maseno University is another top Kenyan institution of higher learning.

This University was founded in 1991 and is a public institution. It is in Kisumu County, western Kenya. It is ranked as the 14th best university.

Other than the medical, technology programs offered at the institution, it owns a Kisumu hotel that enables students to pursue tourism and hospitality programs to gain practical skills that position them better in the job market. 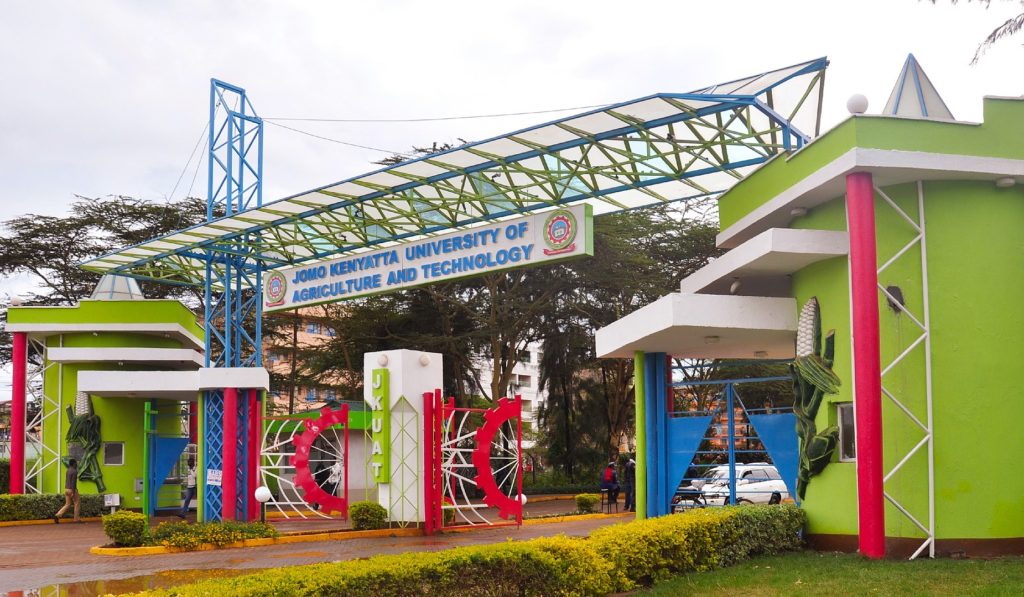 JKUAT is among the top universities that offer competitive courses in technology and engineering.

Arts, sciences, business and education programs are also available at the university. It is in Juja, Thika.

Mpesa, a popular mobile money transfer service in Kenya, was said to have been invented the application as his class project.

This university has an assembling plant that assembled and configured digital devices that were used in the 2019 national population census in Kenya.

JKUAT offers a holistic learning experience for its students. Other than excelling in academics,  it shines in sports bagging medals and cups.

This university was founded less than 20 years ago and has risen the ranks to be one of the best private universities in Kenya. It provides a holistic-Christian education.

It is along Nakuru-Eldama Ravine highway, in a serene environment making it an ideal learning place.

It has ultra-modern learning facilities and a library. It sits on 600 acres of land with recreation amenities.

Students can also learn virtually and earn their degree from the University’s virtual campus. This works best for working students or those that may not make it for a traditional class lecture.

Baraton as is commonly called is a private-Christian university in the outskirts of Eldoret town, Uasin Gishu county.

It was founded in 1978 and follow the Seventh Day Adventist doctrines. Students of any religion are admitted to the university.

MMUST is in western Kenya Kakamega county. It offers sciences and humanities-based programs.

It was named after a famous politician from the region who helped found the school. It was initially a college offering technical skill programs, arts and applied sciences.

Pwani, Swahili word for coast, is a public university college at the coast of Kenya in Kilifi county.

It was awarded the university charter in 2007. It has eight schools that offer health sciences, business and environment and Earth studies among others.

This university has students from all over the country and the East African region. It hosts major academic conferences showcasing research and innovations from the institution.

The universities in Kenya have academic exchange programs with partner institutions in the USA, Europe, Canada, Japan, China.

The universities have also adopted the use of portals that allow students to register online and access other tools and information.

All the universities accept international students. The tuition fee is slightly higher than that of Kenyan Nationals.

Higher learning institutions are places you get to meet new people and learn new cultures and create lasting friendships.