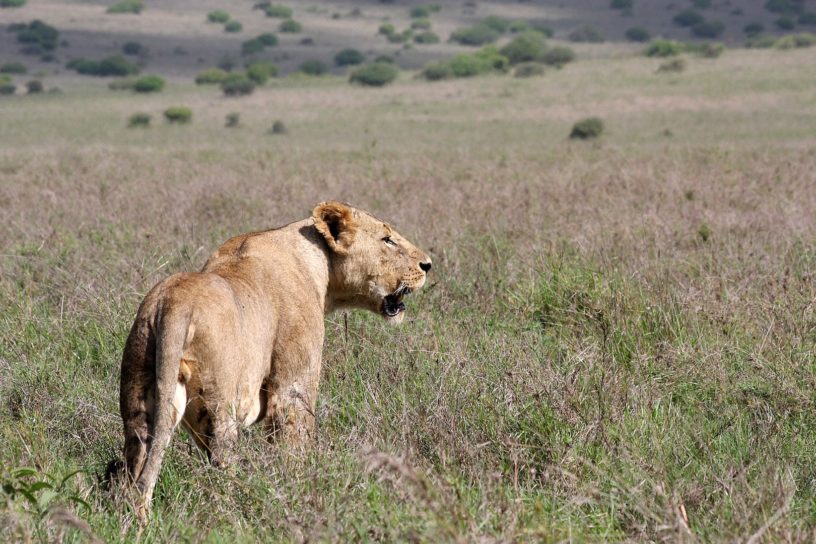 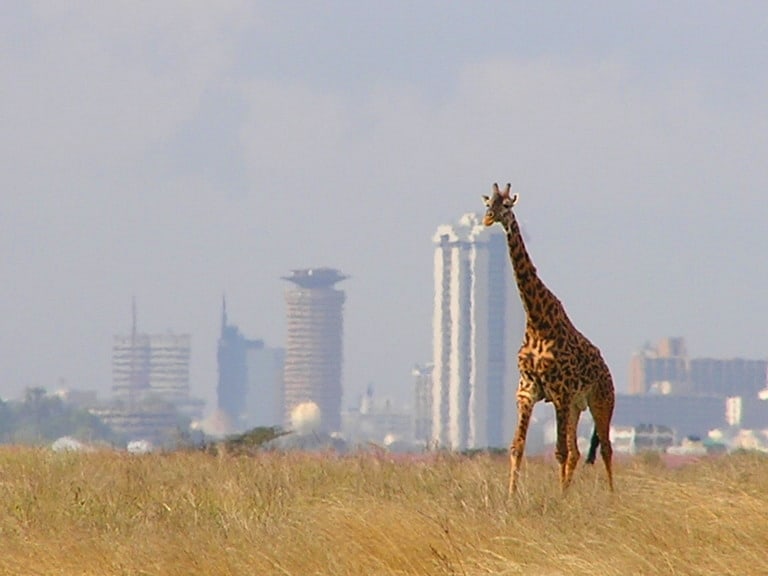 Nairobi National Park in Kenya was established in 1946 and is about 7 km south of the city.

The Park is fenced on three sides, while the open southern boundary allows migrating wildlife to move between the park and the adjacent Kitengela plains.

Even though the Park is close to the city and is of a relatively smaller size than other parks, it boasts a large and varied wildlife population. It is one of Kenya’s most successful rhinoceroses’ sanctuaries.

Its proximity to the city makes it a great option for a day trip out of Nairobi in case you have a long layover while at Jomo Kenyatta International Airport in the city.

It is also perfect if you are in Nairobi for vacation and want to get a day of sightseeing in.

Let us now delve into the top 10 facts about Nairobi National Park.

1. It is the closest National Park to a city in the world

This park is just 7km away from Nairobi city. The National Park is also the main tourist attraction for visitors to Nairobi.

Some of the top attractions include the park’s diverse bird species, cheetah, hyena, leopard, and lion.

Other attractions are the wildebeest and zebra migrations in July and August, the Ivory Burning Site Monument, and the Nairobi Safari Walk and animal orphanage.

Most Nairobians visit the park throughout the week and you may bump into school children on field trips visiting the park.

While at the park, you may opt for a guided tour or self-guided tour.

There are Safaris too whereby if you have your car you can drive through the park using a map or take a tour guide driver who will lead you to all the best places to spot the animals.

While in the park you can see many of the skylines of the City Centre.

2. Nairobi National Park is the oldest park in Kenya

This is the oldest National Park in Kenya; it was gazetted in 1946. The Park is free-ranging and is only fenced off on the areas closest to the city.

As Nairobi city grew in the 20th century, conflicts between humans and animals increased. The residents in the city would walk with weapons at night to protect themselves from attack.

Other animals such as Zebras would ruin and destroy vegetable gardens and flower beds.

Since the animals originated from the west and south of Nairobi, the colonial government set that area aside as a game reserve.

The area would later become Nairobi National Park which was part of the larger Southern Game Reserve.

3. There are several birds and animal species in Nairobi National Park 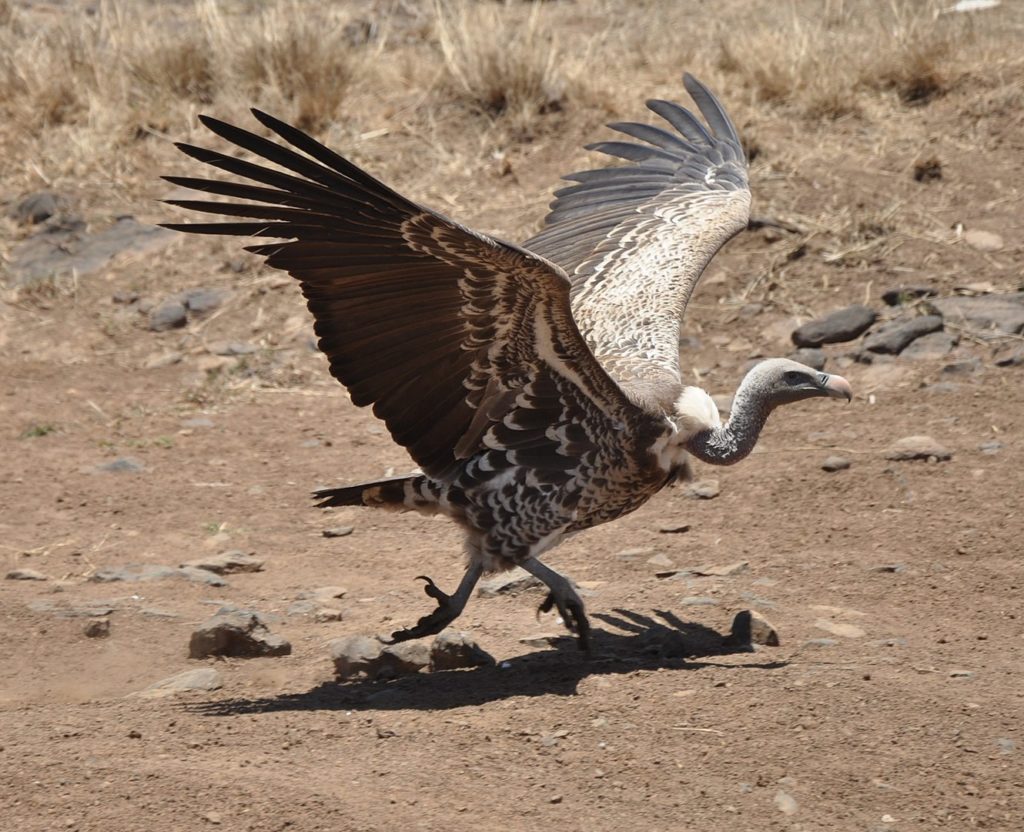 The Nairobi National Park has over 600 species of birds. About 500 of them are permanent and migratory species in the park.

The herbivores use the Kitengela conservation area and migration corridor to the south of the park to reach the Athi-Kapiti plains.

During the wet seasons, these animals spread over the park since there is plenty to graze on.

The Park experiences a high number of animals during the dry season. There are small watering holes near the rivers in the park.

These dams have created a man-made habitat for birds and aquatic species.

4. The Nairobi National Park is home to an Elephant orphanage 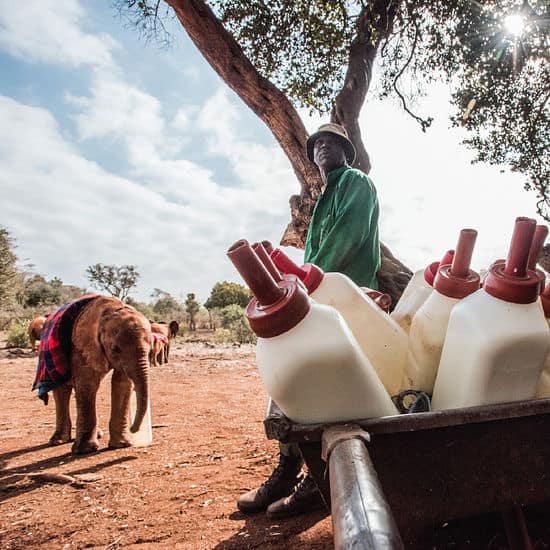 The Elephant orphanage in the Park was founded in 1977. It is the centre for rehabilitation and rearing of orphaned baby elephants.

A visit to this orphanage will teach you the lives of the animals and how they are rehabilitated back.

There are two public visits to the park where you can participate in feeding the elephants.

These elephants sleep under the same roof with their caregivers.

There are rhino calves to being cared for at the Sheldrick Animal Orphanage Sanctuary.

It is also home to many sick and injured animals that are brought here for care, rehabilitation or surgery.

5. Four of the big five are part of the main attractions in Nairobi National Park

Major wildlife attractions in the park other than the birds are Black rhino, lion, leopard, cheetah, hyena, buffaloes, Giraffe, zebra, wildebeest, elands and diverse birdlife with over 500 species recorded.

6. Nairobi National Park has the highest number of black Rhinos 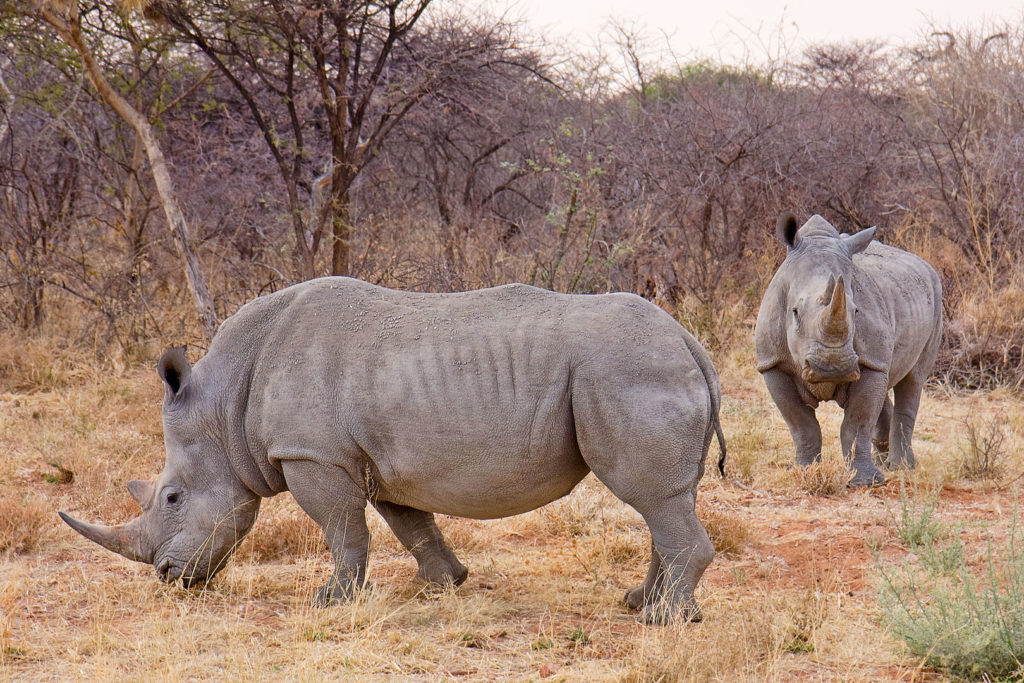 This Park has the highest density of black rhinos in the country. During your game drive, you will not miss spotting the rhino.

The park is a rhino sanctuary with 76 indigenous black rhinos and 13 white rhinos.  These endangered rhinos are transferred here for their own protection from poachers.

Can you tell the difference between a black rhino and a white rhino? Here’s how to tell them apart, the black rhinos are bush-browsers and carry their heads high.

They have a triangular mouth and hooked upper lip that changed from stripping leaves and thorns off bushes and low-growing trees.

The white rhino on the other hand got their name from a misnomer.

The name white is a mispronunciation of the Dutch word wide. This is in reference to the square upper lip of the white rhino.

They are grass grazers, have longer necks and their heads are bigger, pitched downward towards the ground.

7. There are no Elephants in Nairobi National Park

They were moved from Nairobi National Park to reduce Human-wildlife conflict. The other Big four can be found in the park.

This Park has one unique accommodation for those that would like to experience the wild and the city in the same breath.

The Nairobi Tented Camp is the first of its kind to be allowed in this unique safari destination.

There are 9 tents that house 2 people each. They are self-contained with toilets and shower.

This camp gives you a wilderness escape where you can savour the thrill of camping in the heart of thick bushland right on the doorstep of Nairobi.

9. There are two other animal sanctuaries within Nairobi National Park 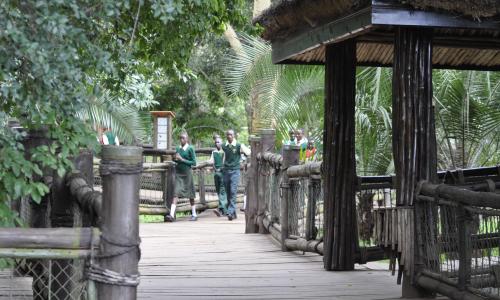 The Kenya Wildlife Service has created a Safari Walk in the Park that highlights the variety of plants and animals that are in Kenya, and how they affect Kenya’s population.

It is made of the raised wooden boardwalk that allows for uninterrupted views of the animals.

The Safari Walk gives a glimpse of what to expect in other parks across the country. It features three major ecosystems wetlands, savannah and forestry.

10. It was at Nairobi National Park that the historic burning of Ivory took place

In 1989, the second President of Kenya, the late Daniel Arap Moi burnt 12 tons of illegal ivory.

This was done in order to end the ivory trade and save the elephants and rhinos from poachers.

Another set of ivory that was confiscated at the Kenyan airport while on transit to other destinations was burnt in 2016.

There were 105 tons of elephant ivory, and 1.4 tons of rhino horns.

The ivory burning monument is one of the attractions in the park.