Top 10 Facts about the Maasai People of Kenya 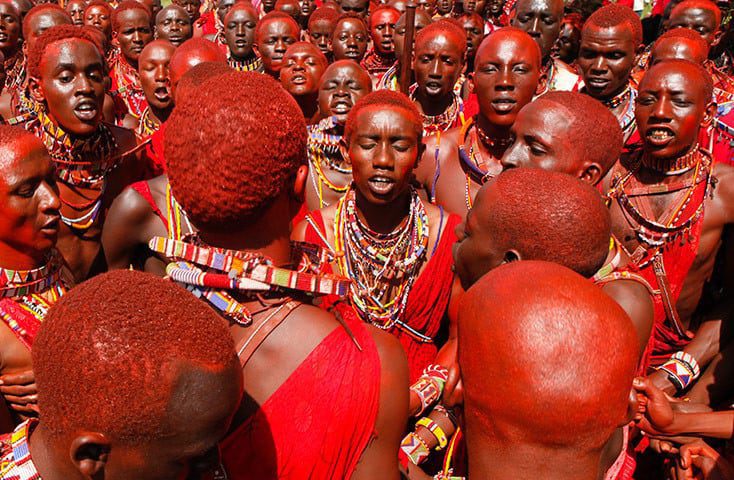 Top 10 Facts about the Maasai People of Kenya

Maasai is one of the many tribes of Kenya. It may be worth mentioning that we have the Maasai in both Kenya and Northern Tanzania, but this article will focus on the Kenyan Maasai.

Until recently, the Maasai were the dominating native tribe in Kenya and to date, they have maintained a big part of their traditions and lifestyle, setting them apart from the other Kenyan tribes.

They are usually defined by their colorful clothes which varies by sex, age and place. Most done a piece of clothing called Shúkà in the Maa language – a combination of red, blue, and green checked and striped cloths. A big number also have bald heads, and sometimes a “rungu” (club) in their hands for the men.

Below, I give you some facts about the Kenyan Maasai that to this day make them a unique group: 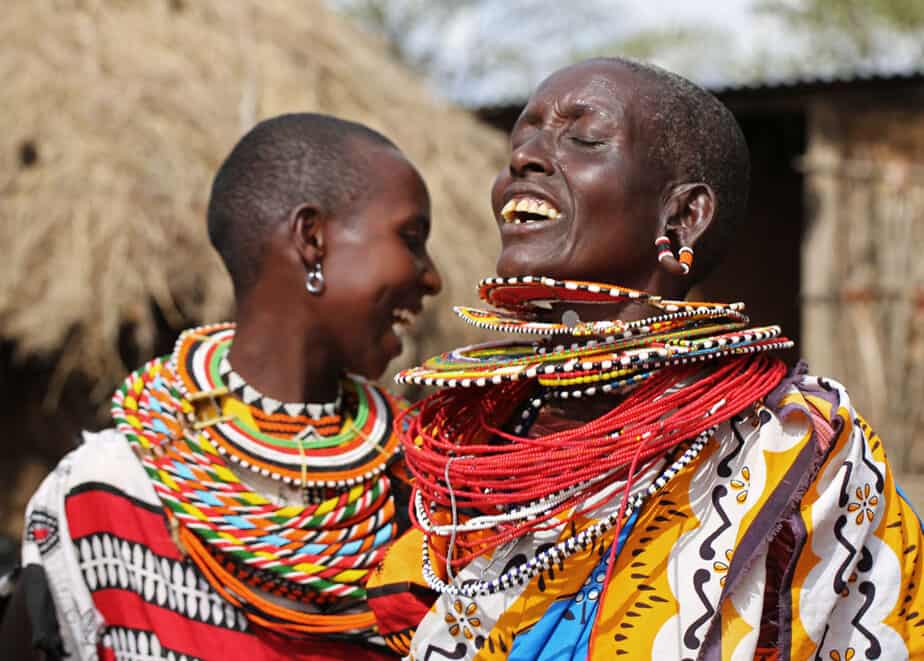 The Maasai have always been calm and courageous. They were formerly hunters, with their young men trained to hunt for food and to protect their families.
In fact, until recently, a Maasai boy would only be crowned a warrior if they killed a lion single-handedly using a spear.

Of course, this does not happen anymore as protection of our precious wildlife is paramount.

This has probably been one of the most intriguing fact about the Maasai people.
As strange as it may sound to some, the Maasai do in fact drink the raw blood of the cows and goats that they slaughter, which is their primary source of food. The act is considered honorable.

The drinking of blood used to take place on special occasions like when a woman gave birth or when a young man got circumcised, but nowadays the blood can be taken every time there is a slaughter. 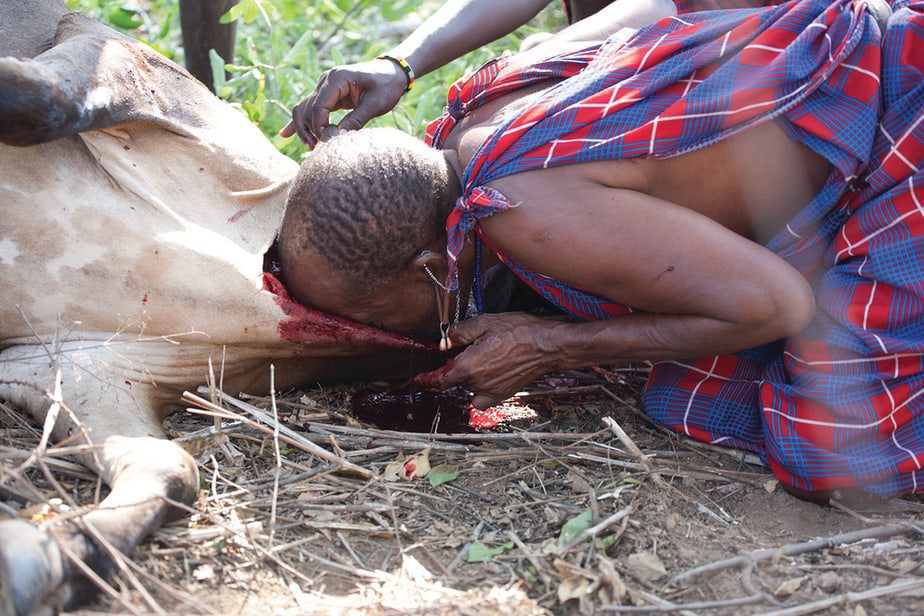 Their livestock and children are extremely important:

The Maasai have for a long time been semi-nomadic and pastoral, living by herding cattle and goats. Having a large number of livestock is a sign of wealth for any Maasai man. It gives you status, respect, and honor among the community. In fact, the Maasai used to trade with their livestock to acquire whatever they wanted.
They also value their children. A young Maasai woman would give birth to as many children as her body allowed (they got married early and some still do), as it is also a sign of wealth for the husband.

The modern Maasai does however understand the concept of family planning and its importance, but those in the villages still maintain some of these behaviors.
It is also important to note that if you have a large number of cattle but no children, you will still be considered poor and vice versa.

For a long time now, the Maasai women have been the ones building the “Inkajijik” – the Maasai hut which is normally circular or loaf shaped. These structures are impermanent in nature.

The traditional buildings are built using cow dung mixed with mud for the walls which have been structured using sticks, and then grass and more sticks for the roof. The floors of the huts are the bare grounds we walk on, which are swept at the end of the construction. 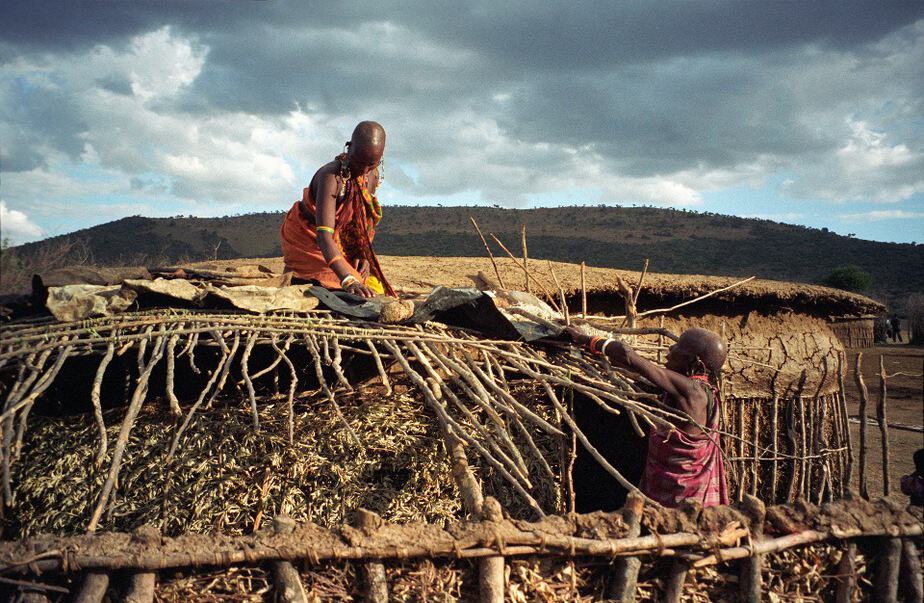 The men and women have separate defined roles:

For a long time, the Maasai men have been the ones hunting, taking care of their livestock, and protecting their homes and communities from enemies.

They fence their villages in a circular “Enkang” (fence) that protects their families and cattle at night from wild animals.

In turn, the women have been the ones cooking, raising children, and taking care of their men. 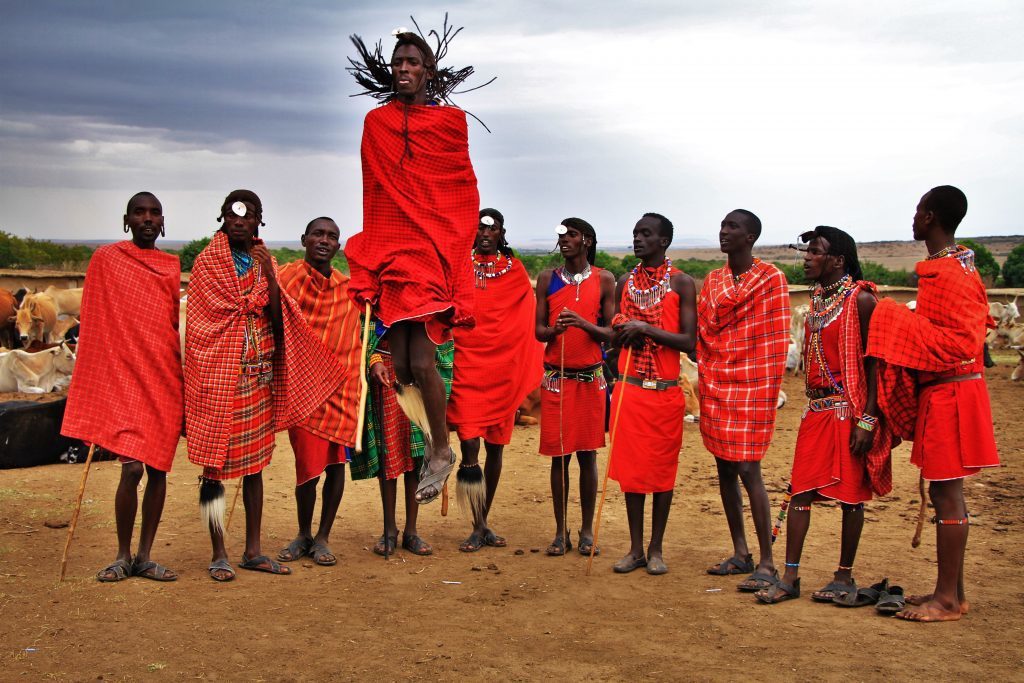 They love singing and dancing:

If you have a chance to visit some of Kenya’s major restaurants and game reserves including the Nairobi National Park and many other tourist destinations away from the city, you will most probably meet some Maasai men and women singing and dancing as they usher you in.

They will almost always have the “Olaranyani”, the song leader who sings a melody with the others joining in.

The men make sounds to mimic cattle sounds, while jumping in the air. The man that can jump higher than his peers is considered more masculine and therefore more attractive to young women. The women shake their necks and shoulders, moving the heavy jewellery they done back and forth.

They inherit wealth from their fathers and then share it with the big brother:

When a Maasai old man nears his death, he will usually call his sons and distribute his wealth, mainly cattle to each of them.

The sons will then give some of this wealth to their eldest brother, who they now see as the head of their family, and to avoid any curse, traditionally referred to as “engooki” that can come from them profiteering in their father’s death. 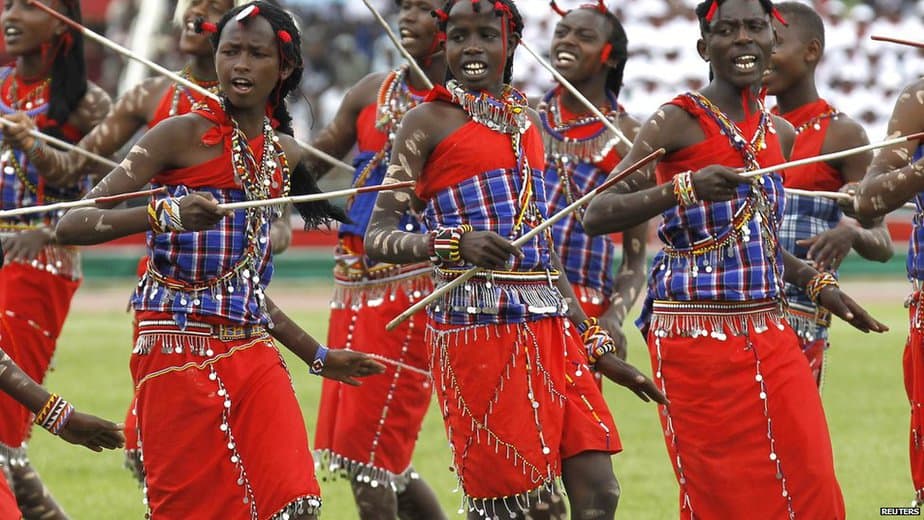 The Maasai do not bury their dead:

The modern Maasai tribesmen and women do. However, a big number of the Maasai especially those from the older generation group do not bury their dead.

They do not have your typical formal funeral service and believe that burial is harmful to the soil. They believe that death is the absolute end and anyone that has died has “completed their journey”.

And so they take the dead body, smear it with animal blood or fat from an animal, and then leave it out in the bushes for predators to eat. Some people call this “Predator Burial”. 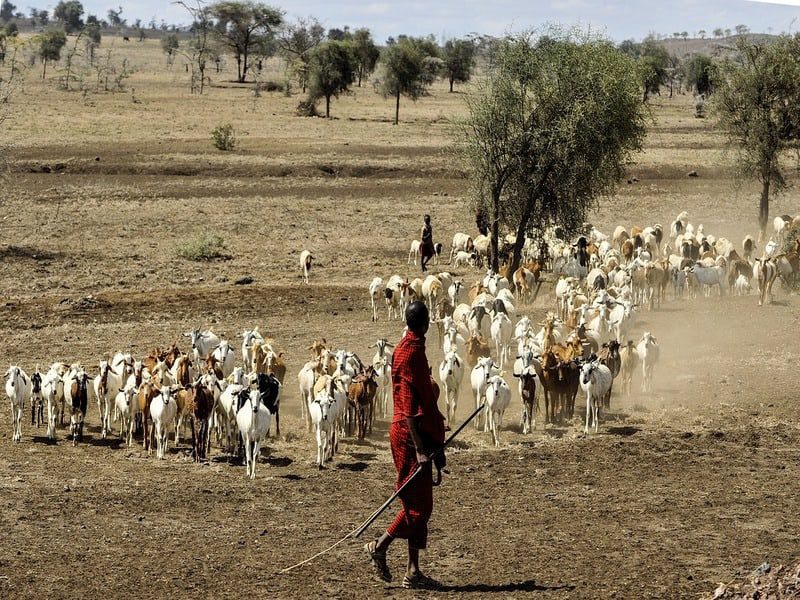 They live near game reserves:

This is true, not just for the Maasai in Kenya, but for those in Tanzania as well.
As many practice nomadic pastoralism, it is not surprising that you will find them near game reserves and any open fields where their animals can get food.
The Maasai people in Kenya live in Kajiado and Narok counties.

We have the modern Maasai:

The modern Maasai is an educated, well to do individual who has been absorbed into today’s modern jobs in businesses and government roles as doctors, teachers, police officers, politicians, and the likes.

These individuals have stirred away from the nomadic lifestyles and traditions, even though still Maasai’ at heart.

This is especially true for the young generation in the country. 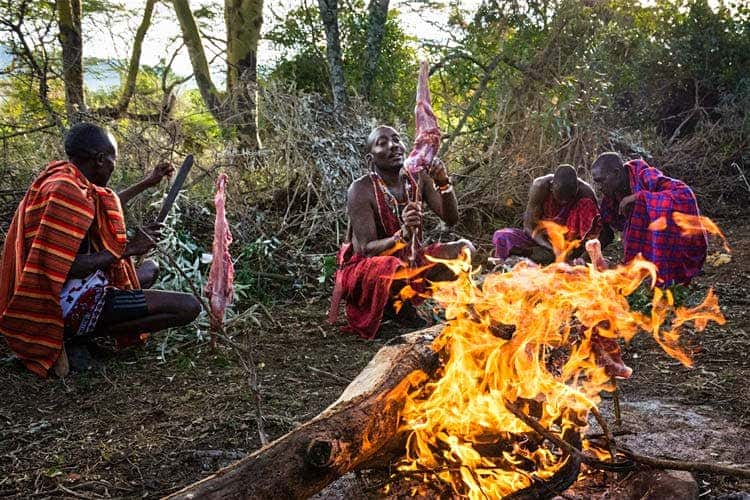 I’m sure I have not told you everything there is to know about the Maasai. One important fact that I must point out though is that the Maasai culture is quickly eroding, with most of their old practices being dropped. But they are still a fascinating group of people and there is always a lot you can learn from them.

Visit the Maasai Market in Nairobi and sample some of the Maasai culture.