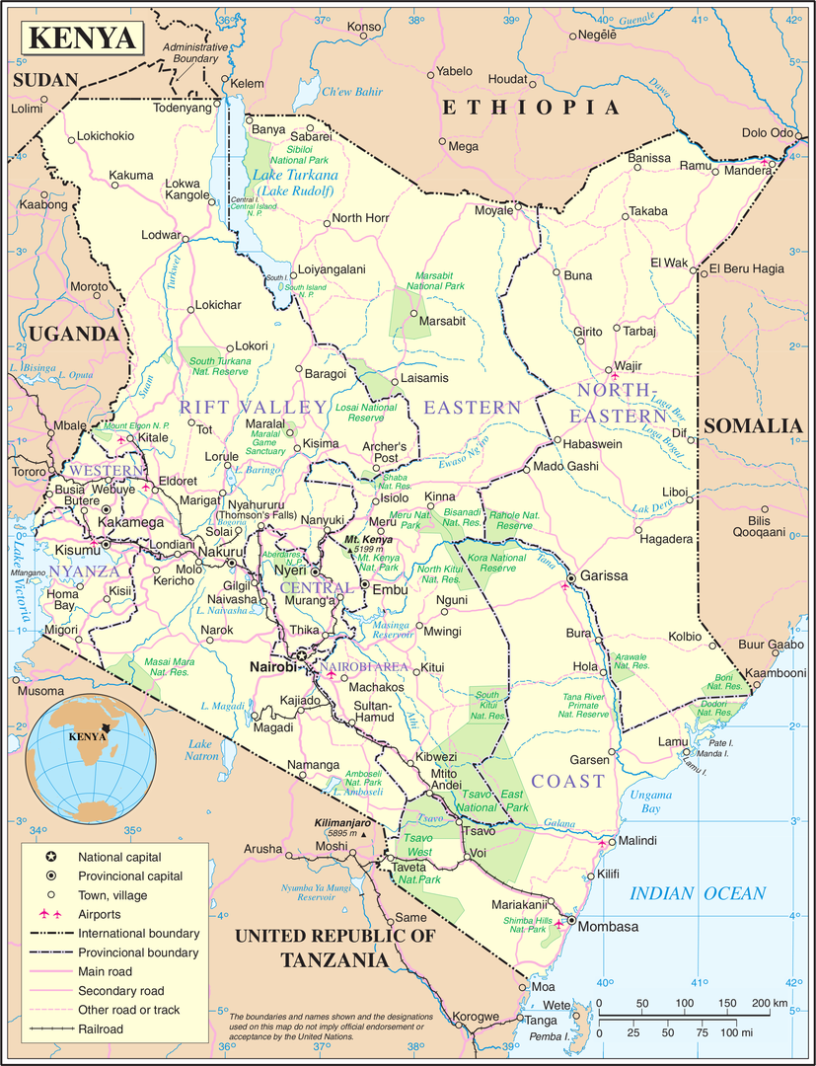 Kenya was a British colony for 43 years, the British invaded the Kenyan territory towards the end of the 19th century. It then officially made Kenya its colony in 1920.

The major disputes between the natives and the colonizers were over land and cultural traditions.  The British had taken over the fertile highlands, famously known as the white highlands and made Kenyan farmers live as squatters in their land with little to no harvest.

This led to the formation of the Mau Mau movement against the colonial rule.

The movement helped Kenyans gain social and economic concessions and it increased their participation in the country’s politics in the 1960s.

After a long struggle, Kenya finally gained independence on Dec. 12, 1963, and became a republic a year later, with Jomo Kenyatta as its first president.

There is more on the history of Kenya in our previous blog. Here are the top 10 facts about the independence of Kenya.

The struggle and push for independence began in 1950 with the uprising of the Mau Mau movement.

This was an all-Kenyan military nationalist group that had had enough of the British exploitation and colonial rule of Kenyans.

They were made up of different tribes such as Luo, Luhya, Kamba, and the Kikuyu who were the majority. They carried out attacks on the British colonialists and white settlers.

They arrested many Kenyan freedom fighters and any other people that were said or thought to have any association with the Mau Mau.

They arrested Jomo Kenyatta and banned the Kenya African Union, a political party that he was a member and chairman.

Another freedom fighter Dedan Kimathi was arrested in 1956 for being one of the leaders in the Mau Mau uprising.

He was executed through hanging by the British colonizers. Many other Kenyans were locked up in detention camps.

This period bore fruit because native Kenyans’ participation in the political process increased and all the three races in the country, African, Asian and white were part of the Kenya Legislative Council on a representative basis. 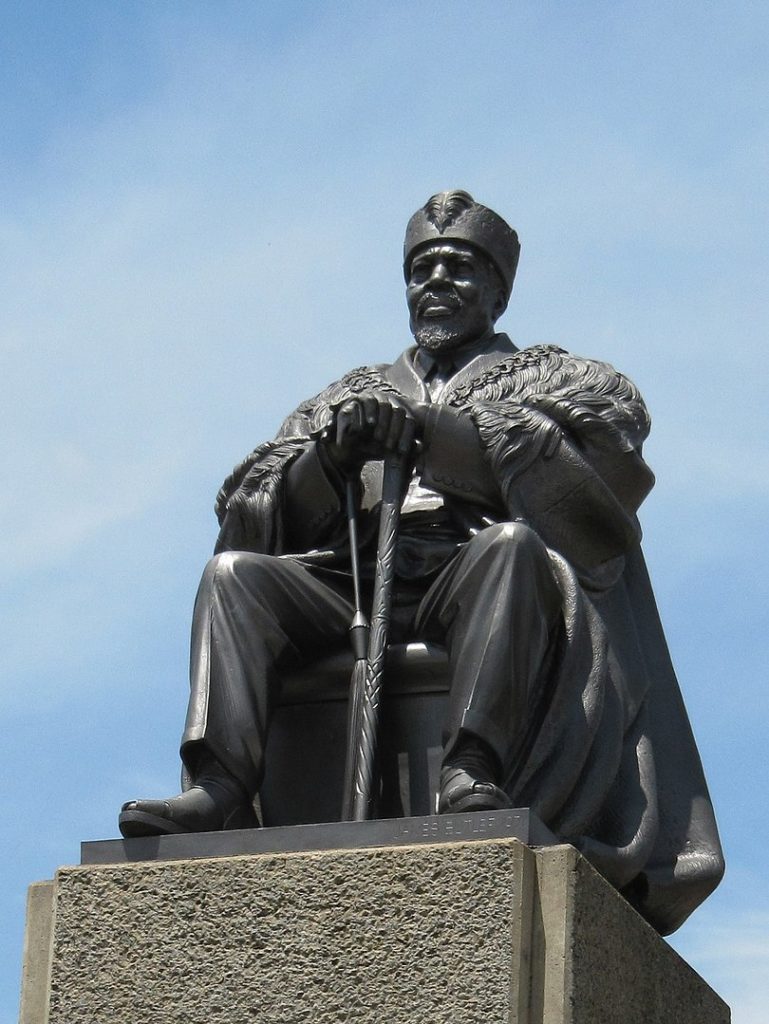 Kapenguria six were Kenyan nationalists leaders that were part of the freedom fighters who were arrested in 1952.

Their charge was trying to overthrow the colonial government through the Mau Mau movement. The six were tried at Kapenguria and detained for seven years.

The Kapenguria Six’s trial proceedings were manipulated by the colonial Government through outright bribes and intimidation to win the case against the nationalists.

In 1957, Kenyans were able to participate in the election of their preferred leaders to the legislative council.

The elected leaders then pushed for the release of the leaders in detention among them Jomo Kenyatta.

4. Kenya officially became a republic in 1963 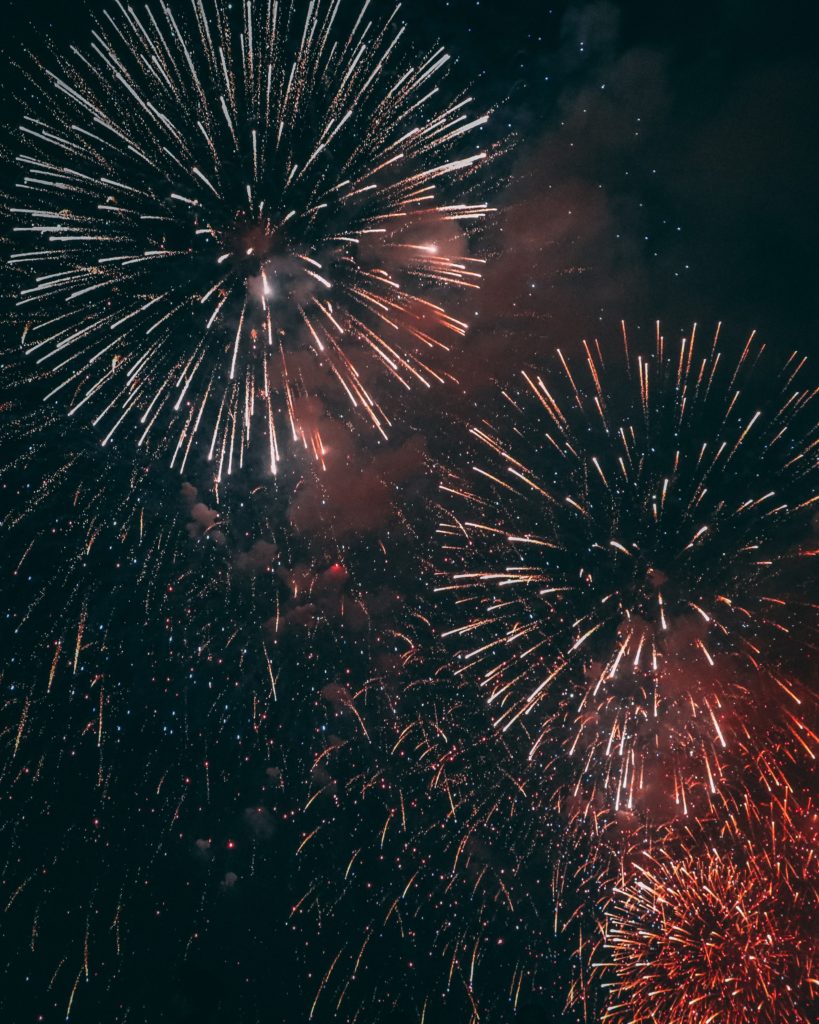 Photo by Kristian Løvstad on Unsplash

The events of the struggle for independence led to Kenya becoming a republic in 1963 following the general elections held earlier that year.

The day was gazetted as a public holiday and was named Jamhuri Day, Jamhuri is a Swahili word that means a republic.

This important national holiday is commemorated annually on the 12th of December. The holiday marks the date the country obtained independence from Britain.

All Kenyans celebrate this holiday in their different ways; the celebrations include feasts, speeches from political leaders, military parades and Kenyans at the coast spend this holiday at the beach.

When Kenya became a Republic on 12 December 1964, Kenyatta was named Kenya’s first president.

Another fact about Kenya’s independence was the day it officially cut ties with the British and self-governed.

In May 1963 Kenya became independent and gained self-governance. This day is celebrated as Madaraka Day, Madaraka meaning power.

The day is celebrated as a public holiday annually on June 1st to remember the day Kenya attained self-rule.

Many Kenyans celebrate the day by going to the stadium to follow the live event with the president in attendance; other than the presidents’ speech being the highlight of the day, other fun activities happen such as military parades, and performances by famous Kenyan artists. Most follow the proceedings from home on their TVs or radios.

The national anthem is then sung to bring the celebrations to an end.

Most Kenyans flock Uhuru park for recreation activities at the lunar park and have fun with the family.

6. National Anthem was composed after independence

After Kenya became a republic and independent, the next agenda was to have a national anthem for the country.

A five-man team was commissioned to perform this task. This team was made up of the best music composers and musicians in Kenya.

The team included Professor Washington Omondi, Reverend Thomas Kalume who was an education officer, Graham Hyslop who was the Inspector of Music in the Ministry of Education, Mr. Peter Kibkosya who was a music tutor and George Senoga Zake, a Ugandan musicologist.

They were led by Prof. Omondi and were given seven weeks to compose the national anthem.

They involved Kenyans by holding a competition where several people were asked to present the National anthems.

One lucky Kenyan presented a traditional tune from the Pokomo tribe. The tune was of a lullaby sung by the Pokomo women.

The tune pleased the team and it was later presented to the bandmaster of the Kenya Police who orchestrated it.

They later wrote three verses in English and Swahili then presented it to the first President of Kenya Mzee Jomo Kenyatta and the Council of Ministers in August 1963.

The anthem was first sung in Swahili and English by a double quartet with the Police Band playing.

Following the independence of Kenya, the white colonial government was disbanded and in came the new all-Kenyan government.

The majority of native Kenyan leaders were elected for leadership positions in the general elections of 1963.

The first cabinet was formed in 1963 by the then president Mzee Jomo Kenyatta that was made up of 15 men including the vice president, Jaramogi Oginga Odinga.

The political party was founded in 1944 by a group of visionary leaders that wanted to put an end to the British colony.

The party got disbanded in 1952 after riots and protests by Kenyans, the British then declared a state of emergency.

KAU was later changed to KANU (Kenya African National Union) by James Gichuru, a freedom fighter, and politician. This was after a merger with Tom Mboya’s political party, Kenya Independence Movement on 14 May 1960.

KANU continued to be the ruling party until 1992 when Parliament nullified a section of the Kenyan constitution that made Kenya a one-party state.

The Commonwealth is an association of nations that were formerly colonized or dependent on the British and chose to maintain friendship ties after they gained independence.

It assists Kenya and other member nations through providing training courses, technical assistance, policy support and consultancies in good governance and democracy.

10. The education system was changed

Another fact about the independence of Kenya is that the education system was changed.

During the colonial period education in Kenya and many other African nations were racially stratified; African, Asian and European.

African education was curated by the colonizers to what they deemed appropriate by creating a hybrid of the European model with it being the subject.

After Kenya gained independence, reforms were implemented in the education sector to create a single education system.

This system was said to be better in well equipping Kenyan students with skills they could apply in employment and self-employment for those that dropped out.

The Ministry of Education in 2017 introduced a new curriculum called the Competency-Based Curriculum aimed at developing skills and knowledge of students and also applying those competencies to real-life situations.