The 5 most popular Streets in Nairobi 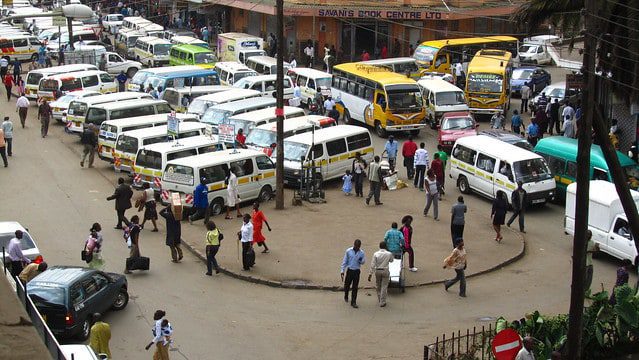 The 5 most popular Streets in Nairobi

Nairobi is a busy city, and with it comes busy people. It’s no wonder then that you will almost always walk/ drive on crowded Streets every day of the week except Sundays, bumping into people in cars, walking, on motorbikes (“nduthis”), or even pushing carts, going about their businesses. Which is a good thing, as it can only mean that people work hard in this city, and that is why Nairobi is one of the most popular city in Africa.

The best way to explore Nairobi Streets is by foot. Not because you will enjoy leisurely walks all day, no. There are many people every day walking all over these Streets, but walking, especially as a tourist gives you the chance to see as much as you would want of the city, sample restaurants to enjoy Kenyan dishes, do some shopping here and there, and take some photos if you are lucky. You can also choose nightclubs in Nairobi to go to if that’s your thing.

Kenyans have been referred to as a walking nation, which is true considering the popularity of Kenyan athletes all over the world. So walking for us is normal, regardless of the distance. Walking is also the quicker way to get a lot done and in a short time. Driving around is an option too, but you might not see as much because the traffic is always moving.

So let’s sample some of the Streets together to discover the most popular Streets in Nairobi. 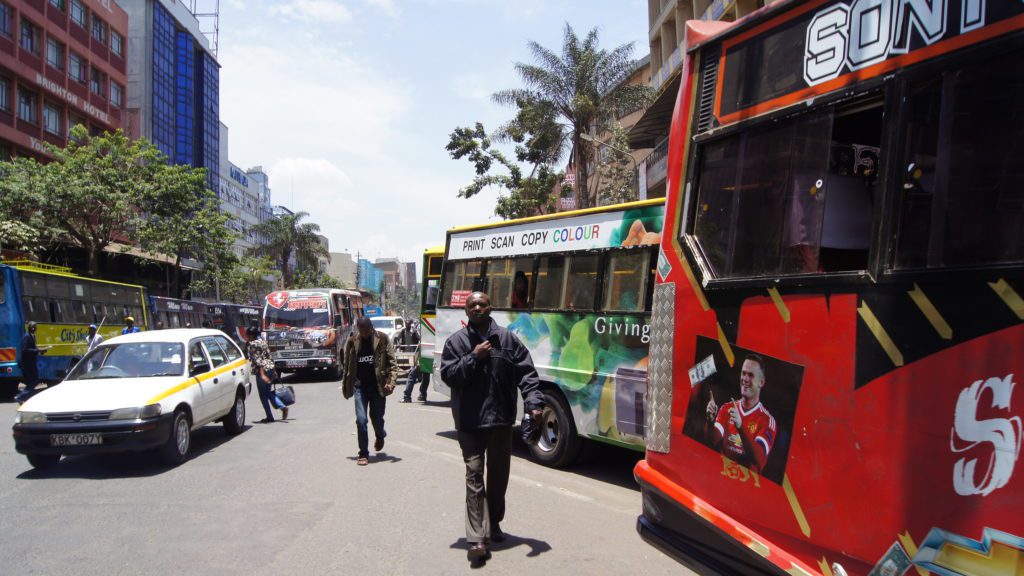 This is one of the oldest, major and busiest Street in Nairobi. Formerly referred to as the Victoria Street, the Street was named after the late Tom Mboya, one of Kenya’s founding fathers and a political leader with many titles.

Tom Mboya Street is located at the southern border of the inner and outer Central Business District. Along it are tall buildings that houses offices, shops, business stalls, restaurants, hotels, nightclubs, and even supermarkets. Some of the popular complexes along this Street include the Kenya National Archives, Sasa Mall and Imenti House.

The Street is also popular for ‘matatus’ (Kenya’s public transport) pick up and drop offs and so it gets a bit congested more so during the rush hours. 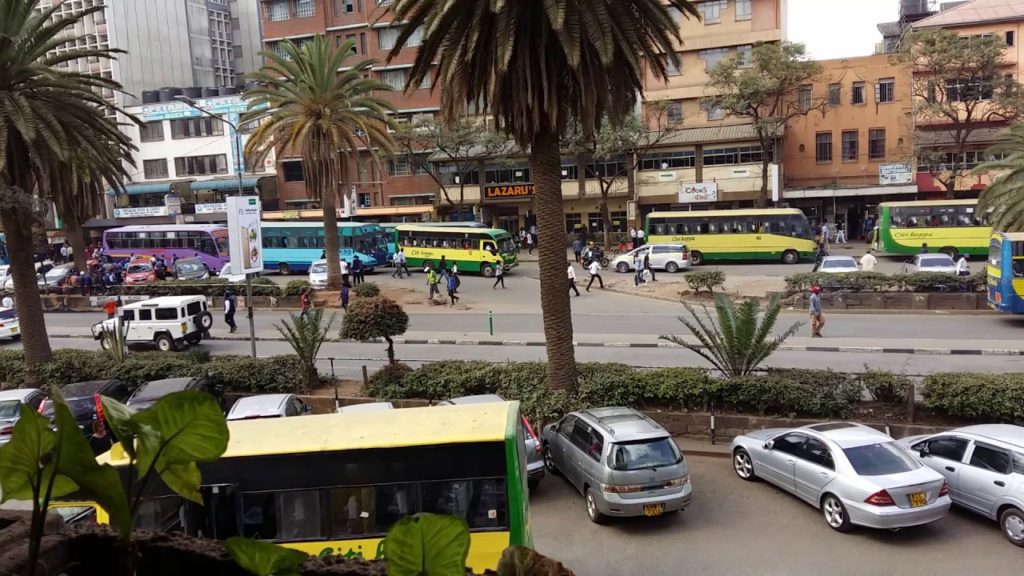 This is another major road in the city. It is named after Daniel Arap Moi, Kenya’s second president after independence and as a sign of nationalism.

It was formerly referred to as First Station road because of the Nairobi Railway Station where it was located and also as Government road as it was home to many government offices and buildings.

This is also the road where one of Kenya’s founders and political leaders Tom Mboya was gunned down, and there is a monument in his memory in front of the Hilton Hotel.

Moi Avenue is also one of the oldest roads in the city, intersected by City-Hall Way, Kenyatta Avenue, and Haile Selassie Avenue.

Some of the notable attractions on this road include the Hilton Hotel, Jeevanjee Gardens (an open garden which serves as a resting area for people), Kenya Cinema, Khoja Mosque, among others. 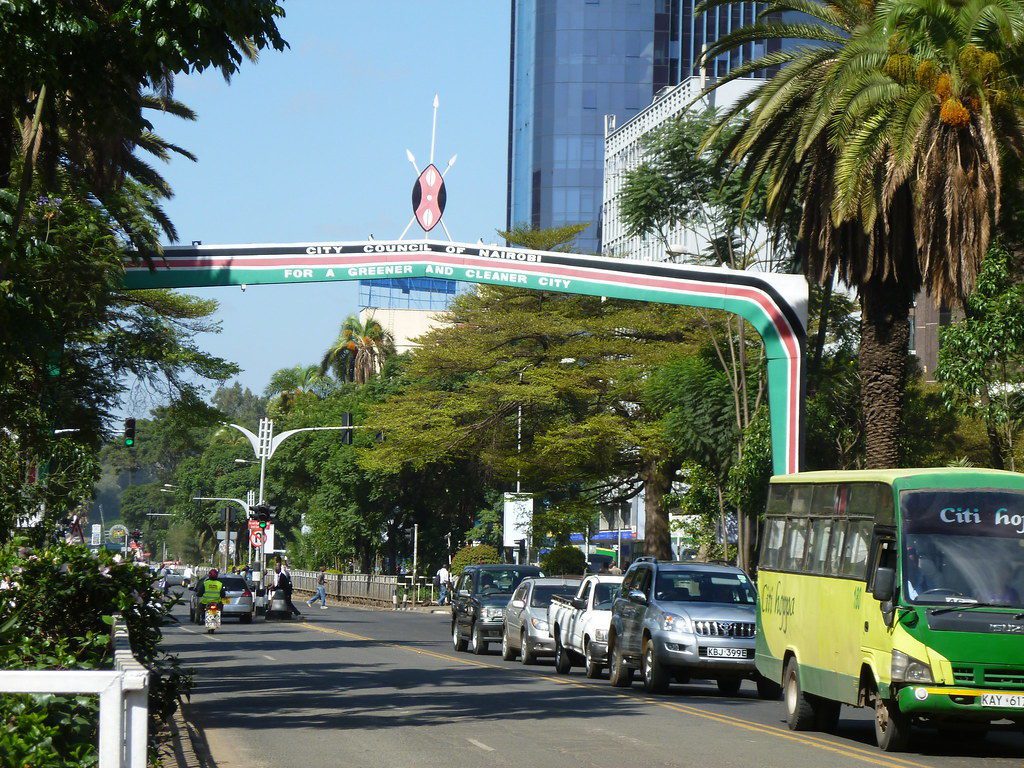 This is yet another popular Street in Nairobi. Kenyatta Avenue was initially referred to as Sixty Avenue, before it got its current name from the first president of the republic of Kenya, Mzee Jomo Kenyatta.

Of all the Streets in Nairobi, it is the widest and is also home to arguably the most famous church in the city, the iconic All Saints Cathedral Church, an Anglican Church that sees many of the Kenyan top leaders and visitors to the country attending mass and memorial services. The International Sarova Stanley Hotel is also on this Street.

Kenyatta Avenue is also famous for the very many banks lined along its way, back to back. From the Kenya Commercial bank, the Standard Chartered bank, Family bank, National bank, Barclays bank, Equity Bank, Stanbic bank of Baroda, the Bank of India, and the Housing Finance Corporation among others. Word has it that for a long time, the Kenyatta Avenue was the only two-laned Street in the city, thus busy and easy to access for traders and their customers as well, including the option of saving and withdrawing money. 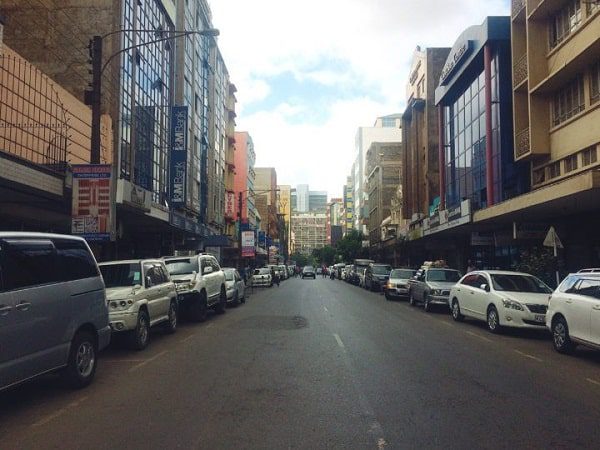 Formerly known as Bazaar Street, Biashara Street is another very popular Street in Nairobi, especially with women as it is the place that sells materials used to make all manner of clothes, including the “Ankara” for African outfits.

But more important is the reputation of Biashara Street as the “Baby Avenue”. The Street is known for selling a variety of baby items from clothes, to toys, etc. for all ages, from new borns to teenagers.

You see, “Biashara” is a Swahili word meaning “Business”, and no wonder the Street is a business hub. Some of the stores along this Street have been there for decades.

The Street is sandwiched between Moktar Daddah Street and Tubman Road and was for a long time run by a majority Indian business community, but is now seeing the influx of the Chinese who are giving the Indians a run for their money. 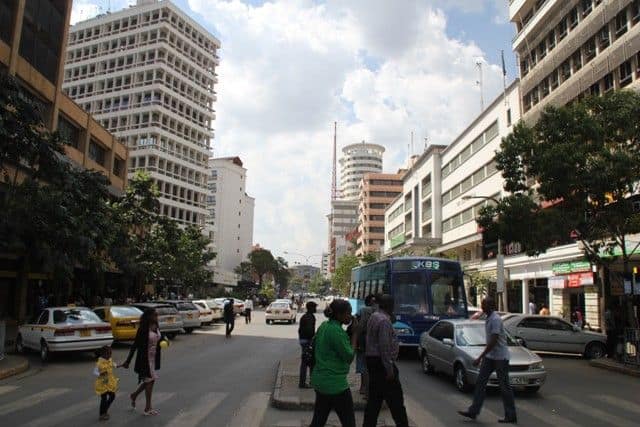 This Street was at one time referred to as Hardinge Street. It was named after Dedan Kimathi, widely regarded as a Kenyan revolutionary leader who led the armed military struggle against the British colonial regime in Kenya in the 1950s. He was executed in 1957.

His statue stands on this road, attracting the attention of many tourists and locals alike.

Kimathi Street is also home to the international Sarova Stanley hotel, the Tribeka Lounge, the Valentine Cake House, among others. 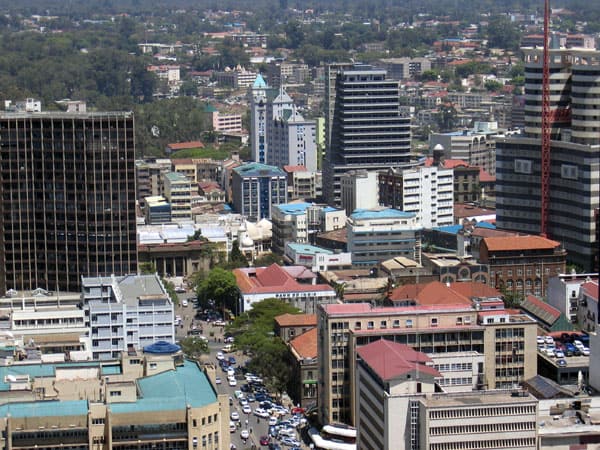 Another popular Street in Nairobi is the Muindi Mbingu Street. Formerly known as Steward Street, this Street got its name from Samuel Muindi, one of the elders from the Kenyan Coast during the colonial rule. Mr. Muindi, like many other leaders, was against the colonial rule and led demonstrations from Machakos to Nairobi. The Street is next to the Jeevanjee Gardens.

There you have it! Our most popular streets in the city that never really sleeps.

The best thing to remember while walking these Nairobi Streets would be to always keep walking! Avoid stopping suddenly in the middle of the road if you have no business stopping (especially for those wanting to take pictures), and always watch out for your valuables. Be present and aware of your surroundings, never display your cash, or phone, or head phones, etc. unless you do not mind parting with them!