Kenya’s Ugali – Everything You Need To Know 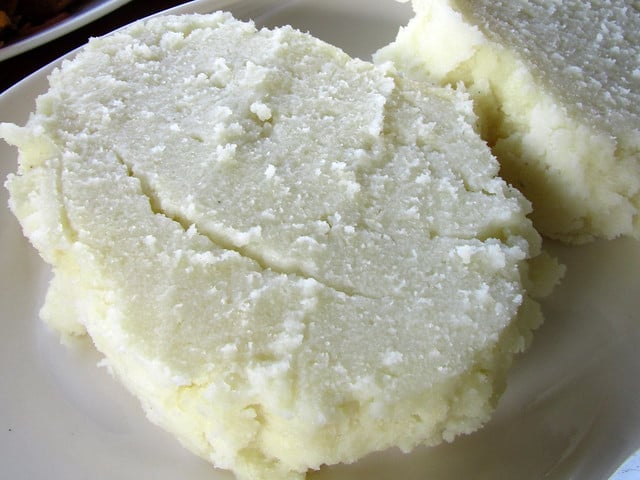 Kenya’s Ugali – Everything You Need To Know

The word “Ugali” is a Bantu language term that is derived from the Swahili language.

You cannot come to Kenya and fail to eat Ugali. That is like visiting Paris for the first time and not taking a photo at the Eiffel Tower (I love Paris if you cannot already tell).

Ugali is so popular in Kenya, that Mark Zuckerberg, the founder of Facebook, ate it on his very first trip to Kenya. He enjoyed some Ugali and fish (“Samaki”). Barrack Obama, former US president, has also talked of how he used to eat Ugali with his sister.

Some tribes in Kenya like the Luhya tribe even believe that if you have not eaten Ugali for dinner, then you are sleeping on an empty stomach, regardless of whatever else you have eaten.

So what is this “Ugali”?

Ugali is an African meal made by mixing maize flour (or corn meal) with hot water consistently until it reaches a stiff or dough-like consistency, over a fire.

Ugali goes by different names in Kenya and the sub-Saharan Africa including “nsima” or “nshima” in Malawi and Zambia, “pap” or “mealie pap” in South Africa, and “sadza” in Zimbambwe. Different tribes in Kenya also have different names for this meal. They include “ngima” by the Kikuyus, and “obhusuma” by the Luhyas.

Maize flour is the common ingredient for making Ugali, but you can also use sorghum or millet flour.

In Kenya, there are different types of maize flour sold in all the supermarkets. Some brand names includes “Jogoo”, “Soko”, “Pembe”, “Hostess”, among others.

In the villages, most people prefer a heavier flour that is made by grinding maize in a maize mill, without sifting or removing any of the nutrients. This type of Ugali is denser in consistency, and tends to be more filling and nutritious (in my opinion). 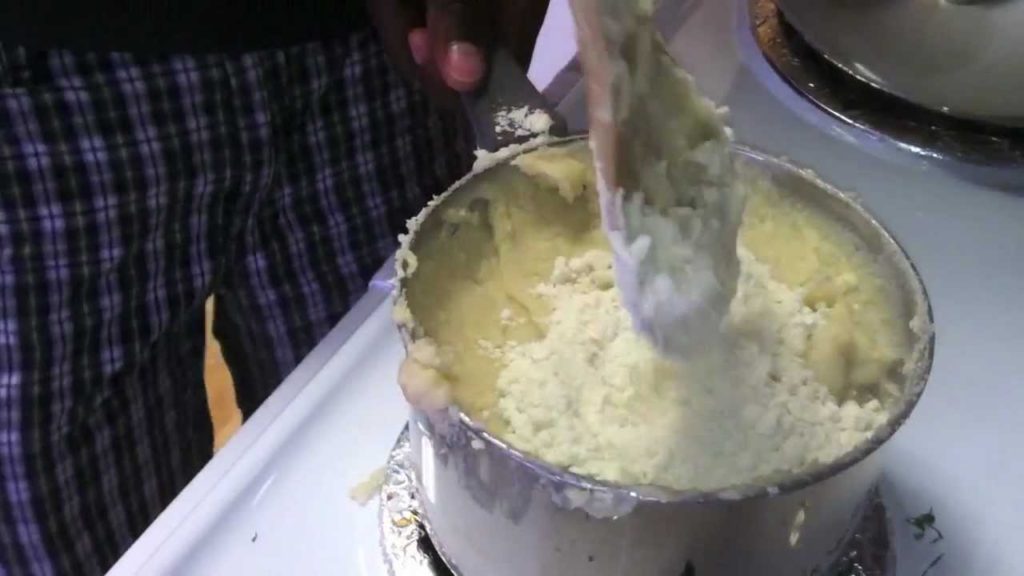 How to prepare Ugali (5 servings)

Kenya’s Ugali is usually served as an accompaniment to vegetable stew or meat, but can also be taken with fresh or soured milk. If you have left over Ugali, you can also take it with tea for breakfast, and it would be best not to warm it if your tea is hot. 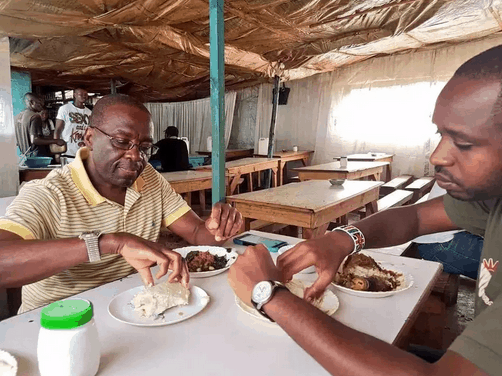 How to eat Ugali

Now that you have learnt how to prepare the Kenyan Ugali, we need to sit down and eat it. Traditionally, Ugali would be placed at the center of the table or on the floor, with smaller plates of stew around it, for the family members. Then you would each dig into the Ugali in turns until you finished it. There are people who still do this.

Generally though, to eat Ugali, pinch a sizeable lump with your fingers, and mush it with the same fingers to make a round shape. Then form an indentation into the round shape with your thumb, and use this to scoop up your accompanying stew. This could be vegetables, meat, or even beans (“madondo”).

If you would rather not use your hands (though this is the best way to eat Ugali if you ask me), then feel free to use a fork and knife to cut pieces that you can transfer to your plate. 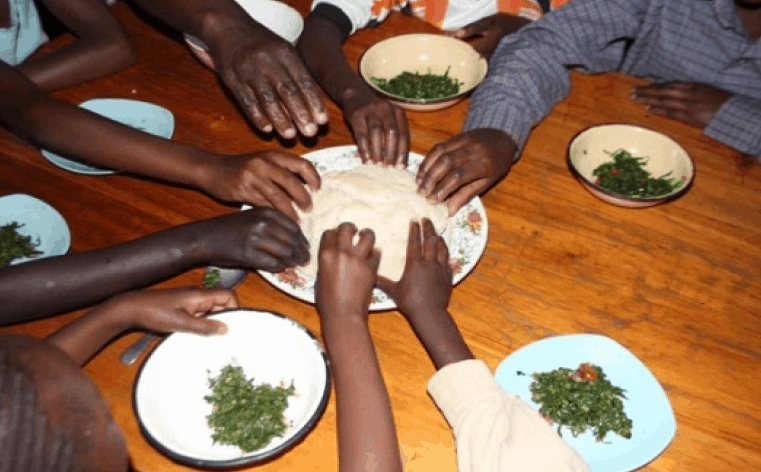 Photo by The Standard

There you have it! Kenya’s Ugali. Everything you need to know. Let me know what you think once you get the chance to try it.