A Guide to the Two Rivers Mall in Nairobi 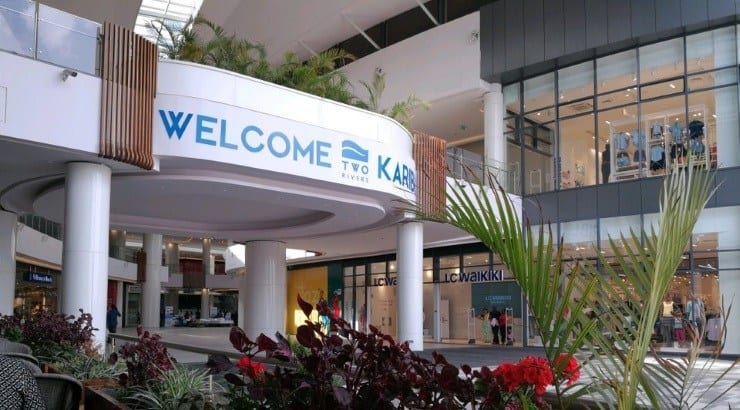 A Guide to the Two Rivers Mall in Nairobi

Two Rivers Mall, the largest shopping centre in East Africa and now the largest mall in sub-Saharan Africa except South Africa, is a monumental structure occupying a total space of 65,000 square meters. It is a 25.1 Billion development by the Centum Group that is majority owned by Kenyan known Billionaire Chris Kirubi (58%). Other owners include the Aviation Industry Corporation of China – Avic International (39%) and state-owned investment firm ICDC (3%).

The Mall got its name from the River Rui Ruaka and River Gachie which perimeter and source water for use in the mall.

It officially opened its doors to the public on 14th February, 2017- Valentine’s Day. In the two weeks after its opening, approximately 10,000 people visited the mall every day, recording the most traffic in the city. 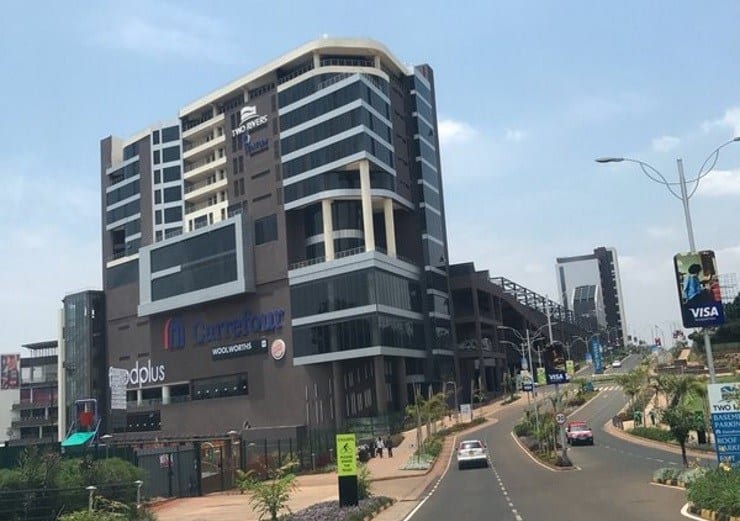 It is located on Limuru Road in Ruaka-Nairobi, one of the fastest growing residential areas by population, hosting the young middle class. It also neighbors the Runda, Muthaiga, and Gigiri estates which are some of the high end neighborhoods in the city. The Mall also sits near many embassies and the United Nations’ headquarters in Africa.

The Mall offers everything including a 170 room City Lodge, low-rise office blocks, a shopping centre, a five start hotel, a three star hotel, and medium density luxurious residential homes that were built by the China’s CATIC and local sub-contractors. It also boasts of 18 escalators, 22 lifts and 4 travellators.

The Mall is meticulous and organized, with its walls painted magnificently in different colors and with beautiful artwork. Its exterior has a huge screen displaying or informing visitors of an array of services and goods that are offered at the mall.

French retailer Carrefour, a global hyper mat that operates more than 12,000 outlets globally, is the anchor tenant at the Two Rivers Mall – with Turkish luxury fashion line LC Waikiki, Woolworths, Hugo Boss and Nike being some of the mall’s tenants. 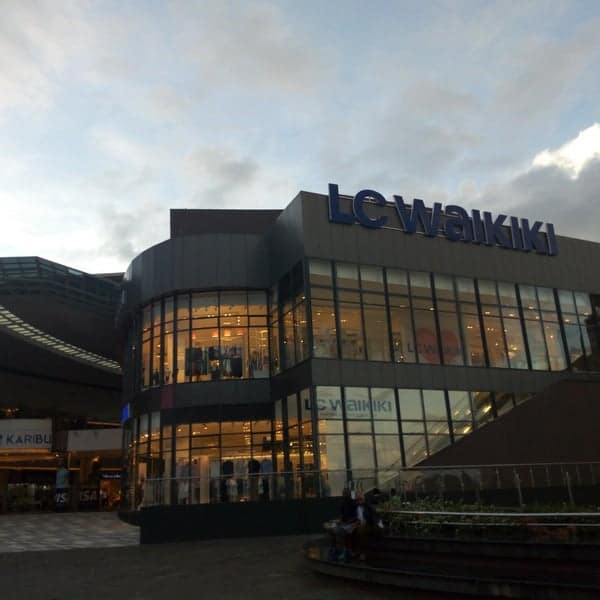 Of course security was one of the key issues in construction of the Mall, which has seen the Centum Group splashing almost Kshs 1 Billion into the security of the Mall. The security system (similar to that used in airports), can detect metallic or plastic weapons, explosives, currency and liquids. Allegedly, anything hidden under clothing can be detected with almost 100 per cent effectiveness. It can also identify a gun in a crowded place.

Two Rivers has quickly become popular for its wide range of family fun activities that include a dancing fountain, funscape theme park, and an attractive skating park, which makes it a must visit if you are looking for things to do in Nairobi.

One of the most remarkable attractions at the Mall is the dancing color fountain. The water attraction is the same as Dubai’s Sharjah Fountain. The riverfront is also complete with flumes and is a sight to behold at night when the lights are on. 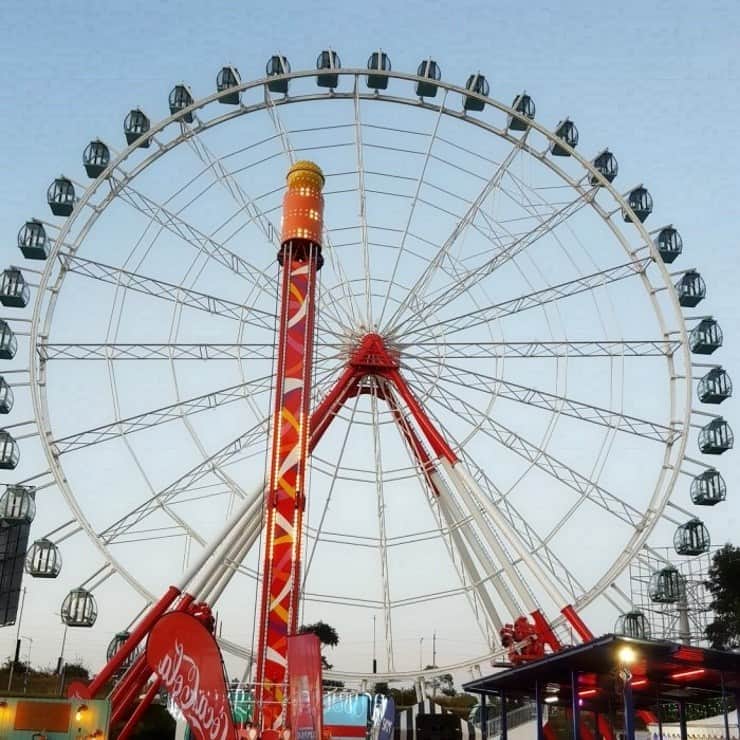 The Wheel consists of 40 fully enclosed air conditioned cabins each sitting up to six passengers who are taken 60 meters above the ground in safety and comfort of the full circle ride.

It is said to be Africa’s tallest wheel, taller than the Cape Wheel in South Africa, and La Grande Roue in Algeria – both of which are 40 meters high.

According to Two Rivers Mall owners, the wheel is designed as a key high point of the Mall’s theme park that also has quad bikes and a water park. It rotates very slowly but constantly, allowing riders to get on and off without stopping. A single ride takes about 17 minutes and will cost Kshs. 500 per person.

The Two Rivers Mall has an app that aids shoppers in paying for parking and accessing other information on the complex. Similarly, most of its stores also have apps that can help in making orders and accessing any relevant information. 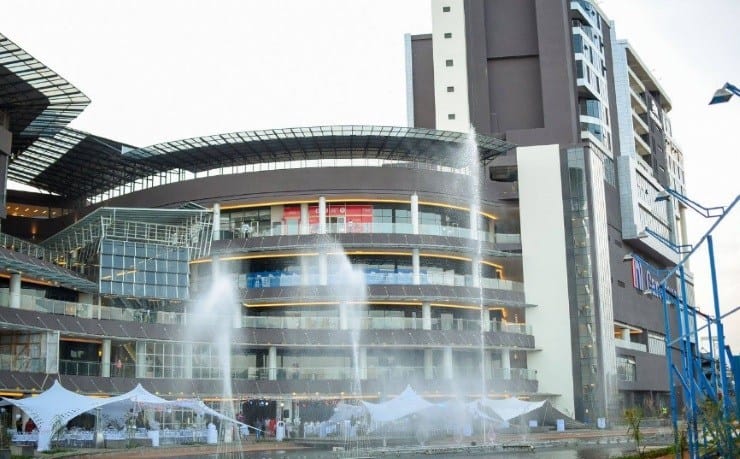 It should be worth mentioning that the Two Rivers Mall can be a long commute for many of the city residents, or anyone staying in the city centre. Limuru Road, a key Nairobi road that is normally very busy during week days and on Saturdays is the main access to the Mall for most public vehicles coming from the city centre.

The other entry is from the Northern Bypass, a highway that circumvents central Nairobi and provides quicker access from the northern suburbs and the neighboring county of Kiambu.