Kenya is known for many things. From its history to the country that produces some of the best athletes in the world to being a home country to one of her most famous sons, the former USA president Barrack Obama, it’s no wonder that tourists are always visiting this beautiful country to see for themselves what all the fuss is about.

Some people fall in love with the country and choose to stay, and we cannot blame them!

Tourism is a big source of foreign exchange in Kenya. There is no better way to experience what Kenya has to offer, than to come see it for yourself. There’s a large number of different wildlife species, white sandy beaches at the Kenyan coast, hotels serving delicious African dishes, lots of entertainment whether during the day or night, and lots of rich history of the country.

It would be difficult to highlight only five of the unmissable tourist attractions in Kenya, but we will try…. 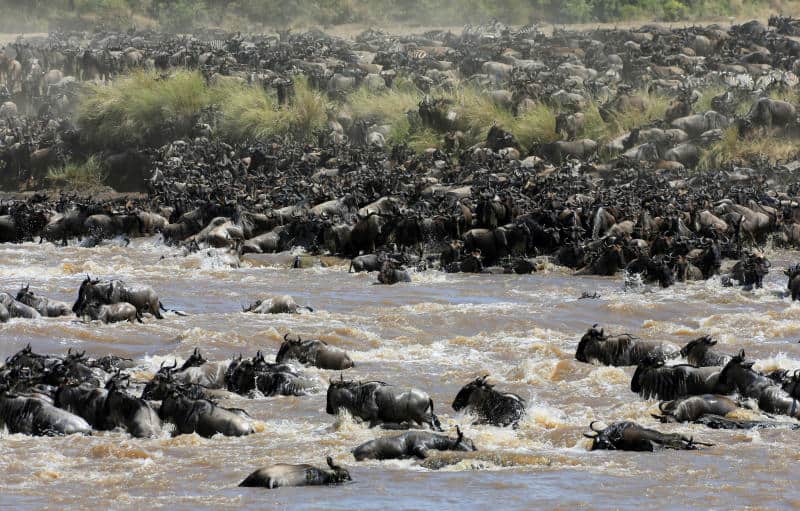 The Wildebeest migration in Maasai Mara

The Wildebeest migration is a world wonder that fascinates anyone that is lucky to see it. It is therefore a must see for anyone planning to visit Kenya.

Head down to the Maasai Mara game reserve in Narok County between the months of July (towards the end) and November, as this is when the migration of the over 1.5 million animals including not just the Wildebeest, but also the zebras and antelopes takes place. These animals migrate from the Serengeti to the Mara in search of food and water, and it is a sight to behold.

The Maasai Mara is not only famous because of the Wildebeest migration, but it is also home to about 95 species of mammals including Africa’s big five: the Elephant, the Leopard, the Lion, the Buffalo, and the Rhino, reptiles and amphibians, and over 400 bird species which you get to see in their natural habitat.

So set aside a few days when planning your trip to Kenya for the Maasai Mara to see for yourself, and refuse to be told. 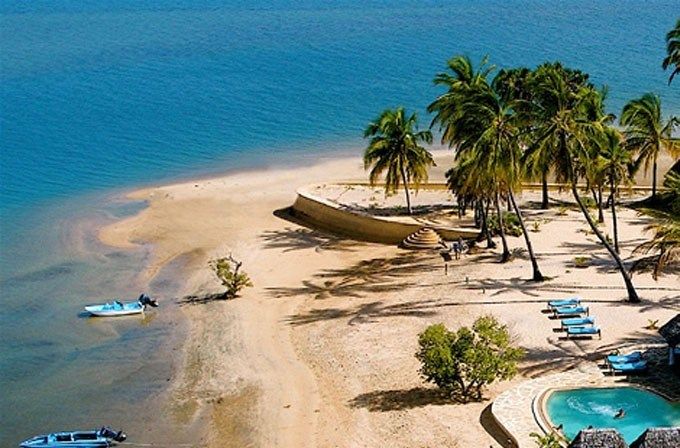 Lamu is a beautiful, artistic island in the Kenyan coast, on the North Eastern side of Mombasa city. It has a traditional feel to it as there are many Arab and Swahili designed houses and streets, and thus is also a must see when visiting Kenya.

In addition, the island is very peaceful and best explored on foot. You might be mistaken for thinking you are walking in an old movie set up as there are very few vehicles if any, and the streets have donkeys which are the main form of transportation just like in the old days.

It would also be an advantage to learn some phrases in Swahili to be able to communicate with the locals.

Some of the features you would expect to see here and which makes the island a must visit include coral stone buildings, carved wooden doors, hidden enclosures, and rooftop patios. 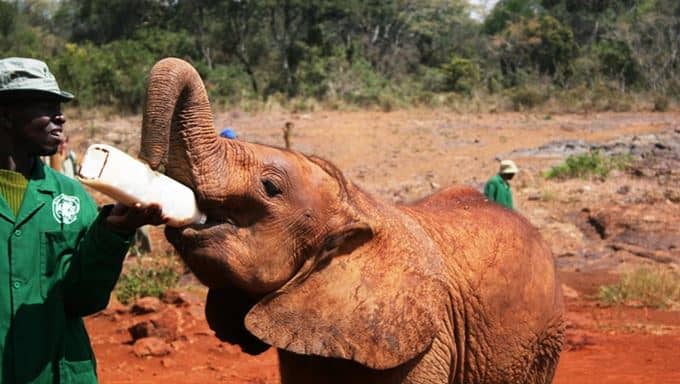 The David Sheldrick Trust is a beautiful story of people who have gone out of their way to take care of orphaned Elephants and other wild animals like the Rhino. The Trust has for a long time now rescued, rehabilitated, and released a big number of orphaned Elephants that have matured under its care to the wild.

Visit and learn the history of each of the animals from their caretakers, ask questions, take photos, all while supporting the vision of the Trust.

It would be great to spare an hour of your day while in Nairobi as soon as you land in Kenya or before you leave to go visit this establishment and maybe adopt an Elephant! For the local tourists, you have 364 days every calendar year to visit as the Centre opens for one hour every day from 11 am to noon except on 25th December.

Access to the Orphanage is via the Kenya Wildlife Service (KWS) Central Workshop Gate Entrance to the Nairobi National Park. 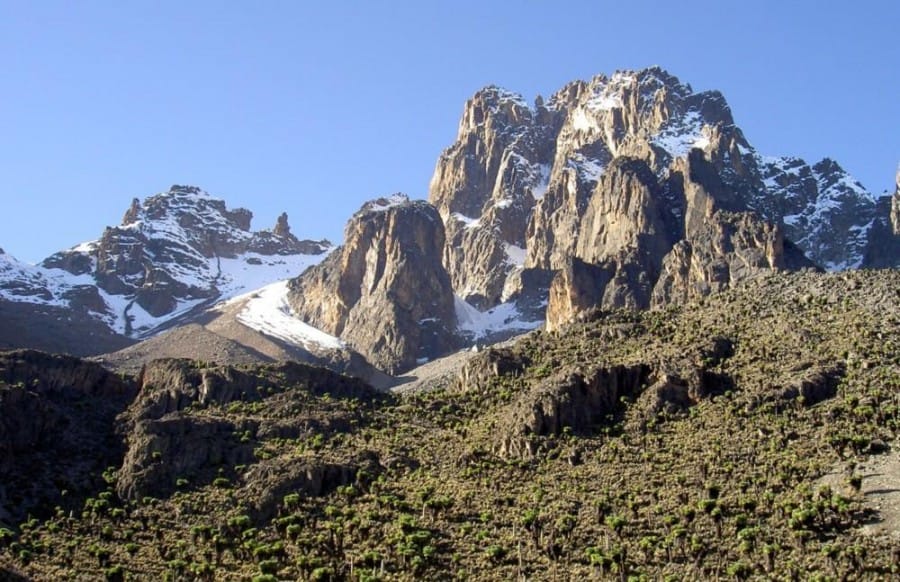 The Mount Kenya National Park is a UNESCO World Heritage Site surrounding Kenya’s highest mountain, Mt. Kenya, which stands at 5,199 meters. The mountain offers a stunning view of a variety of flora and fauna, and snow-capped peaks.

Some of the animals you cannot miss here include the Elephant, the Leopard, the Hyena, the Buffalo, and some Monkeys, among others.

If you are a seasoned mountain climber, then this is a great option while visiting Kenya. The mountain has three glacier-cloaked peaks, the highest being Batian, then Nelion, and then Lenana. For anyone that has climbed up to any of these peaks, it is simply an unforgettable experience. 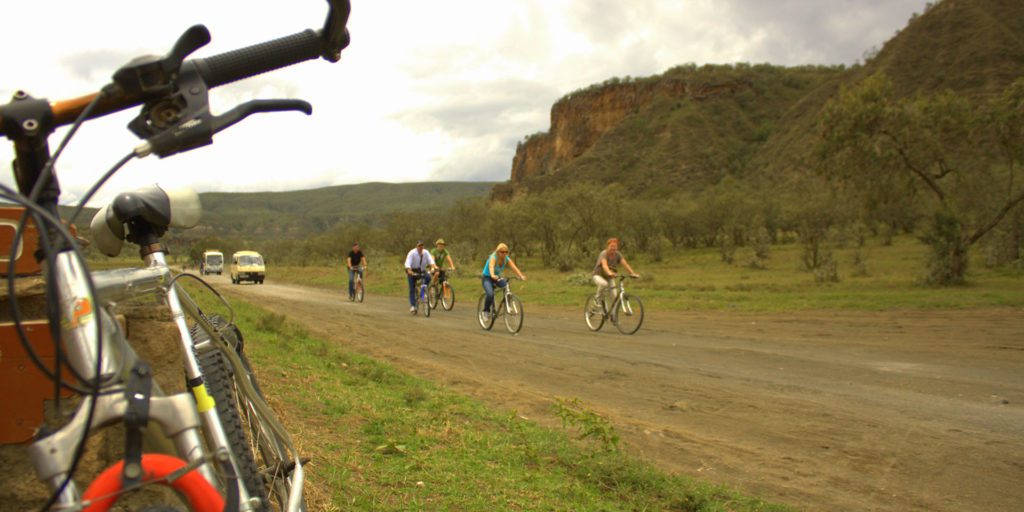 The Hell’s Gate National park is famous for many things. From its geothermal activities that include hot springs and natural geysers that hiss steam though vents in the earth’s crust, to the opportunity to rock climb, and to camping in the park, it is sure to attract a large number of tourists.

Located South of Lake Naivasha and North West of Nairobi (about 90km from Nairobi), the park got its name from a tributary of a prehistoric lake that fed early humans in the Rift Valley.

The Park has two gates that can be used by those visiting including the main gate, Elsa Gate, and the Olkaria Gate. The Olkaria Gate is also the entrance to the Olkaria Geothermal Station, the first of its kind in Africa, which is located inside the park. The Station generates power from heated pressurized water from underground.

You also have the option of exploring the park on foot or by bicycling, and also get a chance to see a variety of wildlife including the Gazelles, Leopards, Baboons, among others. 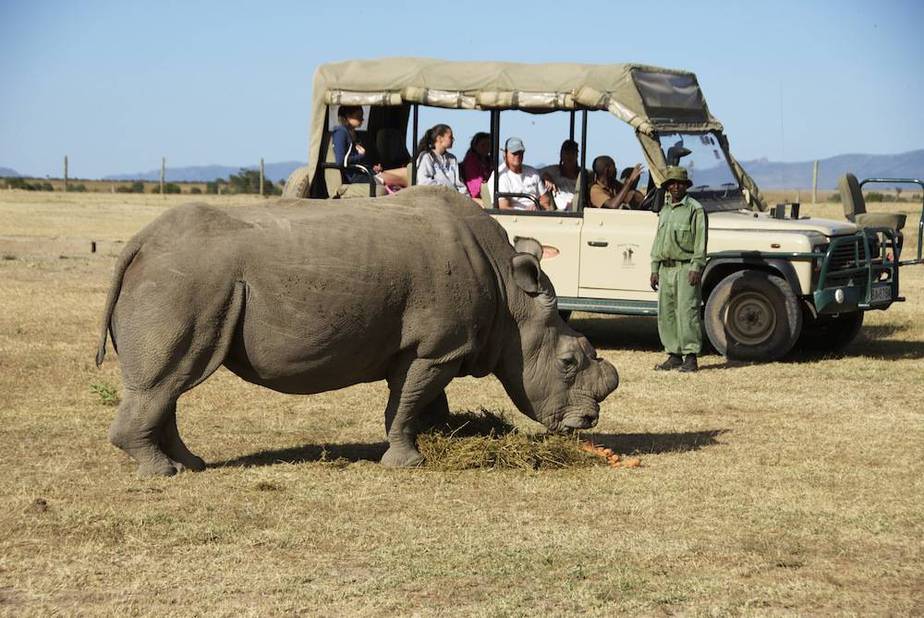 Have you ever heard of the Northern White Rhino? No? Well, this special Rhino is one of two subspecies of the White Rhino (the other is the southern white Rhino), and because of widespread poaching and other issues, this Rhino is almost extinct in the world. In fact, since March 2018, only 2 of these remain in the whole world, both females (last male died in 2018), and both are at the Ol Pejeta Conservancy, protected around the clock by armed guards.

You can see why the Ol Pejeta Conservancy should be on your list of places to visit while in Kenya.

But it is not just the Rhinos that are present at the conservancy. There are also Zebras, Lions, Giraffes, Gazelles, etc. You will have the opportunity of viewing the wildlife on self-drive or guided tours, and there is also an option of camping on site if you plan to spend a few days there.

These are just our top five of the places we would want you not to miss when visiting Kenya. But there are so many more attractions to see in Kenya, so if you have some time to spare, stay longer, see more, and experience more!

Few tips to keep in mind; be ready for safaris and more safaris. Carry comfortable attire, always have your camera with you, and be ready to wake up early for the best shots and for an opportunity to see more wildlife.

Also have an open mind. You might not see a Lion one day, but you might be lucky to see a whole family another day. Don’t despair, be patient, and have fun while you explore this beautiful country.