5 Important Facts about the History of Kenya 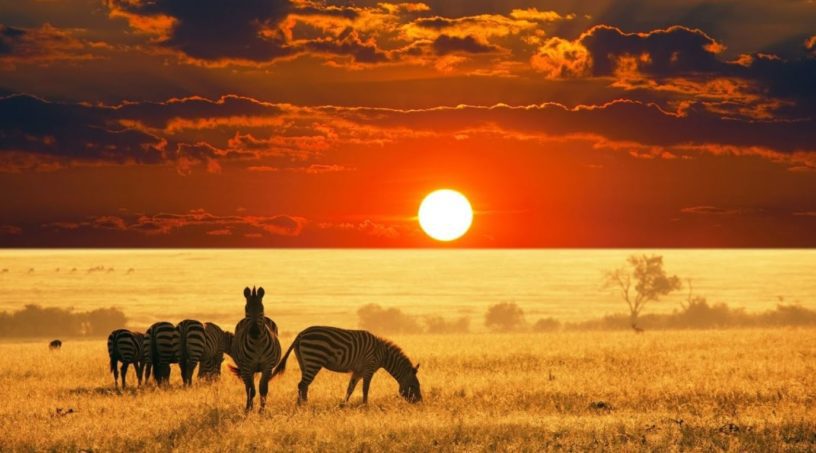 5 Important Facts about the History of Kenya

Kenya is one of the 54 countries of Africa. It is located on the Eastern part of the continent, bordering Ethiopia, Somalia, South Sudan, Tanzania, Uganda, and the Indian Ocean.

The country is further divided into 47 counties which are governed by elected governors. As at the beginning of 2019, the country’s population stood at 52.2 million people.

As with many countries in Africa and around the world, Kenya has a rich and long history. We will not go through all the details, but there are some important facts that are good to know about the country’s history… 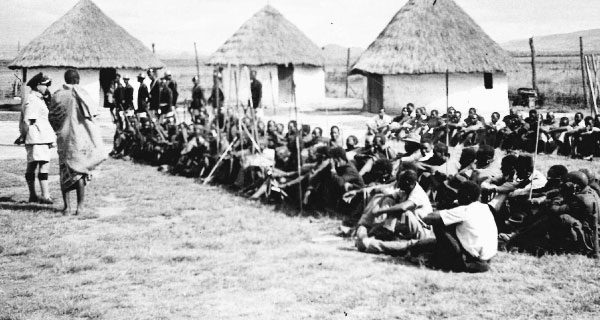 The Berlin Conference of 1885 formed the roots of the colonial history of the country when East Africa was first divided into territories of influence by the European powers, from the United Kingdom.

The British Government founded the East African Protectorate in 1895 and then opened the fertile highlands to white settlers soon after.

The country was declared a British colony in 1920.

It was not until 1944 that Kenyans and some Asians that were in the country were allowed direct political participation.

It is also around this time that a big number of Indians were brought into the country to build the famous Kenya-Uganda Railway Line. They subsequently settled in the country, inviting their relatives over to join them. 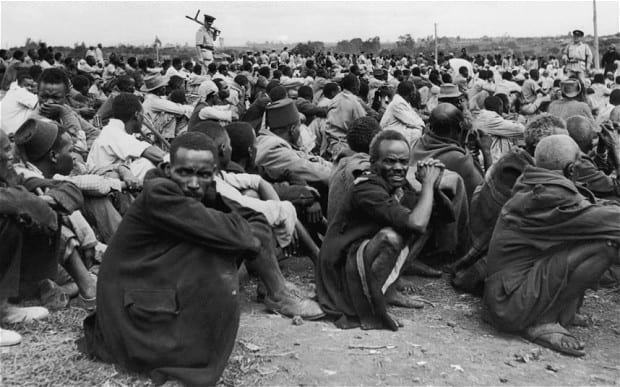 Between 1952 and 1960, the country experienced the “Mau Mau” uprising, also referred to as the “Mau Mau Rebellion”.

This was a movement comprised of members from the Kikuyu, Embu, and Meru tribes who took an oath of unity and secrecy to fight for the country’s freedom from the British rule. The group also consisted of some Kamba and Maasai peoples.
The oath was the beginning of the movement, which only ended in October 1956 when their rebel leader, Field Marshal Dedan Kimathi was captured and hanged by the colonialists. A street in Nairobi would later be named after him and other freem fighters.

Another freedom fighter and the man that eventually became Kenya’s first president- Jomo Kenyatta -was also charged with directing the “Mau Mau” and was sentenced to 7 years imprisonment.

Kenya was then put under a state of emergency from October 1952 to December 1959 because of this “Mau Mau” rebellion against the British colonial rule, which saw thousands of Kenyans being incarcerated in detention camps.

It is at this time that African participation in the political process increased and in 1954, the Africans, Europeans, and Asians were admitted into the Kenya Legislative Council on a representative basis. 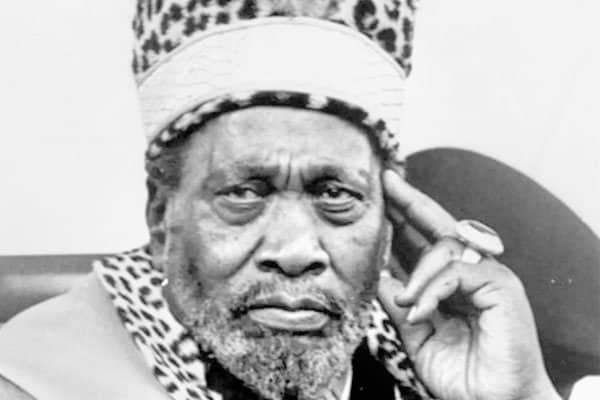 The first direct elections for Africans to the Legislative Council took place in 1957.
Those that were elected increased the people’s agitation for Jomo Kenyatta’s release from detention.

Kenyatta was eventually released in 1962.

On December 12, 1963, Kenya finally gained independence with Kenyatta as her Prime Minister.

The following year, Kenya became a Republic with the man now referred to as Mzee Jomo Kenyatta as her first President. It was also in the same year that Kenya joined the British Commonwealth.

Mzee Kenyatta would then go on to lead the country until his death in August 1978. 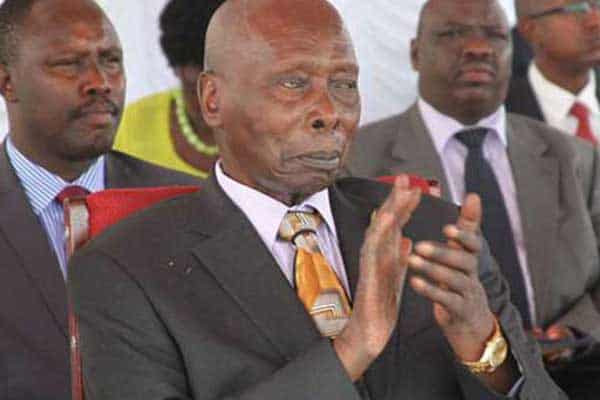 Following the death of Kenya’s first president in 1978, the then Vice President Daniel Toroitich Arap Moi succeeded him as Kenya’s second President. At this point, Kenya was a “de facto” single party state.

In June 1982, the country was officially declared a one party State by the National Assembly and the Constitution was amended accordingly.

The Parliamentary elections were held in September 1983 under a single party for the first time and the 1988 elections reinforced the one party system.

In December 1991 however, Parliament annulled the one party section of the constitution seeing a diversity of new parties formed in early 1992 and by December of the same year, multiparty democracy was restored and elections held with several parties participating.

Moi was re-elected for another 5 year term because of divisions in the opposition, with his KANU party retaining a majority in the legislature.

Moi would go on to again win re-election as President in the December 1997 elections because of a divided opposition.

It is important to mention that the 1990s were a difficult time for many Kenyans. During this time, Kenya floundered economically, there were numerous ethnic conflicts between the Kalenjins and the Kikuyus, and there was also evidence of widespread corruption.

It is also in the same period where the international community pressed unsuccessfully for constitutional reform to give the opposition parties a fair chance against KANU, the ruling party.

Of key importance is Moi’s achievements during his reign. He is remembered for having maintained national and political stability, and he also presided over the expansion of the education sector at all levels.

The President finally retired in 2002, having completed 2 terms in office. 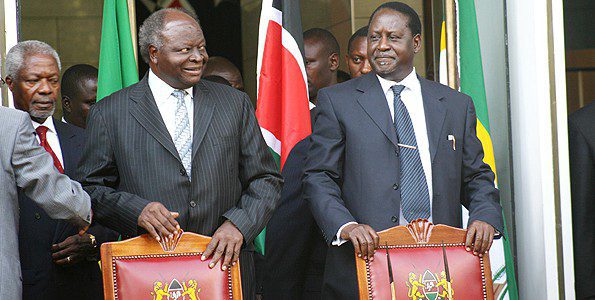 In 2002, Kenya got a new President, Mr. Mwai Kibaki. Kibaki was until this time the official leader of the Opposition, and at one time Moi’s former Vice President.
He was coming from a coalition of opposition parties that had joined forces with a faction that broke away from KANU to form the National Rainbow Coalition (NARC).

Kibaki was the party’s elected candidate, receiving 62% of the total votes in the 2002 elections, and 59% of the total parliamentary seats.

His and his party’s tasks in the new administration included restoring the country’s economic growth, generating employment opportunities that would absorb the high number of the unemployed especially the youth, and reduction of high levels of poverty in the country.

President Kibaki would go on to serve his second term in the Grand Coalition Government that was formed after the explosion of the 2007/2008 post-election violence that occurred after Kenyans went to the general election on December 2007. 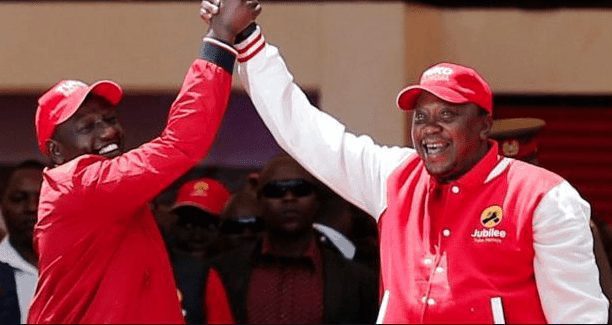 During Kibaki’s second term, Kenya got a Prime Minister, Hon. Raila Odinga. Kibaki and Raila would both serve until March 2013 when Hon. Uhuru Muigai Kenyatta was elected as the country’s fourth President with Hon. William Samoei Ruto as his Deputy.

The two were re-elected in 2017 to serve a second term in office, and are still in office today.

There is a lot to learn about Kenya’s history. Books have been written about the history of the country, and there are even museums that showcase the same. But the above is just a basic picture of where the country has come from, and where it is at.

Let us know if you have any fun facts to add about the history of Kenya!