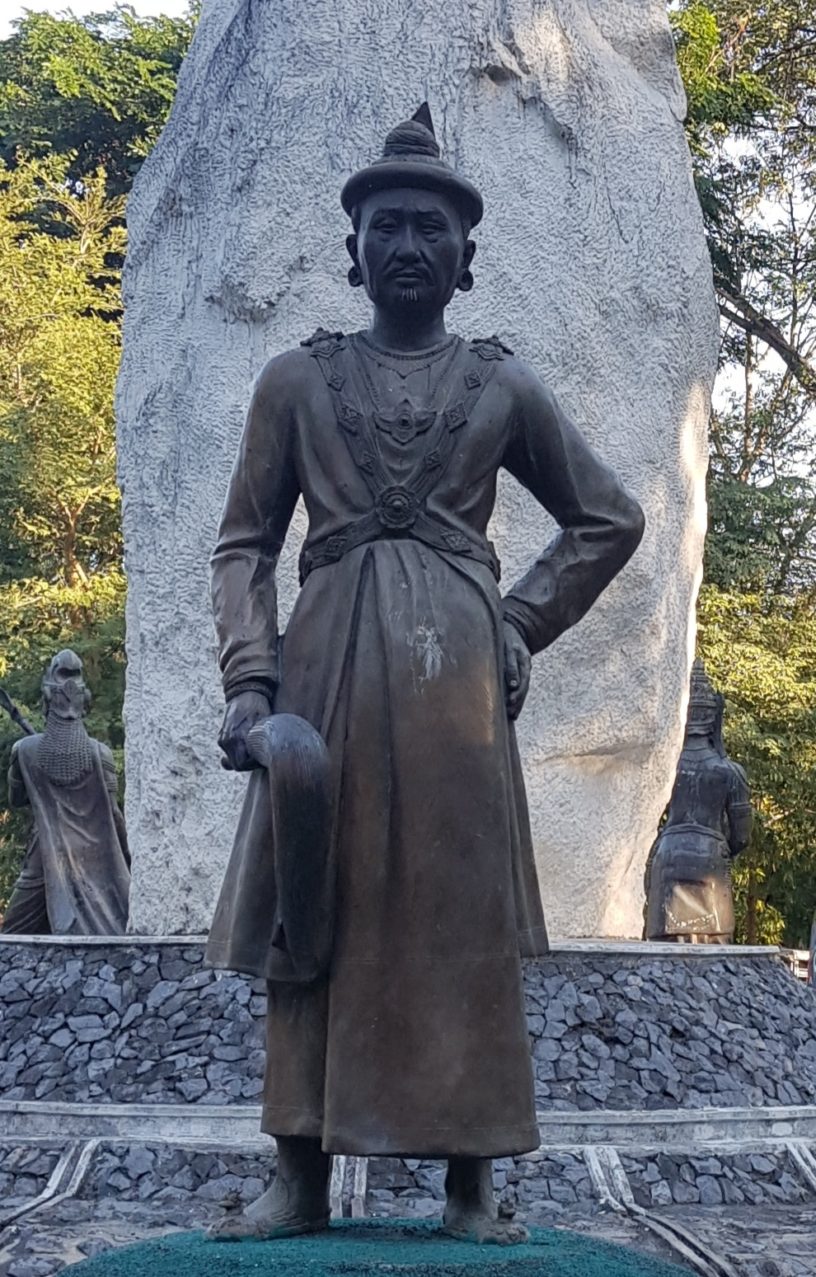 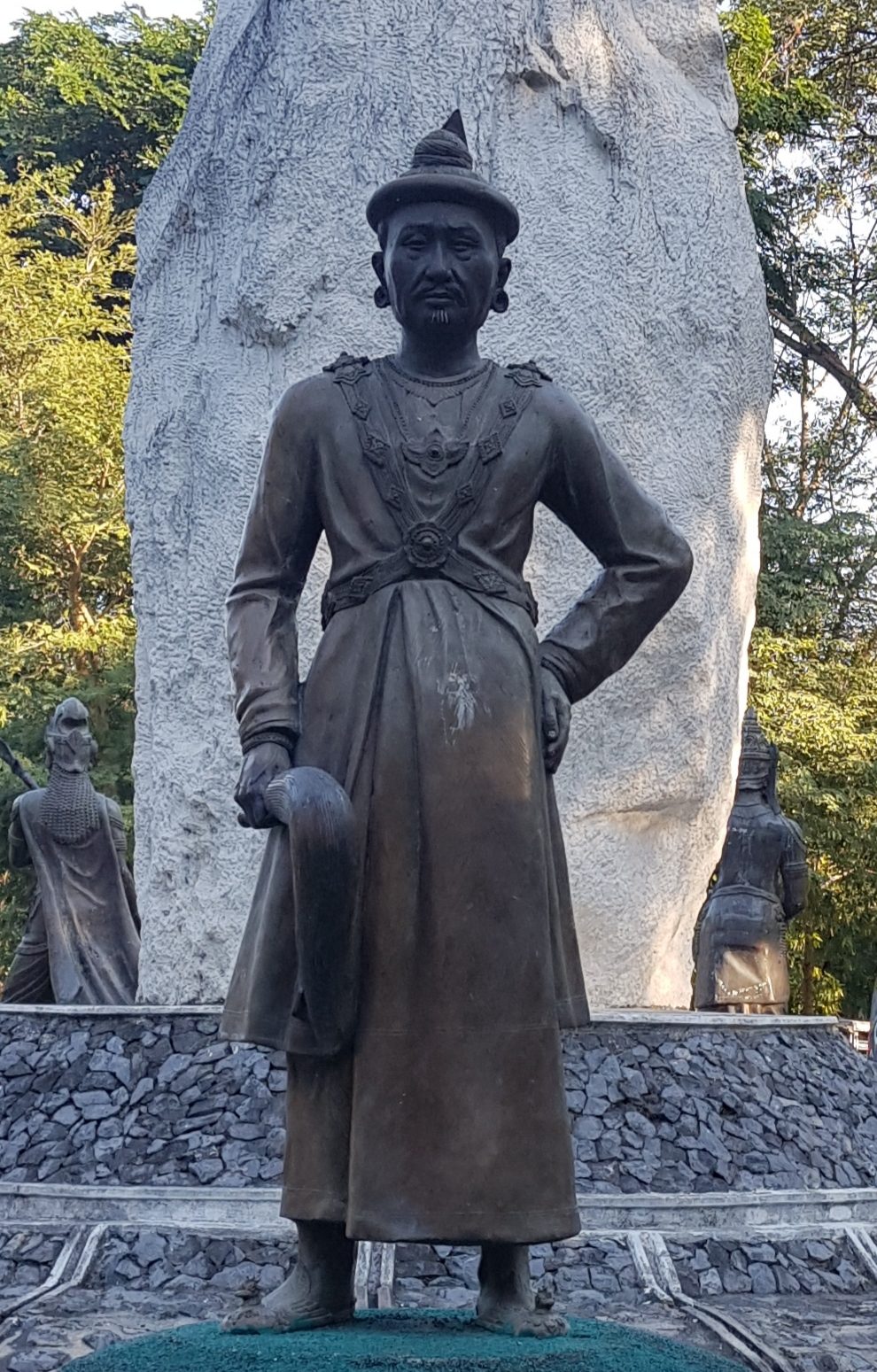 Bodawpaya was born on 11 march 1745. He was the sixth king of the Konbaung Dynasty of Burma.

He was the fourth son of Alaungpaya. The founder of the dynasty and the third Burmese Empire.

Bodawpaya removed his nephew forcefully from office and became the king, Phaungkaza Maung Maung. Son of his eldest brother Naungdawagyi. He moved the royal capital back to Amarapura in 1782.

He was known as the Lord of the White Elephants (Hsinbyumyashin). Later, he became to be known to posterity as Bodawpaya (Grandsire) with his successor, his grandson Bagyidaw (Royal Elder Uncle).

Bodawpaya was a father and husband to many children. He fathered 70 sons and 67 daughters by about 54 consorts.

1. He was Born in a Prominent Family

He was the fourth son of Alaungpaya. The founder of the dynasty and the third Burmese Empire.

His father is considered one of the three greatest monarchs of Burma. This is because of unifying Burma for the third time in Burmese history.

2. He was Proclaimed King after Deposing and Executing his Nephew

Bodawpaya came to power after deposing and executing his nephew Maung Maung. He was the fifth king of the Konbaung Dynasty of Burma.

His reign lasted six days. Phaungkaza Maung Maung was the shortest-lived king among the Konbaung Kings.

On 5 February 1782, the 18-year-old Prince of Phaungka pretended to be a king and entered the palace. King Bodawpaya came to the palace and deposed him on 11 February 1782. Maung Maung and his chief queen were drowned to death on the same day.

3. He Invaded Arakan and Expanded his Territory

Bodawpaya invaded Arakan in 1784. The maritime kingdom on the eastern coast of the Bay of Bengal. He sent his royal armies which were led by his son. The Heir Apparent Thadi Minsaw.

The army invaded Bodawpaya across the western Yoma range of Mountains. He captured the capital of Arakan Mrauk U on 1784. Furthermore, he captured its king, Thamada. He made Arakan a Myanmar province in 1785.

4. The Mahamuni Budha Image and other Treasures were Brought to Burma from Arakan

During his invasion of Arakan, he took the Mahamuni Budha Image to Burma. Moreover, Bodawpaya managed to take other treasures Such as the Khmer bronze statues. This can still be seen in Mandalay.

Additionally, he deported 20,000 captives as slaves to Pagodas. Bodawpaya also took temples and the nobility to Amarapura.

5. His Rule in Arakan was Oppressive that the People Revolted

Bodawpaya’s rule in Arakan became so oppressive. This led the people to revolt in 1794.

However, Bodawpaya sent an army to crush the revolt. The Myanmar troops crossed the border in pursuit of the rebel leaders. Thousands of refugees fled to British territory.

The conditions on the border became so unsettled. In 1795, the British sent a representative to Amarapura, the Myanmar capital. To negotiate with Bodawpaya.

6. The King Pursued an Ambitious Campaign to Expand his Dominions into Siam

Bodawpaya invaded siam after the victory of Arakan. He marched massive armies with a total number of 144,000 to invade Siam in nine armies through five directions. This included Kanchanaburi, Ratchaburi, Lanna, Tak, Thalang (Phuket), and the southern Malay Peninsula.

However, Bodawpaya was defeated. He was defeated due to the overstretched armies and provider shortages. The Siamese under King Rama I and his younger brother Prince Maha Sura Singhanat successfully warded off Burmese invasions.

However, Bodawpaya was not satisfied. He largely retreated in early 1786. The King resumed his campaign during the rainy season.

He sent his son Prince Thado Minsaw to concentrate his forces on Kanchanaburi in only a single direction to invade Siam. The Siamese met the Burmese at Tha Dindaeng.

The Burmese were again defeated and Siam managed to defend its western border. These two failed invasions ultimately turned out to be the last full-scale invasion of Siam by Burma.

7. Bodawpaya Helped Ahom Governor of Guwahati in Assam to Defeat his Political Rival

In 1816, the Ahom Governor of Guwahati in Assam, Badan Chandra Borphukan visited Bodawpaya to seek help. He wanted to defeat his political rival, Purnananda Burhagohain, the prime minister of the Ahom kingdom in Assam.

A strong force of 16,000 was sent with Badan Chandra by General Maha Minhla Minkhaung. The force of Bodawpaya also joined and defeated the Assamese force.

Badan was appointed Prime Minister by the king. In return, Bodawpaya was given princess Hemo Aideo for marriage along with many gifts. The Burmese force retired from Assam soon after.

Unfortunately, Badan was assassinated a year later. The Ahom king Chandrakanta Singha was deposed by a rival political faction led by Ruchinath Burhagohain, the son of Purnananda Burhagohain.

The Ahom King and friends of Badan went to Bodawpaya to seek help. The Burmese forces invaded Assam for the second time in 1819. Bodawpaya reinstalled Chandrakanta Singha on the throne of Assam.

8. A Fervent Buddhist who Proclaimed Himself Arimittya

Bodawpaya was a fervent Buddhist. He proclaimed himself Arimittya, a noble Maitreya. The messianic Buddha was destined to conquer the world.

He persecuted heterodox sects. Furthermore, he made drinking, smoking opium and killing animals punishable by death.

9. The Construction of the Interesting Mingun Temple was Ordered by King Bodawpaya 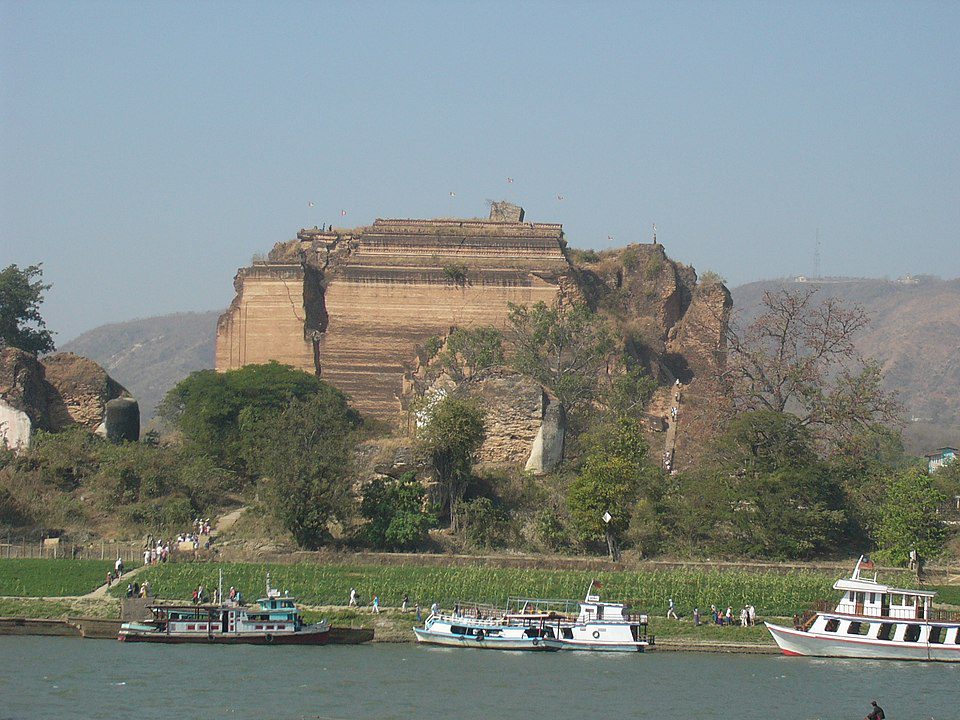 In 1790 Bodawpaya began the construction of a gigantic stupa called Mantalagyi at Mingun.

He used thousands of prisoners of war from his expansionist campaigns and slaves to work on the Stupa. However, it was not finished after the prophecy went round that if completed the king will die.

Thus, construction was slowed to prevent the prophecy’s realisation. When the king died, the project was completely halted.

King Bodawpaya also had a gigantic bell cast to go with his huge stupa. The Mingun Bell, weighing 90 tons, is today the second largest ringing bell in the world.

10. He was Succeeded by His Grandson

Bodawpaya died in 1819. After his death, he was succeeded by his grandson, Prince of Sagaing.

He later became to known as Bagyidaw. The Heir Apparent, the father of Bagyidaw, died in 1808.