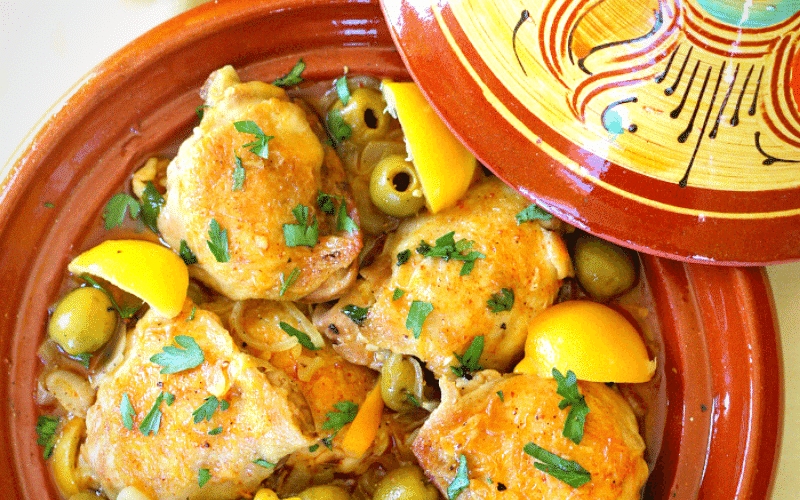 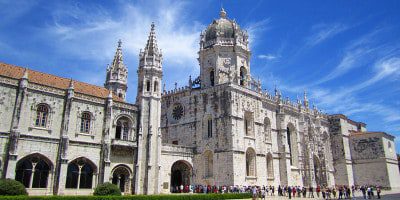 What to see in Jeronimos Monastery in Lisbon 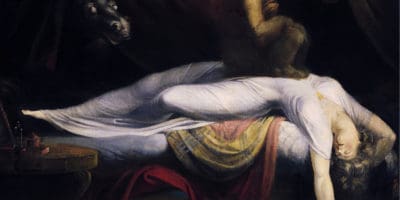 The Creepiest Ghost Stories of Paris

Moroccan cuisine is one of the top cuisines in the world. It is first and foremost characterized by its deliciousness and heartiness as time and love is put into every meal. The Moroccan gastronomy is very diverse since it fuses between different cuisines of the world: Berber, European, Sub-Saharian, and Mediterranean. It is also quite extensive for covering a large amount of ingredients and including all of meals courses, drinks, salads, pastry and bakery. Moreover it interweaves between tastiness and healthiness. Down below is a list of the top 10 Moroccan foods that you must try: 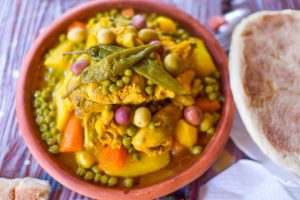 If you have ever heard of Morocco, then you must have heard of the “Tajine”. This famous dish is not only delicious, but super healthy. It is mainly made of meat (poultry or lamb) and vegetables, including: potatoes, carrots, onions, …etc. All soaked in a spicy broth and beautifully organized in the center of the Tajine. As different as the ways it could be made, depending on the region, the final product is almost the same. What makes this dish even far interesting is the special way it is cooked (on coal usually) for a long time and the clay item of cooking itself (after which the name “Tajine” came from) which absolutely simulates the senses and takes one back to mother nature. 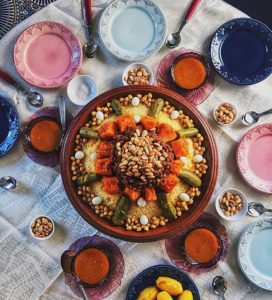 Couscous in another popular Moroccan dish. Exactly like the Tajine, Couscous is mainly made of vegetables, except that it is based on durum wheat. This dish is usually served in a “Gassria”, another traditional clay dish that is also used  for making bread. Broth in which the vegetables got cooked is used to further moisture the tiny durum bits and make them easier to digest. Cousous is typically eaten by Moroccans on Fridays after the special Friday Prayer. It is definitely a delicious but a heavy meal. 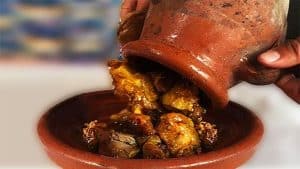 Tanjia is a typical Marrakshi dish. Moroccans from other cities tend to tease them two things: their accent and how they love their Tanjia. The Tanjia is based on meat and a nice combo of spices, namely saffron.They’re usually prepared at home and sent to the “Fernatchi” (a place for cooking that accompanies the Moroccan steambath). Taking a good amount of time to be cooked, the meat gets very soft and easy to chew and the broth absorbs the spices very well as it starts to taste super well. It goes without saying that dishes which use ample liquids are eaten with bread. 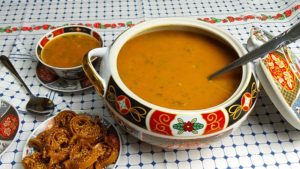 The Moroccan soup (or alternatively Harira) is a traditional spicy thick soup. It is very nutritious and rich of healthy ingredients. The Moroccan soup takes an orange color after it drinks in the components. Major ingredients are: tomato, rice, lentils, chickpeas, and a mixture of flour and water called “tadouira” (or the thickener). It is frequently consumed by Moroccans during the month of Ramadan and habitually served with dates and “chebakia” . 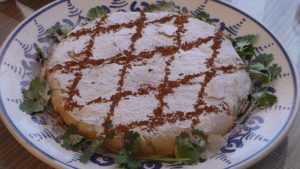 Bastila is a good example of a Moroccan food that roots back to the Andalusian cuisine. It is a fancy dish for Moroccans that is usually eaten on special occasions, especially weddings. Bastila can be prepared either by chicken or seafood. The chicken pie is principally made with the use of almonds, eggs, chicken meat. The pie based on seafood is prepared with a mix of fish and a zesty Chinese vermicelli .To prepare the Bastila, a special Moroccan pastry sheets called El-Warqa are used to add the crisp into the dish and contain the stuffing.

Msemen and baghrir are one of the most popular snacks in Morocco. Msemen is made of the regular combination of flours normally used for the Moroccan bread, except for the addition of oil. Msemen can be also stuffed with onion and peppers. It usually takes a square shape and the Meloui that is made of the same ingredients is round and a bit heavier. Baghrir is characterized by its light soft texture and tiny holes. And Baghrir doesn’t feel complete without olive oil and honey. 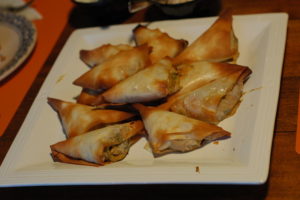 Briouate could be considered as the snack version of Bastila as they both use the Warqa. However, briouate are distinguished by their triangular shape and relatively smaller size and are more open to interesting ideas for the stuffing .They could be stuffed with: almonds, ground meat, tuna, chicken, cheese, vegetables,…etc. Sweet or savory, Briouate make an important part of the Moroccan pastry for how delicious and creative they could get. 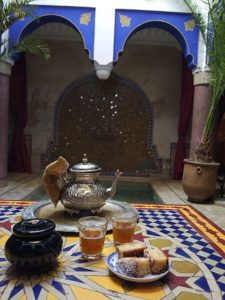 If there is anything highly consumed by Moroccans, it is tea and bread. Moreover, they almost go hand and hand. The Moroccan bread, whether it’s pan pita bread or the regular heavy-textured oven bread, is eminently healthy and full of carbs. In fact, Moroccans eat most of their meal courses with bread. Knives and forks aren’t very popular here. The Moroccan Tea in mint is everyone’s favorite. The fragrant flavorous mint, the color, the bubbles on top, the beautiful serving glasses… There is nothing not to like about Moroccan Tea.

9. Beef (or lamb) stew with Prunes 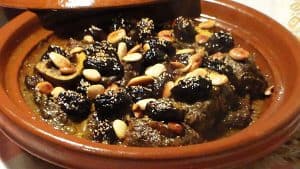 This is another one of the most delicious Moroccan meals and my personal favorite. This dish is based on meat, prunes (or dried plums).Fragrant spices are added, such as: saffron, ginger, and cinnamon. It is a sweet dish for the most part except for the broth that takes a sweet salty taste. Grilled almonds crowning the dish are just the cherry on top of the cake. 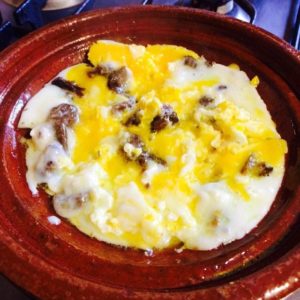 Khlea in Morocco refers to a kind of preserved meat that is made through a work-intensive process with intention to simmer the dried meat called “El Gueddid” . The meat is salty, intact, delicious, and ready to eat. Though, this dish is typically Fassi (from Fes), it is almost as popular in Marrakech city. As many as the ways in which it could be prepared, using khlea with fried eggs remains the best food combination and an excellent option for breakfast.

The Paris interview with David and Veronica 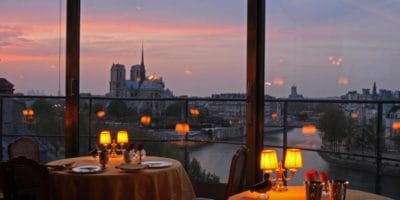 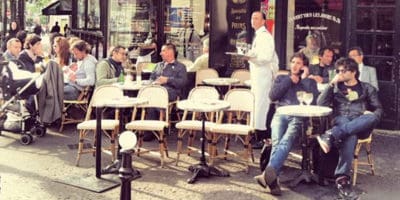 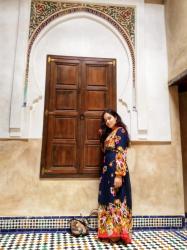