Top 10 facts about the Sahara Desert 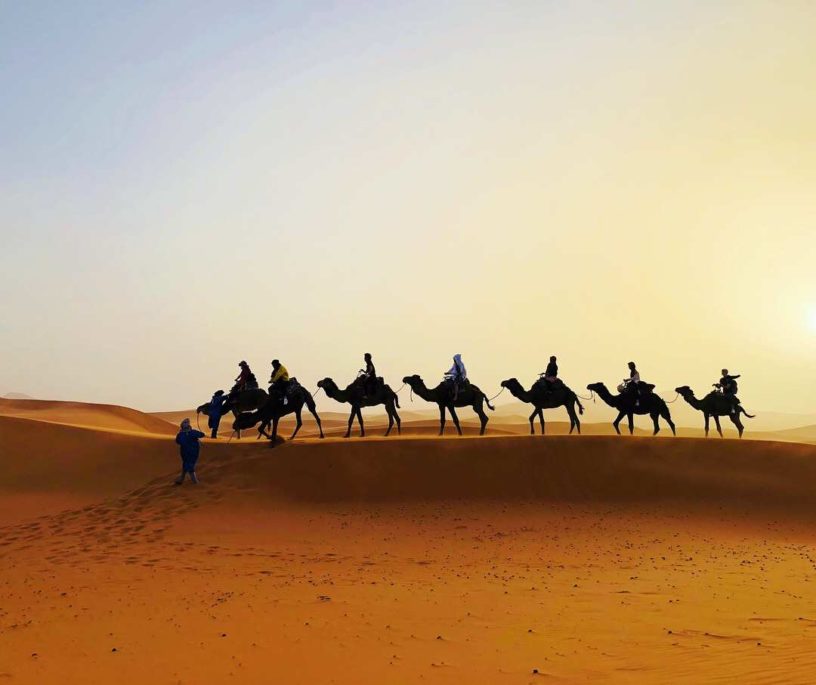 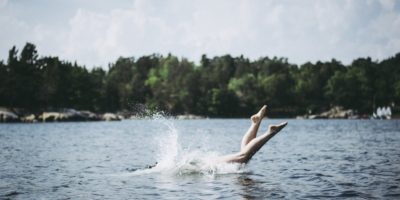 Where to swim in and around Paris 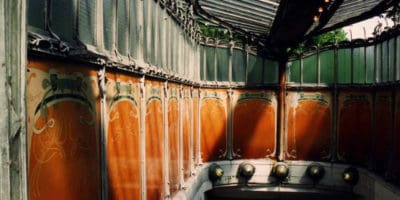 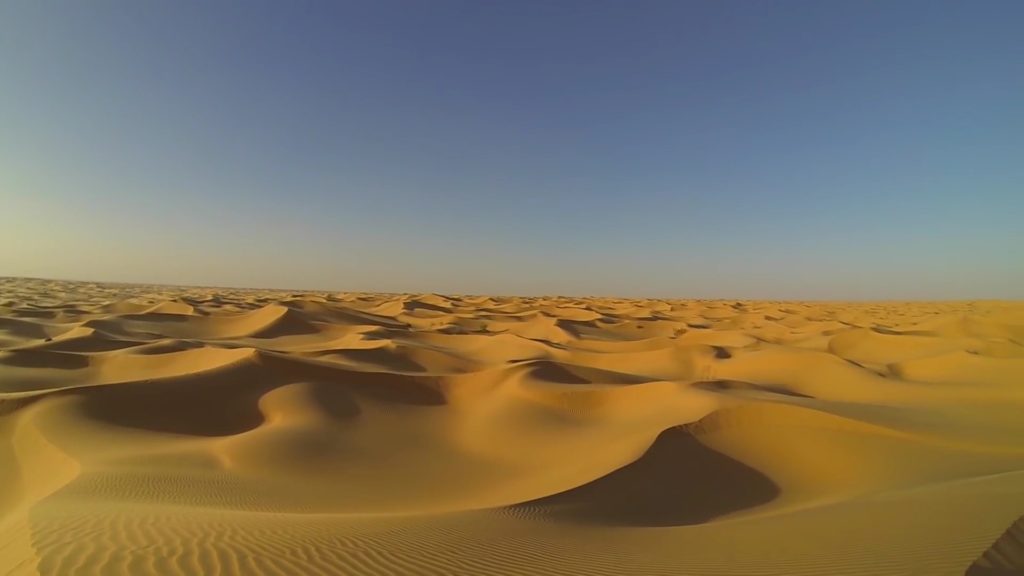 Top 10 facts about the Sahara Desert

The Sahara Desert is the largest hot desert in the world as well as the third-largest after Antarctica and the Arctic.

This Desert covers 9.2 million km², no doubt the same size as China. It takes up a total of 8% of the earth’s land expanse.

Located in the northern part of Africa, The Sahara Desert has a daunting climate and is one of the harshest environments one can live in.

Temperatures here are not as high as one may think. The sun is scorching during the day and it is cold during the night. This is due to the lack of humidity in the air.

The Sahara Desert forms part of the two major eco-regions in the continent, the other one being sub-Saharan Africa; these are countries found south of this massive desert.

It is not just sand and rocks found in this desert, there are beautiful landmarks, rivers and animals that call this place home.

Here are 10 more interesting facts about the Sahara Desert.

1. The Sahara Desert cuts across 11 countries

A small section of the northern region is considered fertile like the Mediterranean Sea coast, the Atlas Mountains of the Maghreb, and the Nile Valley in Egypt and Sudan.

On the east, the Sahara Desert meets with the Red Sea, the Mediterranean in the north and the Atlantic in the west while it borders with the tropical savannah in the south. The landscape of the desert changes from desert to coastal plains.

2. The Sahara Desert alternates between savannah grassland and desert 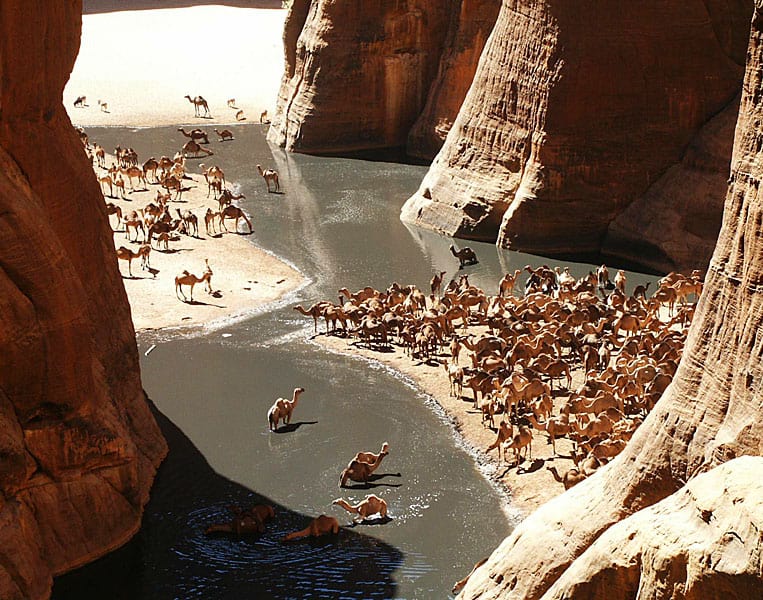 The environment of the Sahara Desert has not always been dry and sandy, for hundred of thousands of years.

The environment has interchanged between desert and savannah grassland in a 20,000-year cycle.

This is caused by the precession of Earth’s axis as it rotates around the Sun, which changes the location of the North African Monsoon.

About 10,000 years ago after the last ice age, the Sahara Desert was transformed. It featured green vegetation on the dunes and it also received heavy rainfall.

The lush vegetation drew wild animals to the desert and they thrived for several years.

The Sahara is surrounded by large water bodies; the Atlantic Ocean on the west, the Red Sea on the east, the Mediterranean Sea on the north and the Sahel Savannah on the south.

There are varied land features in this desert. The most common are the dunes that are about 600 feet high. Interestingly, they only cover about 15% of the desert.

There is an extinct volcano in the desert known as Mount Koussi. This mountain is found in Chad with its highest peak being 11,204 feet. 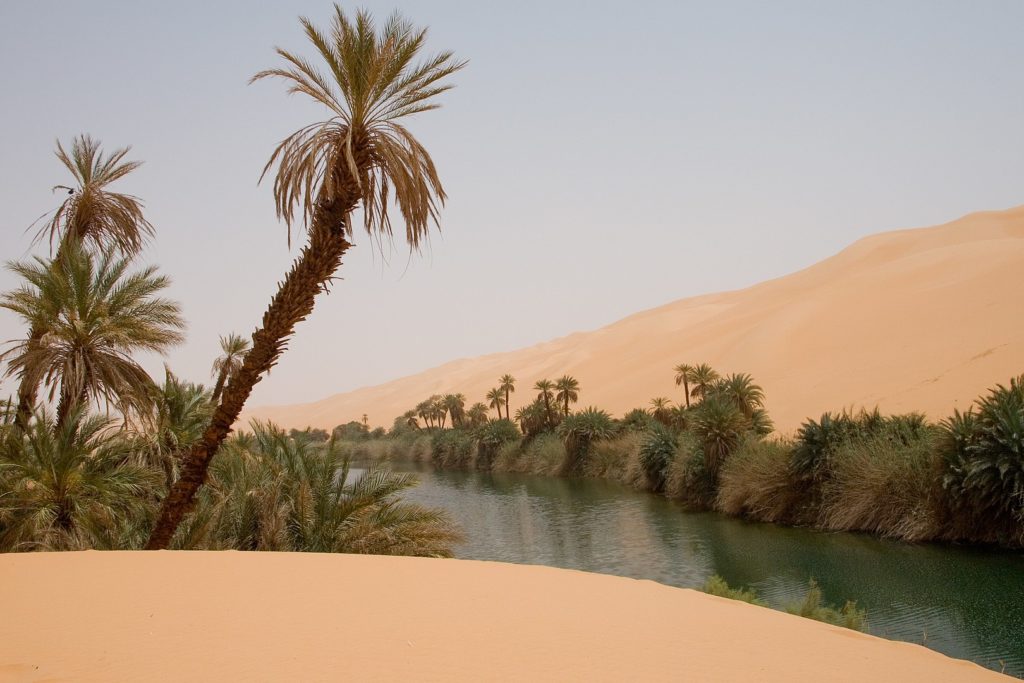 Photo by I Luca Galuzzi – Wikimedia

Two rivers flow through the Sahara Desert; the River Nile and The Niger River.

The desert also has about 18 seasonal lakes and huge aquifers. These lakes are the source of water to more than 100 desert oases.

Rainwater and runoff water feed these aquifers therefore they do not dry up.

5. There are more than 500 species of plants that thrive in the Sahara Desert

Despite the harsh conditions of the desert, several plants and animals call the region home.

It is approximated that there are 500 species of plants, 70 known animal species, 90 bird species and 100 reptile species found in the vast Sahara.

These plants and animals have all adapted to the arid condition of the desert. The plants for instance have their roots deep underground in search of water.

Their leaves are also thin to minimise water loss through transpiration. A majority of the plants are found along the Nile Valley.

6. Camels are the most popular animals found in the Sahara Desert 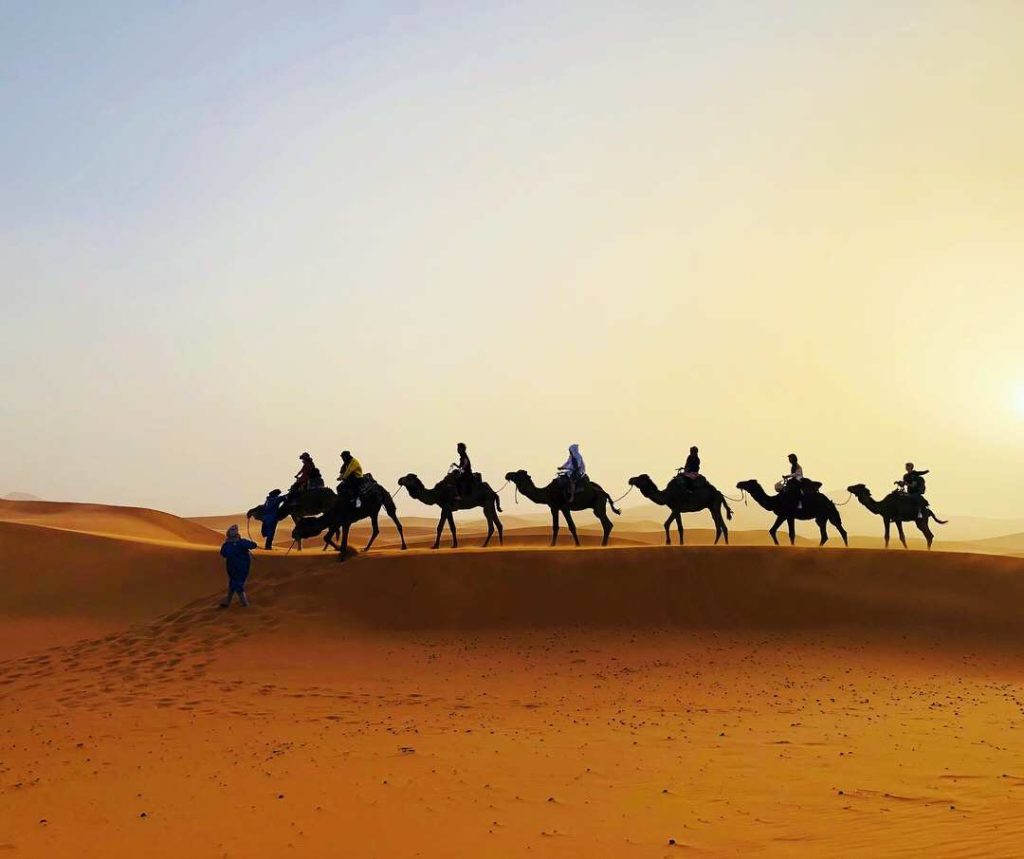 Camels are one of the most iconic animals of the Sahara. These animals are popularly known as the ships of the desert.

The fun fact is that they are native to North America but found their way to Africa more than 5 million years ago.

The Arabs domesticated the camels and used them mainly to transport goods in the desert. They can go for weeks without water and food.

7. The Sahara Desert is not as hot as one may think

The Sahara is said to be the hottest desert in the world although its average temperature is 30°C. Its highest recorded temperature was 58°C.

On average, the Sahara Desert receives less than 1 inch of rainfall annually.

Temperatures in this desert drop significantly at night and can get to as low as -6°C. Only the mountain ranges in the Sahara receive regular snowfalls.

During the summer, the Sahara Desert is the hottest place on earth. The temperatures rise to about 100.4 and 104.0 °F.

8. The largest and earliest grave of Stone Age people is found in the Sahara Desert 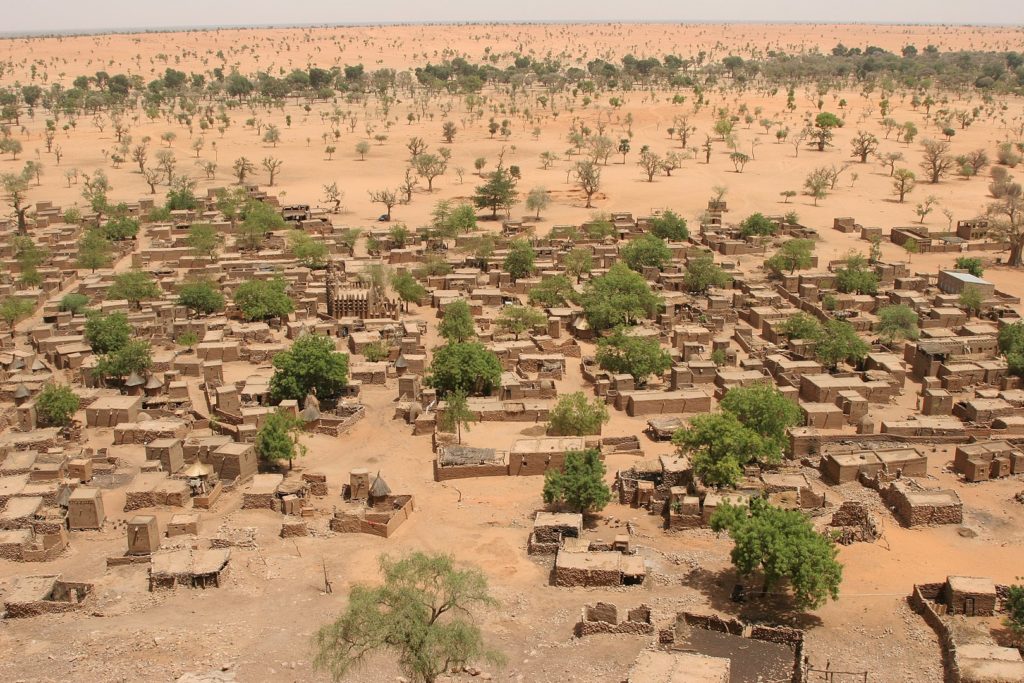 The Kiffian culture existed between 10,000 and 8,000 years ago in the Sahara, this was during the Neolithic Sub pluvial.

Anthropologists found human remains from this culture in the year 2000 at a site known as Gobero. It is located in Niger in the Ténéré Desert.

These people were skilled hunters and several bones of large savannah animals were discovered in the same area. They were also believed to be tall standing over six feet in height.

The location of the bones suggested that the Kiffian people lived on the shores of a lake during the Holocene Wet Phase. This was when the Sahara was verdant and wet.

9. The Sahara Desert is bigger now than it was thousands of years ago

The area of the Sahara Desert has grown nearly by 10% since 1920. Like most deserts, the Sahara increases in size during the dry season.

Humans also greatly contribute to the growth of the desert as well as climate change.

To counter the effects of climate change, large scale wind and solar farms have been installed in the desert. This provides clean energy and reduces carbon emissions.

10. The most widely spoken language in the Sahara Desert is Arabic

The people of the Sahara are of various origins. Despite this, they have a common language, Arabic although it is of different dialects.

Current tribes found in the desert are the Amazigh who make up the Tuareg, Sahrawis, Znaga, Toubou, Nubians, Zaghawa, Kanuri, Hausa, Songhai, Beja, and Fulani. 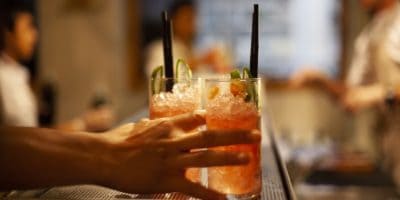 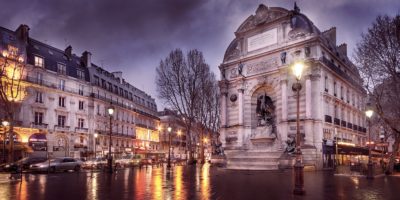