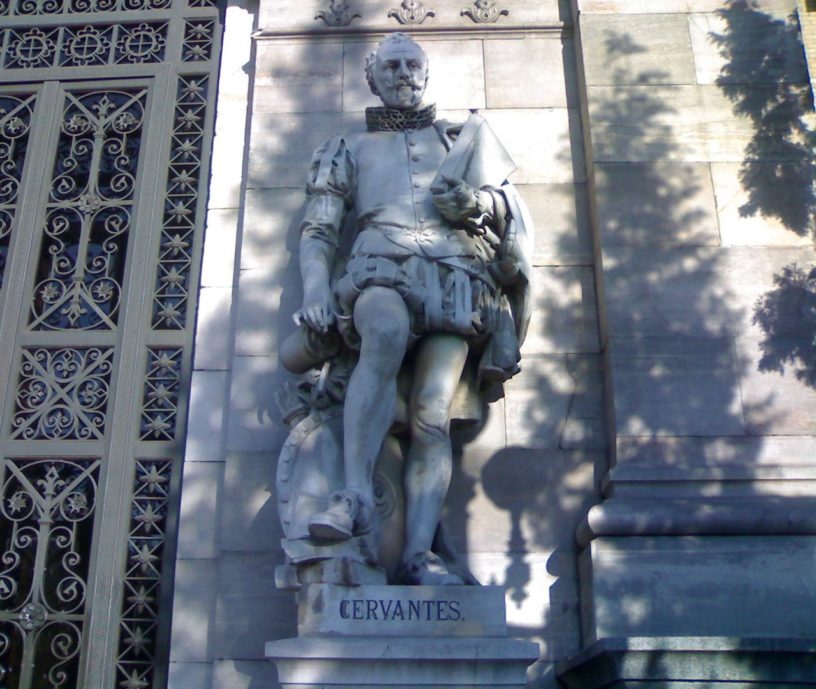 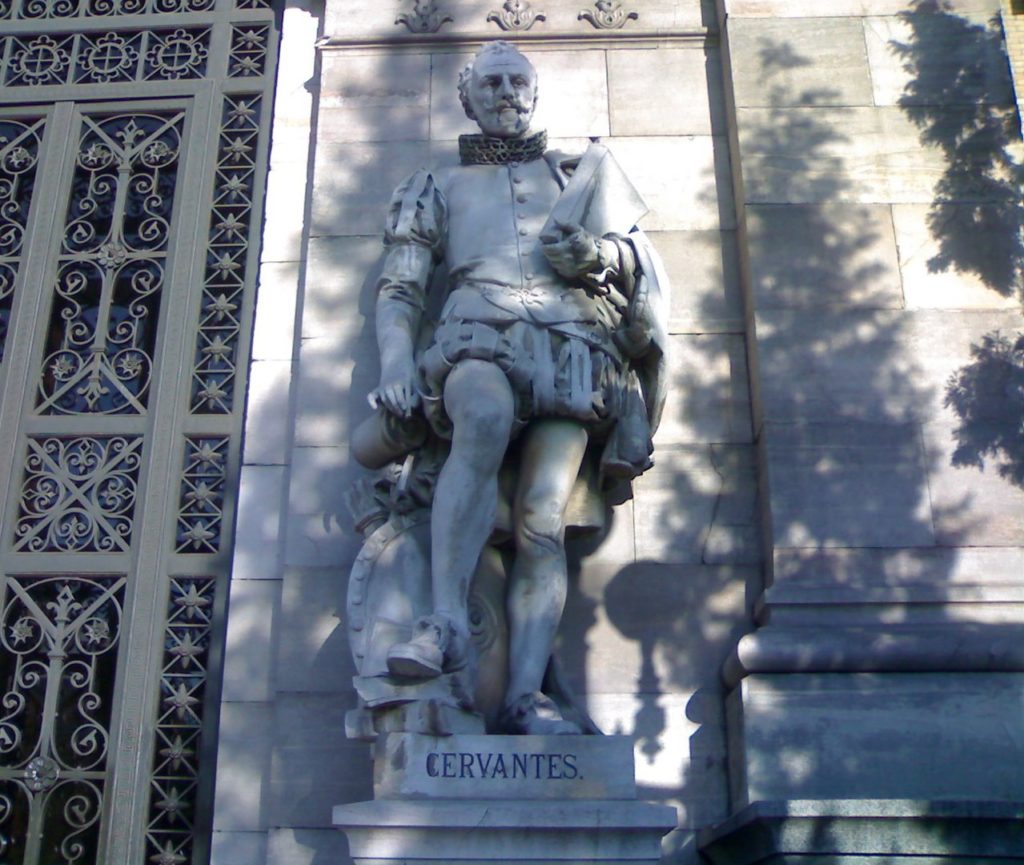 Miguel de Cervantes was born near Madrid in 1547. He became a soldier in 1570 and got badly wounded in the Battle of Lepanto.

He spent five years in prison after he was captured by the Turks in 1575. He was later ransomed and returned home.

He is best known for being the author of Don Quixote (1605, 1615), a widely read literary classic. He also was noted for his short story collection Novelas exemplares (1613; Exemplary Stories) and several plays and poems.  Cervantes died in 1616.

Here are some top 10 facts about Miguel de Cervantes

1. He Came from a Large Family

Miguel De Cervantes was born in Alcalá de Henares and was the fourth of the seven children born to Rodrigo Cervantes.

His father was deaf and worked as a surgeon, and his mother, Leonor de Cortinas, knew how to read and write, a very rare skill for women at the time.

Three of his siblings sadly died at a young age; his eldest brother Andres died shortly after birth, His sister Magdalena died five years before Miguel was born and later his younger brother Juan at an unknown date.

His older sister Luisa joined the Catholic Church as a nun. He had one other sister Andreas and a younger brother Rodrigo.

Although his father was a surgeon, it was not a prestigious skill as is now. It was hard to come by a job and the family had to move frequently as his father searched for better prospects.

Despite his family’s struggling financial situation, Cervantes was said to be an avid reader a skill reportedly taught by a relative.

Cervantes was in the army with his brother Rodrigo during the Battle of Lepanto, which took place on the 7th of October 1571. During the fight he suffered bad injuries on his left hand, partially crippling it.

However, this did not stop him; he went back to battle after recovery from 1572 to 1575 until Cervantes and his brother Rodrigo took a trip back to Spain.

After Cervantes and Rodrigo left the battlefield for Spain, their new life was short-lived as they ran into Turkish ships. The Turks detained them and were taken in as slaves and prisoners to Algiers.

They were imprisoned by the Moorish ship captain Dali Mami, also known as ‘El Cojo.’ The value of his ransom was ‘500 escudos de oro,’ an amount his family could not afford to pay.

Cervantes made several attempts to break out of prison but never succeeded. Rodrigo was released three years earlier than Cervantes. He was in prison for five years. In 1580, he was finally able to gain his freedom after a ransom was paid for his release.

4. Cervantes Debut as a Poet while in Service

In this published work, he shared some poetry to a memorial anthology after the death of Elizabeth of Valois, the wife of Spain’s King Philip II.

Cervantes, however, did not write more poetry, instead, a year later he went back to battle joining a Spanish military unit in Italy.

In 1584, Cervantes married Catalina de Salazar y Palacios the daughter of a wealthy farmer. She was 18 years younger than him.

In the late 1580s, it is believed that Cervantes left Catalina and the marriage hit the rocks. Despite the tough times; Cervantes being sent to prison for embezzlement, the two remained married until Cervantes’s death.

Cervantes and Catalina never had any children.

Cervantes had an affair with actress Ana Franca de Rojas, with whom he had a daughter named Isabel de Saavedra in 1584.

When their ship was attacked at sea by the Turkish pirates; Cervantes had letters with him that the captors saw as a prized prisoner, this allowed him to be treated fairly while in prison.

The captor, Hasan Pasa, placed a high ransom on his head and kept him for longer.

This saved his life after his numerous failed escapes. The punishment for such was; death, mutilation or torture. 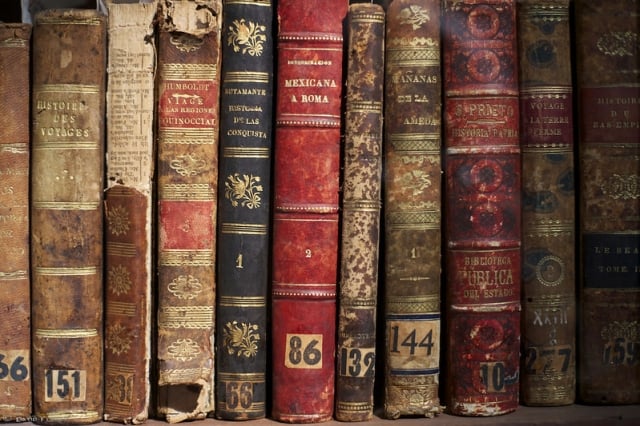 Miguel turned the lemons thrown to him into lemonade. His captive years provided him with enough content to write a book and two plays.

In 1605, Cervantes published the first part of Don Quixote, a novel that tells the story of an elderly man who became so enamored by the old stories of brave knights that he seeks out his own adventures.

The book became the world’s first bestseller and was eventually translated into more than 60 different languages.

The only information known about the appearance of Miguel de Cervantes’ face is his own description as it is written in the prologue of his work Exemplary Novels.

He describes himself as ‘This you see here of aquiline face, brown hair, forehead smooth and emptied, of bright eyes and nose curved, although well provided….’

All the accessible portraits of Cervantes were based on this description. The description was written when the author was approximately 60 years of age.

The most famous oil painting of Cervantes is attributed to Juan de Jáuregui who was a poet, painter and literary academic.

In the prologue that Cervantes wrote in his Exemplary Novels, he clearly stated that his portrait should be painted by Jáuregui.

This portrait is located in the Real Academia Española (REA), but there remains some controversy over its authenticity.

On the 22nd of April 1616, Miguel de Cervantes breathed his last. It is believed that the cause of his death was type 2 diabetes.

Shortly before his death, Cervantes had mentioned in his work that he had only six teeth. He was buried in the grounds of a convent in Madrid, in an unmarked grave.

Miguel de Cervantes died aged 69. He has been credited with writing the first modern novel. His work has inspired countless other authors throughout the centuries including Gustave Flaubert, Henry Fielding and Fyodor Dostoyevsky—and the story of Don Quixote has been retold in many ways, including in the popular musical The Man of La Mancha and in an artwork by Pablo Picasso.