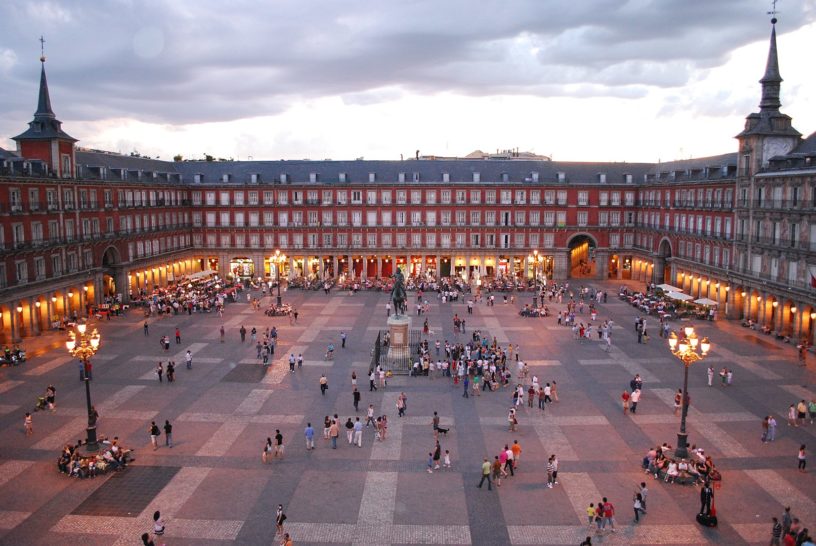 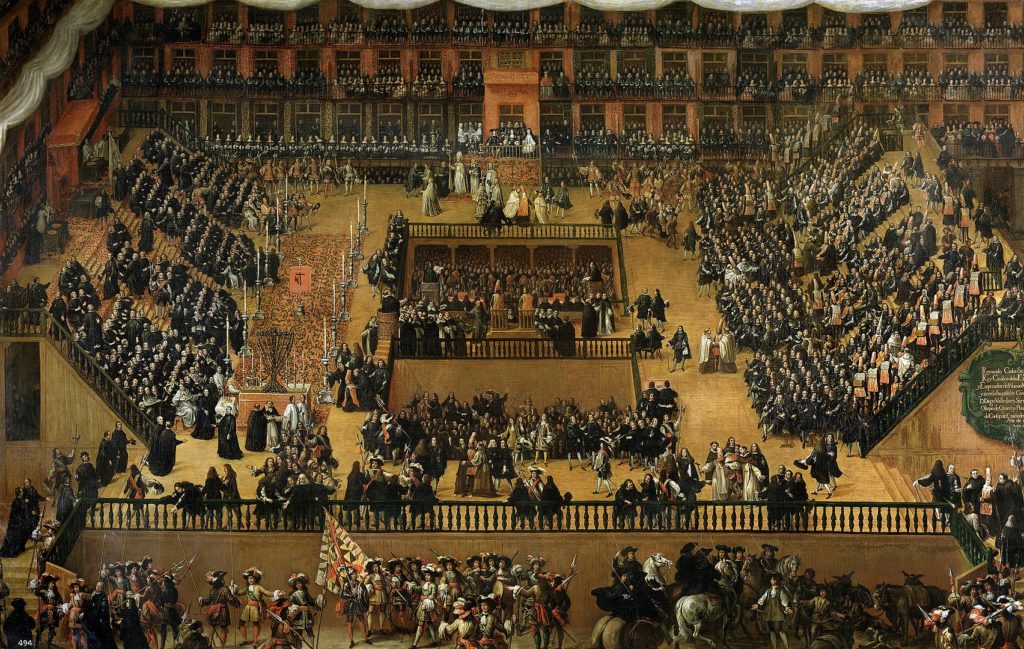 The Plaza Mayor is a main public square in the heart of Madrid, Spain’s Capital. It was built in between the 16th and 17th centuries during the reign of King Philip III.

This is one of the most famous landmarks in the city of Madrid and tags along with with-it rich history since its genesis.

Several important public functions have been held here while in the same breath it has experienced many disasters.

The main architect that designed this public square was Juan de Herrera. He finished working on the square in 1619.

In the subsequent years, the square got destroyed by fire and other architects were tasked with its reconstruction.

This public square is one that you cannot miss while in Madrid. So here are the top facts about the Plaza that you will find interesting.

1. Several architects were assigned the task of building the plaza

Real construction began in 1617 under king Philip III. It was then completed in 1621.

They were tasked with designing the project in the 16th century. The plaza, however, got destroyed several times by fire and was rebuilt each time.

The plaza has several commemorative plaques and monuments.

2. The Plaza had multiple uses 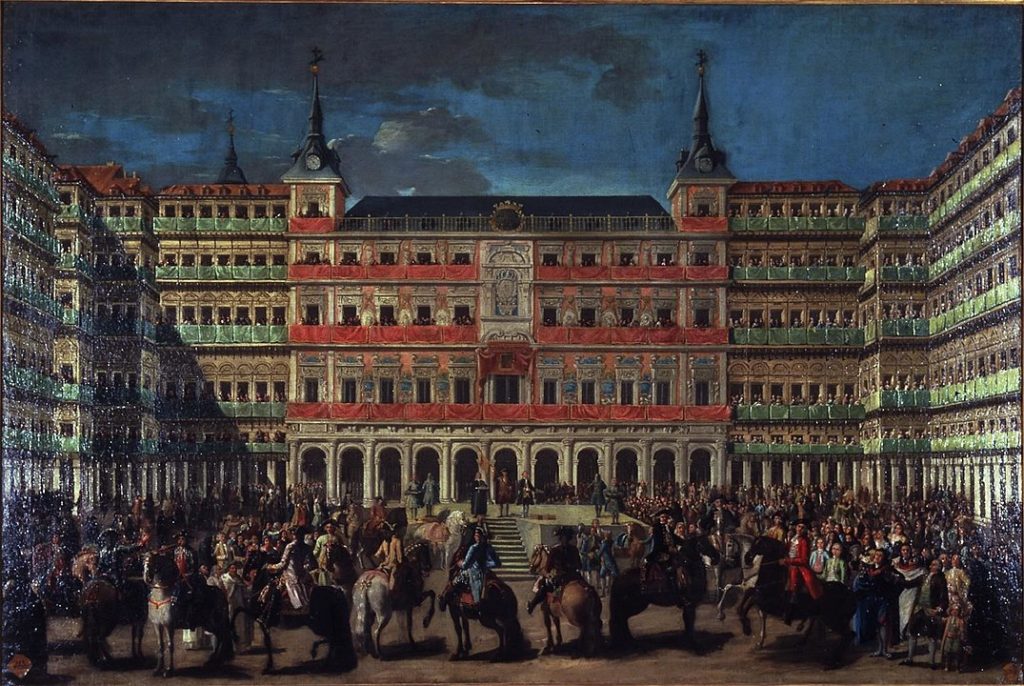 Plaza Mayor has been used by the government and the public to hold several events and celebrations.

Some of the events held here were sombre such executions. Today the square hosts the annual Christmas market.

It initially used to host bullfights, soccer games, crowning ceremonies and on Sundays, it would turn into a market. The market is for the stamp and coin collectors.

This plaza was the main market of Madrid in the 16th century. Today, still standing, is the oldest restaurant in Spain and Europe.

During the Spanish conquest, the locals were forced to public tests of their faith at this square, this was when Muslims ruled most of the Spanish region.

3. Plaza Mayor in Madrid has undergone several renovations due to fire

Architect Juan de Villanueva reconstructed the Plaza Mayor for the second time in the year 1790. This was after the Plaza was destroyed by a series of large fires.

Juan de Herrera was also commissioned to remodel the Plaza whose construction work began in 1617.

His work was continued by Juan Gómez de Mora on the architectural renovation and finished it in 1619.

The first fire to occur at the Plaza was in 1631 after which Juan Gómez de Mora renovated it again.

In 1670, another fire broke out and the renovation work was done by an architect known as Tomas Roman.

4. There are several entrances the Plaza Mayor 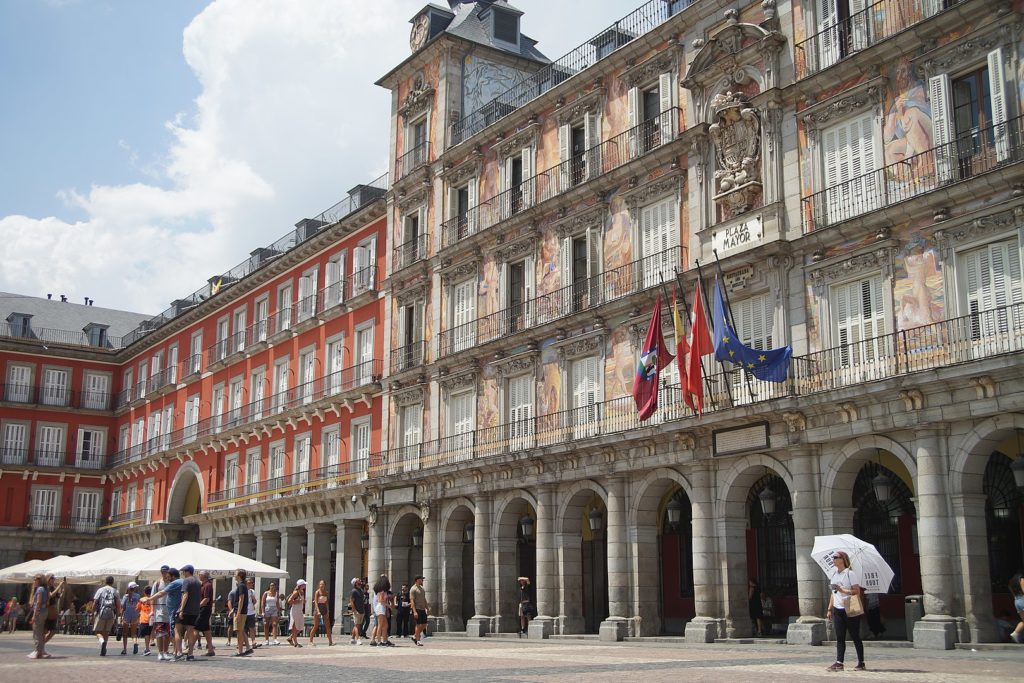 You can access the Plaza through several entrances and exit gates.

There is a total of 9 gates to choose from for your entrance or exit. They are 7 de Julio, Arco de Triunfo and Felipe III to the North; Sal, Zaragoza and Gerona to the East; Botoneras, Toledo and Cuchilleros to the South; Ciudad Rodrigo to the West.

These gates were constructed after a series of fires destroyed the Plaza between the 17th and 18th centuries.

Juan de Villanueva came up with the design of new entrances after the worst fire hit the Plaza in 1790.

He lowered the building façade by two storeys and enclosed the square at its corners, in the process creating nine arches.

The most popular arch is the Arco de Los Cuchilleros that has steep steps.

5. King Philip’s statue is the main attraction at the Plaza 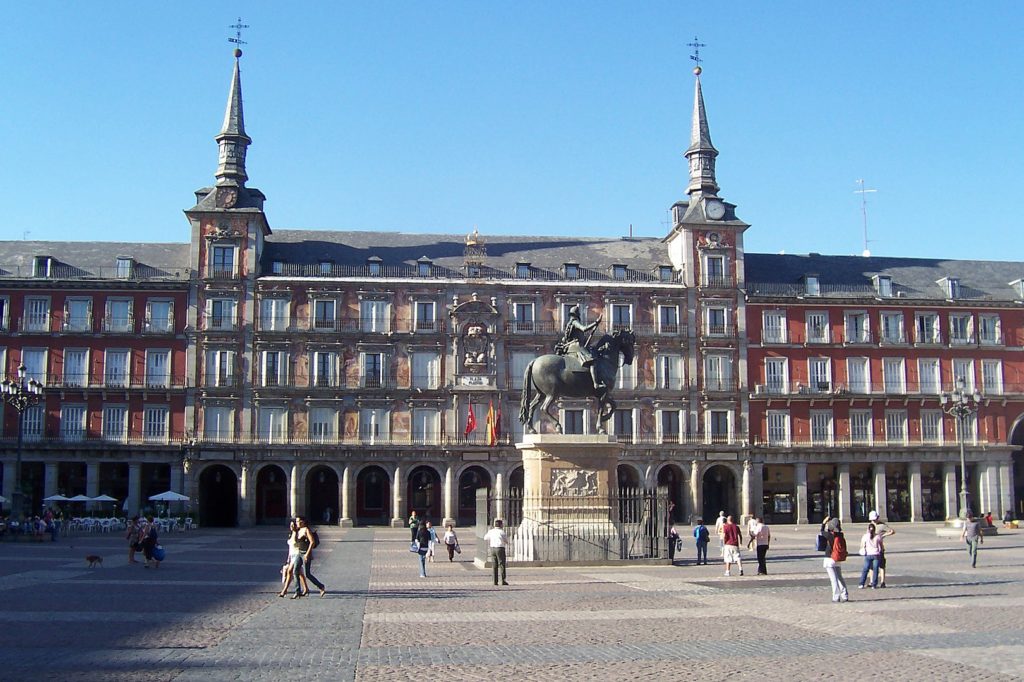 The centrepiece of this public square is the magnificent statue of King Philip III on a horse. This bronze statue was built in 1848.

As a sign of acknowledging his contribution to the construction and completion of the square; the Duke of Florence rewarded him with the statue.

It was designed by Giambologna and built by Pietro Tacca in 1616. The statue acts as the guardian of the Plaza by watching over the entrance of Casa de Campo.

King Philip ruled Algarve, Portugal, and Spain. This statue is one of the most valuable monuments in the city of Madrid.

The statue was not always at the centre of the square. It was moved here after Queen Isabel borrowed it for the city in 1848.

6. There’s parking space below the Plaza

A state-of-the-art parking lot was added under the plaza in the 1960s. This was done to provide space to cars in the city thereby reducing road traffic.

7. The Plaza was known by a different name

Plaza Mayor was not always known by this name when it was first completed. Its name has changed over time.

The names are a reflection of the historic events that happened in Spanish history.

8. The oldest restaurant in Madrid is found at Plaza Mayor 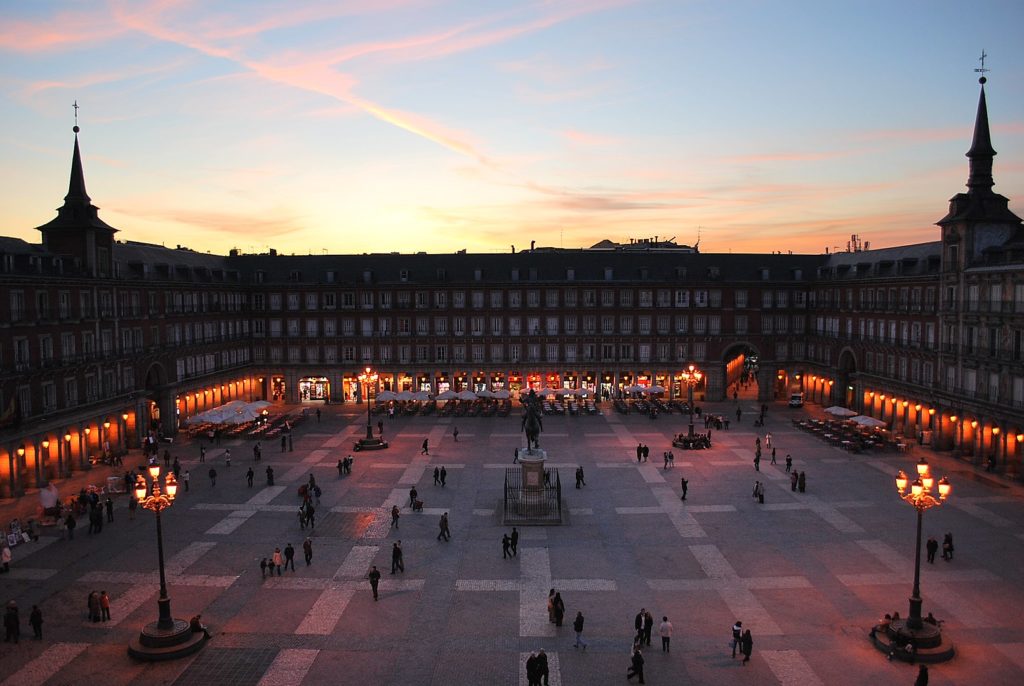 One of the oldest restaurants in Spain and the entire world is found at Plaza Mayor. This restaurant was entered into the Guinness Book of World Records.

The restaurant was established in 1725 by Jean Botin and his wife who were both from France.

It was known as Casa Botin and later changed to Sobrino del Botin after his nephew inherited it. The term Sobrino is Spanish for nephew.

The famous artist de Goya worked at the restaurant as a waiter. He worked here while waiting for his admission to the Royal Academy of Fine Arts.

One interesting fact about the restaurant is that it still uses its original recipe and has never turned off their oven as was its tradition.

9. The architecture of the buildings at the plaza are from the Renaissance period

The Plaza Mayor’s Renaissance architecture was beautifully built and lets in plenty of sunshine.

The buildings in the Plaza have inner arches with cafes, bars, restaurants, and shops.

There are beautiful frescoes from the 17th century that overlook the plaza.

The frescoes tell the story of bullfights and executions that took place at the Plaza during the Spanish Inquisition.

10. It is one of the largest public squares in Europe 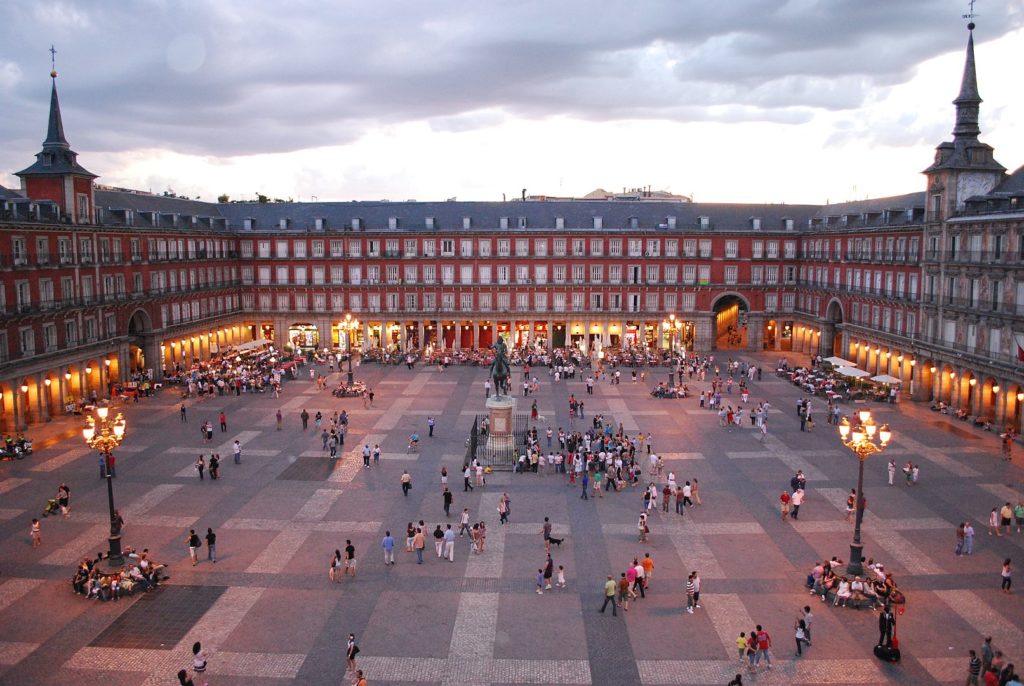 Located in the heart of Madrid, is this beautiful historic square.

Plaza Mayor is the city’s main square and the meeting point visitors seeking to explore the beautiful Old town of Madrid.

It is also the largest public square in Europe.