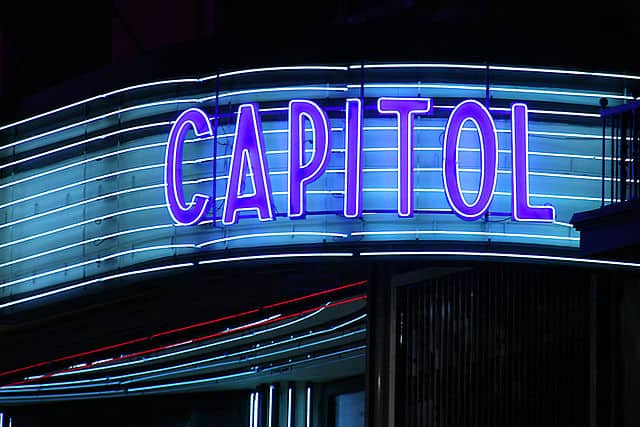 While Hollywood is known worldwide for its cinema, don’t knock Spanish cinema ’til you try it! In recent years, movies coming out of Spain have finally begun to garner the appreciation that they deserve. One of the first Spanish directors to be awarded international recognition was Luis Buñuel, and he was soon followed by the legendary Pedro Almodóvar.

You probably recognize famous Spanish actors and actresses like Penelope Cruz, Antonio Banderas, and Javier Bardem, too. Why not check them out in roles where they get to speak their native language? Calling all cinephiles, I’ve got a round-up of the top 10 best Spanish movies you should see!

First up on my list is Viridiana by the Spanish director Luis Buñuel that I mentioned briefly above. The movie tells the story of a woman with hopes of becoming a nun. The movie is funny but quite dark, with good deeds leading nowhere, culminating in a sexually loaded conclusion. The movie was banned in Spain until fascist leader Francisco Franco’s death in 1975.

El Espíritu de la Colmena is a 1973 movie directed by Víctor Erice. It tells the story of a little girl named Ana who is traumatized by the movie Frankenstein. She becomes convinced that a monster hiding in the old abandoned houses in her small Castilian countryside village.

At the time, under the Franco regime, there were very strict censors in place for film, television, literature, and music. As you’ll remember from my first pick, Franco didn’t die until 1975. El Espíritu de la Colmena has been praised for Erice’s use of symbolism in order to avoid the strict censors. This Spanish director’s genius would go on to influence the famous Mexican filmmaker Guillermo del Toro.

The highest-grossing Spanish movie of all time comes in at number 3 on my list! Los Santos Inocentes was released in 1984 and was directed by Mario Camus. It is based on a novel of the same name by the Spanish author Miguel Delibes.

The film tells the story of a family living in rural Spain under the rule of Franco. The main characters are a family of 5, and one of the children is severely handicapped. It is an excellent, and sometimes heartbreaking, portrait of life under the fascist leader. This one is not for the faint of heart, and the end of the movie is truly tragic.

Tesis was completed in just 5 and a half weeks, but it was a success nonetheless. Released in 1996, it is the debut film from director Alejandro Almenábar. The main character of the movie is a student writing her thesis (hence the title) on violent cinema. Her advisor suddenly dies of a heart attack after watching a snuff film, and our young main character decides to embark on a mission to find out who is making the violent movies. Tesis isn’t for the faint of heart either, but it’s worth a watch if you like a good thriller.

Abre los Ojos, released in 1997 and directed by Alejandro Almenábar, is on nearly every list of must-see Spanish movies. And for good reason! I don’t usually like science fiction, but I really enjoyed this one. So, even if the genre isn’t your thing, I’d give it a try!

The movie stars a young Penelope Cruz and tells the story of a man who spends so much time imagining his ideal lover that she appears magically before his eyes. You may recognize the plotline from its American remake, Vanilla Sky, starring Cruz and Tom Cruise. Like most things, the original is always worth checking out.

This Spanish drama is another must-see. Todo Sobre Mi Madre was released in 1999 and directed by Pedro Almodóvar, another director that I mentioned above. It also features a young Penelope Cruz.

The movie is about a woman who loses her son to an unexpected car crash. After his death, she decides to travel to Barcelona to tell his estranged father what happened. She soon finds out that his father is actually transsexual. The movie touches on homosexuality, AIDS, and other topics and is a great watch if you’re interested in a study in family dynamics.

Starring Javier Bardem, Los lunes al sol was released in 2002 by director Fernando León de Aranoa. It sheds light on what happens to a group of men who are left unemployed after a shipyard in Northern Spain shuts down. It received a warm reception and went on to be nominated for the Best Foreign Language Film at the 2002 edition of the Oscars. The movie also won several awards at the Goya Awards, which is the Spanish version of the Oscars.

Bardem’s performance is moving, making this film another Spanish must-watch.

I’ve got another movie starring Penelope Cruz to add to your to-see list! Volver, a 2006 film directed by Pedro Almodóvar, focuses on mother-daughter relationships. Cruz’s character, Raimunda, is haunted by the ghost of her mother. The movie sheds light on trauma that can be passed on through generations and the effect it can have on families in general. It also highlights the bonds that women share, and how these bonds can make them stronger.

El laberinto del fauno is perhaps the most well known Spanish movie internationally. Although the director, Guillermo del Toro, is Mexican, the film itself takes place in a Spanish village in the 1940s, 5 years after the end of the Spanish Civil War.

The movie was released in 2006 and tells the tale of a girl named Cecilia who is living with her mother in a small village. Cecilia doesn’t like her new home, and soon she meets a faun that shows her a secret fantasy world. This movie is dark and there are definitely some scary moments, so although the main character is a little girl, you may want to wait until your children are 18 to share it with them.

Now, on to a comedy! This list has been filled with horror and drama movies, and I want to ensure you that not all Spanish cinema is dark and twisted. Vivir es fácil con los ojos cerrados, a 2013 production from director David Trueba, is about a Beatles-obsessed high school teacher. He gets the chance to meet John Lennon when he finds out that the singer is shooting a movie in a town in Spain. Follow his journey to find Lennon, and the adventures (and people) he encounters on the way.

I hope you see some movies that you want to add to your to-watch lists! Delve into the world of Spanish cinema thanks to any of the 10 titles above!

If you’re interested in some movie advice from one of our local guides, why not join one of our walking tours in Spain? We’ve got some great options in Madrid, click here to learn more and to make a booking!