Most Popular Spanish Drinks to Try 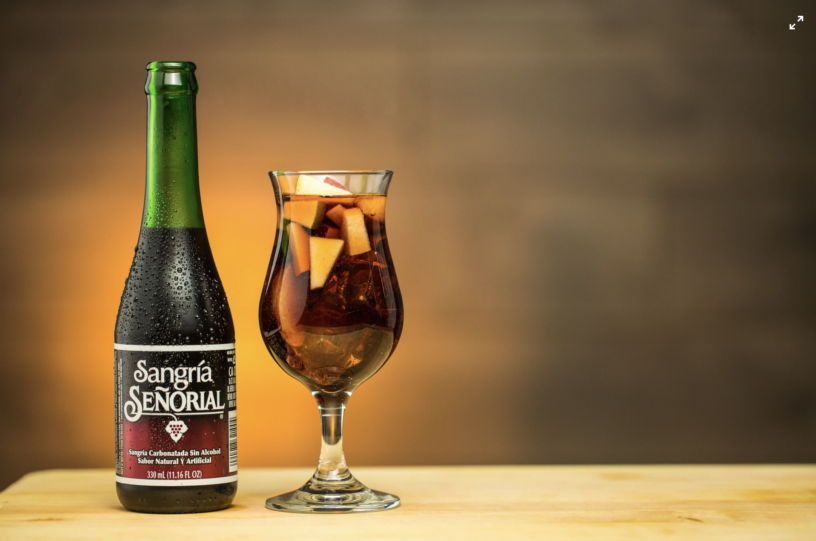 Most Popular Spanish Drinks to Try

When in Spain, most people tend to focus solely on the gastronomy, looking to try all of the native foods and traditional modes of cooking that have played an integral part in the development of the culture.

Beverages fall by the wayside, or are a happy coincidence as an accompaniment to a great meal. The truth is, Spain has a traditional list of drink mixes that are as important to the locals as their food. Each are worth knowing about, so that you can try to taste the best of the best as you move through the different regions.

Here are 11 Spanish foods to try in Madrid!

Sangria is one that most people know by name, and have likely already tried in their home country one way or another. When in Spain, sangria is not negotiable, and you’ll likely be left gobsmacked at the fact that you’d ever claimed to have tasted authentic sangria prior to your visit.

Sangria is a blend of fruits and spices, marinated together in red or white whine. In Spain, it’s a signature beverage, and in Barcelona, the preferred base drink is cava. 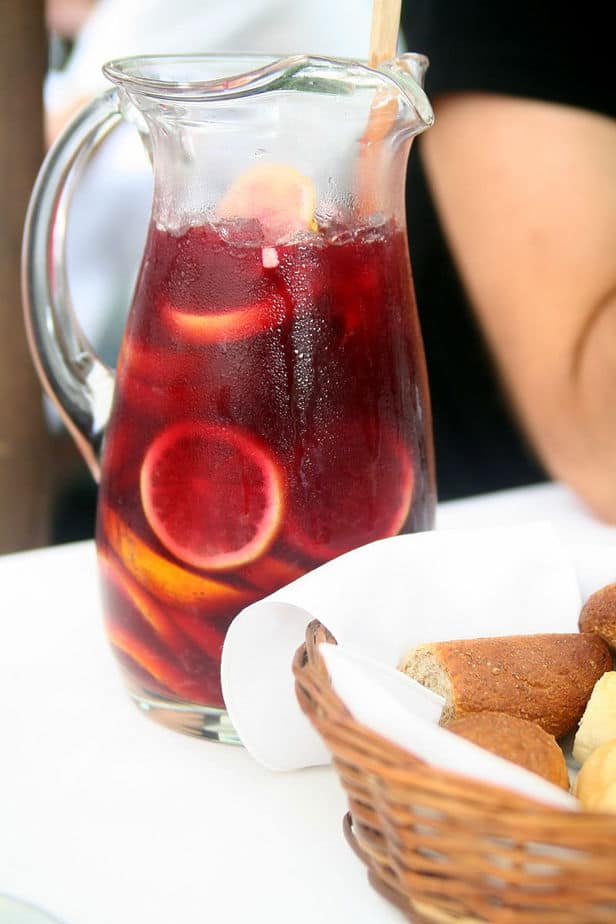 Sangria is best served in a jug, with a lot of ice. It’s a drink to be shared amongst friends and loved ones, no matter the time of day or occasion. Even lunch on a Monday is cause for sangria!

In recent years, vermouth saw a boom in popularity, specifically in the main cities of Spain, such as Barcelona and Madrid. Specialized vermouth bars began popping up throughout the entertainment districts, offering visitors a place to enjoy this beverage as authentically as possible.

A lot of them curate their own versions in large jars. This is because vermouth is a form of very sweet, fortified wine that comes in both red or white variation. The more popular form is red, especially in Spain. 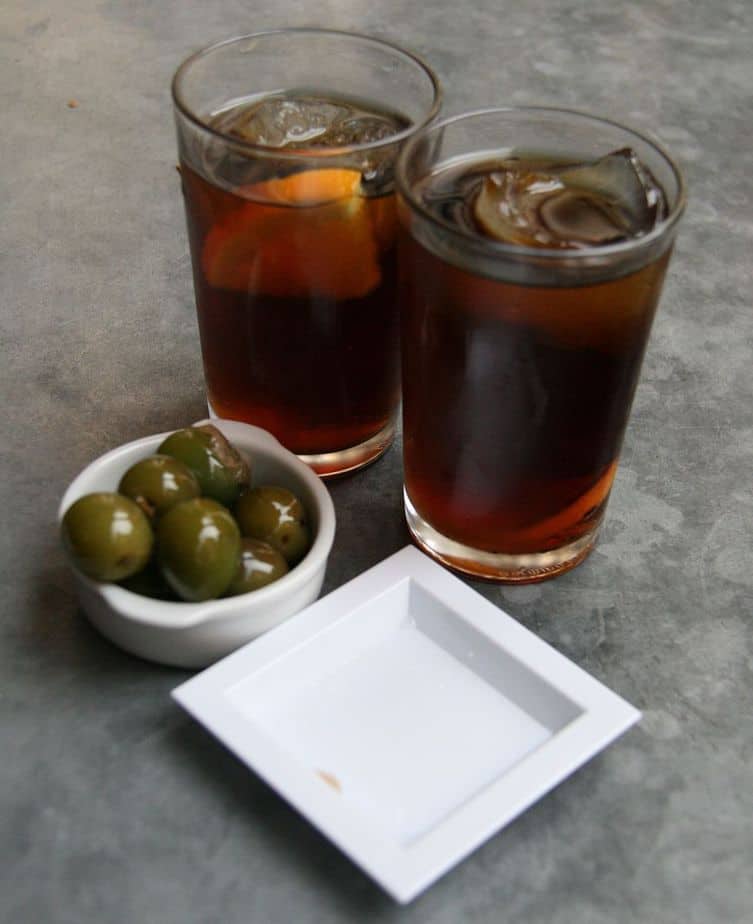 Also in Spain, vermouth is considered best served straight up with a block of ice and a wedge of orange or lemon. It is intended to be enjoyed slowly, whilst dining on tapas plates, or before eating a large lunch.

If you’ve eaten at a Spanish or Mexican restaurant elsewhere in the world, you’ve likely already made acquaintance with the famous horchata.

This is a milky, alcohol free beverage that is served in most restaurants, regardless of the cuisine. Horchata is made by squeezing milk from a tiger nut, which is not a nut at all but rather a root vegetable native to Spain. 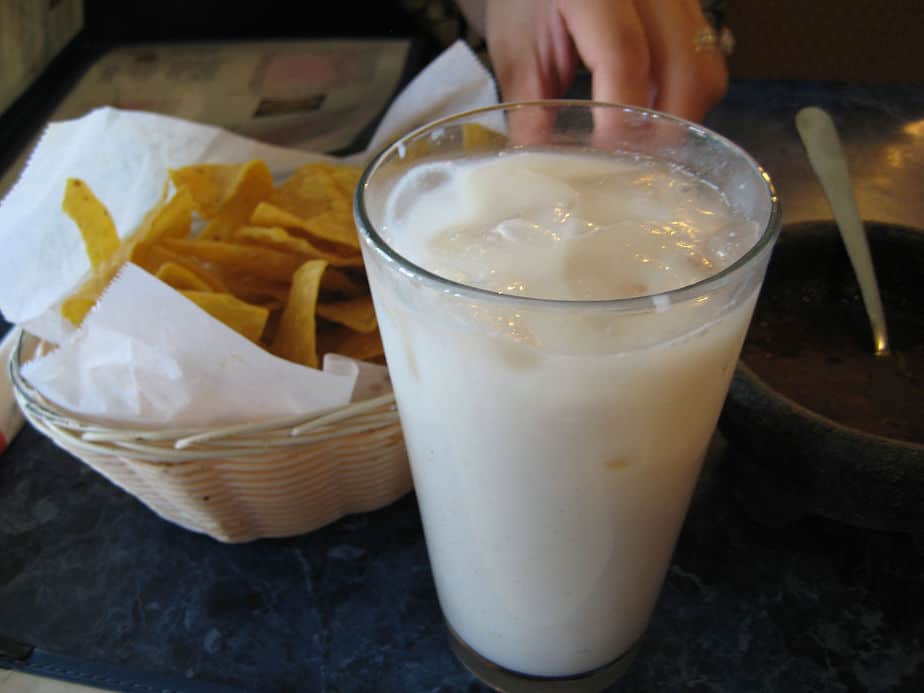 Horchata tastes a lot like spiced almond milk. Cinnamon is the key ingredient, and whether you like it sweet or not is totally up to you. There is no dairy in horchata, making it 100% suitable for vegans and lactose free individuals.

There is no Barcelona without cava; or at least that is what a lot of the locals will tell you. Cava is Spanish champagne. It’s light, bubbly and comes in your choice of white or rose.

For Spaniards, cava is an essential component to any form of celebration. Birthdays, weddings, Christmas — they are all commemorated by sharing in chilled glasses of this sparkling wine. 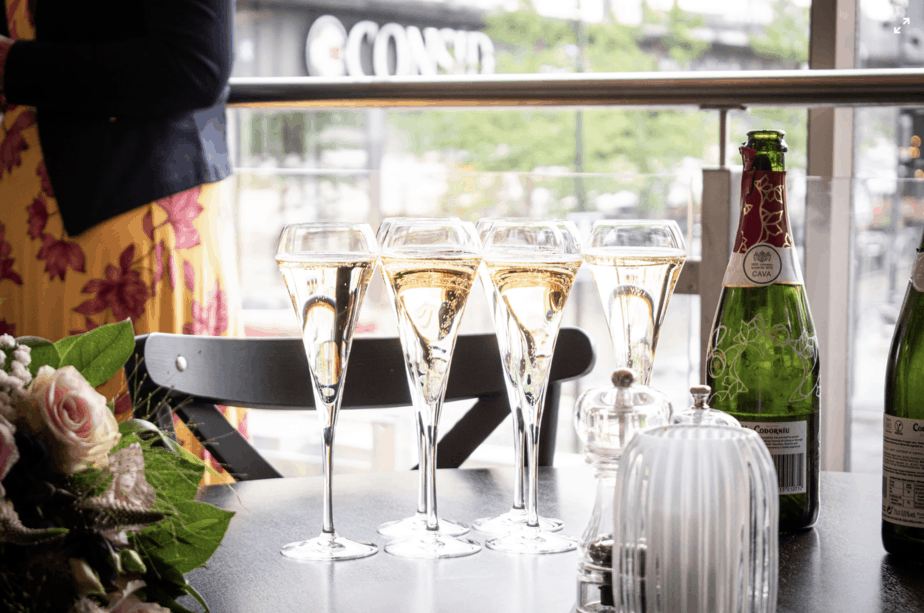 95% of all cava is produced in Catalonia, in the village of Sant Sadurní d’Anoia. Like champagne from France, cava has to be produced in a very specific way for it to adopt this label. If not, it can merely be sold off as ‘sparkling wine’.

It comes as a surprise to many that Spain is actually the fourth largest beer producing country in all of Europe, as well as the tenth largest in the world!

Beer can be enjoyed at all hours of the day in Spain. It’s on par with the soft drink list at all restaurants, and no one will blink twice should you order one with your breakfast omelet. 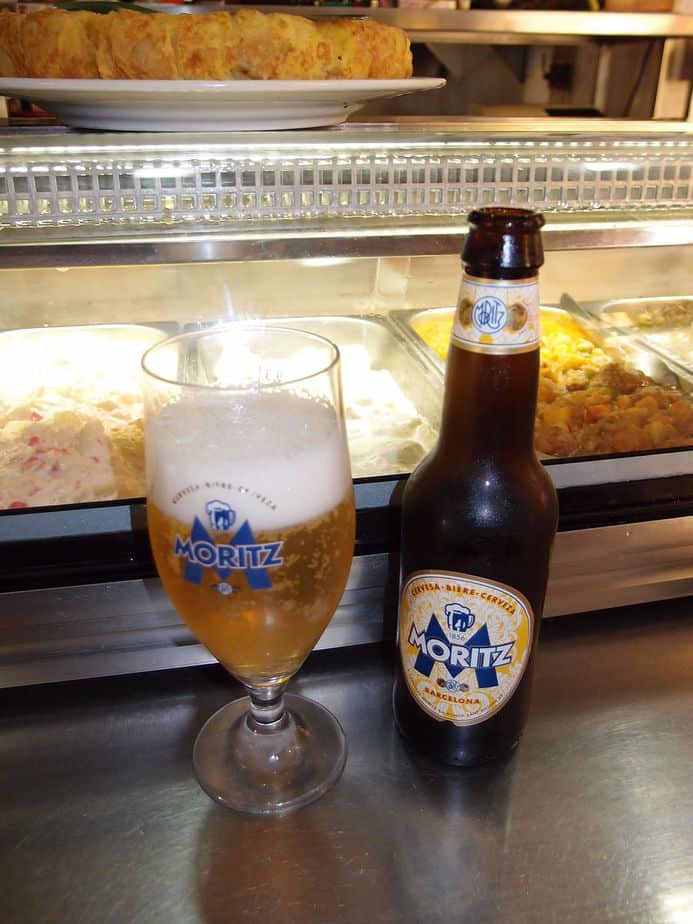 The Spaniards make some fantastic beer varieties. I recommend trying as many as possible, and always in caña size. This means a small glass, which is great to start off with when tasting unfamiliar brews. Later, you can move up to a tube, or tall glass, and from there a bottle or a pint.

Here’s where to drink beer in Madrid!

If you want to drink like a local, forget the sangria, leave the cava, and get yourself some traditional tinto de Verano.

Directly translated, tinto de verano means summer wine, and is merely red wine mixed with a soft drink of your choosing. It’s not for everyone, considering it’s incredibly sweet and filled with calories, but it’s delightfully refreshing come a sticky summer’s day when no beverage seems to hit the spot. 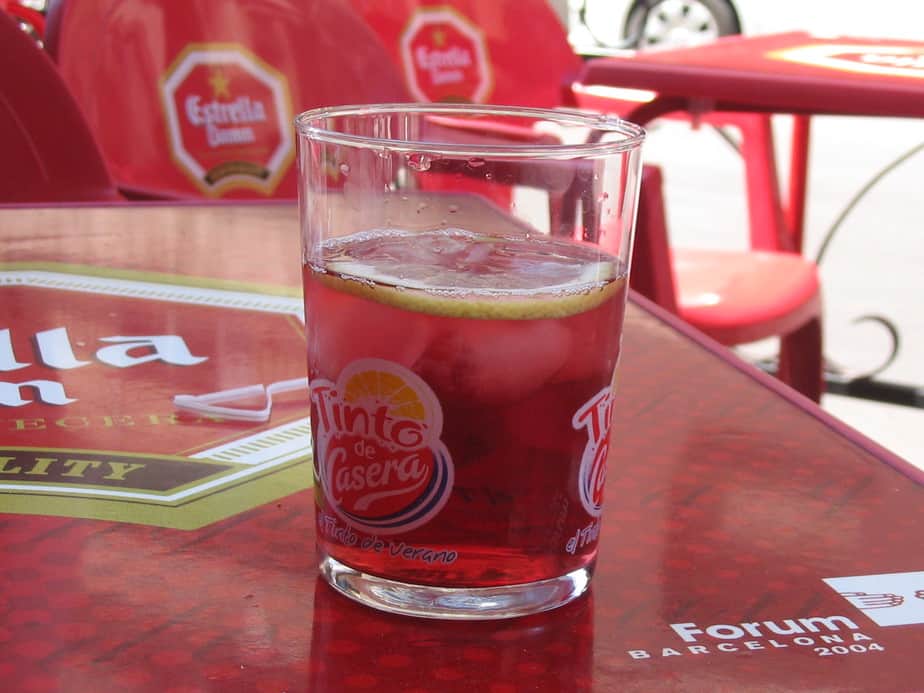 Most common mixing for tinto de verano is with a lemonade of sorts, such as Sprite. Most locals use boxed wine in the making of their blend, as the quality of the wine is not all that important once the soft drink is added.