5 Best Gardens and Parks in Madrid 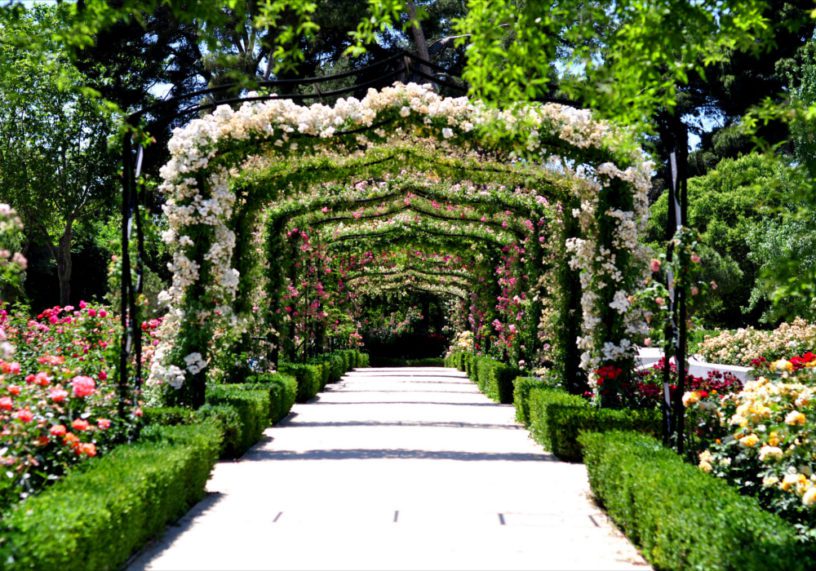 5 Best Gardens and Parks in Madrid

Visiting gardens and parks in Madrid is definitely an important part of your journey through the city. The green spaces of Madrid are actually a defining characteristic of the metropolitan area. While the capital is an urban complex like that of other major concrete jungles, it’s also much more than that.

One of the most appealing features of Madrid is its abundance of nature spaces. Spain’s capital has a bustling downtown scene, but also plenty of room to walk around and enjoy the outdoors. In fact, there are more than 10 parks just within the central limits of the city.

Having the freedom to get lost in nature in the middle of a metropolitan space creates a beautiful balance for residents of Madrid. In fact, the majority of the locals’ treasured activities take place outdoors.

A healthy dose of the breeze and trees every once in a while is essential to a happy life, but where are the greatest places to do this? This article covers the very best gardens and parks for exploring in Madrid.

This big park is the most famous in Madrid. It is located in the luxurious district, Salamanca, and it’s a very frequently visited park. Retiro Park features magnificent trees and refreshing paths for getting lost among the trails.

El Parque de Retiro is most known for the defining features that you can find inside the gates. For one, visitors of the park have the opportunity to mount boats with friends or family and row around the man-made lake. Kids can also enjoy various dressed-up characters that walk around the water.

Additionally, Retiro Park is home to the amazing glass castle of Madrid. Built in 1887, the stunning building hosts art exhibitions of the Museo Reina Sofía and is a work of art itself. Madrid’s glass castle was actually inspired by the crystal palace of London that burned down in 1936. This landmark is an incredible sight, and it’s only one aspect of the grand park.

Surprisingly, Retiro Park also holds the only public monument to the devil. Did you know that the Spanish capital had an edgy side? This intriguing statue used to be on display in the Prado Museum, until the director suggested that the Monument to the Fallen Angel be relocated to a space where the public could marvel at the peculiar spectacle. 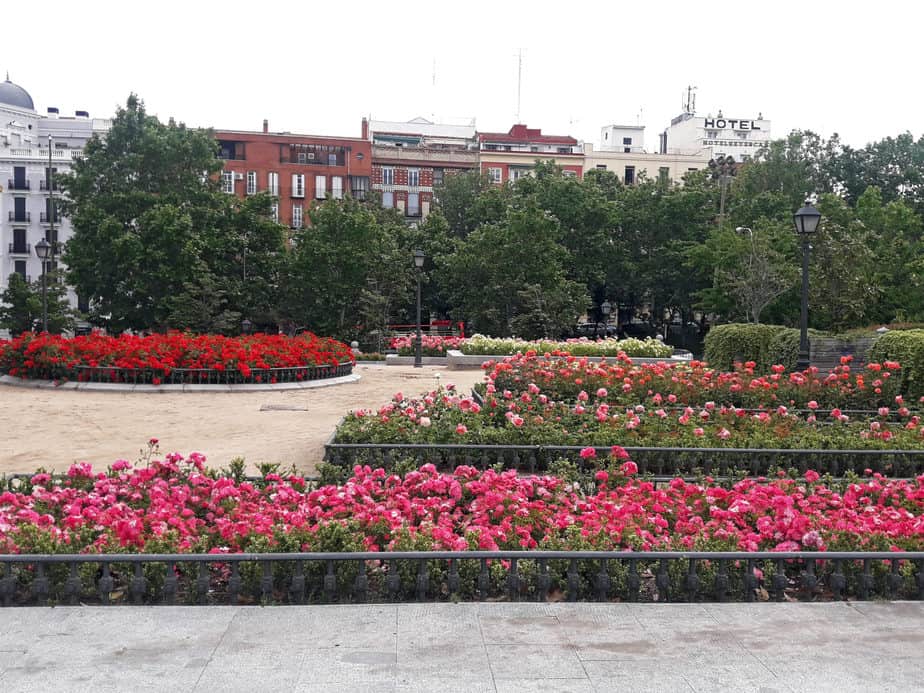 Interestingly, this rose garden was actually constructed on top of what used to support the San Francisco convent. Now, the massive cathedral sits next to the rose garden and invites people to admire both the religious construct and its accompanying rose sanctuary.

There are currently 21 variations of roses in the Dalieda, which are most brilliant in the early months of summer, but the garden can still be visited year round. In fact, roses were chosen to adorn the outdoor space because of their compatibility with Madrid’s sunny climate.

Lovers of the Dalieda might argue that the relocation of the original convent during the 20th century to the space next door was the best thing that could have happened to the avenue of Gran Vía de San Francisco. This reconstruction was ordered because the original convent was in ruins at the time. Today, the garden is one of the most admired sunset-watching spots in Madrid.

The garden is actually the highest point in Madrid’s historical district of the Hapsburgs (Madrid de los Austrias), and it offers a splendid view of the city’s skyline. The edge of the garden is marked by a sculpture of Saint Isidro sleeping among red roses, and his body is watched over and protected by an angel who places a hand on his head.

These amazing gardens are actually part of the royal palace of Madrid. Situated on the north side, they were built on the land that used to be the royal horse stables. This rich history only adds to the glory of these intricate gardens.

The gardens’ name comes from the Italian architect, Francesco Sabatini, the man who designed the former stables and much of the rest of the palace. Nonetheless, the Sabatini Garden design itself has French influences, which highlight the ponds, fountains, and unique hedge maze.

While the current Palacio Real has been around since 1764, the Sabatini Gardens are much more recent, being opened to the public in 1978. This time frame makes sense considering that the royal horse stables weren’t cleared until 1933.

To learn more about the royal palace of which the Sabatini Gardens form a part, see the article, Things to Know about el Palacio Real in Madrid. The palace also has another garden named, Campo del Moro, with a history linked to the times of the Moors in Spain.

There is much more to this park than what is captured in the above photo, as el Parque del Oeste is a huge L-shaped green space that spans across four metro stops, from Plaza de España to Moncloa.

To spend the day exploring the depths of the western park of Madrid, it’s recommendable to get off of the metro or bus at the Moncloa station, walk across the street and follow the trail down into the lush world of greenery and sunshine.

This expansive park is a lovely place to bring your dog, as pets can run around without much risk of running into the street. They will also be thrilled to find small ponds to drink from. Amazingly, the Templo de Debod is even included in the park’s southern tip.

If you haven’t heard of this incredible ancient Egyptian artifact, you need to pack a picnic and go see it as soon as possible. The monument was a gift from the Egyptian government, and today it’s one of the most popular places to sit around with friends and enjoy the sunset.

As if this Egyptian detail didn’t hold enough historic significance, the Parque del Oeste also played a role in the Spanish Civil War of 1936 to 1939. With such a vast territory, it’s not surprising that the western park became a site for battle. Today, three bunkers still remain between the Avenida de Seneca and the Paseo de Ruperto Chapí, and they can be viewed while admiring the nearby 600-meter long artificial stream.

The Rosaleda of Madrid is actually also situated inside the Parque del Oeste, but it’s so spectacular that it deserves its own mention. This enormous rose garden was the winner of the 2006 Award of Garden Excellence, officially making it one of the most impressive gardens in the world.

Upon visiting Madrid’s Rosaleda, you’ll see what the Word Federation of Rose Societies deemed so special about this beautiful space. Uniform to the sloping nature of much of the Parque del Oeste, the slanting terrace holds 650 varieties of roses, made up by an impressive 20,000 bushes.

The many types of roses represent both important Spanish and international variations. This garden is organized quite symmetrically, and the sight was constructed by hand (without machinery), in 1955. It was designed by Ramón Ortiz, and was also named after him in honor of his great work.

Apart from being named one of the most amazing gardens in the world, the site also hosts Madrid’s yearly competition for new roses. The area is accented by ponds, arches, and fountains, and the combination makes for a truly impressive garden experience. The Rosaleda of Madrid is grand in size and splendor. This space is open from 10am to 9pm every day.

Each of these parks and gardens are open to the public and free of charge. Who knew that you wouldn’t have to pay for the most impressive sights in the city? Madrid is in fact a great place for encountering things to do without paying, and other ideas can be found by reading the article, 10 Free Things To Do in Madrid.

These top five parks and gardens are arguably some of the greatest facets of Madrid. The natural elements bring refreshing perspectives and wondrous views, many of them having more to offer than what meets the eye. Impressively, each one of these areas is entirely unique to the next, so you could spend days walking among the various destinations.

Aside from the beauty of these green spaces, there are less well-known historic backgrounds to each of them. Whether the space used to be a religious site or a battleground in the midst of war, there is something new to be learned about every one of these gardens and parks. This is why you should spend a considerable amount of time exploring these landmarks while in Madrid.

From the glass castle hidden among the trees of Retiro Park to the glorious roses found in spots like the Dalieda and Rosaleda, there is so much nature to see in Madrid. One can certainly spend a whole day lost in one of Madrid’s best parks. Nonetheless, these outdoor spaces offer only a glimpse into the beautiful city of Madrid and all that it has to offer. 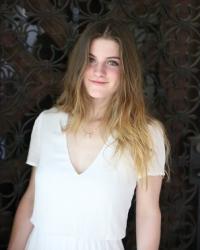