The Adolphe bridge after Renovation. Photo by Denise Hastert. Wikipedia.

The Adolphe bridge after Renovation. Photo by Denise Hastert. Wikipedia.

The Adolphe Bridge is a double-decked arch bridge in Luxembourg City, in southern Luxembourg. The bridge provides a one-way route for road traffic across the Pétrusse, from Boulevard Royal, in Ville Haute, to Avenue de la Liberté, in Gare.

1.It is Located in Luxembourg City

It is a double-decked arch bridge in Luxembourg City, southern Luxembourg. The bridge provides a one-way route for road traffic across the Pétrusse, from Boulevard Royal, in Ville Haute, to Avenue de la Liberté, in Gare.

As of 13 December 2020, following the completion of the second phase of the construction of the city’s new tramline, the bridge carries bidirectional tram traffic on its upper deck.

2.Named After The Grand Duke Adolphe 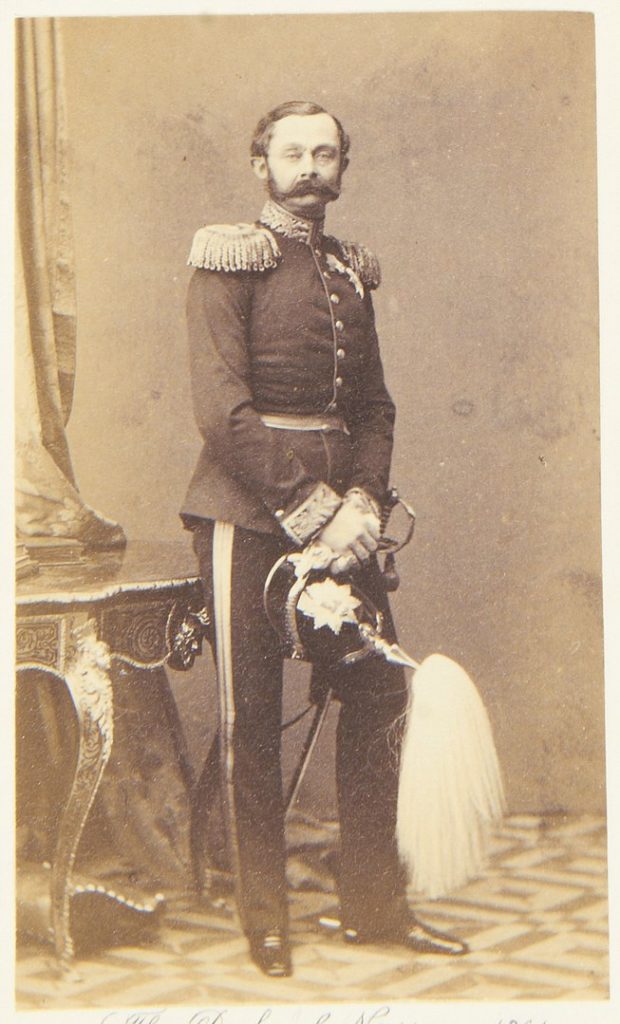 The bridge was named after Grand Duke Adolphe, who was head of state from 1890 and 1905. Adolphe was the great-great-grandfather of Grand Duke Henri, and the first Luxembourg monarch of the House of Nassau-Weilburg. His predecessor was Guillaume III, of the House of Orange-Nassau, who was also King of the Netherlands.

The Adolphe Bridge is nicknamed as Néi Bréck or new bridge, because there was an older bridge already in place, which had opened in 1861.

Despite being over 110 years old now, Luxembourgers still referred to as Pont Adolphe as the Néi Bréck.

However, as Rodange’s lacked experience in bridge building, the government invited a foreigner with specific expertise in the field to help design the bridge.

Séjourné concurred with Rodange’s site and basic design, although, he made many major modifications. Instead of several medium-sized arches, Séjourné sought to build the bridge around a large central arch, flanked by smaller arches

He adopted a plan that supported Twin parallel 84.65 m arches in the centre, surmounted by eight smaller arches of 5.40 m each.

His plan also supported two arches of 21.60 m flanking the central arch and two further arches of 6.00 m outside the medium-sized arches.

This design was later replicated by Séjourné in a bridge over the River Garonne at Toulon and was copied in concrete for the Walnut Lane Bridge in Philadelphia.

The foundation stone of the bridge was laid on the 14th  July 1900, however it was not inaugurated  until three years later on 24 July 1903 when construction works started.

The bridge initially carried both road and rail traffic; that is two rail tracks over the bridge formed part of the railway route from Luxembourg City to Echternach, that  was opened on 20 April 1904.

The roadway was constructed with reinforced concrete, a methodology  that used materials that had only recently come into use.

The roadway was constructed with reinforced concrete, using materials that had only recently come into use. The bulk of the bridges weight was carried on the columns of the smaller arches, thereby saving the heavy infilling used in a conventional arched bridge.

The arches and columns were constructed from sandstone, quarried locally at Ernzen, Dillingen, Gilsdorf, and Verlorenkost

4.The Bridge has been Continuously Refurbished Over the Years

Over 100 years of its operation, the bridge has faced four periods of renovation. Minor changes were made in 1961 and 1976, including the removal of rail lines following the end of the first generation of trams in Luxembourg.

In the 1930s, it was refitted to accommodate an electric tram that then circulated through the capital, while in 1936 the railings on the side were replaced. The first major refurbishment took place in 1961, when the concrete surface was repaved and the bridge was widened by 60 cm on each side.

In 1976, the bridge was resurfaced, while the works that began previous year was seen to be completely overhauled and once again refitted for the tram.

In 1990, the Luxembourgish government launched an investigation into the state of the bridge and found that it showed signs of extensive damage, to both the stonework and steel.

Between September 2003 and August 2004, the central arches were strengthened by the addition of 258 prestressed steel bars, with a total force of 25,600 tones.

5.It was Later Converted to a Double Decker Bridge

This was after the re-introduction of trams in Luxembourg which nessesited major redesign and renovation work, with a temporary bridge constructed parallel to the operating one.

The Adolphe Bridge was widened and reinforced to accommodate the new tramlines installed on its upper-deck.

The Lower deck measuring  a 154 m long and 4 m wide is suspended between the arches of the bridge, to act as dedicated bidirectional bicycle path and footpath was opened in 2018 .

Bicycle-friendly sloped approaches were dug on the western side of both ends of the bridge, and an additional stairwell was added on the eastern side of the Ville Haute approach.

6.The Original Stone were Re-used to Construct the Bridge Again

The bridge was dismantled down to the arches during the construction works. However, the stones were numbered and taken away for cleaning and thereafter were reused to put  bridge back together in 2016.

7.Blue bridge was Constructed to Allow Flow of Traffic During Its construction

During its re-construction to allow bi-traffic flow in 2014 a temporary bridge was constructed  to allow flow of traffic.

The  temporary bridge was installed across the Pétrusse valley, right next to the Adolphe Bridge.

It was called Blue Bridge and was only rented, however, and once disassembled was returned to the manufacturer.

When the Blue Bridge opened in 2014 it became apparent that the metal structure caused considerable noise in heavy traffic. Local residents complained and some changes were made to limit noise pollution in the area.

Nonetheless, the bridge was often referred to as the “Plobréck”, with “Plo” the Luxembourgish word for plague and a word game on “Blo”, which means blue.

8.It is a Major Tourist Attraction Site in Luxembourg

The Adolphe Bridge has become an unofficial national symbol of sorts, representing Luxembourg’s independence, and has become one of Luxembourg City’s main tourist attractions.

It has unique and attractive design with provision of path ways for both pedestrians and motorist.

Its lower deck, suspended beneath the upper deck, is 154 m in length, and carries a dedicated bidirectional bicycle path, with access provided for pedestrian use.

At a pavilion on Boulevard Roosevelt curious minds can take a look at construction plans for the bridge. The visitor centre is open Tuesday, Thursday, Saturday and Sunday from 12pm to 6pm and on Wednesday from 8am to 2pm.

9.Its Design has been Replicated in The USA 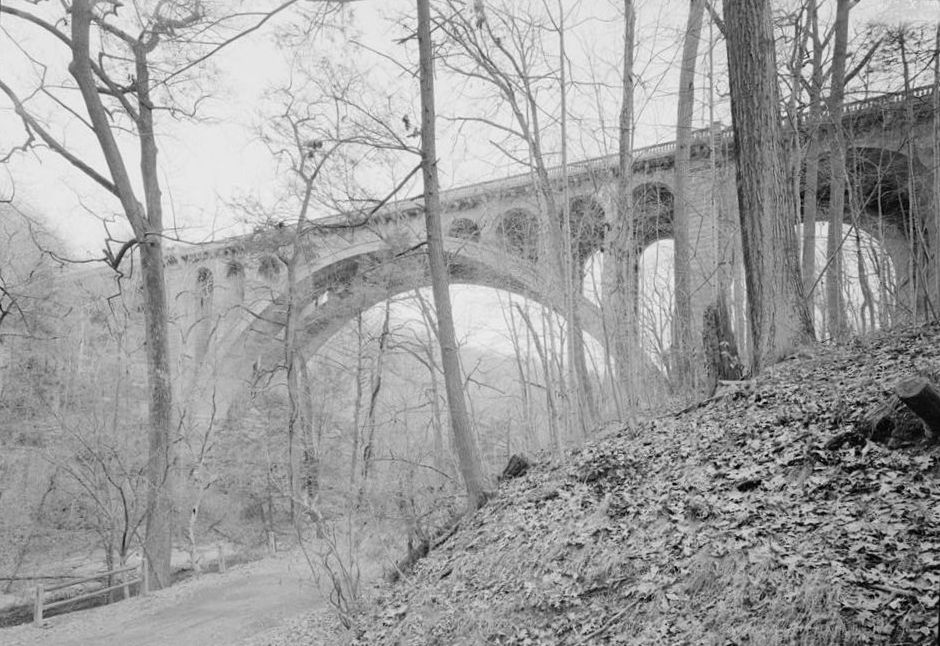 The bridge was designed by Paul Séjourné, a Frenchman, and Albert Rodange, a Luxembourger and was built between 1900 and 1903.

Its  unique design was copied in the construction of Walnut Lane Bridge in Philadelphia, the United States.