Unique Places to Stay in London 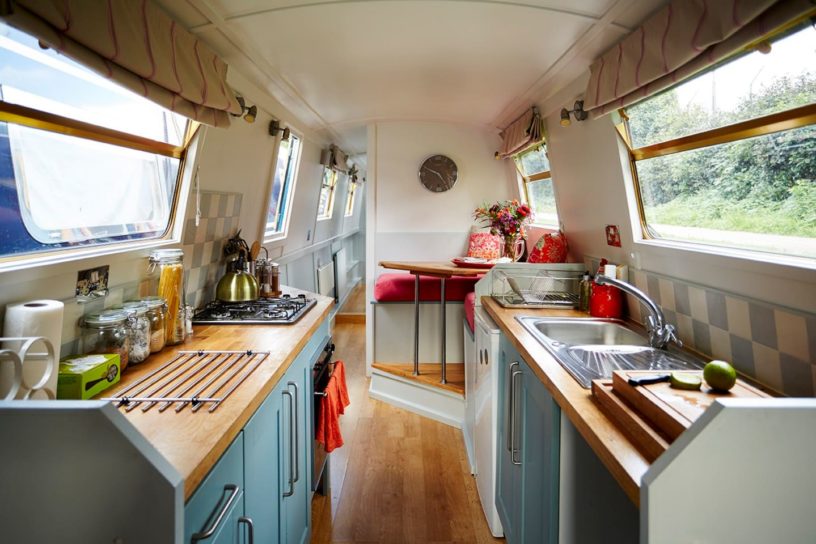 Unique Places to Stay in London

The Brits are assumed to be incredibly prim and proper, especially those hailing from the more affluent neighborhoods in London.

In reality, London is an incredibly quirky city; one in which there are many unusual places to stay. A few of the museums even host sleep in evenings where you can camp out under the installations of the Natural History Museum, or sleep in one of tombs under London Bridge.

Here are five more unique accommodations options that I love!

Fancy a room with a zoo?

The Gir Lion Lodge is the new accommodation available inside of the London Zoo. The zoo in question is situated inside of Regent’s Park, one of the Royal Parks of London.

The lodge has been added to the lion’s development section of the attraction. You’ll be sleeping with the animals in very close proximity, and you’re likely to wake up to their roars each morning. 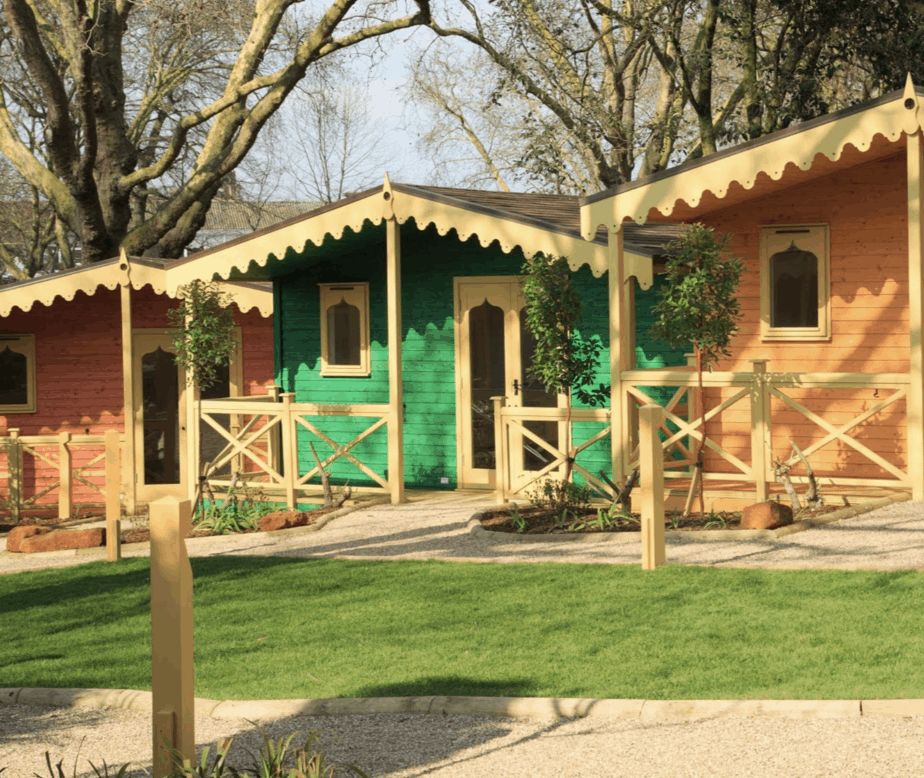 The lodge is only open between May through December, when the climate for this kind of nature based living is a bit more forgiving. All stays included two course dinners, breakfasts and access to the entire zoo for the duration of your stay (only during opening hours, of course).

You’ll also be given discussion opportunities with zoologists who work in the facilities.

This London experience comes with a hefty price tag; rates are charged per person, and not per room.

London has some really weird and wonderful Airbnb options; when I have noting to do I often sift through them in search of unique excursions for a weekend away.

Amongst my searching I came across the very unusual narrow boating experience. A beautiful blue vintage themed narrow boat made for the canals of Amsterdam, living right here on the water’s of London. 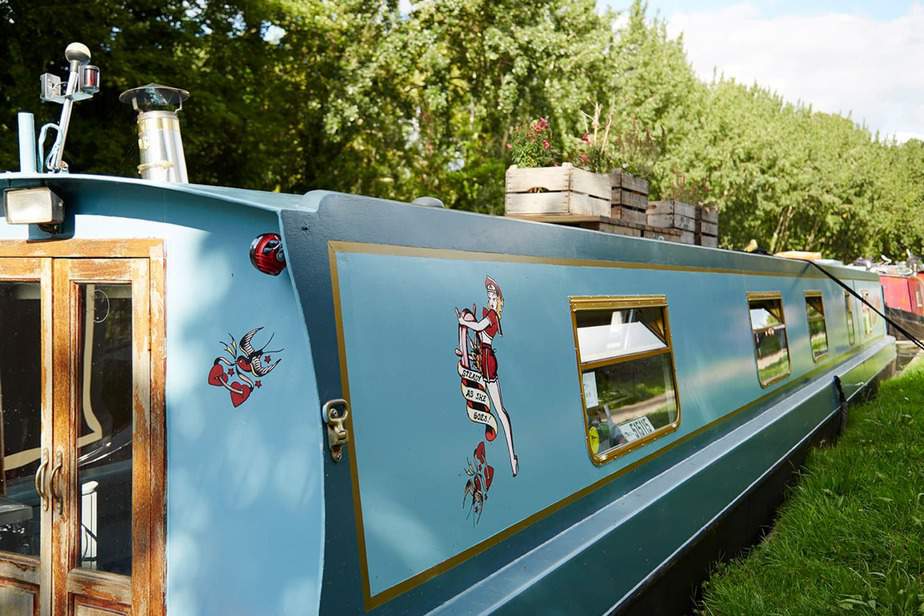 The boat goes by the name Barbara, and can accommodate four guests across two beds and one bedroom. The boat has all the amenities you’d need for a comfortable stay in London; a kitchen, living room, dining area, outdoor terrace and even a fireplace.

Barbara is not stationary; the owners tend to move her location every two weeks or so, but she is almost always somewhere around the city center. 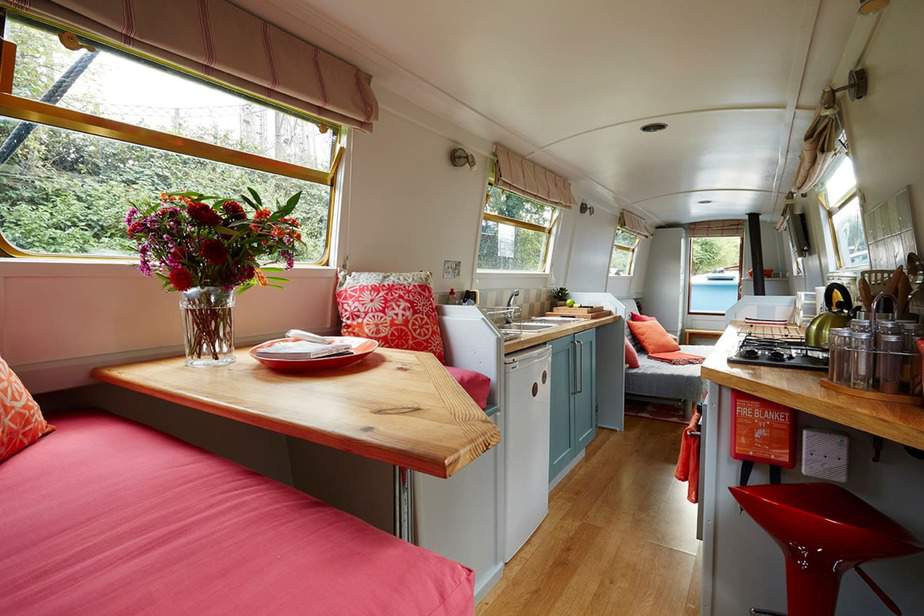 Yes, you’ll be sharing extremely close quarters, especially if there are more than two of you. But I’ve stayed in Parisian apartments that felt smaller than Barbara — a unique experience indeed.

Avoiding the Harry Potter wizarding hype while in London is pretty much impossible. The city is ridden with it; and I’m absolutely not complaining.

You can take your wizard-obsession to the next level the the Georgian House Hotel in Abbots Mannor. They’ve become widely famous for their wizarding chambers that can be booked by the night, designed to look like rooms that Harry Potter characters would have lived in in London.

They are exquisite, and they transport you right into the world you’ve likely spent a lot of time day dreaming about. In addition to your stay, you’ll also have access to muggle walking tours to all of the Harry Potter filming locations as well as tours of the Warner Brothers Studios where the movies were made.

Unsurprisingly, this hotel is in popular demand and booking well in advance if highly recommended.

The Courthouse Hotel is another interesting spot near the Piccadilly Circus in London. It was one the The Great Marlborough Street Magistrate’s Court, and was the site of many world famous cases.

Oscar Wilde, Mick Jagger and Keith Richards all had important cases handled from this very location. 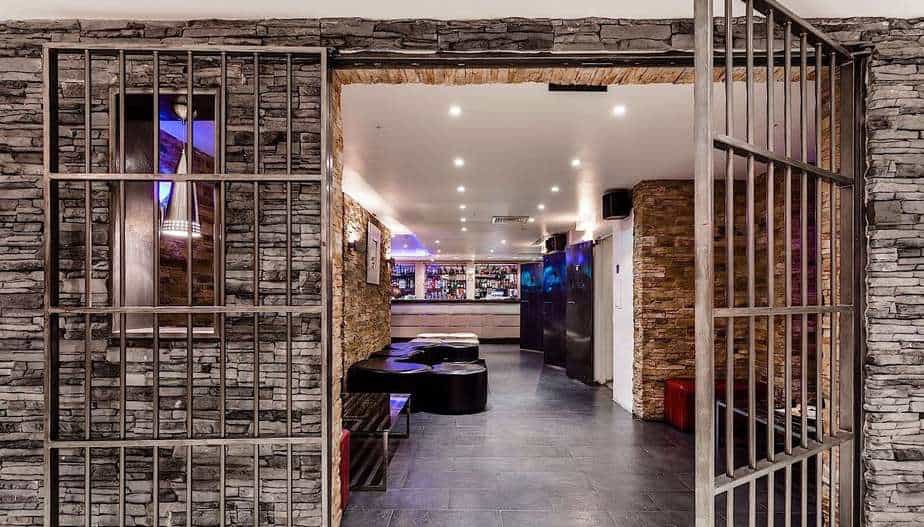 When the court was remodeled into a hotel, certain parts of the original infrastructure were kept. The Magistrates Suites were built into the old judge’s quarters. Three prison cells were kept in tact and the hotel bar was built inside.

This is British history in real time; a truly unique form of accommodation for any trip to London if you ask me.

Anyone who has never been to London before generally has a certain idea/fantasy about what kind of housing all Brits live in. 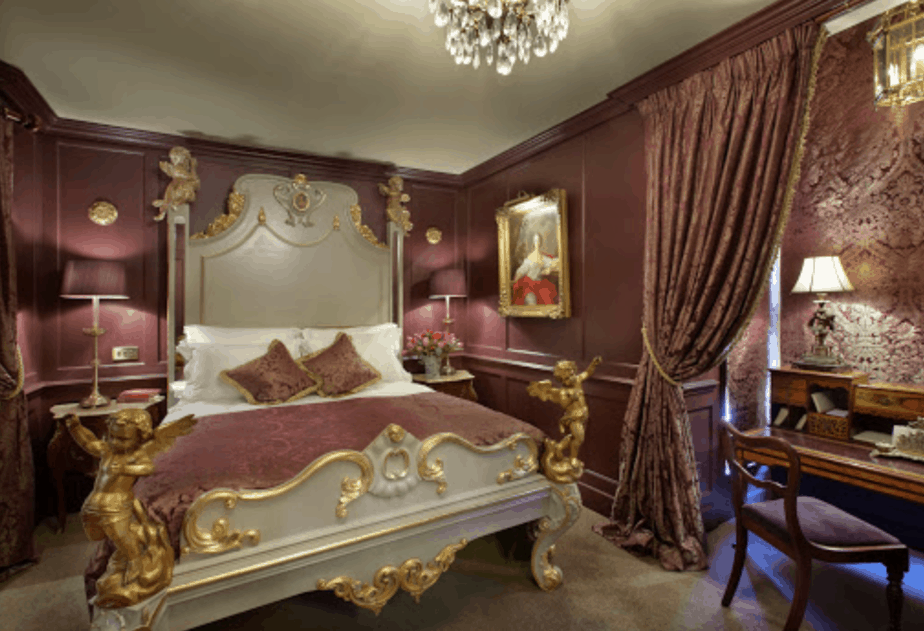 Hazlitt’s in London – by Hazlitt’s – Uploaded by them

Hazlitt’s is that fantasy brought to life. It’s self-described as “Civilized, charming and oh! So curious”, and one of the most unique hotel experiences available in the city.

You’ll also be in the heart of Soho; a short walk from the cuisines of the world and some great theaters for an even more “charming” London getaway.

The above accommodation options aren’t the only unique things about London, there is far more to be discovered on the streets of this eclectic city. There are guided walking tours daily that will take you on a local journey through the neighborhoods you find most interesting — book now!