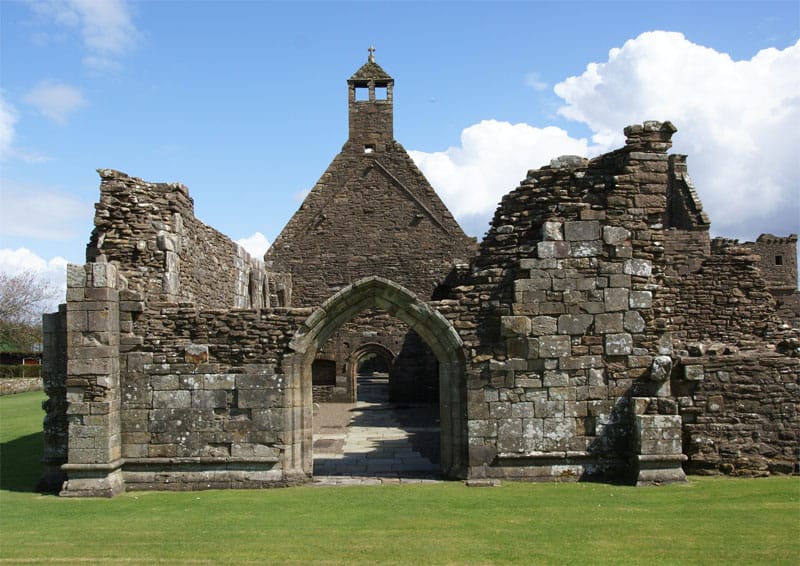 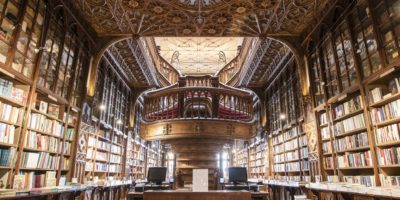 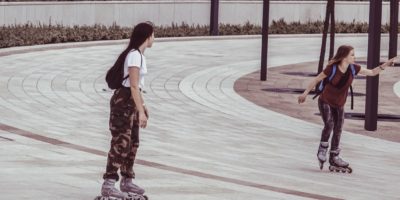 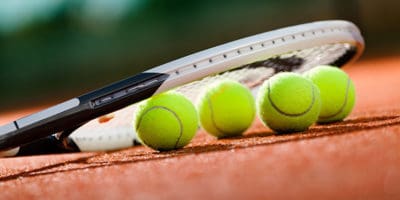 Also known as the abbey of saint mary of Crossraguel, Crossraguel Abbey is a ruin of a former monastery near the town of Maybole in Scotland.

1. Crossraguel Abbey was founded by an Earl 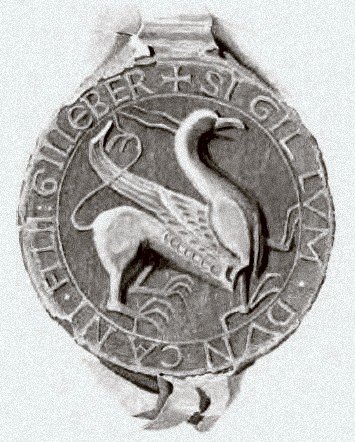 The seal of Duncan, Earl of Carrick- Author; Unknown-Wikimedia

Crossraguel Abbey was founded in 1244 by the first Earl of Carrick, Duncan. He was a prince and a man of high position and his career stretched from the last quarter of the 12th century until his death in 1250.

To build the Crossraguel abbey, he sought assistance from the abbot (a title given to the male head of a monastery) and monks of Paisley Abbey. Paisley Abbey is a parish church of the Church of Scotland on the east bank of the White Cart Water in the centre of the town of Paisley.

He provided them with land and funds but the Paisley superiors built only a small chapel for Crossraguel and kept the remainder for themselves. Unhappy with this, the earl took the case to law, seeking assistance from the Bishop of Glasgow, who ruled on the earl’s behalf.

The ruling required not only that Paisley build the monastery at Crossraguel, but also that some of the monks from Paisley should be transferred there. The monks were given the authority to choose their own abbot.

Crossraguel Abbey was sacked or gotten rid of, in 1307 by the army of Edward I of England. It was then rebuilt on a larger scale and remained as a monastery until 1560 when the Scottish Reformation ended monastic institutions in Scotland.

However, the few remaining monks were allowed to live out their time there until the last monk died in 1601.

3. Some of its stones have been removed for construction 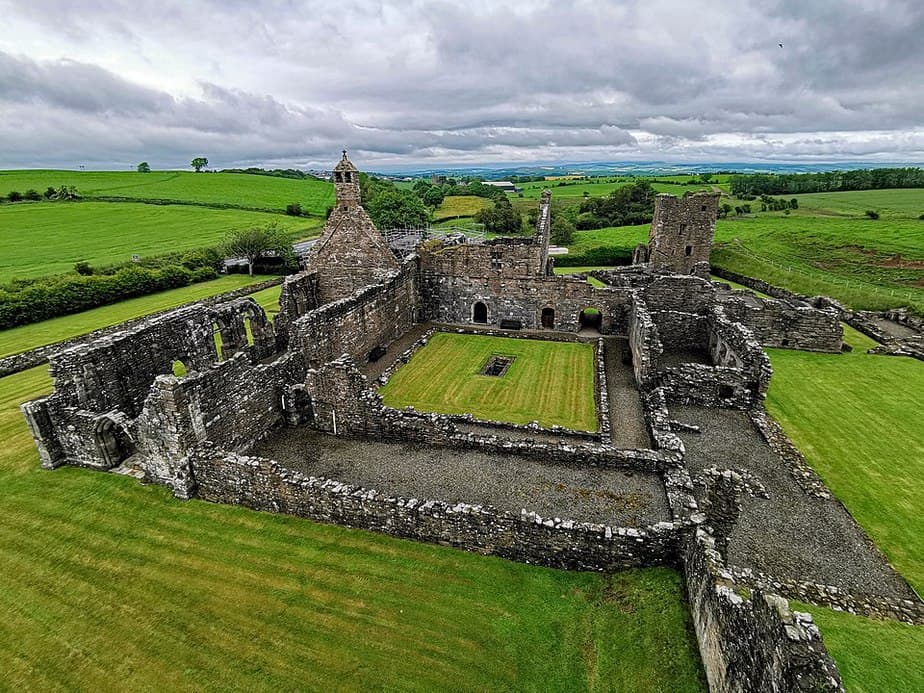 Some of the stones of Crossraguel Abbey have been removed for local construction. However, the Abbey ruins still remain to be the most complete of any medieval religious house to survive in Scotland.

4. Crossraguel Abbey was once obtained through torture 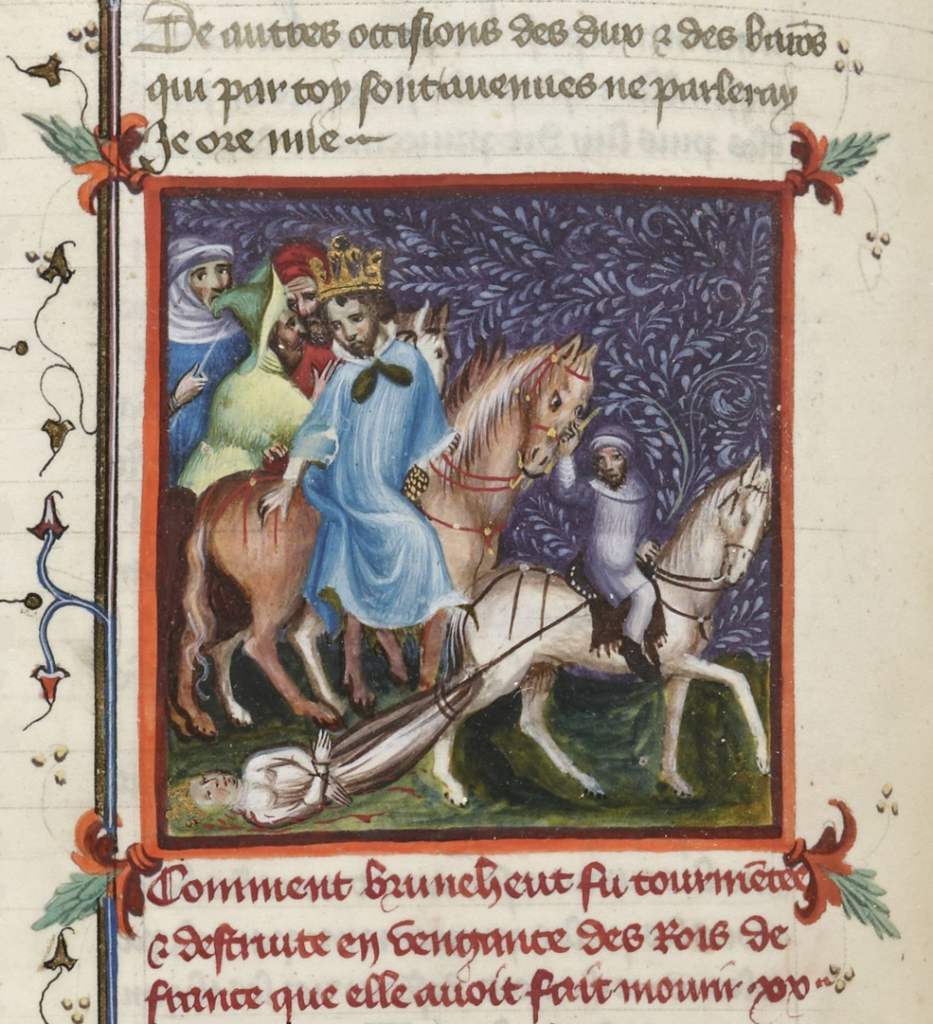 Form of torture in the medieval times- Author; Anonymous- Wikimedia

In 1570, the Kennedy family, Earls of Cassilis famously obtained the lands of Crossraguel Abbey through torturing by Gilbert Kennedy,  who was the 4th Earl of Cassilis.

The narrative is that Stewart signed over the abbey, its lands and revenues to Gilbert Kennedy, the 4th Earl of Cassilis.

However, according to a complaint he later made to the Privy Council, his agreement was only extracted by the Earl through torture. He was roasted over a fire at Dunure Castle until he accepted to hand over the abbey

A feud thereafter followed and this included a number of families. It lasted until at least 1611.

The Reformation led to the destruction of many abbeys but Crossraguel damaged so much. However, monastic life there ceased before the end of the 16th century.

In 1603, James VI intended to rebuild the abbey for his son, Prince Henry to use.

5. Its architectural details can still be seen to date 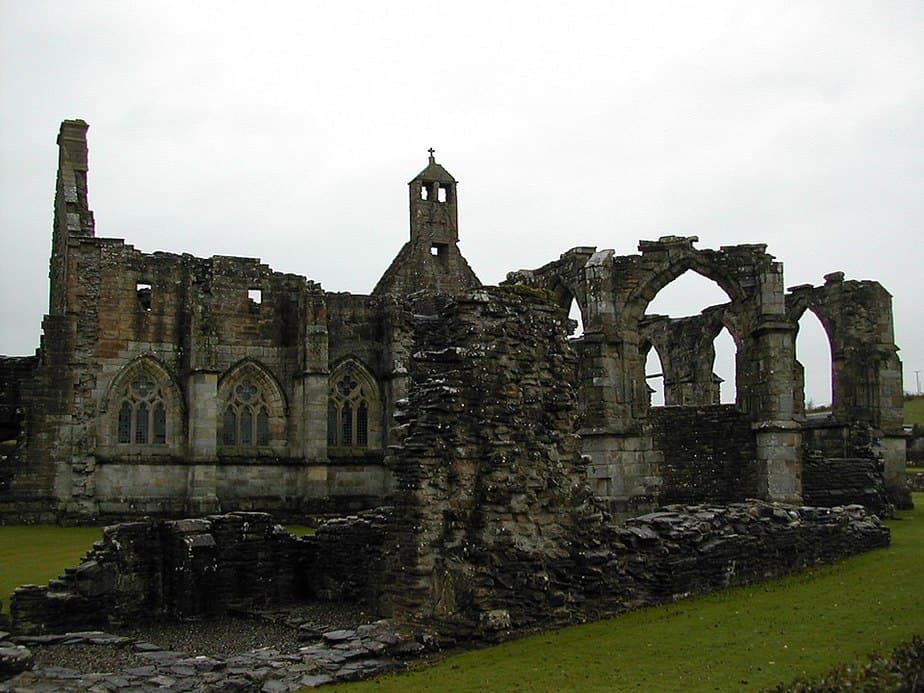 As described by ‘Visit Scotland website,’ “Although a ruin, the Crossraguel Abbey is still complete with the original monks’ church, their cloister and even their dovecot (pigeon tower).

Fine architectural details from the 15th century can still be seen within the ruins with the chapter house still standing complete with benches for the monks and an arched seat for the abbot.”

Another site counters that “visitors can wander around the 15th-century choir building, with its ornate carvings, the tower house and gatehouse … There are stairs to the top of the gatehouse”.

The church of the abbey and parts of the cloister, including the sacristy and chapter house, are in good condition, and this is an extensive and interesting complex of buildings.

6. Crossraguel was built so that worshippers could face East

Like all Roman Catholic churches, Crossraguel Abbey was built so that the worshippers should face the east, where Christ is expected to appear on the day of Judgement.

The building also included kitchens, a dining room with the monks’ cells grouped over a row of cellars probably used as storehouses for the abbey.

7. What makes the abbey unique to date is its completeness

The interesting point about the ruins of the abbey is their completeness, since they show practically the whole layout of the old monastery whilst other ruined abbeys in Scotland only show a small part of what they once were.

With Crossraguel abbey, it is easy to trace the chapter house, the sacristy, the refectory, the cloisters, the monks’ cells, etc.

This way, one is able to imagine a complete picture of the whole abbey when it was filled with the “Black Monks” going about their daily business.

8. The abbey is maintained by the ancient monuments department of the ministry of works

Many of the abbey’s windows, small outhouses and other things have naturally disappeared but enough is still left to make it an interesting place to visit . Many visitors get to visit the well-kept ruins.

Its grounds are well maintained by the Ancient Monuments Department of the Ministry of Works.  Thus, it is still possible to see part of the font and that the  chapter house is in good preservation.

It is strange and interesting at the same time to realize that the abbey was more or less used as a quarry for stones to build some of the houses in Maybole and district after the Reformation when so many lovely old abbeys in Scotland were destroyed or allowed to fall into ruins.

9. The Abbey could not compete with other great Abbeys 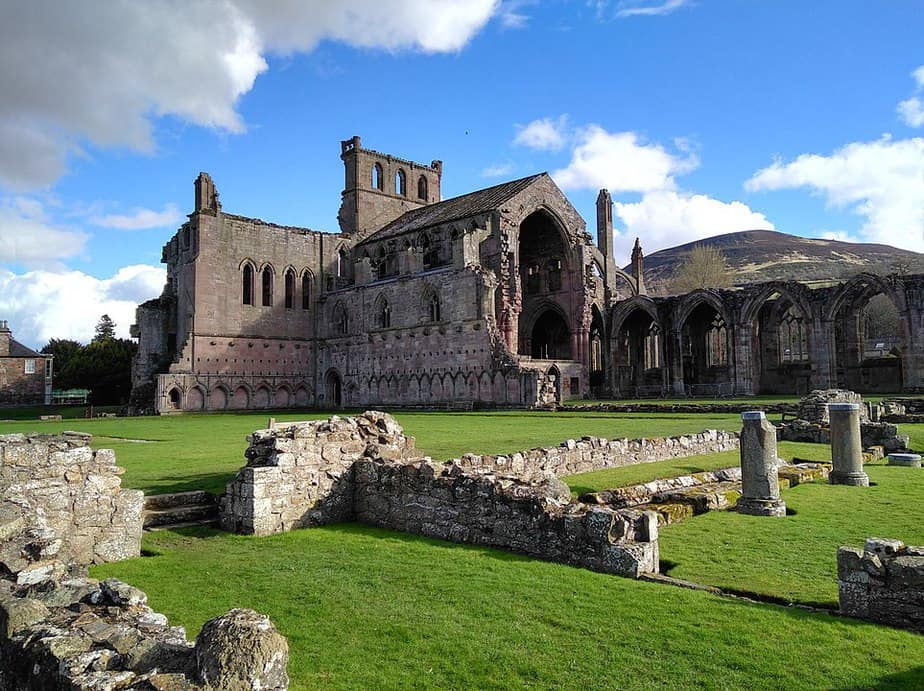 Architecturally speaking, Crossraguel could not compete with the great abbeys of Melrose, Jedburgh, Roslin, etc. Nonetheless, it was a homely, couthy, country church, well suited for its purpose and must have had a quiet charm about it when the monks ruled the district for upwards of three hundred years.

Billings in his “Ecclesiastical Antiquities” describes it as “a half baronial, half ecclesiastical ruin, with a rough square tower frowning over the beautiful remains of some rich and airy specimens of the middle period of Gothic work”.

It had its fish ponds, its doocot and its cattle grazing on the lands around it and its inhabitants must have found it a pleasant place to live in where they were safe from the feuding of their spirited neighbours in the old Kingdom of Carrick.

10. The origin of its name refers to an ancient cross 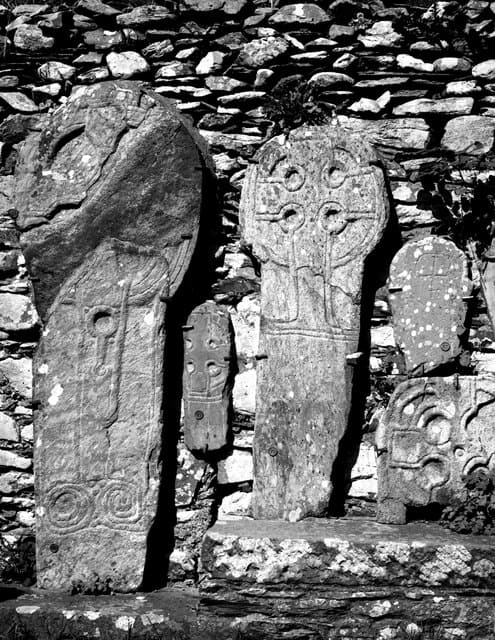 The origin of the Croosrageul Abbey refers to the ancient Cross of Riaghail that stood on the spot. Crossraguel was a Cluniac abbey.

That is, a western church that was solely interested in restoring the traditional monastic life.  The monks, who were members of a branch of the Benedictines – were known as the “Black monks” after the colour of their clothes.

Given its history, the Crossraguel Abbey represents a rich monument that tells a lot not only of the architectural skills adopted in medieval times but also of the traditions and cultures that governed society at the time. 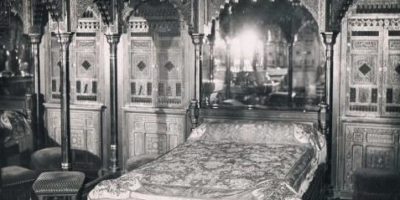 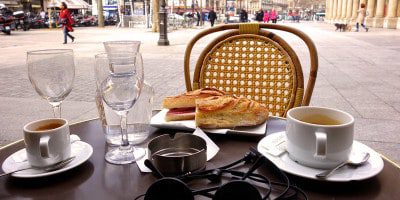 5 amazing breakfast places you should try in Paris 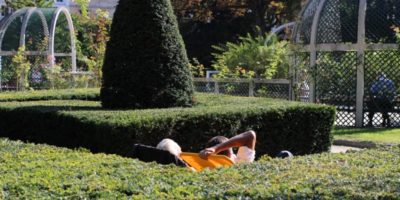