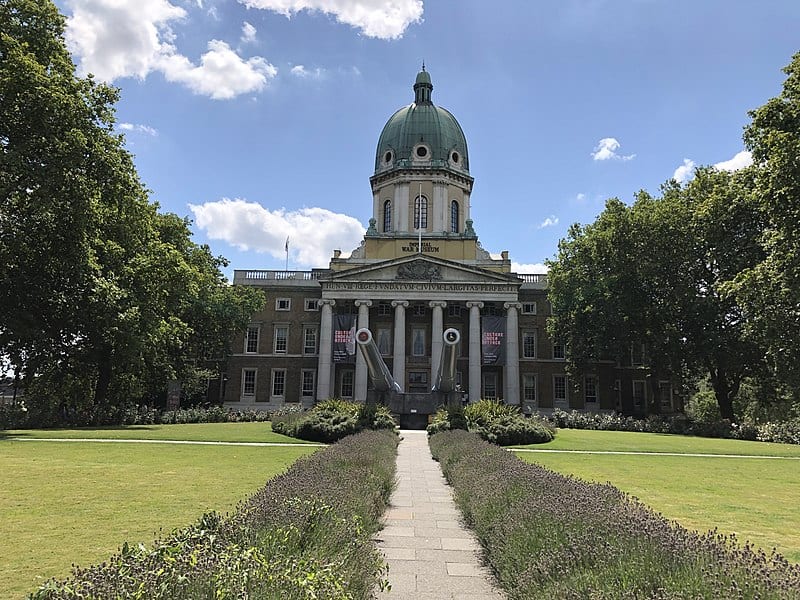 Image by Zzztriple2000 at en.wikipedia from Wikimedia

Famed for its tanks, aircraft, and weapons, the museum also reveals and reflects on the rich personal tales and first-hand accounts of British and Commonwealth involvement in 20th and 21st Century conflicts all around the world.

The India and Dominions Sub-Committee requested for a name change.

Their participation in the War would be permanently commemorated in the centre of the Empire’.

The Imperial War Museum was established in 1917 as the First World War was still being fought.

The museum tells the stories of people’s experiences of conflict from the First World War to conflicts today.

This article looks at the top 10 unbelievable facts about the imperial war museum.

1. Imperial War Museum is a Result of the Battle of the Somme

The Imperial War Museum in the First World War. Image by Horace Nicholls from Wikimedia

There was a collective feeling of the need to commemorate and remember this battle and the ongoing First World War.

From its beginning then the Imperial War Museum was never as some might wrongly assume – about glorifying war. But rather analysing the cause, course and consequences of conflicts.

To commemorate 100 years since the start of the First World War the atrium was redesigned in 2014.

2. See the Lancaster Fuselage at the Imperial War Museum

The British bomber used in the Second World War was a behemoth that could fly.

The bomber completed 49 missions as evidenced by the RAF circles painted on its side.

It also takes a bit of imaging the horrendous conditions on board. An unpressurised bubble in -30 degrees wind.

The death rate for a pilot was 47%.  Crew aged over 25 were nicknamed ‘Grandad’.

So while acknowledging their bravery, how do we also reconcile that each of these planes could drop 10,000 kg of bombs across Germany?

That’s the key to the Imperial War Museum. It aims to present us with facts and context from both sides. 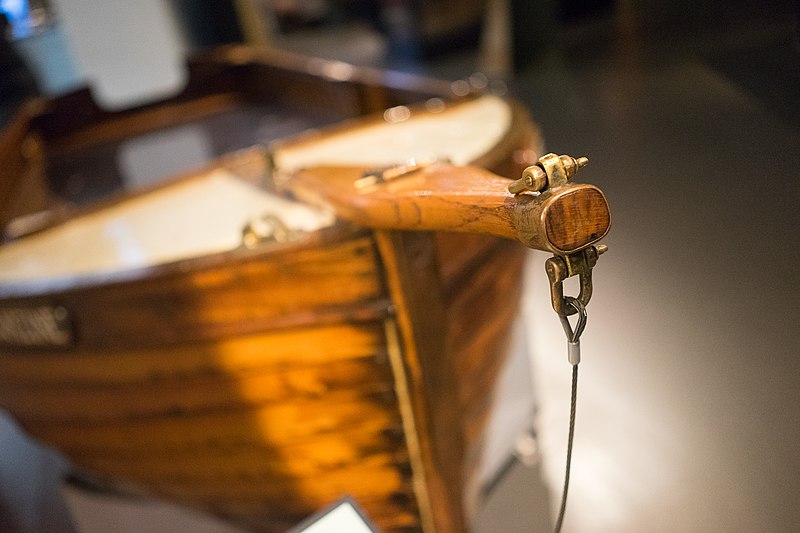 A  German bomb destroyed a model of the Royal Navy destroyer HMS Hercules which was displayed in the Naval Gallery in 1941.

The bomb blast shattered the model’s glass showcase and turned the ship’s masts and other fittings into a mass of tangled wreckage.

It remained in storage until 2010 when IWM began developing its new First World War Galleries.

160 sheets of stamps are displayed in 120 double-sided wooden sliders in a wooden cabinet makes the artwork.

It features portrait photograph images of British military personnel who died in active service in Iraq.

It commemorates the individual British service personnel who died during the war, but also questions ideas of sacrifice, community and nationhood.

McQueen created alternative means to respond to the conflict that had limited opportunities to film.

He hoped that the portraits would ultimately be issued as postage stamps and, as he states, ‘enter the lifeblood of the country’.

5. Watch an Original Film of the Battle of Somme

Watch this video on YouTube.
Here you will watch the Battle of the Somme film, filmed and first released in 1916.

the film is part of UNESCO’s Memory of the World Register for the preservation of global documentary heritage.

The film remains an important early example of propaganda as well as remaining a vital historical record of the early stages of the battle.

Footage from the film is synonymous with the First World War. It is often sampled in documentaries covering the conflict.

While small portions of the film feature staged reconstructions, the vast majority is authentic.

Imperial War Museum’s five branches which attract over 2 million visitors each year are IWM London, IWM’s flagship branch that recently transformed with new, permanent and free First World War Galleries alongside new displays across the iconic Atrium to mark the Centenary of the First World War;

7. Imperial War Museum is housed in a Building that once was ‘Bedlam

image by Paul Hudson from Wikimedia

The museum dedicated to war is housed in a building once home to a mental hospital (the Bethlem Hospital, or ‘Bedlam’).

Founded in 1917, the Imperial War Museum is ‘not a monument to military glory but a record of toil and sacrifice’, just as its original commissioner, Sir Alfred Mond, intended.

The Priory of St Mary of Bethlehem founded in 1247 was devoted to healing sick paupers.

The small establishment became known as Bethlehem Hospital. Londoners later abbreviated this to ‘Bethlem’ and often pronounced it ‘Bedlam

The new Bethlem Hospital opened at its present location in Beckenham in Kent in  July 1930.

In 1936 following the demolition of part of the old hospital, the former central administration block of the hospital became home to the Imperial War Museum.

These huge missiles peppered London towards the end of World War Two and were hailed by the Nazi regime as wonder weapons that would undermine British morale and turn the tide for Germany.

In fact, they resulted in more deaths among the slave labourers manufacturing them than the British civilians they targeted, in an offensive that lasted less than a year.

America arrested Wernher von Braun the creator of the V2.

His knowledge contributed to the first moon landing.

Lord Ashcroft’s VC collection now totals more than 200 such decorations and he also has a much smaller collection of George Crosses (GCs).

Behind every photo of an honoured hero lies a true story of courage, daring and sacrifice. The Lord Ashcroft Collection of medals and military decorations uncovers the real tales behind some of the most incredible missions in history. Discover more here on the top floor of the Imperial War Museum.

The gallery was opened by HRH Princess Royal in November 2010.  Lord Ashcroft funded the museum to the tune of $5 million because he wanted his VC collection to be enjoyed by a much wider public.

Admission to the gallery is free.

10. Learn about Surveillance Drones and ‘The Secret War’

The Imperial War Museum collects militaria from conflicts in our lifetime. One notable difference today is the growth of surveillance warfare – often carried out behind the scenes.

Nothing represents the latest tech battles better than the surveillance drone that hangs menacingly above the balcony of the second floor.

This British battery-powered aerial vehicle was used in Afghanistan to track the Taliban and offers a sneak peek into the future of combat missions.

James Bond might be Hollywood, but his gadgets most certainly are not! The living, breathing world of spy craft and secret intelligence gathering is revealed in this free exhibition.

Featuring exploding briefcases, hidden cameras and listening devices concealed within smoking pipes, this is the truth behind the real British Secret Service.

People of all ages visit the Imperial War Museum to enjoy the ground-breaking galleries.

You will uncover some of the stories of those affected by conflicts ranging from the First World War up to the present day.

It features several permanent exhibitions such as the Holocaust Exhibition, First World War galleries and  A Family in Wartime exhibition.

Visitors get an insight into the daily struggles families during times of conflict.

The Imperial War Museum is interesting, educational and offers free admission for all.