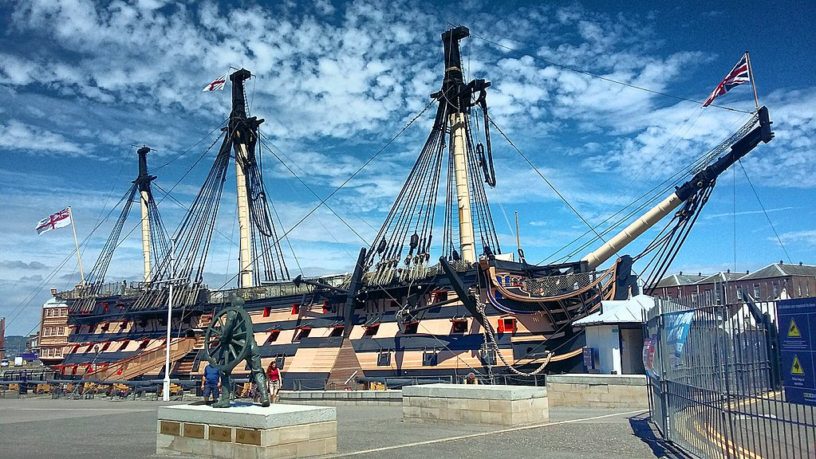 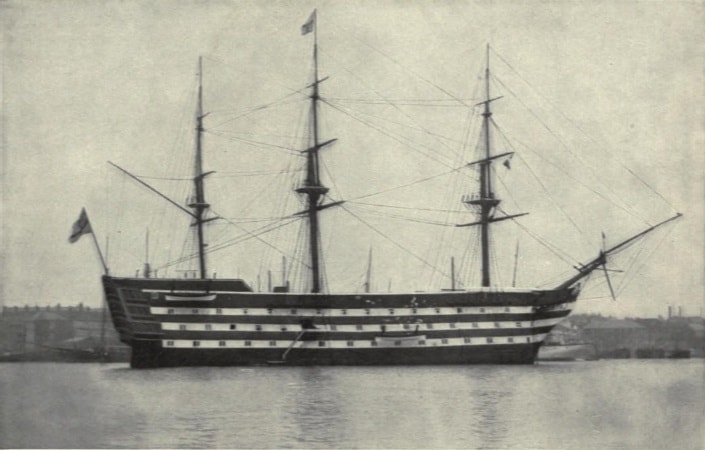 The HMS Victory, Admiral Horatio Nelson’s flagship, is one of the most renowned ships in the Royal Navy. It was launched in 1765 and would go down in history nearly forty years later at the Battle of Trafalgar. While Nelson would command the action from the quarterdeck of the Victory, his death would indelibly link the ship to Nelson and the war.

Of course, Trafalgar is not the beginning or conclusion of the HMS Victory’s tale. You may visit the ship, which is moored in the Portsmouth Historic Dockyard, to learn more, but we’ll give you some intriguing facts and data to chew on right now.

Here are some quick facts about the ship for the nautical buffs among us. The Victor is 226 feet 6 inches long from bowsprit to taffrail. It has a width of 51 feet and 10 inches. The hold is 21 feet 6 inches deep. The ship weighs 2,196.6 metric tons and displaces 3,556 metric tons of water. The ship was equipped with 104 guns and crewed by 821 sailors.

The crew, like other ships of the time, did not drink water on board. Wine and beer were the most popular beverages among guys. They ate meat, although it was difficult to chew since it had gotten extremely hard as a result of being preserved in big salt barrels. 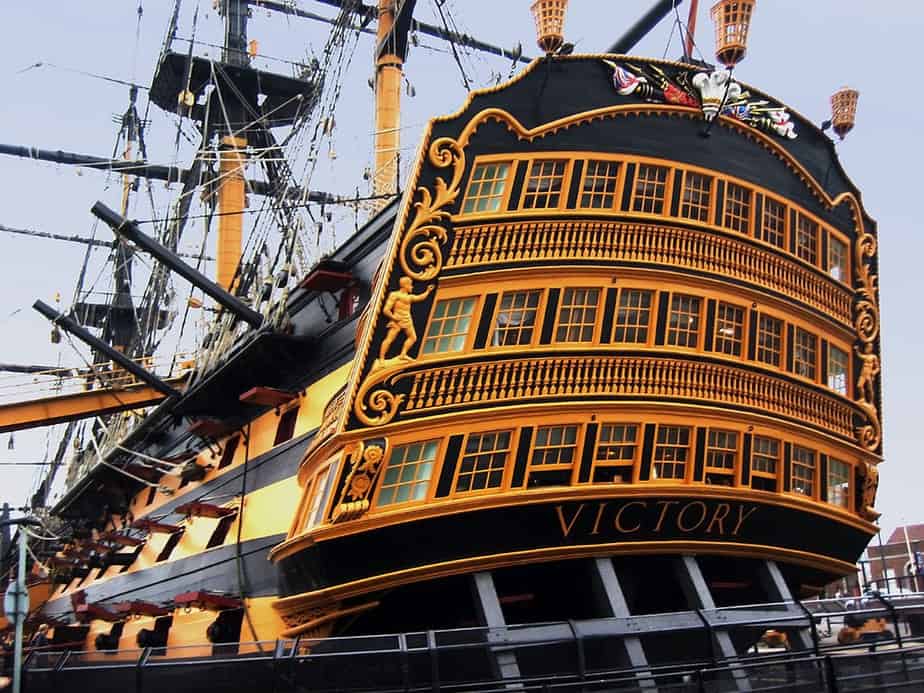 The HMS Victory was one of twelve ships commissioned by Pitt the Elder in 1758. Pitt desired a first-rate ship, which meant it would be one of the biggest ships available at the time.

The ship was set out and took six years and around 6,000 oaks and elms to complete. On May 7, 1765, the ship was launched, but shipwright Hartley Larkin soon recognized a problem: the dock gates were 9 12 inches too small for the ship to fit through. A group of workers had to chisel away at the wooden barriers until the ship could leave the pier.

The HMS Victory was built with three masts and thirty-seven sails. The ship’s fastest recorded speed was 11 knots, which is comparable to 12 miles per hour.

Despite being designed to be an important member of the British navy, the ship remained tied in the River Medway for thirteen years, until France entered the American War of Independence in 1778.

Following that, the ship was activated in response to French raids, which helped retain the majority of the Royal Navy on that side of the Atlantic.

The ship’s bottom was coated with 3,923 sheets of copper in 1780. The goal was to protect the ship below the waterline from shipworm, which are mollusks that bore into the wood, weakening it over time.

HMS Victory fought at the Battle of Trafalgar on October 21, 1805, under the flag of Vice-Admiral Lord Nelson. Nelson led the British to victory against the French and Spanish in this naval action, despite the fact that the British force of 27 ships was vastly outnumbered. This overwhelming victory established the British navy’s superiority and established Nelson as a national hero.

This achievement, however, came at a high cost, as Nelson was shot and gravely wounded at the Battle, living just long enough to learn of his victory. 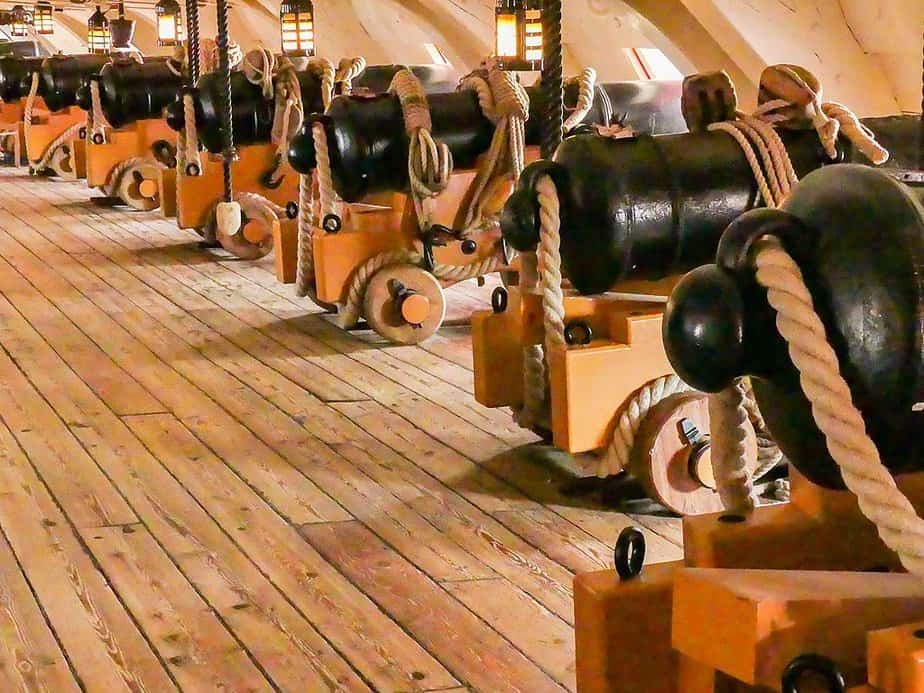 Prior to its commissioning, the HMS Victory was named after Britain’s several triumphs against the French.

The HMS Victory is the sole surviving ship from the American Revolution, the French Revolution, and the Napoleonic Wars. It’s strange to believe that, despite its pedigree, the Royal Navy regarded the ship as too old and in disrepair to be considered a first-rate ship two years after Trafalgar. It was later decommissioned and thirty of its guns were removed.

The Admiralty sought to dismantle the Victory and utilize its timbers for new warships by 1831, but a public outcry saved the historic ship. It was then utilized as a training ship until 1922 when it was relocated to Portsmouth and has since served as a museum ship. 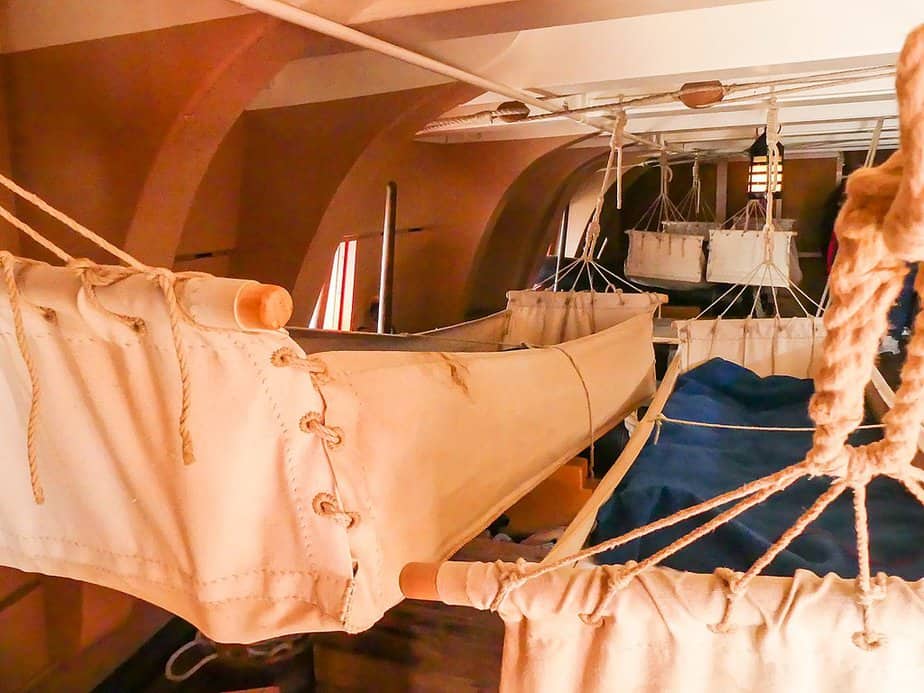 Those interested in seeing the Victory in person may do so at No. 2 in the Portsmouth Historic Dockyard. Every day (excluding holidays), the ship opens at 10 a.m. and requires a ticket.

A Full Navy ticket, which includes access to many additional ships in the dockyard, a Harbour Tour, and admission to the National Museum of the Royal Navy Portsmouth, is available for purchase.

During the tour, one will witness the location where Vice-Admiral Lord Nelson was killed, which is marked by an etched plaque. If one is lucky, Captain Hardy may be in his cabin and can meet guests with stories from his nautical exploits.

If you choose to visit you can enjoy the new HMS Victory Under Hull Walkway, which allows them to descend into the dry dock’s foundation and observe the 3600-tonne ship from below.