View From Greenwich Park. Looking across the River Thames, to the distant towers in the City of London. Photo by By Anna Anichkova - Wikimedia Commons 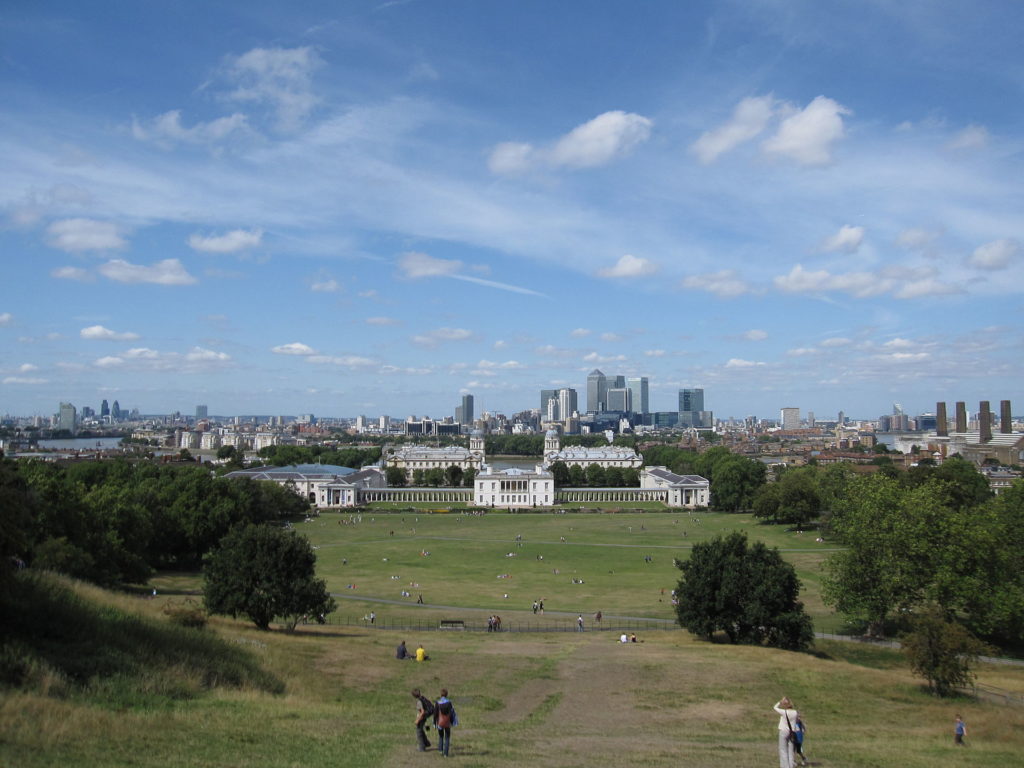 Greenwich Park is the oldest enclosed royal park in Britain and one of eight royal parks in England’s capital. It is a former hunting ground and one of southeast London’s largest single green spaces.

The diverse park covers 183 acres (73 ha) and is home to many historic buildings. It rises on the south bank of the river Thames commanding fine views of the river, the Isle of Dogs, and the City of London. It also offers superb views over the historic Old Royal Naval Palace and Queen’s House below.

The park is listed on the Historic Parks and Gardens Register and is part of the Greenwich World Heritage Site.

The Royal Observatory is located within Greenwich Park at the top of the steep hill overlooking the Queen’s House and the National Maritime Museum. It is the home of Greenwich Mean Time and the Prime Meridian.

The observatory is managed as part of the National Maritime Museum and contains the Astronomy Centre, Flamsteed House, and the Meridian Courtyard as well as the Peter Harrison Planetarium, London’s only planetarium.

Flamsteed House is famous for the large red ‘time ball’ attached to its easternmost turret. The time ball was installed in 1833 and drops each day at precisely 1 pm as a signal to boats on the River Thames. 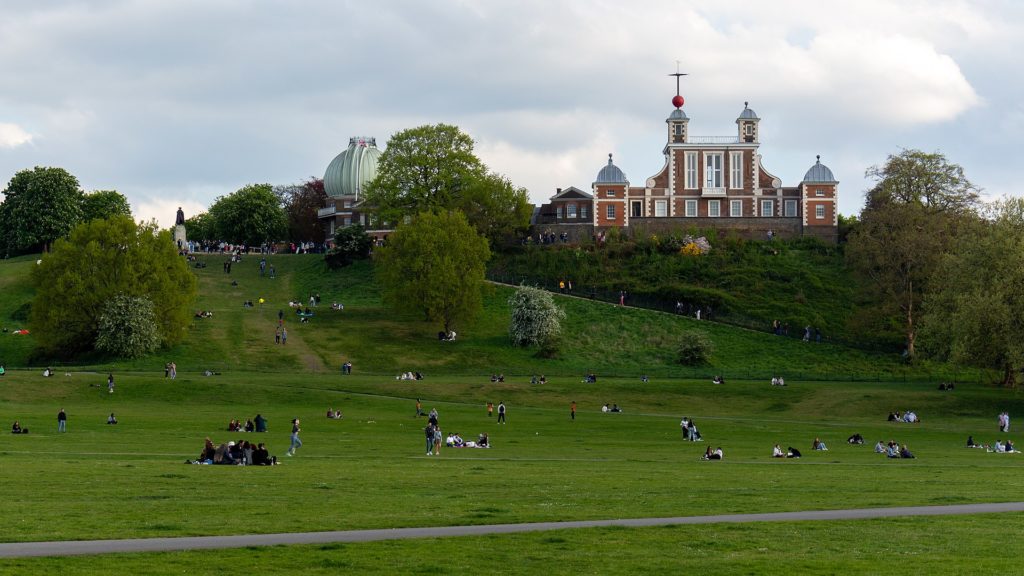 Royal Observatory, Greenwich, viewed from the bottom of Greenwich Park. Photo By The wub – Wikimedia Commons

The meridian line in Greenwich represents the Prime Meridian of the world which is Longitude Zero (0° 0′ 0″). Every place on the Earth is measured in terms of its angle east or west from this line.

Since 1884, the Prime Meridian has served as the reference point for Greenwich Mean Time (GMT).

The line runs across the courtyard of the Royal Observatory and was adopted by international agreement to the irritation of the French who continued to use the Paris meridian.

Visitors have their photos taken with legs apart, one foot in each hemisphere. They also line up to take photos of the Meridian line on the outer wall surrounding the royal observatory, where there is a 24-Hour Clock set to Greenwich Mean Time. The clock is accurate to 0.5 of a second.

There has been a playground located in the North-East corner of Greenwich Park since the 1940s. The high-quality playground follows a maritime theme, reflecting the nautical roots of the World Heritage Site. It has play opportunities for children of all ages and abilities.

Features include a basket swing, roundabout, and plenty of sand and water play. Loose, textured, and natural materials such as logs, rope, and bark are incorporated into a nature-inspired setting that blends seamlessly with the park’s historic landscape. 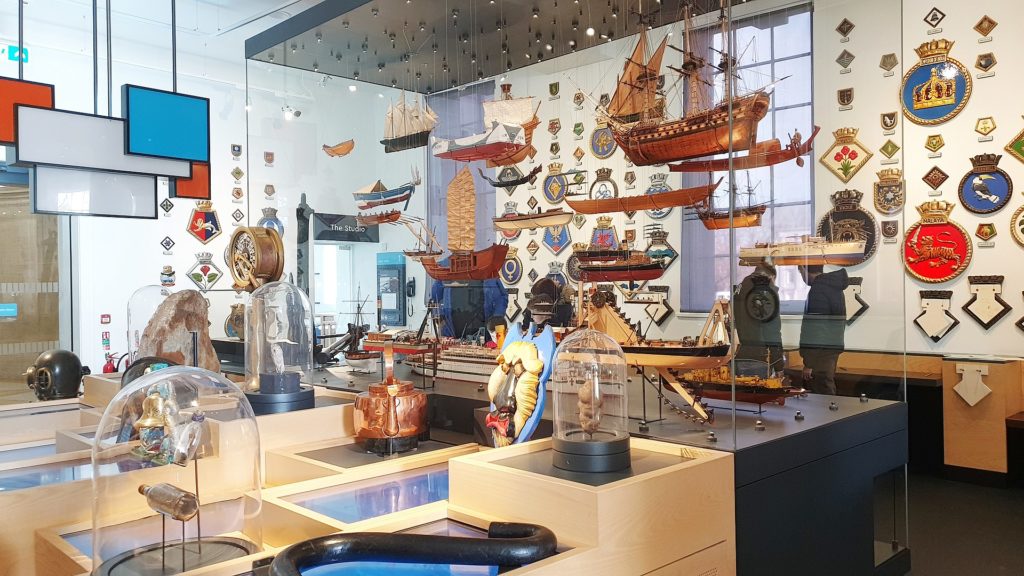 The National Maritime Museum was opened to the public in 1937 by King George VI. The building was a school for the children of seafarers since 1807 before it became a museum.

Therein is a gallery of special exhibitions. It comprises a permanent gallery titled “Voyagers” which introduces the story of Britain and the sea. The museum is a UNESCO World Heritage Site.

The park has many different gardens. Among them is The Rose Garden which is located on the eastern side of the park and forms the backdrop to the Ranger’s House.

There is the Flower Garden that was laid out in the 1890s. This is one of the horticultural showpieces of Greenwich Park. Next is the Herb Garden. This formal herb garden contains a wide variety of culinary herbs and is located close to the St Mary’s gate entrance to the park.

On Greenwich Park’s north-eastern corner is the Queen’s Orchard. This is an enclosed area of approximately 0.3 hectares where fruits and vegetables are grown. 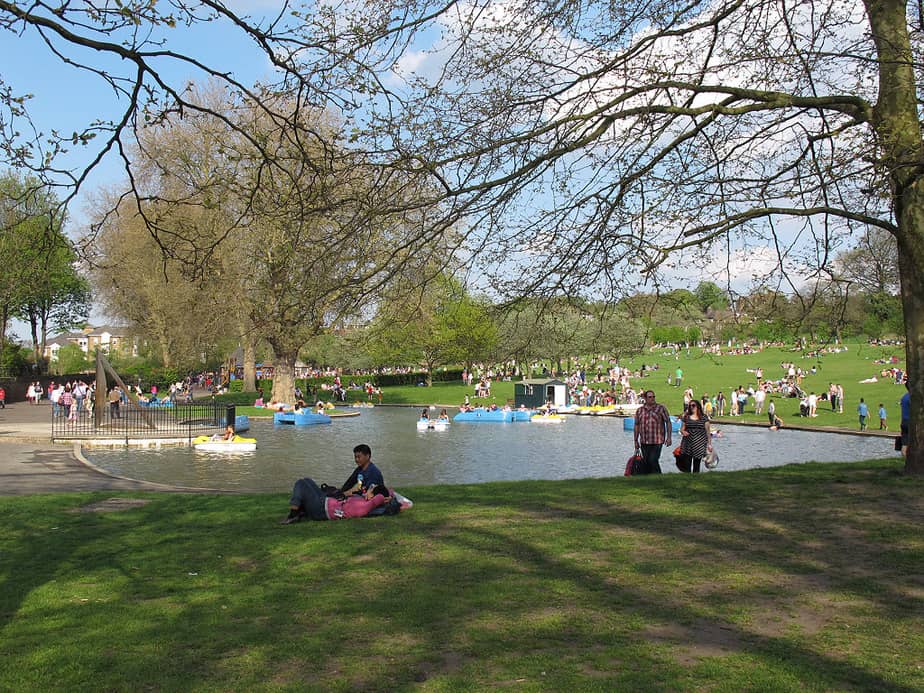 Greenwich Park offers a range of sports, including cricket, tennis, and boating. Cycling is allowed on the roads and designated cycle paths only. The paths and grass areas are used extensively for walking, jogging, and running.  Visitors are free to bring frisbees, balls, skipping ropes, board games, and more for some informal fun.

Greenwich has the oldest deer park in London. Occupying the southeast corner of the park is The Wilderness, a 13-acre fenced enclosure that is home to the park’s herd of roe and fallow deer.

Visitors are not allowed into the deer enclosure, but several designated viewing areas are available. One unique viewpoint is the Secret Garden Wildlife Centre, an educational center with one-way glass windows.

Here, deers and other wildlife such as nesting birds, roosting bats, foxes, and wood mice can be watched without their knowledge.

Ancient trees, such as the sweet chestnuts and the many other mature and veteran tree species to be found in the park, are of tremendous value to wildlife.

Just inside St Mary’s Gate on King William Walk is Samuel Nixon’s granite statue of King William IV (1765-1837) in the uniform of a high admiral. The statue was erected in 1844 at the junction of King William Street and Cannon Street in the City of London. Increasing traffic flow made the statue a hindrance so it was moved to Greenwich Park in 1936.

On one of the focal points of Greenwich Park, the General James Wolfe (1727-1759) statue stands next to the Royal Observatory overlooking the magnificent views of the Thames and the London skyline. Wolfe died in battle while leading an attack that made Canada an English colony.

9. Millennium Sundial, the Bandstand, and More 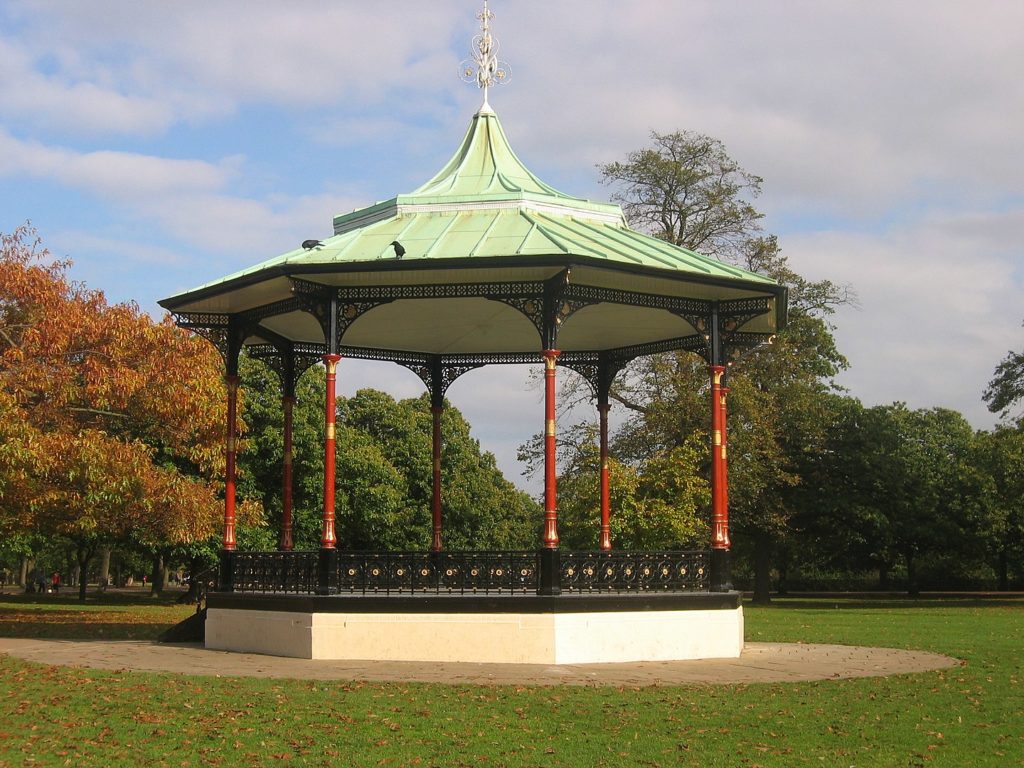 The Bandstand in Greenwich Park. Photo by By Secretlondon – Wikimedia Commons

Installed next to the Greenwich Meridian in 2000, the Millennium Sundial is a double horizontal dial that not only tells the time but also the direction of the sun.

The Greenwich Park Bandstand is a Grade II listed structure, erected in 1891. This bandstand is used as a traditional meeting point for leisure activities and sponsored events.

From barista-made coffee plus cakes and pastries to tasty sandwiches, salads, hot breakfasts, and lunches our cafes and cabins serve fresh, seasonal dishes using ingredients from a range of local suppliers and producers.