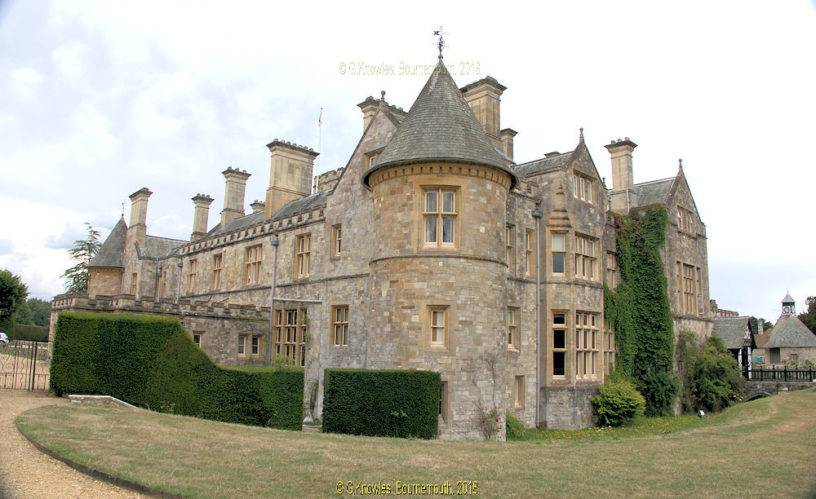 The Beaulieu Motor Museum is a museum set in the heart of the New Forest, in the English county of Hampshire.

It was founded in 1952 by Edward Douglas-Scott-Montagu, 3rd Baron Montagu of Beaulieu, as a tribute to his father, John, 2nd Baron Montagu, who was one of the pioneers of motoring in the United Kingdom.

Beaulieu Motor Museum offers something for everyone; from legendary F1 cars and land-speed-record breaker for the speed-freaks, to incredible examples of pioneering motoring for the history-buffs. For those who like to get a bit more hands on, there are interactive displays such as Driving Change.

Below are the top 10 sensational Facts about Beaulieu Motor Museum;

1. Evolution of the museum’s name 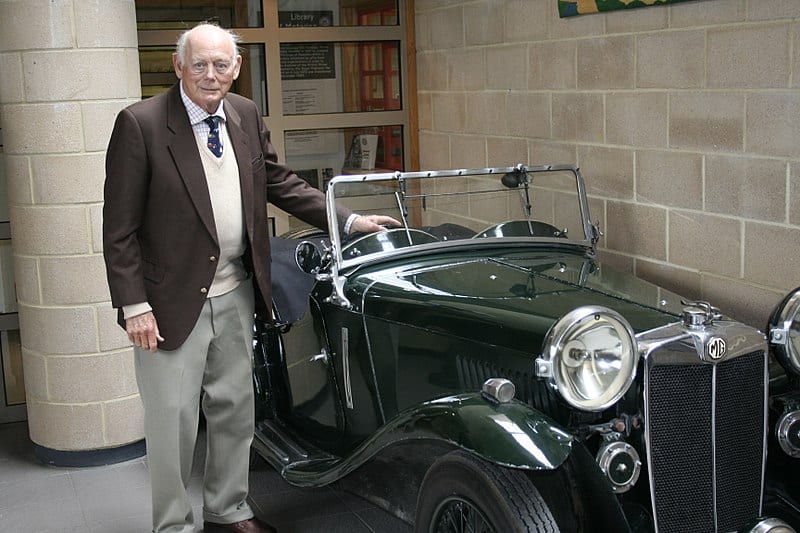 Edward, 3rd Baron Montagu of Beaulieu, was a champion of the historic vehicle movement and founded the museum in 1952.

At first, the museum consisted of just five cars and a small collection of automobilia displayed in the front hall of Lord Montagu’s ancestral home, Palace House.

By 1956 the vehicle collection, which now included several motorcycles, had outgrown the house and Montagu established a separate home for them in some large sheds in the grounds. The Montagu Motor Museum was born.

Over time the vehicle collection had grown even further, and a new building was therefore constructed. The new museum was a 40,000 square-foot museum with space for at least 200 vehicles. The new project was opened on 4th July 1972 by The Duke of Kent. It became known as Britain’s National Motor Museum.

The name change marked the change from of status from a private collection to a charitable trust.

2. In honor of his father 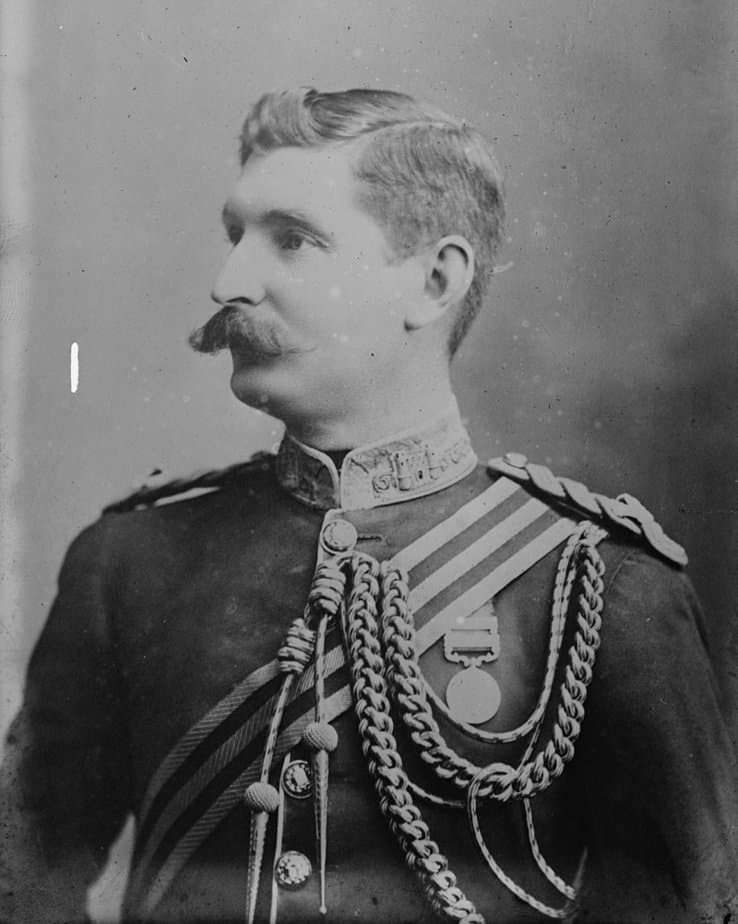 Edward opened the museum as a tribute to his father, John, 2nd Baron Montagu. John Montagu died when Edward was just two years old and left Edward custodian of the family’s 7,000-acre Beaulieu Estate in Hampshire.

John, 2nd Baron Montagu, was one of the pioneers of motoring in the United Kingdom, being the first person to drive a motor car into the yard of the Houses of Parliament and having introduced King Edward VII (then the Prince of Wales) to motoring during the 1890s.

He is also remembered as the founder and editor of The Car Illustrated magazine, the first motoring journal Car Illustrated, and a member of the Road Board. 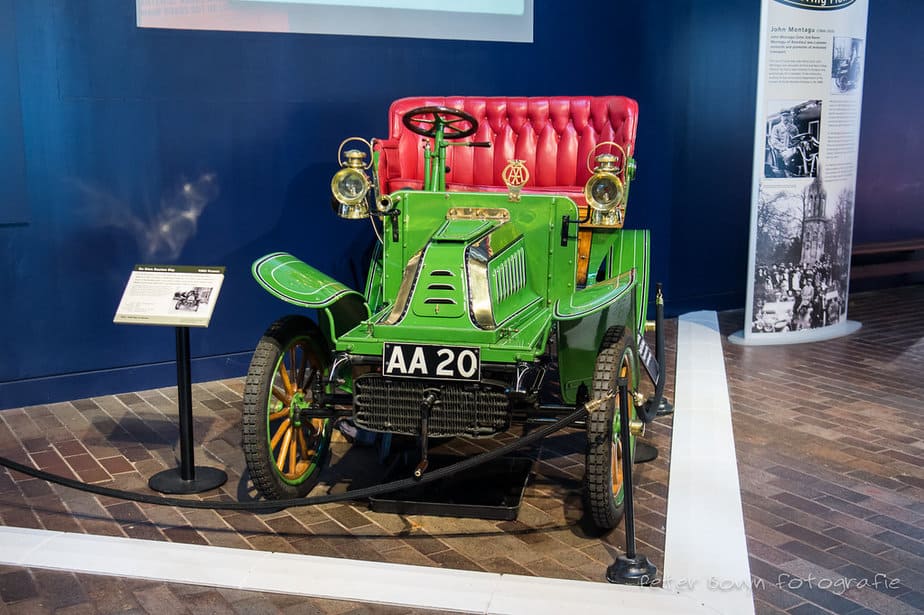 When Edward was starting the museum, he only had access to one veteran car, a 1903 6hp De Dion Bouton which had previously been used by the estate electrician.

A call-out to the Society of Motor Manufacturers and Traders produced the additional exhibits he needed to start a small motor museum in the front hall of Palace House.

The house opening was successful with hundreds of visitors. As the popularity of the car exhibition continued to grow, Edward was able to increase the number of vehicles.

Today the museum boasts of around 250 vehicles manufactured since the late-19th century and its popularity continues to grow up to date. 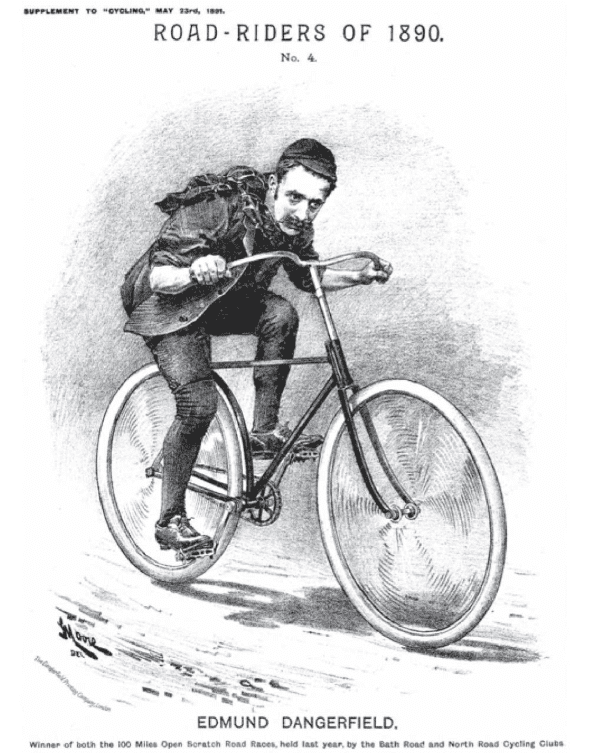 Britain’s first dedicated motor museum was set up by Edmund Dangerfield in Oxford Street, London. It was opened on 31 May 1912 with over forty vehicles built before 1903 and a range of accessories.

The exhibition closed on 31 July 1912 and reopened on 12 March 1914 at the Crystal Palace, Sydenham. During the First World War the exhibits were returned to owners, taken in by Government Museums, or dumped on waste ground near Charing Cross Station.

In 1972, five of the saved cars from the original 1912 Museum were displayed at the newly opened National Motor Museum at Beaulieu

5. An unusual design of the museum 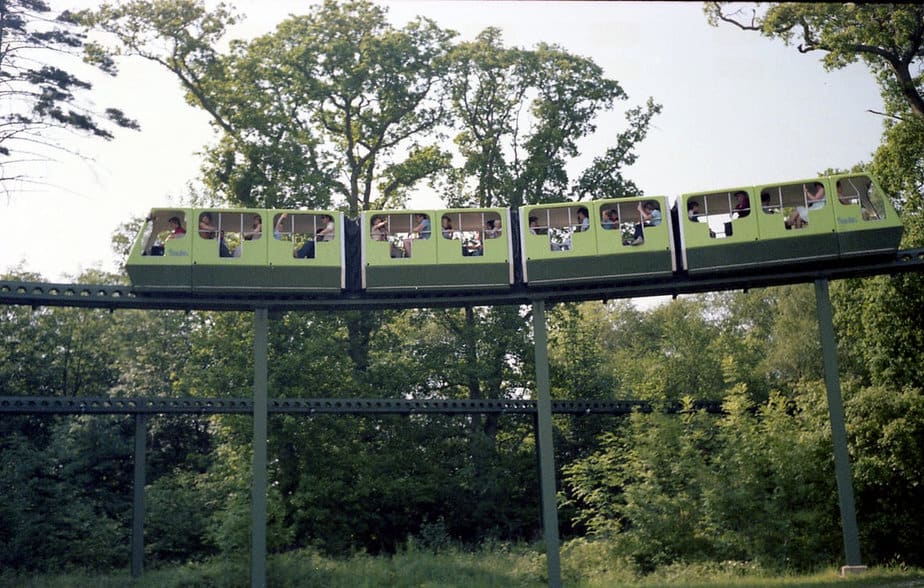 The plans for the new Motor Museum and its visitor buildings were then drawn up by the architect Leonard Manasseh.

It was inspired by the light railway running through the US Pavilion at the Montreal World’s Fair, Expo 67.

6. One of the larges libraries of its kind in the world 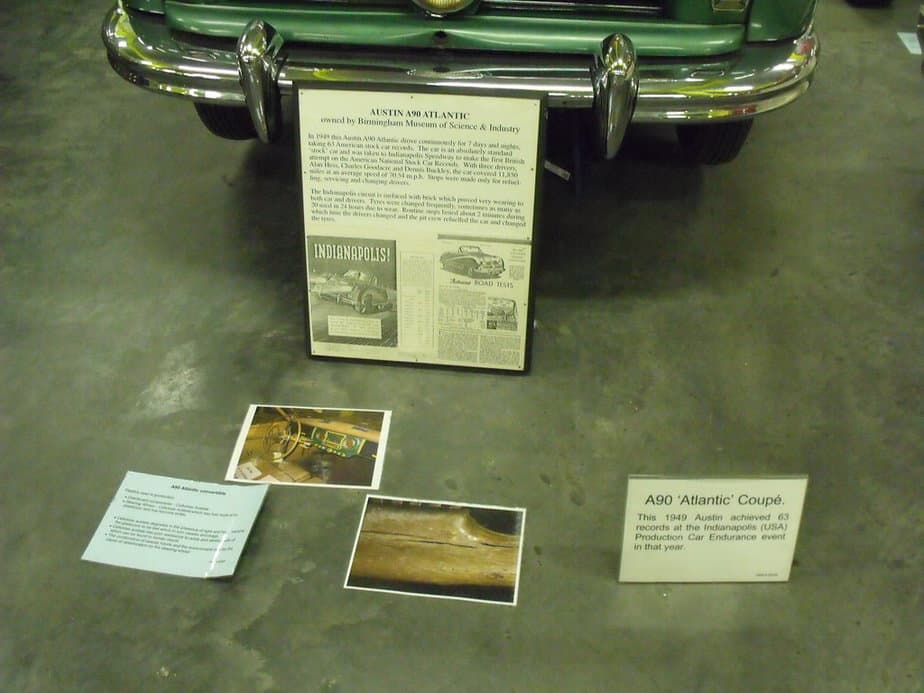 In 1989, the National Motor Museum Collections Centre opened to provide an administrative centre for the Trust and to house the ever-expanding motoring libraries and archives.

The reference library is one of the largest of its kind and together with the photograph and film libraries is used by commercial and private researchers from all over the world.

These collections have been awarded Designated status – official UK government recognition of their outstanding national importance.

7. The National Heritage Museum of the year

The museum has won several awards, with the most significant being the prestigious National Heritage Museum of the Year, was awarded in 1974.

The Museum of the Year Award, formerly known as the Gulbenkian Prize and the Art Fund Prize, is an annual prize awarded to a museum or gallery in the United Kingdom for a “track record of imagination, innovation and excellence”.

8. Before being home to a great museum, it was a SOE training centre 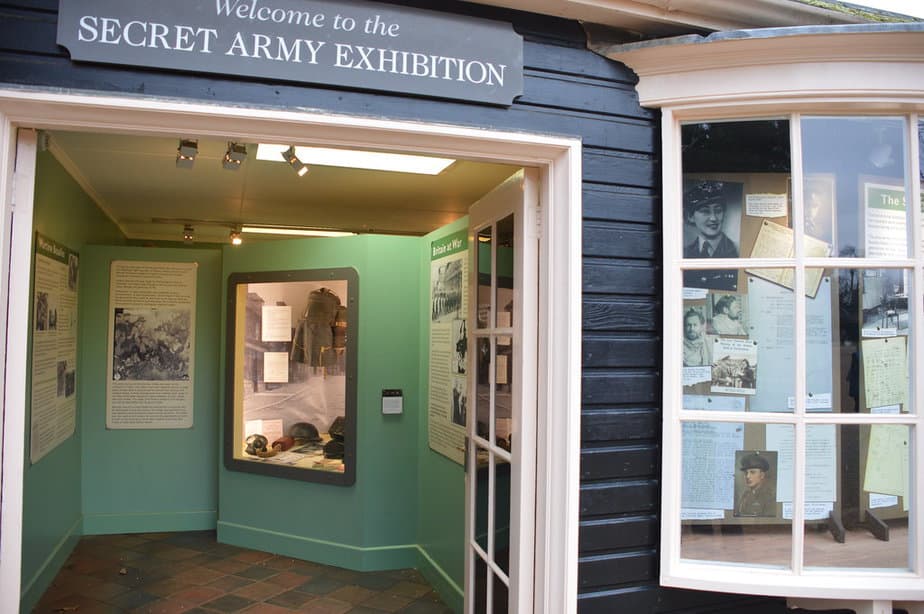 During the Second World War, the Beaulieu Estate of Lord Montagu in the New Forest area was the site of group B finishing schools for agents operated by the Special Operations Executive (SOE) between 1941 and 1945.

The agents were taught silent killing, housebreaking, safe-blowing, forgery, sabotage, survival techniques, how to resist interrogation, how to use secret inks, coding, black propaganda and a whole host of other nefarious skills. Such was the secrecy that neither the Montague family nor the local villagers knew anything about what was going on.

The SOE Museum, known as The Secret Army Exhibition, was founded in 20015. It is packed with spy equipment, such as everyday items like dominoes and hairbrushes, all with secret compartments or a pen with a hidden compass and maps. 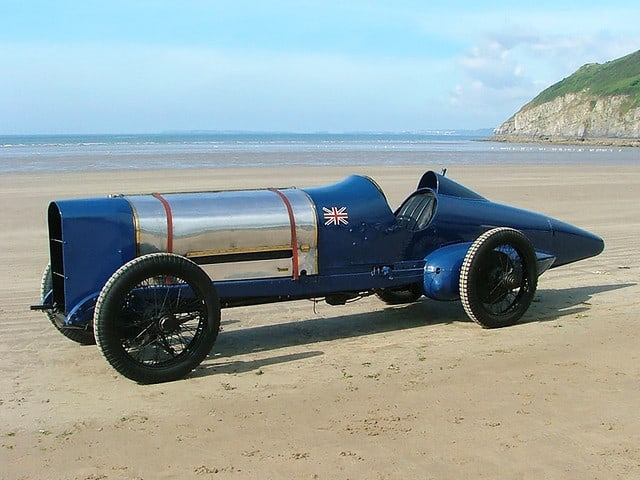 One of the museum’s important collections of historic motor vehicles are the four-world land speed record holders.

10. A favorable coincidence during its opening 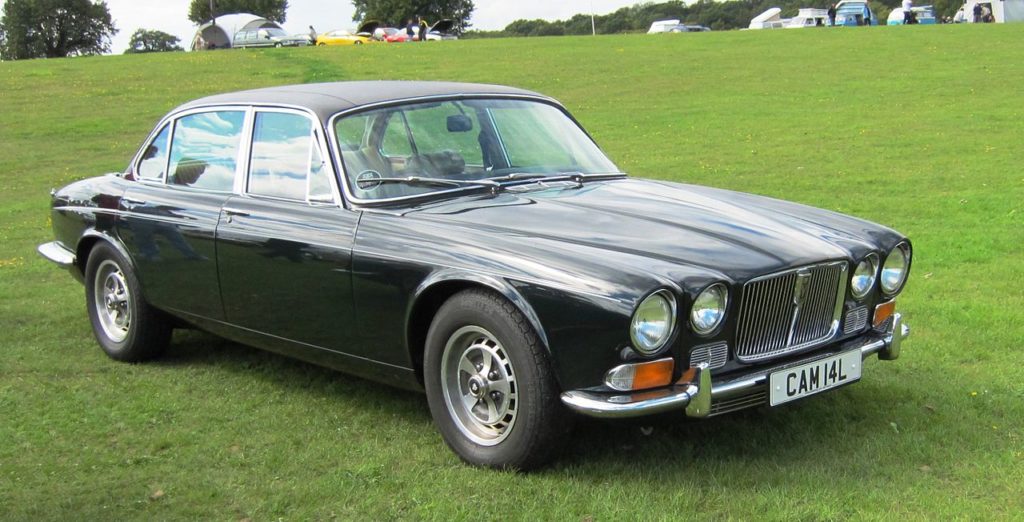 The opening of the museum coincided with the UK launch of the Jaguar XJ12, which made it an appropriate week for celebrating the UK motor industry

The XJ12 was announced in July 1972, featuring a simplified grille treatment, and powered by a Jaguar’s 5.3 L V12 engine coupled to the Borg-Warner Model 12 transmission.

At the time, it was the only mass-produced 12-cylinder, four-door car in the world and, with a top speed of “around” 225 km/h (140 mph). It was also the “fastest full four-seater available in the world”.