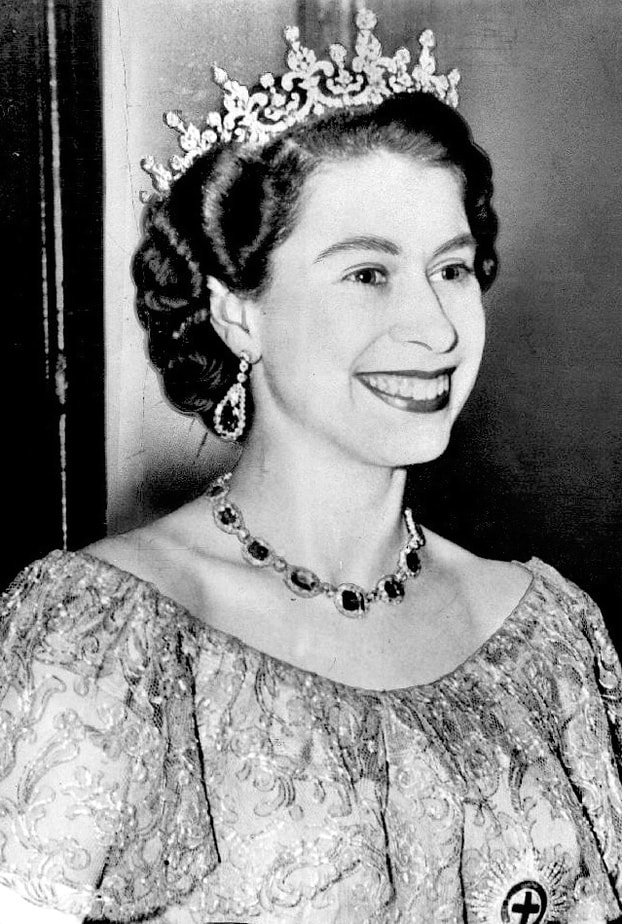 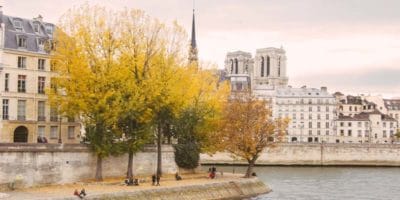 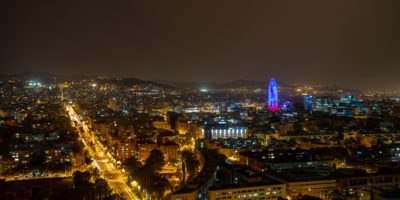 The 7 best vintage shops in Barcelona 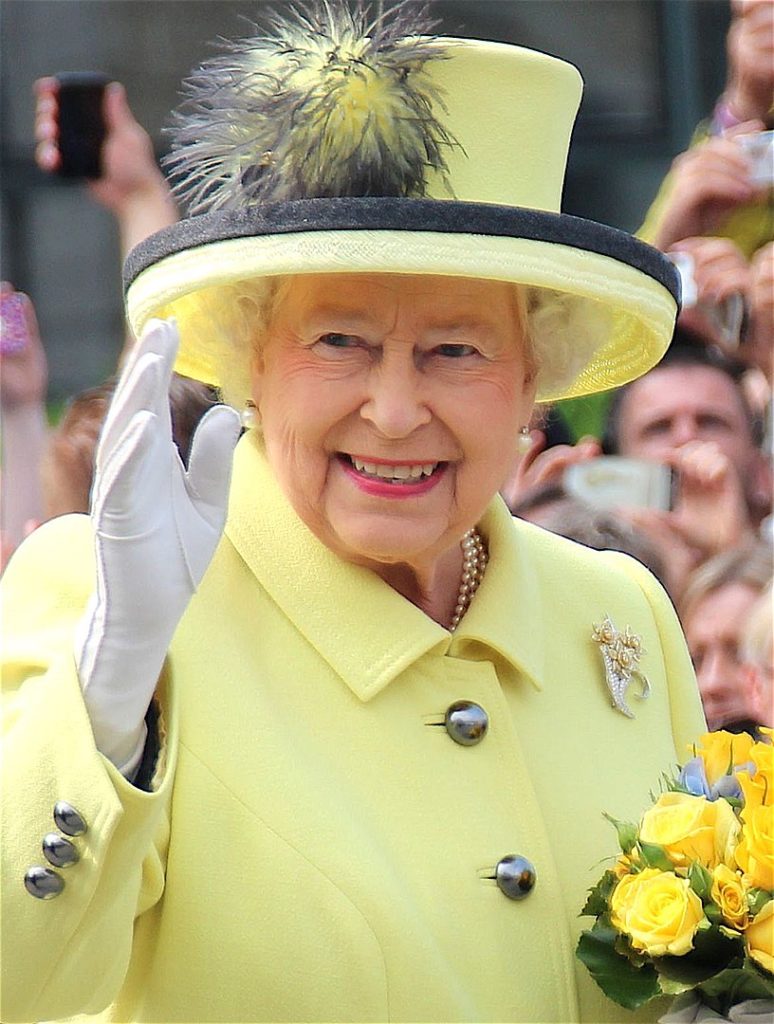 On 21st April 2022, Queen Elizabeth II celebrated her 96th birthday at her Sandringham estate as gun salutes rang out across London and Windsor. Military bands played “Happy Birthday”. This marked her Diamond Jubilee having reigned for 70 years.

Throughout her record-breaking reign, she is currently the longest-serving monarch, the Queen has witnessed social, cultural and political change, and Queen Elizabeth II also remains to be one of the most well-travelled monarchs.

The queen was born in London on 21st April 1926 King George VI and Queen Elizabeth. She grew up in London with her only sibling Princess Margaret.

She is a mother, grandmother and great grandmother. Here are the 10 most remarkable facts about Queen Elizabeth II.

1. She went up a tree a Princess and came down a Queen! 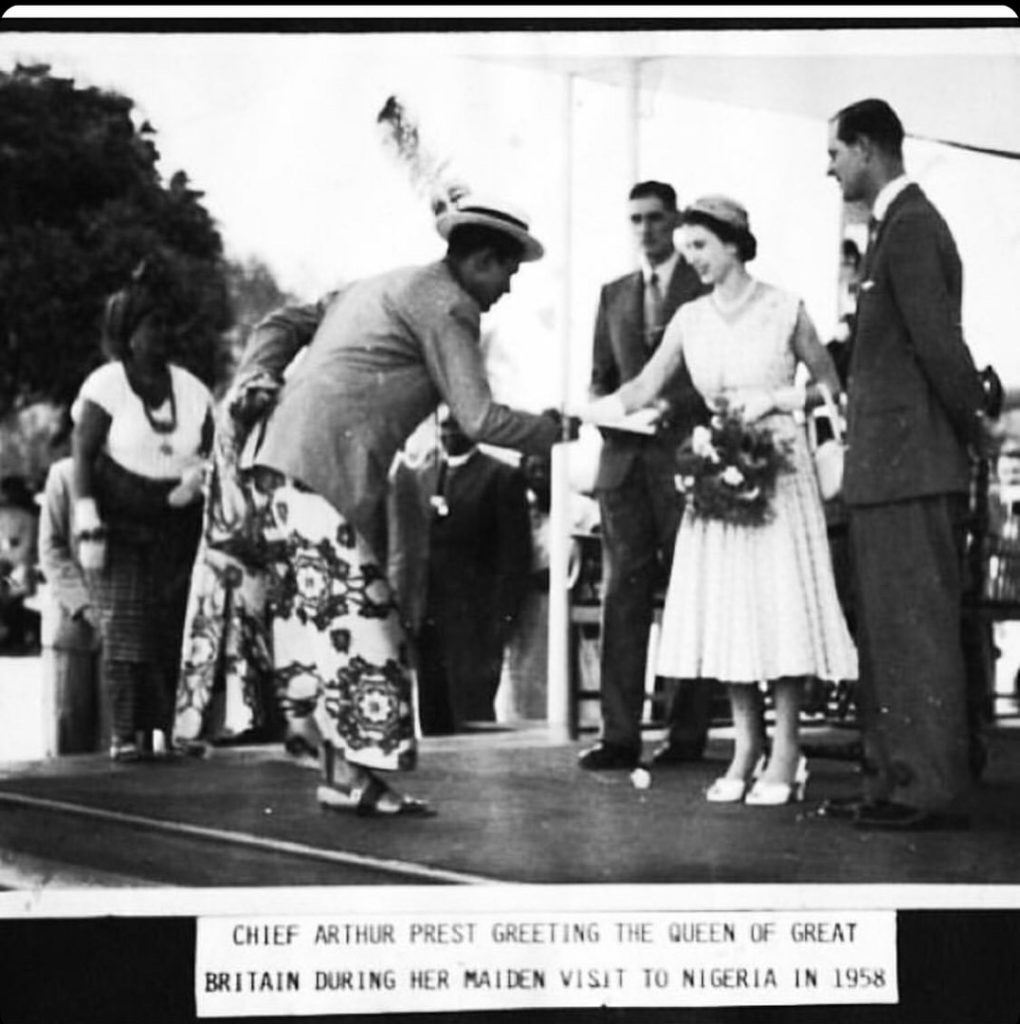 In 1951, George VI’s health deteriorated and Elizabeth often stood in for him at public events.

Since there was little hope for him to get back to good health, her private secretary Martin Charteris, carried a draft accession declaration in case the King died while she was on a tour of Canada and the United States.

Then in early 1952, Elizabeth and Philip set out for a tour of Australia and New Zealand via Kenya. On 6 February 1952, the couple had just returned to their Kenyan home, Sagana Lodge, after a night spent at Treetops Hotel.

First to receive the news of King George VI’s death was Philip who informed Elizabeth. This meant she immediately ascended to the throne.

They immediately left for the United Kingdom. She chose to retain Elizabeth as her regnal name and thus she was called Elizabeth II.

Elizabeth first met Philip in 1934 when she was 8 years old. They met again in 1937. These two are second cousins through King Christian IX of Denmark and third cousins through Queen Victoria.

In 1939, they met once again at the Royal Naval College in Dartmouth, Elizabeth was 13 years old then.  This was when she fell in love with Philip and started exchanging letters with him.

3. For richer or poorer or at least that is what Queen Elizabeth was up against with her soon to be Prince 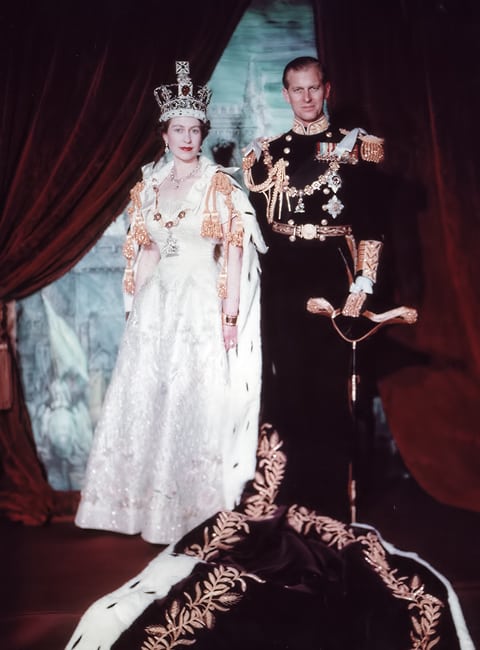 Their engagement was not short of controversy. Philip had to renounce his royal identity to get married to Elizabeth. This meant that he had no financial standing, was foreign-born and had no home nor kingdom.

Some of the King’s advisors did not think him good enough for her. The papers carried large headlines on the string of Philip’s foreign origin.

Elizabeth’s mother used to refer to him as “The Hun” and told biographer Tim Heald that Philip was “an English gentleman”.

Once their engagement was given the green light, Philip was allowed to become a naturalized British subject and took the surname Mountbatten.

4. The Queen paid for her wedding gown using coupons 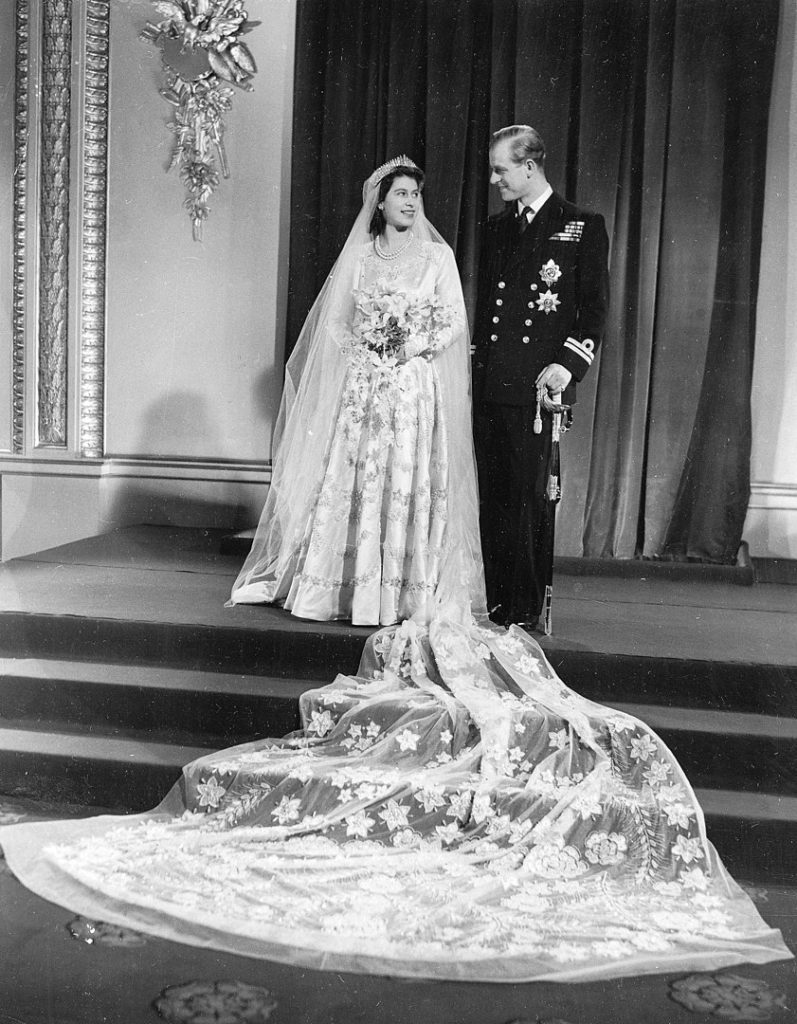 This is the official wedding picture of Princess Elizabeth and her new husband Prince Philip, Duke of Edinburgh, made after their return to Buckingham Palace after their marriage in Westminster Abbey, Nov. 20, 1947. Photo by Associated Press – Wikimedia Commons

Queen Elizabeth II and Prince Philip tied the knot in 1947 when the United Kingdom was recovering from World War II. This means there were rationing measures in place and no one was exempted.

The most important piece of the day was her gown which she bought using coupons. Since she was popular, women from all over Britain set her their coupons.

Her bridal party was the largest; she had eight bridesmaids. Interestingly, Philip’s German family did not attend the wedding. Not even the Duke of Winsor, King Edward VIII, attended it.

Elizabeth and Philip were married on 20 November 1947 at Westminster Abbey. Their wedding came after six years of war, a period in which several women had waited to tie the knot after the war.

Since they were married during the rationing, people could not buy gifts from gift shops. Instead, they sent over tinned food ad nylon stockings. The food was redistributed to the needy.

In total, the newlyweds received 2,500 wedding gifts from around the world. They were married for 73 years, until Philip’s death on 9 April 2021. They have four children, eight grandchildren and 12 great-grandchildren.

6. Queen Elizabeth the II was the first to get a modern coronation

First was Elizabeth’s grand royal wedding, then her coronation. These two events were said to be the highlights of post-war Britain.

Although she ascended the throne immediately after her father died; she was allowed time to mourn and the coronation was done months later.

Her coronation happened on 2nd June 1953 at the Westminster Abbey. The event was televised live and more than 27 million viewers watched it in the UK. There were millions of other viewers from the Commonwealth.

Elizabeth was the first monarch to be crowned Queen of Canada. 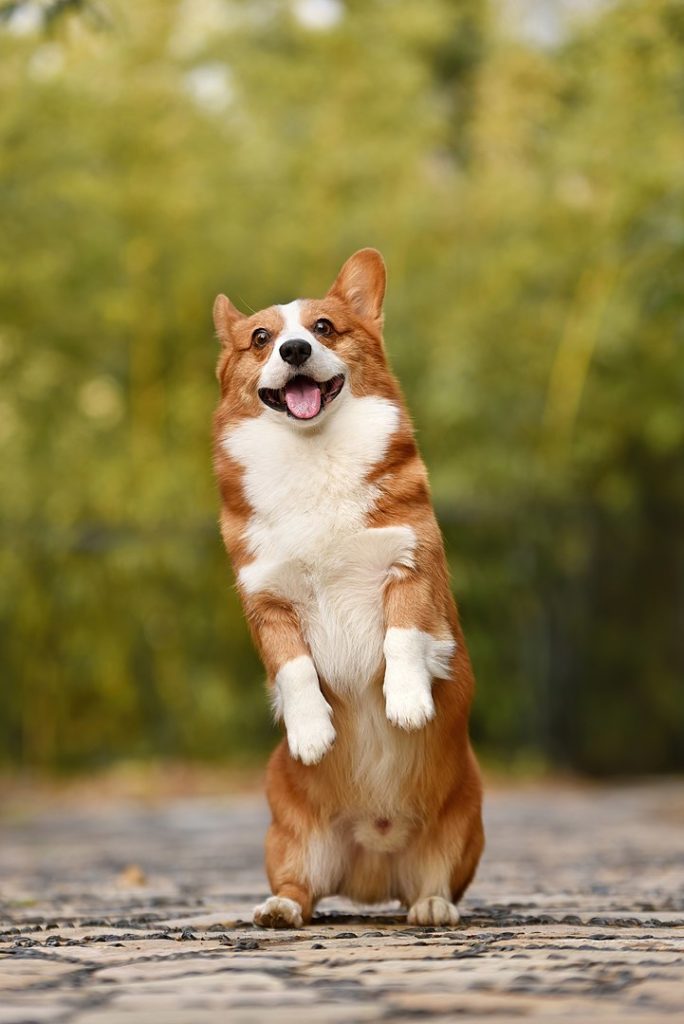 Welsh Corgi puppy standing on rear legs and sticking out the tongue. Photo by Huoadg5888 – Wikimedia

The Queen loves to spend time in the countryside, horseback riding and walking her dogs. She has a preferred breed of dog, the Pembroke Welsh corgi.

She got her first corgi Susan when she was 18. The Queen also received a corgi puppy as a gift from members of her family in the spring of 2021. The royal corgis have become part of the Queen’s public image.

A British coin commemorating Elizabeth II’s Golden Jubilee in 2002 portrayed the monarch with a corgi.

On her 90th birthday, the Vanity Fair magazine cover had the Queen with four of her dogs.

During the opening ceremony of the 2012 Olympic Summer Games in London, the Queen and her corgis appeared in a video with actor Daniel Craig as James Bond.

Queen Elizabeth II learned to speak French at a young age from French and Belgian governesses.

Together with her sister, they were home-schooled under the supervision of their mother and their governess, Marion Crawford. Lessons concentrated on history, language, literature, and music.

She often spoke French when she visited France. In 2014, she surprised many when she delivered an address at the State Banquet in French.

Queen Elizabeth has an active presence on social media. Her first Instagram post was in 2019 when she visited the Science Museum in London.

The post was of an 1843 letter from the world’s first computer pioneer, Charles Babbage. It was sent to the Queen’s great-great-grandfather, Prince Albert who was very interested in scientific progress.

In 2014, the Queen also tweeted for the first time from the Science Museum.

10. Send her a mail…yes she will read it 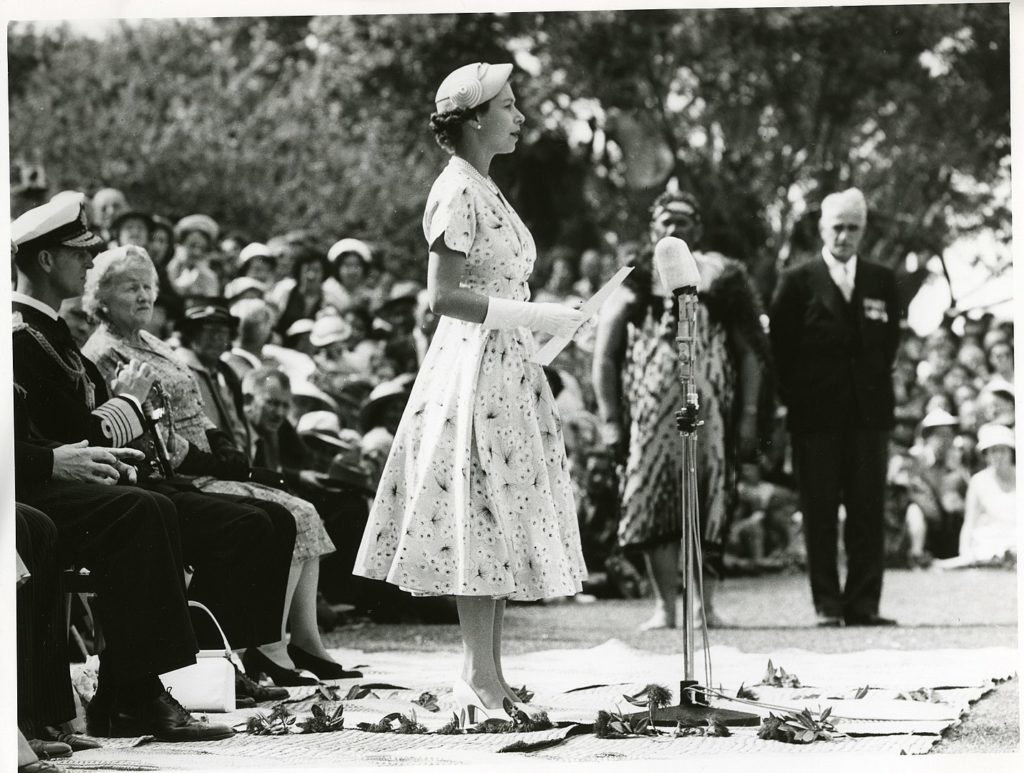 Elizabeth II is pictured here on the Royal Tour of New Zealand of 1953/54. Photo by Archives New Zealand – Wikimedia Commons

You can write to the Queen and most likely, she will read it. According to her official website, the Queen is shown almost all of her daily correspondence. She always shows interest in what the people have to say.

To write to her, follow the guidelines on her website. There are instances when she writes back. For security reasons, she cannot receive gifts. 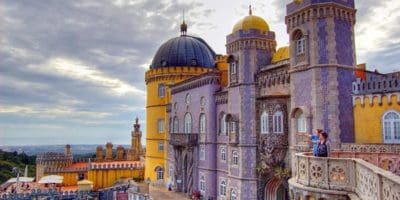 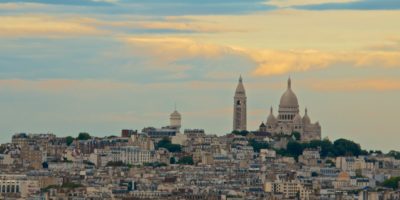 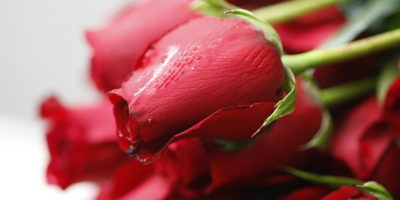