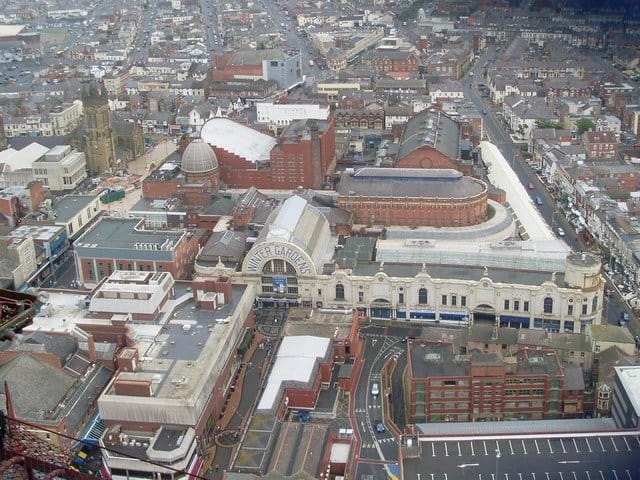 The Winter Gardens is a large entertainment complex in Blackpool, Lancashire, England.

It includes a theatre, ballroom and conference facilities. It was opened in 1878 and is a grade II listed building operated by Blackpool Entertainment Company Limited.

The Blackpool Council purchased from Leisure Parcs Ltd as part of a 40 million euros deal in 2010.

It hosted the annual conferences of British political parties and trade unions, its owners claim that every World War II has addressed an audience at the venue.

The Winter Gardens hosted the Blackpool Dance Festival since its inception in 1920. In 1994, the World Matchplay Darts tournament, as well as the annual dance competitions Miss Dance of Great Britain and Dance Master UK, are hosted there annually.

2. History Of The Gardens 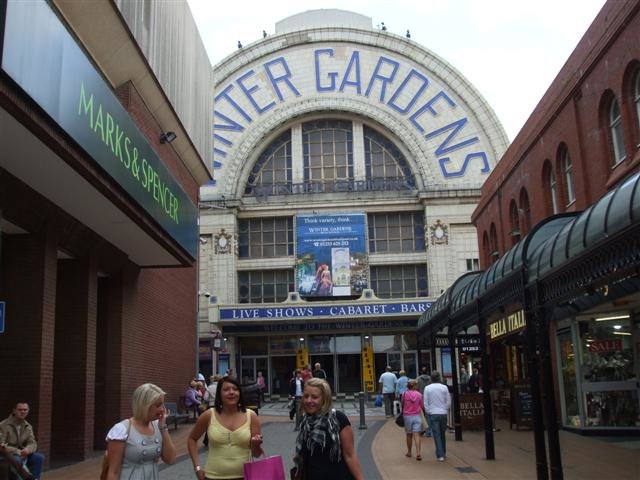 The company’s original intention with the place was to place a concert room, promenades, conversations, and other accessories which were calculated to convert the estate into a pleasant lounge.

In the 1870s, the Vestibule, Floral Hall, Ambulatory, and Pavillion Theatre were all built. The Opera House Theatre was opened in 1889.

In 1896 The Emperess Ballroom together with the Indian Lounge which is now the Arena. The long-gone Blackpool Ferris wheel was erected in the same year. In 1928, the ownership of the complex changed the Opera House.

This happened when the Winter Gardens Company was taken over by the Tower Company.

3. Location Of The Winter Gardens 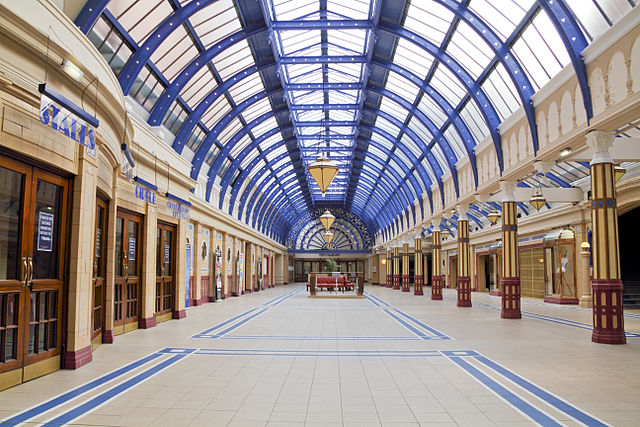 It is located in Blackpool’s town center about 250 meters from the seafront. The northwest corner is separated by a road serving the stage door of the theatres.

The west side accommodates a few small shops all with the same architectural styling as the main building. The complex is bounded by roads on all sides these are Church street, Leopold Grove, Adelaide Streer, and Coronation Street. 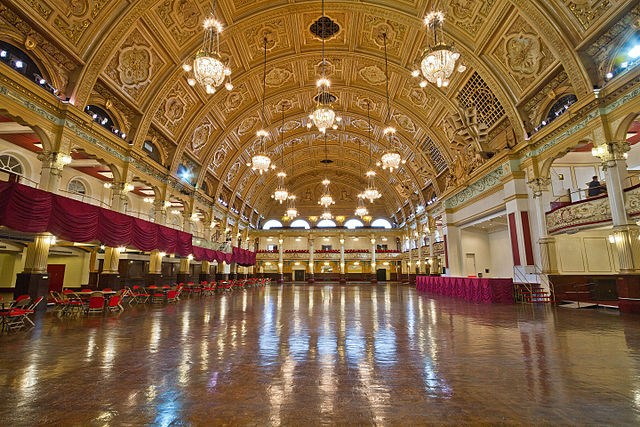 Opera House Theatre has 3000 seats making it one of the largest theatres in the United Kingdom.

The original building was completed in 1889, it was designed by the theatre architect Frank Matcham. He also designed the nearby Grand Theatre and the Tower Ballroom.

It had 2,500 seats, so in 1910 the theatre was closed for reconstruction because the seating was deemed insufficient. In 2009, the Opera House lent its stage again to the Royal Variety Performance.

The theatre has hosted many theatrical performances from a variety of shows to music concerts. The current capacity is 2,813

The ballroom has hosted quite a number of special occasions and events that gained fame and built a name for it.

However, in the late 1970s some of the floor space was to be reduced due to its over-capacity thus it was renamed ‘The Stardust Garden’ which was intended to function as a nightclub.

The ballroom has hosted bands like the Beatles, Radiohead, Slash, and The White Stripes.

It was built as a promenade pavilion in 1878. It was heavily altered in 1897 when the floor was lowered and tilted towards the stage.

While in the 1930s, it was used as a cinema showing ‘talkies’. However, the cinema ceased operation and Pavillion was later used for concerts & shows until it was refurbished in the 1990s.

The backstage was converted into a restaurant and the seating area has been taken into the Horseshoe as an Exhibition space.

The theatre now has a capacity of 600 and is situated in the center of Horsehoe a semi-circular promenade that provides a spacious self-contained exhibition area.

It was built in 1896 and it was originally known as the Indian Lounge. The interior design is created by J.M Boekbinder. It was however remodeled as the Planet Room,  a cabaret bar in 1964.

In the 1980s, it was revamped to a Roman style thus the name. The Arena is now used in its own right for meetings, banquets, and presentations. Sometimes it’s used as an extension space for the Empress Ballroom with a capacity of 220 to 600. 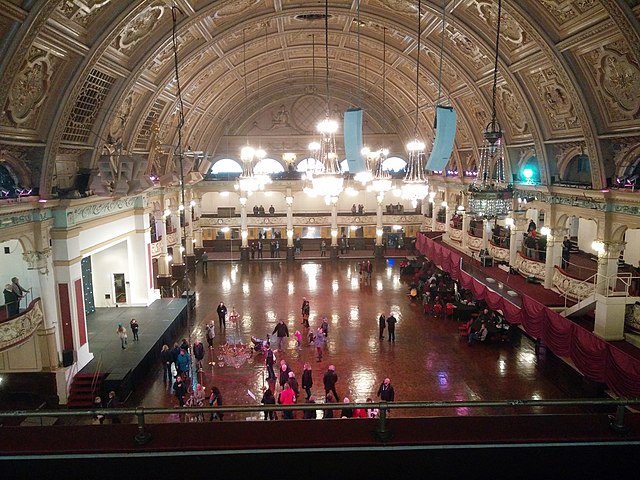 It was later used as a funfair until the 1980s, this was when it adopted a more modern indoor adventure playground. It covers 2,600 square meters and is now used for exhibitions and trade shows with a capacity of 3,500. 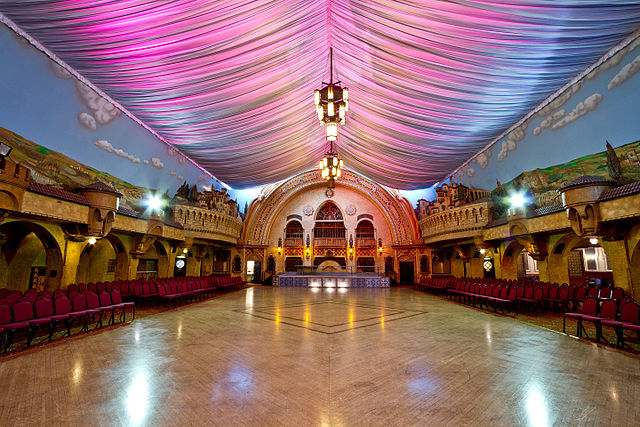 These two halls are large representations of clustered Spanish villages. It was designed by Andrew Mazzei.

It has undergone a refurbishment worth one million, the space is now used for wedding receptions and banquets. It has its own adjacent bar and has a capacity of 1,000 people.

The Baronial Hall was added in 1931 and is designed as a medieval castle. It’s quite small compared to the Spanish Hall with a capacity of 300 people. It has the same functions as the Spanish Hall.

It was added in 1931 with a period-style design. It is used as a high-class restaurant and cocktail bar and has a capacity of 275 people. It is smaller than the Spanish Hall and Baronial Hall.

All in All, the winter gardens offer elegance and refinement. With concerts and shows all held there, the place seems like a gateway dreamland.

It hosts wedding receptions and banquets, the Winter Gardens opens your world to opportunities that are memorable yet magical.

This place is advisable for a holiday visit with friends or family on an open sunny day where people can enjoy the beauty.

It is more important to note in the place is the beautiful ballroom and the magnificent halls for a those who wish to host a party. A wedding or engagement party or even a birthday party could be beautiful if held here.