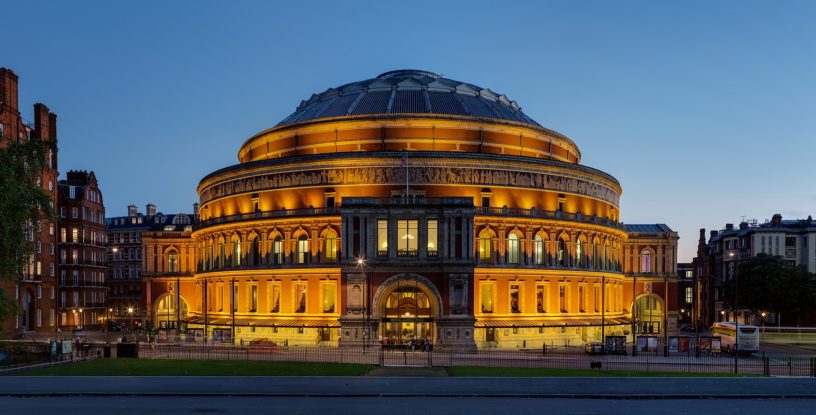 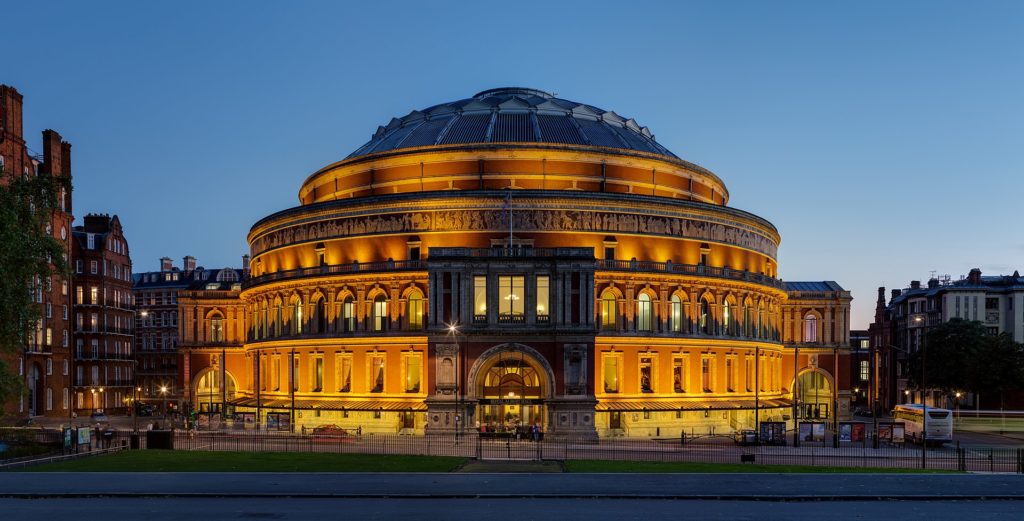 The Royal Albert Hall is a historic landmark building that is on the northern edge of South Kensington in the city of London.

It was opened in 1871 by Queen Victoria who at the time said it reminded her of the British Constitution. The official welcoming speech during the opening was given by her eldest son Edward- the Prince of Wales.

Named in memory of the queen’s husband Prince Albert who had passed on ten years before its opening, the domed structure sits adjacent to the Albert Memorial in Hyde Park.

The red-brick auditorium has survived two World Wars and has played host to countless concerts, award ceremonies, and banquets.

1. Making of The Hall

Prince Albert, the Prince Consort, organized a successful public benefit exhibition in 1851 that was held in London’s Hyde Park. He then proposed the creation of a group of permanent facilities for the event known as Albertopolis.

The proposal was approved and the site was purchased with some of the profits from the Exhibition. The project took off slowly and sadly Prince Albert passed on without having seen his ideas come to life. In his honour, a memorial was created at Hyde Park and the Great Hall just opposite.

The hall’s foundation stone was laid in 1867 and the designers were heavily influenced by ancient amphitheaters. The Hall was constructed mainly of Fareham Red brick with terra cotta block decoration. 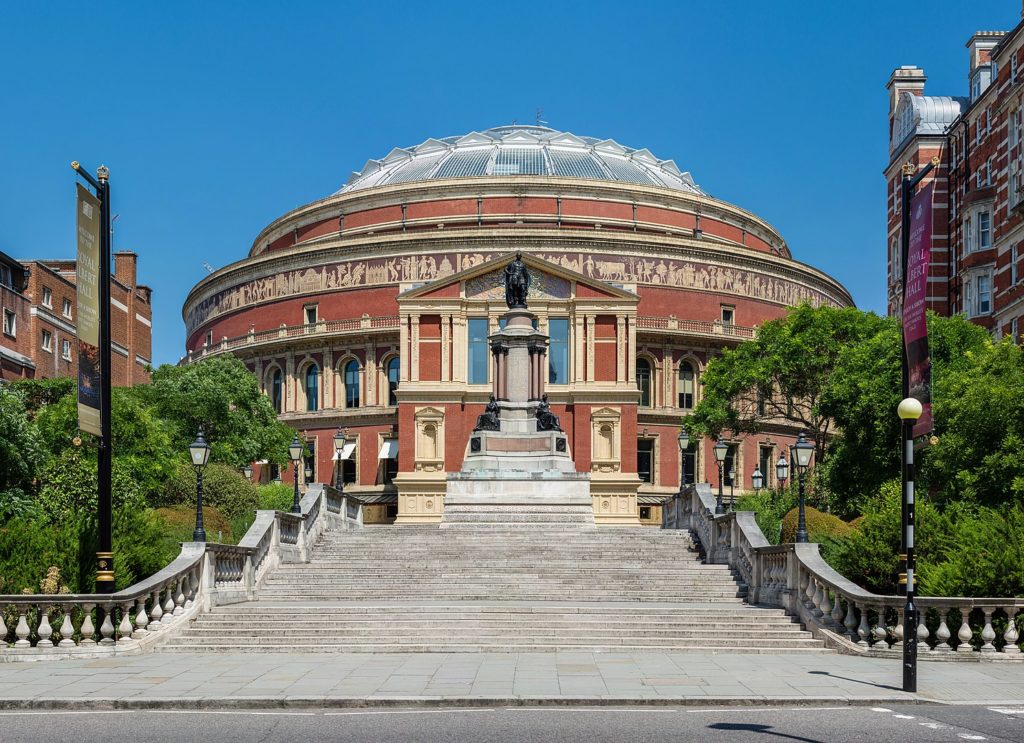 The Hall from Prince Consort Road. Photo By Diliff – Wikimedia

It was created in Manchester, disassembled, and then transported to London where it was reassembled and placed on top of the concert hall with nothing holding it onto the building.

The heavy roof made the building sink into the ground by almost a centimeter. The doom is strong enough to hold up to 158 Tonnes of snow which is the same weight as a blue whale.

3. The Shape Made It Survive the War

The Royal Albert Hall suffered minor damage from a World War II bomb blast in October 1942. In general, the distinctive structure was left mostly untouched as German bomber pilots used it as a landmark. 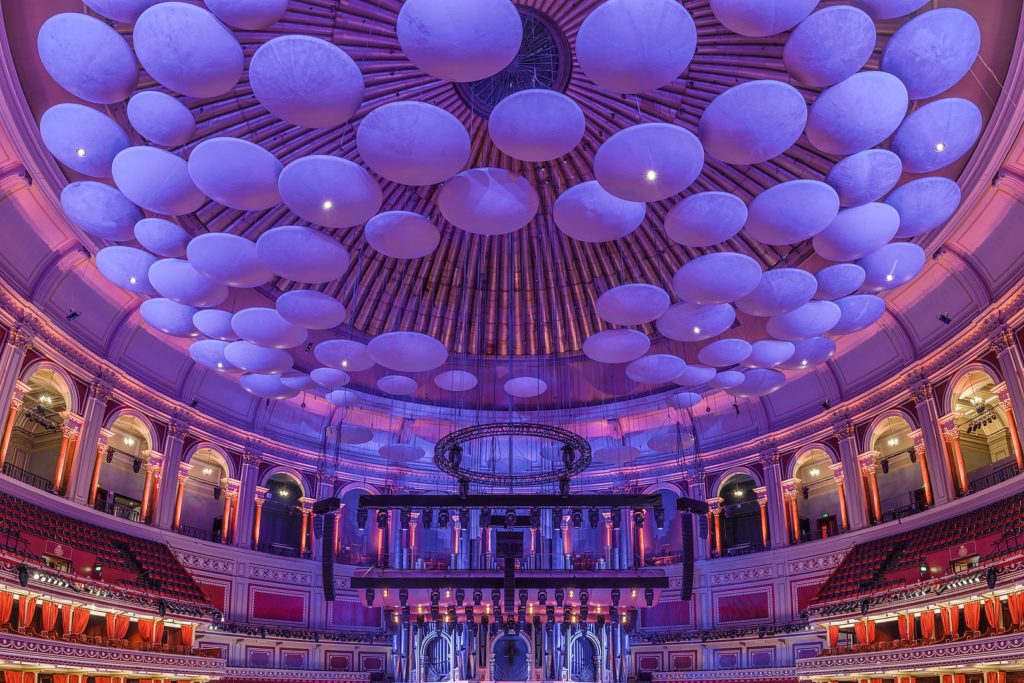 Acoustic diffusing discs (lit in purple/blue) hanging from the roof of the Hall. Photo By ©User: Colin –Wikimedia

The Hall’s acoustic problems became apparent during concerts. A canvas awning was installed below the dome to reduce the echo. It didn’t help much but it sheltered concert-goers from the sun.

Years later, the canvas was removed and replaced with fluted aluminum panels below the glass roof but the problem persisted. The strong echo was cured in 1969 when large fiberglass acoustic diffusing discs that resemble mushrooms or flying saucers were installed below the ceiling. 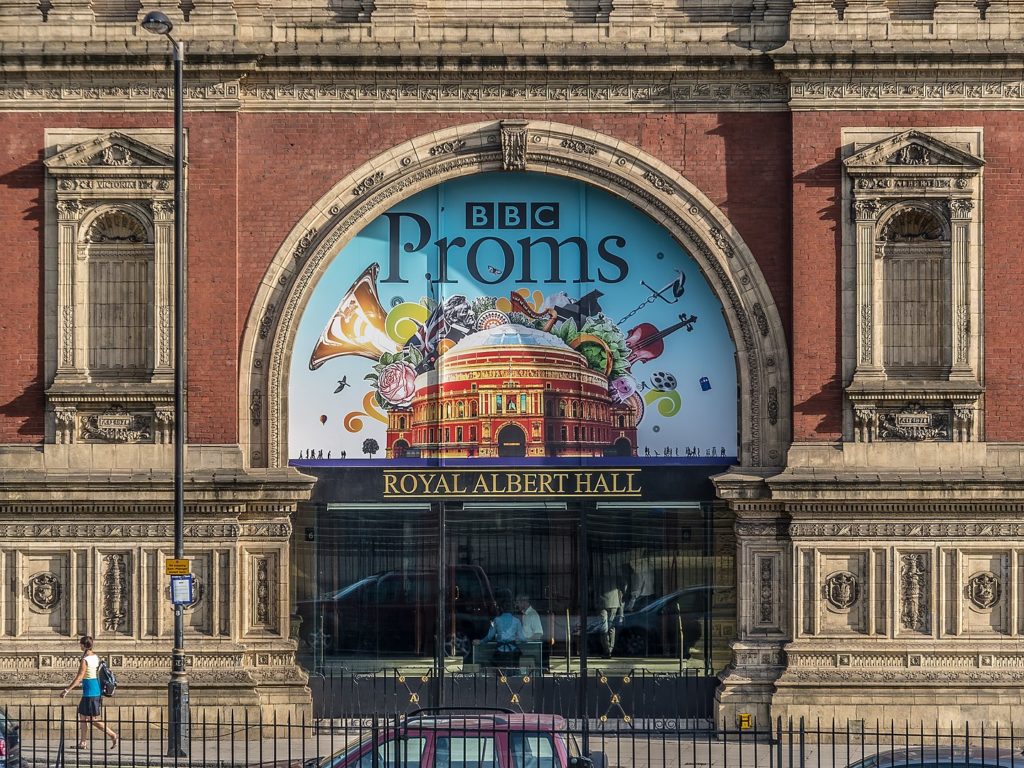 The prom is an eight-week summer season of daily orchestral classical music concerts and other events held annually, predominantly in the Royal Albert Hall in central London since 1941.

It was rebuilt severally, the last time being in 2002. The current instrument has 147 stops and 9,997 speaking pipes, making it the second-largest of its type in England the largest being one in Liverpool Cathedral which has 10,268 pipes.

The hall has two huge water tanks containing 4,000 gallons of water each. This water is used for shows that require the floor of the performance area to be flooded. A good example is the performance of Madam Butterfly.

The hall’s loading bay is an art gallery. The walls are an urban canvas featuring an array of famous faces who’ve performed at the venue thanks to the skills of street art collective The Daydream Network. That hidden space has also hosted poetry slams, silent discos, and Chess boxing.

In 1916 when it was originally built, her Majesty’s royal toilet was part of a private entrance and staircase leading directly to the royals’ retiring room and the adjoining Royal Box.

To keep the VVIPs from becoming separated, it was moved into the retiring room in 1932 and updated in the 1990s.

9. The Hall is Ever Busy 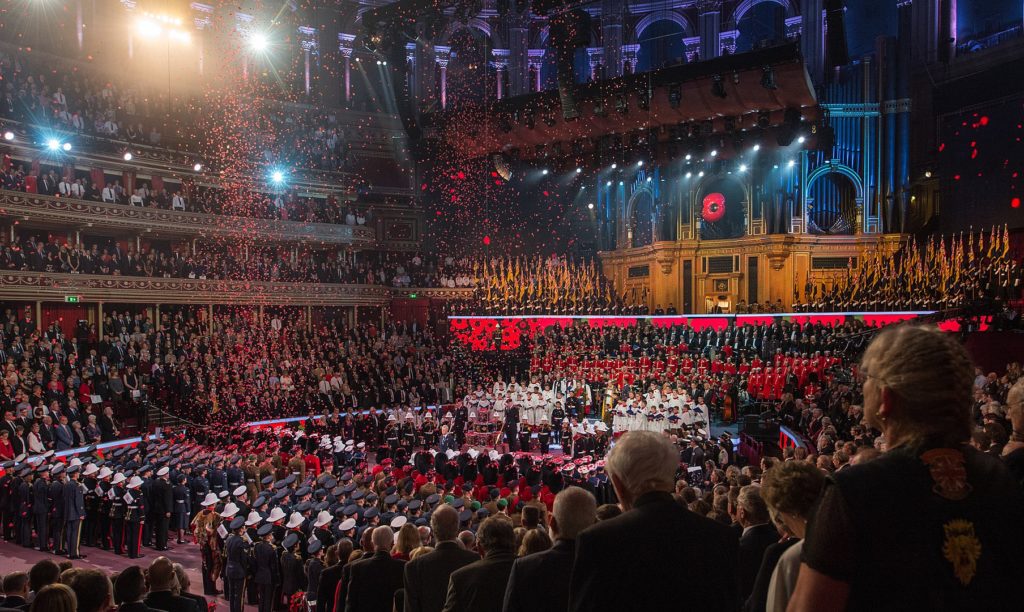 It’s also used for community and school events like graduations. It can seat more than 5,200 people which is less than when it first opened.

It was originally designed to accommodate up to 8,000 people but changes to the layout, seating and safety requirements have caused the maximum capacity to decrease over the years.

The hall offers guided tours. The 1-hour Grand Tour takes place several times a day and provides access to the gallery, the auditorium, and the Royal Retiring Room.

Themed tours are also available. These include architectural tours and secret history tours that take place on select dates.

Packages that include a guided tour, as well as afternoon tea or a meal at the on-site Verdi Restaurant, are also available.

Because of its royal connections, Royal Albert Hall is a frequent inclusion on royal-themed sightseeing tours of London, as are other royal attractions such as Westminster Abbey, Buckingham Palace, and Kensington Palace.

Food and drink may not be brought into the building. It is against the law to smoke in the Hall. The use of e-cigarettes is also prohibited.

For most events at the Royal Albert Hall, there is no dress code. If an event has a specific dress code for an event, it is usually specified in the posters and tickets.