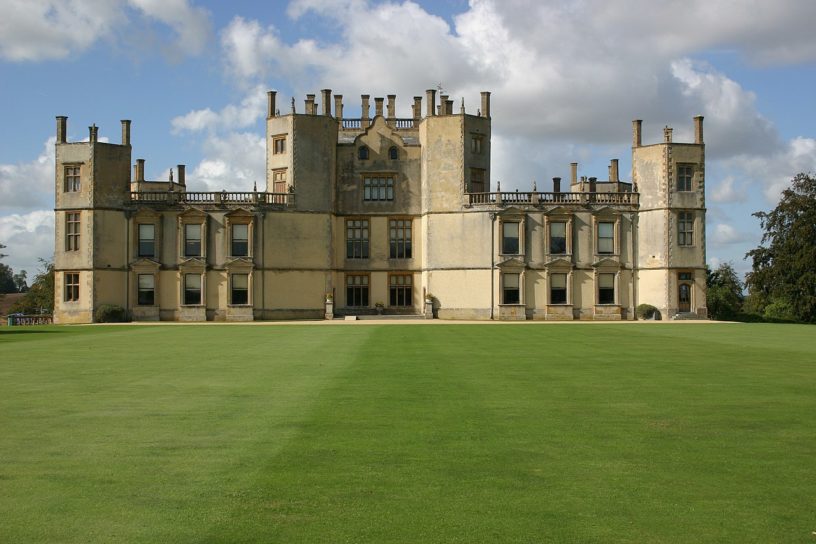 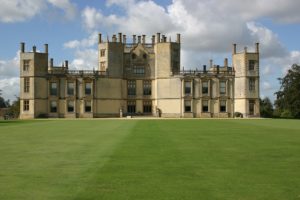 Built in the early 12th century with a tower in each corner and a mid-12th-century tower keep it was used as a palace. It fell into decay and was largely demolished after a long siege during the Civil War. A new mansion (castle) was erected close by Sir Walter Raleigh who had been given the Sherborne estates and castle in the 16th century. It was extended in the early 17th century and has remained in the ownership of the same family ever since.

Originally a fortified bishop’s palace, Sherborne Old Castle became the home of Sir Walter Ralegh. Later a powerful Royalist base, saw fierce fighting during the civil war, Described by Sir Oliver Cromwell as ‘Malicious and Mischievous’ it finally fell in 1645.

The castle grounds today with their picturesque views across the surrounding countryside are a haven for wildlife and flowers, Keep an eye out for ‘Lady Betty’s Pinks’ flowering on the grounds during July and August, locally named after Sir Walter Ralegh’s wife, Elizabeth.

1. Sir Walter Raleigh fell in love with Sherborne Old Castle when he was passing through on his way to Plymouth. Queen Elizabeth leased it to him in 1592.

Rather than living in the castle, Raleigh decided to build Sherborne Lodge, a four-storey rectangular building that was completed in 1594. When Raleigh was later imprisoned in the tower, King James sold the estate to Sir John Digby, the first Earl of Bristol, who expanded the original lodge into the Tudor mansion that is now known as Sherborne Castle.

2. Sherborne Old Castle withstood two sieges during the civil war but was forced to surrender in 1645. 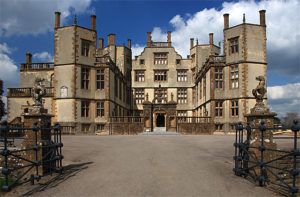 General Fairfax dismantled the castle’s defences and it fell into disrepair. The ruins, now owned by English Heritage, are impressive. The southwest gatehouse and parts of the original castle, including the Great Tower and the North Range, survived and can be seen close up from a pleasant grassy area with picnic benches and a small shop selling ice creams and soft drinks. Access to Sherborne Old Castle is via an atmospheric sloping timber bridge.

A residence of the Bishop of Salisbury for half its history, this castle has been home to kings, earls, sheriffs and courtiers and is reputed to be where the Exchequer system was invented. Walk the grounds today and you can see evidence of its previous grandeur in the remains of the Great Tower, Chapels and the South West Gatehouse as well as the foundations of the Great Hall and West Range.

The South West Gatehouse was built to impress as well as deter enemies by the Bishop of Salisbury, King Henry I’s Chancellor and most senior advisor. Today visitors still cross over the moat using a wooden bridge to enter the castle, just as they would have done centuries ago. Look up as you do so to see the remains of the 16th-century rooms.

The North West Gatehouse, built to control access from the nearby village withstood the force of a Parliamentarian attack before surrendering after the outer courtyard was breached in 1645.

5. Sherborne Old Castle is not to be confused with Sherborne Castle. 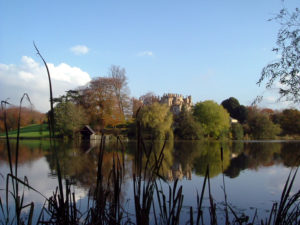 Both are on the grounds of the fifteen thousand acre Digby estate, located southeast of Sherborne. Sherborne Castle is a sixteenth-century Tudor mansion, however, while Sherborne Old Castle is the ruin of a castle that was built as a fortified palace for Roger de Caen, Bishop of Salisbury and Chancellor of England in the twelfth century.

Once dominating the whole castleParliamentarian forces deliberately destroyed the upper parts of the Great Towers after the Civil War. Originally entered only at the first-floor level via an external stair, it was remodelled to add vaulted ceilings over the basement and you can still see the column added by Sir Walter Ralegh to support these ceilings in 1592. Discover more in the guidebook. 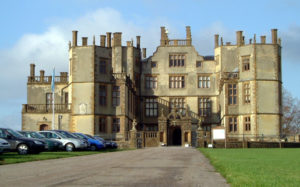 Sir Walter Ralegh was a scholar, courtier and adventurer whose fortunes relied entirely on Queen Elizabeth I. His popularity with her brought him a knighthood, captaincy of her guard and the lease for the castle at Sherborne. Plans to transform it into a fashionable mansion never came to fruition due to his financial ruin in search of Eldorado. The castle was returned to the Crown in 1603 and in 1617 it was sold to Sir John Digby.

8. There are numerous other tourist attractions surrounding the castle

Located 1.05 kilometres from Sherborne Old Castle is Sherborne Abbey. A Church of England in Sherborne the English county of Dorset. It has been a Saxon cathedral (705–1075), a Benedictine abbey church (998–1539), and since 1539, a parish church. It is one of the county’s finest medieval buildings. The first church here was established in the 8th century as part of a Saxon abbey. Of that Saxon building little remains beyond a doorway. It was one of the main religious buildings and also a tourist attraction too.

9. The well and kitchen courtyard

Walk over to the well on the eastern side of the castle grounds and you are on the site of the Kitchen Courtyard, originally built in the Middle Ages and then extended in later centuries. The kitchen would have been separate from the main castle buildings due to the risk of fire but would have provided meals for all of the residents and guests at the castle.

When the Bishop planned his castle, the lake surrounding the hill provided a means to bring in goods via a lakeside wharf and up a steep flight of steps. As the lake silted up, a fortified tower and a narrow, high-walled ramp were added. Today you can see the remains of this gatehouse and walk down the steps to imagine what was once a busy landing port.