Top 10 Facts About The White Cliffs of Dover 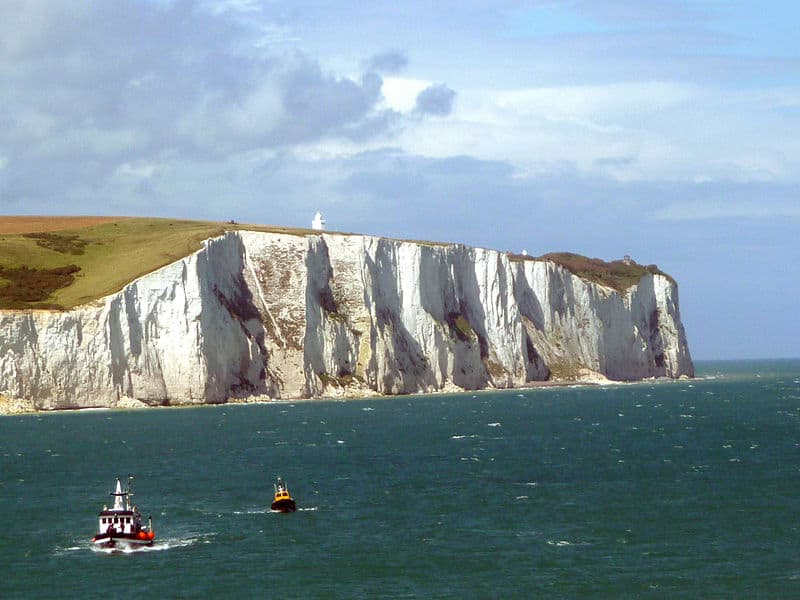 Top 10 Facts About The White Cliffs of Dover

Nature has a way of surprising us with the exceptional things in its makings. The White Cliffs of Dover are one such surprise. This is an 8 mile and 110 meters high chalk-like façade, a result of ice- age floods. The Cliffs are located in England and are part of the beautiful Coastline of Kent.

1. The White Cliffs of Dover are sometimes confused for Seven Sisters Cliff 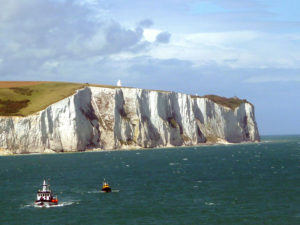 You may have already caught a glimpse of the famous and globally recognized White Cliffs of Dover, only you may actually have been looking at the Seven Sisters Cliffs! The two are almost similar, but the Seven Sisters Cliff located in Sussex is smaller- difficult to assess when presented with the same white chalky exterior, especially in a motion picture.

2. The White Cliffs of Dover hide a series of tunnels 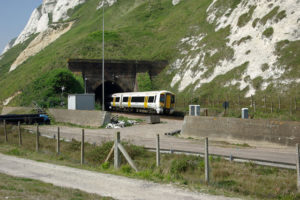 Should you explore the White Cliffs of Dover, be sure to find or ask to be taken to the series of tunnels hidden behind them! The tunnels were dug during the Napoleonic War and further enlarged.

Considered an impenetrable frontier, the White Cliffs of Dover garner a great deal of national pride. However, few people realize that hidden behind the rock face are a series of tunnels leading from Dover Castle, created during the Napoleonic War.

During World War II, the tunnels were enlarged and transformed into a secret network connected to Winston Churchill’s military headquarters.  A visit here may take you back years as your imagination takes you away to the tunnels in use quite literally.

The tunnel was used to store gun battery, and they also had sound mirrors used as an early warning system to detect incoming enemy aircraft. Some great medieval strategies right there.

3. The White Cliffs of Dover were a symbol of peace 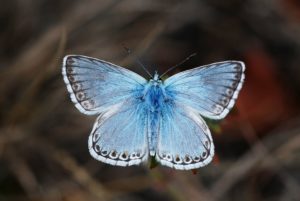 You will find a species of a blue butterfly species atop the White Cliffs of Dover. These have been made reference to, in Vera Lynn’s hit song, which was famous in the 1940s during the war. The song popularized the Cliffs- they became a symbol of peace.

Apart from the blue butterflies, there’s plenty more flora and fauna to see at the White Cliffs of Dover, such as jackdaw, peregrine falcon, swallows, house martins, and bluebirds. You’ll be glad you carried a good camera phone or an actual camera.

The Cliffs have been referred to by other artists such as guitarist Eric Johnson in his composition known as the Cliffs of Dover, which went on to win a Grammy! EPMD had the White Cliffs of Dover as their reference for their 1992 hits, “the Crossover.” 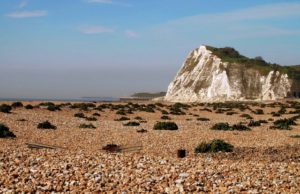 The White Cliffs of Dover have outcrops, one of which is called Shakespeare cliff, after the renowned author Shakespeare who is said to have been inspired by the cliffs, particularly for his work, “King Lear”.

Whether it’s the terrain with its flora and fauna, the chalky façade or the coastline, the White Cliffs of Dover seem to have the magic a writer needs.

5. The White Cliffs of Dover are home to Exmoor Ponies 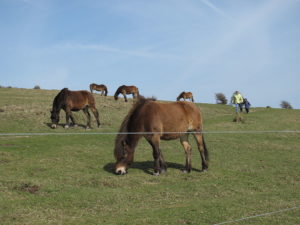 Exmoor Pony herds dot the White Cliffs of Dover and do a great job at trimming the grass, thistles, and hawthorn on the Cliff. Exmoor Ponies are free-roaming and largely self- sufficient animals and one of the oldest known pony breeds.

6. Two shipwrecks are visible at the White Cliffs of Dover 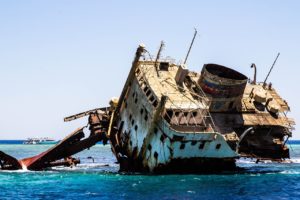 A walk on top of the White Cliffs of Dover will give you a bird’s eye view of two shipwrecks- that of the SS Falcon and Preuβen.

SS Falcon, an iron-screw steamer was ferrying hemp and matches and caught fire in 1926, while Preuβen crashed into another ship, RMS Brighton in 1910 due to a miscalculation. Shipwrecks are exciting and may make one travel back in time with imaginations of the ships’ occupants and their fate-  time capsule kind of flashback. 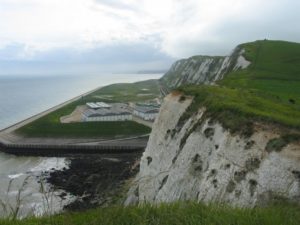 Samphire Hoe is named after the wild plant rock samphire found in the Dover cliffs, and once served as a dish! The name is joined to ‘hoe’ which simply means a piece of land sticking out to sea. The place has plenty of activities you could indulge in as well as plenty to see. You’ll be spoilt for choice between fishing, rock- pulling, cycling, bird and wildlife watching or simply taking a walk.

8. The White Cliffs of Dover is facing extinction 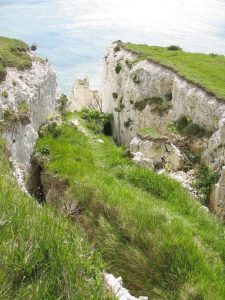 It’s a shame that such a spectacular piece of nature may become extinct- some generations may only see the White Cliffs of Dover in pictures! A giant chunk fell off the cliff in 2013, while in 2001, a chunk as large as a football field apparently fell off! It is more worrying that the erosion is taking place at a rate faster than what has been in the past few thousand years.

White Cliffs of Dovers’ erosion is attributed to changes in storm intensity. Climate changes also bring about higher sea levels and fiercer waves making for worse erosion in the near future. As with most problems of nature, human interference is a factor- human mismanagement of the coastline is also contributing to the erosion.

9. Fossils wash up at the White Cliffs of Dover 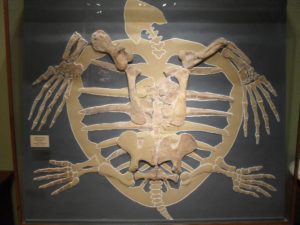 If you have a paleontological streak, you will be thrilled to discover some fossils at the white cliffs of Dover. These are not just any random fossils but some sea life that have been extinct since the Cretaceous period, and show up at the White Cliffs of Dover.

Imagine fossils of shark teeth, sea urchins, ventriculites and sponges, as well as that of species such as large pectens, palatal teeth oysters, ammonites, saurians, and brain corals. Some ‘collectibles’ these are!

The White Cliffs of Dover delayed the Roman Invasion of Britain. With the elevation of the cliff, anyone approaching Britain from this route would have been exposed and vulnerable. This is what Julius Ceaser and his troops encountered when they sought to invade Britain.

When looking for a place to land, Julius Ceaser apparently saw soldiers all-round the hills and was forced to retreat as he was thoroughly exposed- he found the White Cliffs of Dover unsuitable for landing.

The beauty and charm of the White Cliffs of Dover make the many invasion attempts it has suffered throughout their history understandably. Their location and proximity to Continental Europe are also desirable. The Cliffs are spectacular and a must-see. Arm yourself with a good pair of shoes and layer up as the weather there can change, and go on to discover the White Cliffs of Dover.