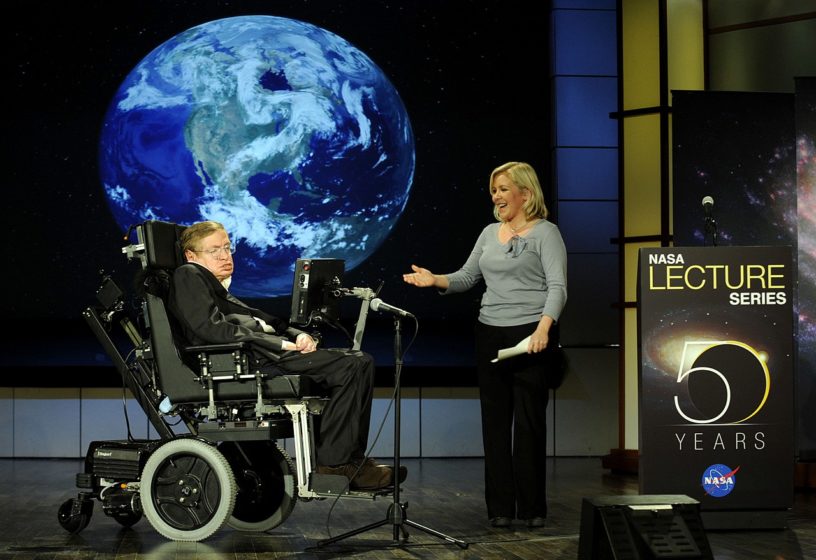 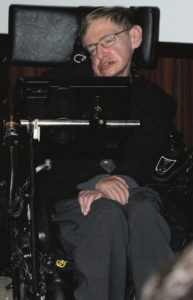 Stephen William Hawking was born on 8th January 1942 in England. His life led him to a career in theoretical physics, cosmology, and writing books as a director of research at the Centre for Theoretical Cosmology at the University of Cambridge. He was also the Lucasian Professor of Mathematics at the University of Cambridge. Hawking achieved commercial success with several works of popular science in which he discusses his theories and cosmology in general. Stephen Hawking is famous for many things; let’s take a look at the top 10 facts about Stephen Hawking as we get to know more about this renowned scholar.

1. He was a chip off the old block

Stephen was born in Oxford to Frank and Isobel Eileen Hawking. Despite their families’ financial constraints, both parents attended the University of Oxford, where Frank read medicine and Isobel read Philosophy, Politics and Economics. Isobel worked as a secretary for a medical research institute, and Frank was a medical researcher.

In 1950, when Hawking’s father became head of the division of parasitology at the National Institute for Medical Research, the family moved to St Albans, Hertfordshire. In St Albans, the family was considered highly intelligent and somewhat eccentric; meals were often spent with each person silently reading a book.

Stephen Hawkins was undoubtedly smart and began showing signs of his brilliance at a young age. When he was a teenager, Stephen and his friends built a computer out of old clock parts, telephone switchboards and other recycled items. His friends even nicknamed him, ‘Einstein‘. Stephen went to Oxford University to study physics and chemistry. He later said that he found his first year very boring! After graduating from Oxford, he went to Cambridge University to further his studies in cosmology (the science of the origin of the universe).

3. He was diagnosed with ALS

Hawking was diagnosed with amyotrophic lateral sclerosis (ALS), or Lou Gehrig’s disease when he was 21 years old. ALS is a disease that affects the nerve cells involved involuntary muscle movement, decreasing a person’s ability to move and speak over time. Usually, symptoms develop after the age of 50 years and lead to death within a few months or years.

When doctors diagnosed Hawking with ALS at the extremely young age of 21, it was predicted that he would only live a couple of years. However, Hawkins beat the odds and lived for over 50 more years.

He was once quoted saying, “The human race,” he said, “is so puny compared to the universe that being disabled is not of much cosmic significance.”

4. He always made the most of his disability 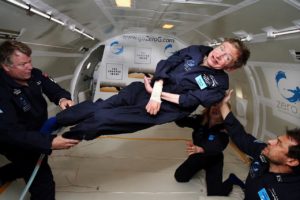 Soon after his diagnosis in the 60s, Hawkins began using crutches. He resisted transitioning to a wheelchair but when it could not be put off further, he made the most of it. He was reportedly a pretty wild driver. Kristine M. Larsen, a professor of astronomy at Central Connecticut State University and author of Stephen Hawking: A Biography gave us a deeper look into his habits. “He definitely liked to dance in his wheelchair on the dance floor,” she says. “I remember seeing him wiz through conferences in his wheelchair.” After one incident where he crashed his wheelchair and broke his hip, he also joked “about being a bad driver.”

Hawking is known for his theoretical contributions to science. However, like any scientist, he didn’t always get everything right the first time. He had a reputation for placing and losing bets on scientific concepts.

In 1975, he bet physicist Kip Thorne a Penthouse subscription that an astronomical object known as Cygnus X-1 was not a black hole. Later, he also bet someone an encyclopedia over Hawking’s claim that information gets lost in black holes, and wagered $100 that no one would ever discover the Higgs boson. Unlucky to say, he lost all three of these wagers.

6. Hawkings was sceptical about A.I but used it himself

Hawking believed that developing better technology was imperative for humans’ survival. But he was also very concerned about the pursuit of artificial intelligence (A.I.)

“Alongside the benefits, A.I. will also bring dangers, like powerful autonomous weapons, or new ways for the few to oppress the many,” he said in 2014 at the launch for the Centre for the Future of Intelligence at Cambridge University.

The subject was personal for Hawking because, despite his fears about where A.I. would lead, he benefited greatly from advances in the field. Starting in 2008, Hawking communicated by tensing his cheek. Using technology that could detect these cheek movements, a machine learning algorithm translated these into sound, gradually getting better and quicker at translating as it learned from Hawking’s speech patterns.

Hawking met his future wife, Jane Wilde, at a party in 1962. The following year, Hawking was diagnosed with ALS. Aware of the potential challenges that lay ahead due to Hawking’s shortened life expectancy and physical limitations, the couple got engaged to marry in October 1964. Hawking later said that the engagement gave him “something to live for”. The two were married on 14 July 1965 in their shared hometown of St Albans.

However, their marriage a bit complicated. Jane took on the task of caring for her husband along with three children as Hawking refused to talk with her about his illness. She even went as far as describing him as “a child possessed of a massive and fractious ego.”

In the last years of his life, Hawking left Jane for his nurse, Elaine Mason, who became his second wife.

8. He received many awards 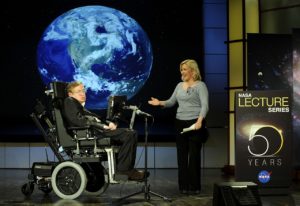 Stephen Hawkins received many awards for his work including the 1979 Albert Einstein Medal, the Order of the British Empire (Commander) in 1982 and the 1988 Wolf Prize in Physics.

9. His contribution to the world of Science

Stephen made many important contributions to the world of science. He developed theories about how the world began and furthered our understanding of black holes, stars and the universe.

10. He was a children’s book author 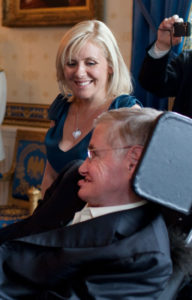 In addition to his many books for adults, Hawking wrote several children’s books with his daughter, Lucy, that merges science and adventure.

These books all focus on a young boy named George, who learns about the universe by travelling around it. In the book, ‘George and the Blue Moon’, George enters a Mars training program, “fighting for survival in what feels like the Hunger Games set on the red planet,” according to Hawking’s own description. Yes, Hawking knew about the Hunger Games, as well as a few other things the kids are into these days.

Hawking died in his home in Cambridge, England, on 14 March 2018, at the age of 76. His family reported that he “died peacefully.

Now you know the top 10 facts about Stephen Hawkins. I hope you enjoyed reading this article.