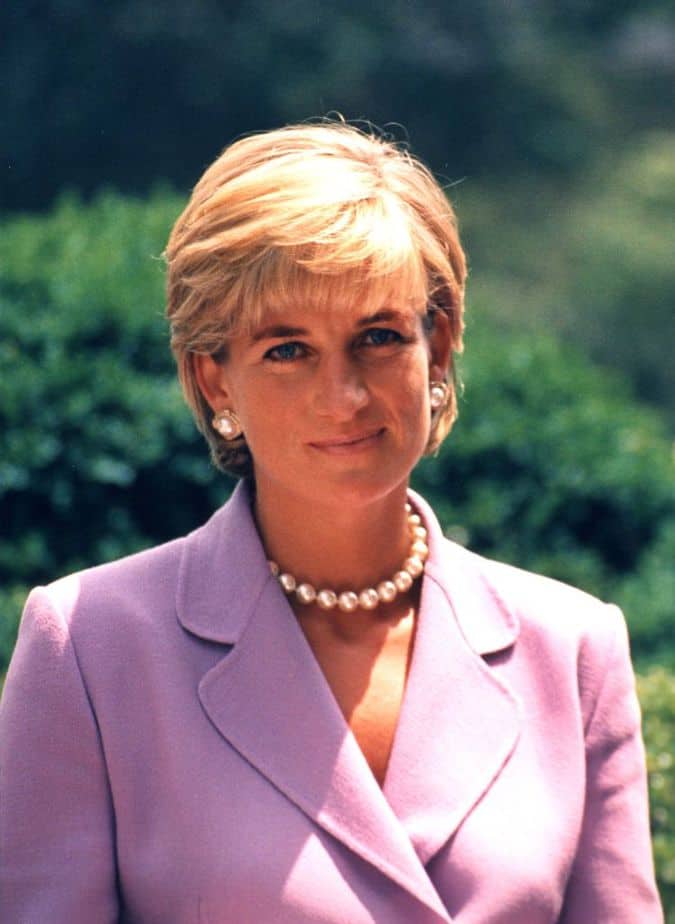 Princess Diana, Princess of Wales, in 1996 in Washington DC. Diana died in Paris in a spectacular car crash in 1997. This photo was on the cover of US news magazine and was the best selling issue in 70 years. Source: Wikipedia 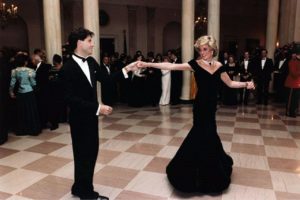 Diana, Princess of Wales, was a member of the British royal family. She came to prominence in 1981 upon her engagement to Prince Charles, the eldest son of Queen Elizabeth II, after a brief courtship. Their wedding took place at St Paul’s Cathedral in 1981 and made her ‘Princess’, a responsibility in which she was excitedly welcomed by the public. As years went on, Diana’s need to effect change and her charm made her an international icon and earned her permanent fame as well as unprecedented public scrutiny, made worse by her chaotic private life. Let’s take a look at the top 10 facts about Princess Diana from her birth through to her passing on 31 August 1997.

Diana was the youngest daughter of John Edward John Spencer, Viscount Althorp, and Frances Ruth Burke Roche, Viscountess Althorp (later known as the Honorable Frances Shand Kydd). Princess Diana became Lady Diana Spencer after her father inherited the title of Earl Spencer in 1975. She also grew up close to the royal family on their Sandringham estate.  The estate stands on a 20,000-acre estate in the Norfolk Coast Area and is of exceptional innate splendour. The area is highly ranked on the Register of Historic Parks and Gardens.

Princess Diana’s parents divorced when Diana was young, and her father won custody of her and her siblings. The Princess of Wales had two elder sisters, Lady Jane Fellowes (now, Baroness Fellowes) and Lady Sarah McCorquodale. She also had older brothers, John Spencer, the 8th Earl Spencer and Charles Spencer, the 9th Earl Spencer. 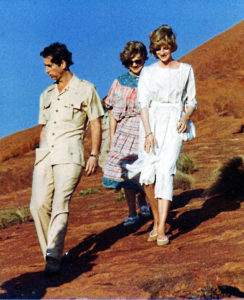 Diana began dating Prince Charles, heir to the British throne, who was 13 years her senior, in 1977. The couple first met when Diana was a child and reportedly played with Charles’s younger siblings, Prince Andrew and Prince Edward, while her family rented Park House, an estate owned by Queen Elizabeth II.

Charles was usually the subject of media attention, and his courtship of Diana was no exception. The journalists and the community were enthralled by this ostensibly peculiar couple.

On February 6, 1981, Prince Charles popped the big question to Diana with an 18 karat white gold ring topped with a 12-carat oval Ceylon sapphire bounded by 14 solitaire diamonds. It was made by the crown jeweller Garrard and reportedly enthused by a brooch created in 1840 for Prince Albert as a wedding gift for Queen Victoria. The ring allegedly cost the Prince of Wales £28,000 at the time. Upon her passing, the ring was passed down to her eldest son who proposed with it.

5. She was married at the St. Paul’s Cathedral 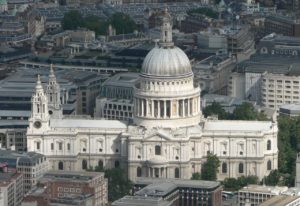 Diana Spencer was now Diana, Princes on Wales, as of July 29, 1981. This was solemnized with a wedding that took place at St. Paul’s Cathedral in the presence of 2,650 guests.

Diana’s wedding gown was a show stopper. A taffeta wedding dress made with silk and antique lace adorned with 10,000 pearls. It was a David and Elizabeth Emanuel creation. To top it off she had atop her head an 18th-century Spencer family tiara with a 25-foot veil. You can imagine the size of it all, she could barely fit in the carriage and it took her 3 and a half minutes to walk down the aisle. The auspicious event was broadcast all around the world and was dubbed the wedding of the century.

On 5 November 1981, the Princess’s pregnancy was officially announced. In February 1982, pictures of a pregnant Diana in a bikini while on vacation were published in the media. This did not please the queen as she later released a statement calling it “the blackest day in the history of British journalism.” On 21 June 1982, the Princess gave birth to the couple’s first son, Prince William Arthur Philip Louis. The couple had their second son, Prince Henry Charles Albert David, known widely as “Prince Harry”, shortly after on 15 September 1984. Diana loved her sons; she gave them wider experiences than was usual for royal children. She chose their first given names, selected their schools and clothing, planned their outings, and took them to school herself as often as her schedule permitted, often organizing her public duties around their timetables. Now, the boys are men and have taken up the titles of Duke of Cambridge and Duke of Sussex respectively.

The Prince and Princess of Wales became estranged over the years. It is told that Diana struggled with depression and bulimia and there were also rumours of infidelity from both parties.

Diana’s separation from Charles was announced in December 1992 by British Prime Minister John Major. He did so through a statement from the royal family to the House of Commons. Their divorce was finalized in August 1996.

The Princess developed a passionate interest in severe illnesses and health-related matters outside the scope of customary royal involvement, including AIDS and leprosy. Diana’s widespread charity work also included campaigning for animal protection and fighting against the use of landmines. She was the patroness of charities and organizations who worked with the dispossessed, youth, drug addicts, and the elderly. From 1989, she was head of Great Ormond Street Hospital for Children. She was a patron of the Natural History Museum and head of the Royal Academy of Music. From 1984 to 1996, she was head of Barnardo’s, a charity founded by Dr Thomas John Barnardo in 1866 to care for vulnerable children and young people. In 1988, she became a patron of the British Red Cross and supported its organizations in other countries such as Australia and Canada. These were just but a few of her endeavours, the Princess was truly passionate and befitting of the title, ‘People’s Princess’.

Diana dated the British-Pakistani heart surgeon Hasnat Khan. Khan was intensely private and the relationship was conducted in secrecy. Their relationship lasted almost two years with differing accounts of who ended it. However, according to Khan’s testimonial at the inquest for her death, it was Diana who ended their relationship in the summer of 1997.

That summer, Diana had considered taking her sons on a holiday to the Hamptons in Long Island, New York, but security officials had prevented it.  She later accepted Fayed’s invitation to join his family in the south of France, where his compound and large security detail would not cause concern to the Royal Protection squad. Mohamed Al-Fayed bought the’ Jonikal’, a 60-metre multimillion-pound yacht on which to entertain Diana and her sons. Shortly after, Diana began a relationship with Dodi Fayed, the son of her summer host, Mohamed Al-Fayed. 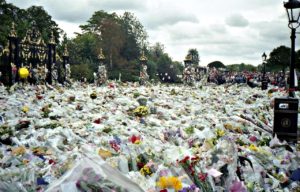 On 31 August 1997, Diana died in a car crash in the Pont de l’Alma tunnel in Paris. It was later recorded in the post mortem that the cause was the driver’s error.  The crash resulted in the deaths of her love interest, Dodi Fayed, and the driver, Henri Paul, who was the acting security manager of the Hôtel Ritz Paris at the time. Diana’s bodyguard, Trevor Rees-Jones, survived the crash.

Queen Elizabeth II honoured her in a live television broadcast whose audience peaked at 32.10 million. Her funeral registered one of the United Kingdom’s highest viewed figures ever. Diana’s funeral took place in Westminster Abbey on 6 September. The sudden and unexpected death of an extraordinarily popular royal figure brought statements from senior figures worldwide and many tributes by members of the public. People left public offerings of flowers, candles, cards, and personal messages outside Kensington Palace for many months. Lord Spencer said of his sister, “She proved in the last year that she needed no royal title to continue to generate her particular brand of magic.”

Now you know the top ten facts about Princess Diana. I hope you enjoyed reading this article.