Charlie Chaplin is a comedy legend known for his silent films. Charlie Chaplin’s legacy and impact on cinema cannot be overstated. His contribution to the medium goes far beyond simply making people laugh. Several of his works often rank among the greatest films of all time. Today, classics like The Kid and City Lights still make audiences laugh just as hard as they cry during the more emotional moments.

As a tribute to this legend, the following ten entries will present lesser-known facts about Chaplin, ranging from his childhood to his elder years. Those not in the know may be unaware of the controversies surrounding him during certain periods of his life, but it Is better that people remember his movies more than his life story.

Here are some fun facts about the famous comic.

To say Chaplin had a rough childhood would be an understatement. He had no relationship with his father, who was also an entertainer, and the lack of financial support from him led to an impoverished upbringing. Several times he was sent to a workhouse, where people with no means could go for a place to sleep and work. When he was still young, his mother was institutionalized for psychosis, reportedly brought on by syphilis. She was in and out of facilities until 1905 when she was institutionalized for the last time until her death twenty-three years later. Had he not found performing, it’s hard to say if Chaplin would have risen above his station.

The Great Dictator is another notable project of Chaplin’s, but it was not without controversy. While the movie received several Academy Award nominations, including best picture, some didn’t like the director mixing his art with politics.

Particularly, the movie ends with a five-minute speech where Chaplin addresses the audience directly and pleads with them against fascism and nationalism. Part of his inspiration came from the parallels people drew between him and Hitler, especially their similar moustaches. The Nazi party also erroneously called Chaplin Jewish, which could have partly inspired the Jewish barber character in the film.

3.He Was An Accomplished Musician

Other than his prowess as a filmmaker, Chaplin was also a self-taught musician. As such, he strove for the best when it came to the music in his films. He composed most of the scores for his works, though he couldn’t read notation so he sought help from other composers in order to translate his ideas into written form. Because of this, some thought these composers should have received the majority of the credit, but most who worked insisted the final product was a result of his ideas. Some of the more pop-oriented tunes from his movies even became hits. 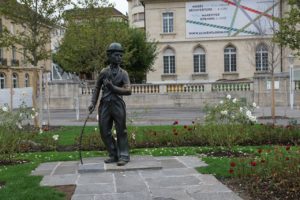 Sound was a revelation for the medium. But like all new technologies, some of the old guards were reluctant to embrace it. Chaplin was one filmmaker vehemently opposed to using sound and dialogue in his movies. As most of his comedy was pantomime, he felt it was unnecessary. He also bemoaned its technical limitations. City Lights was produced when sound had all but become the norm, and while it was a silent film, it still included sound effects. Despite his resistance towards the rising tide of talkies, the movie was a huge success and stands as one of his most celebrated works.

5.He once directed Marlon Brando

Iconic thespian Marlon Brando acted under Chaplin’s direction in Countess From Hong Kong from 1967. The actor was a huge fan and was thrilled for the opportunity to work with him. Unfortunately, the shoot destroyed his image of the director and strained their relationship.

Brando later called Chaplin “sadistic” and Chaplin didn’t have the kindest words for Marlon, either. Given their reputations, it’s not surprising they clashed on set. The movie ended up getting a poor reception by critics which translated to a low box office intake.

6.He Was A Perfectionist

This is perhaps the most well-known characteristic of the English filmmaker. His movies weren’t masterpieces by coincidence. Chaplin meticulously planned every detail until it felt perfect, and then shot countless takes. He expected the same dedication and professionalism from everyone else on set, too. 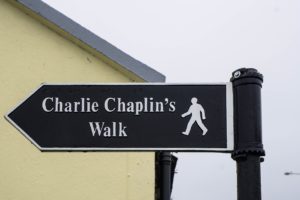 Anybody who followed the director’s marriages and flings would notice something peculiar. He regularly dated women significantly younger than him. Even these days such a courtship draws looks from judgemental people, but back then, it was a cause for boisterous controversy.

His final wife, Oona O’Neill, whom he wed in 1943, was eighteen years old at the time of their wedding. Chaplin was already over fifty. Despite the age difference, the couple stayed together until his death and they had eight children.

1947’s Monsieur Verdoux, a black comedy where the actor plays a serial killer, was nominated for an Academy Award but was also the first of his projects to fail in the United States. The movie’s criticisms of capitalism and subtext about modern society’s support of war and weapons of mass destruction caused controversy. It was just one of the reasons why forces in the US were accusing him of communist sympathies. He denied these allegations, but also criticized the United State’s persecution of people affiliated with the party. Back then, being called a communist was tantamount to an act of treason and being labelled as one would ruin someone’s career and potentially their whole life.

9.He Left The US For Twenty Years

In 1952 while heading to London for the premiere of his semi-autobiographical drama, Limelight, attorney general James P. McGranery voided Charlie Chaplin’s re-entry permit. He claimed to have a solid case against Charlie Chaplin regarding his alleged anti-American activities, but later files proved this was not the case. Chaplin didn’t attempt re-entry and was more than happy to spend the rest of his days in Europe. He would eventually return twenty years later to receive an honorary award from the Academy of Motion Picture Arts and Sciences. Chaplin had a vocal disdain for certain aspects of the United States, but he was never vehemently anti-American.

10.His Casket Was Stolen 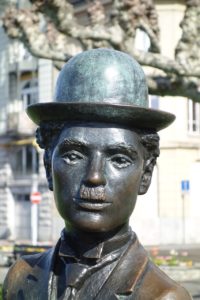 Chaplin passed away in 1977 at eighty-eight years old. Just the next year, two people dug up the grave and stole the coffin with the intent of extorting his widow. Eventually, the perpetrators were caught and the body was found still in the casket. His remains were put back in the original cemetery, only this time surrounded by concrete, to ensure such an incident would never happen again. Unfortunately, it also means he’ll miss out on a potential zombie apocalypse.