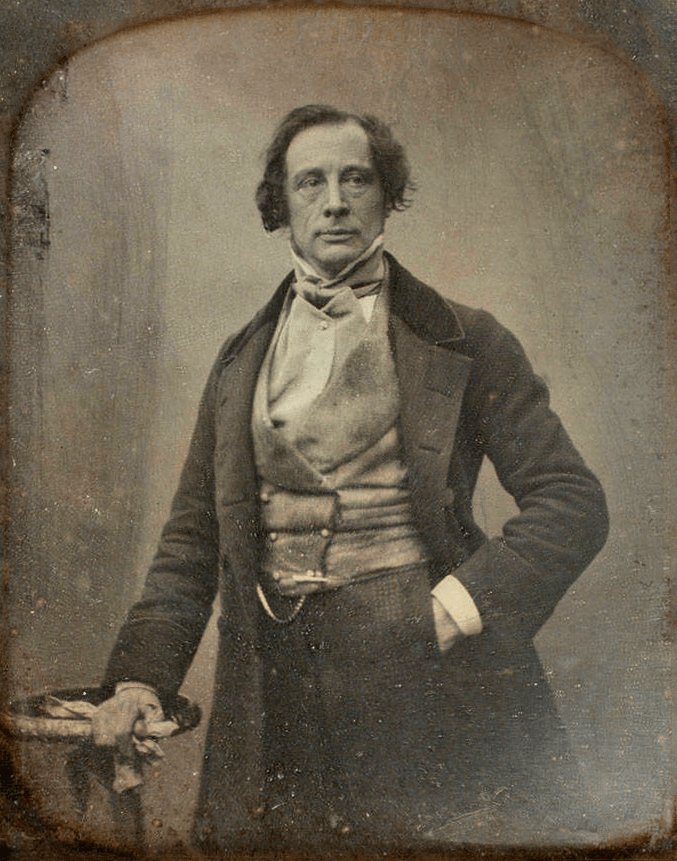 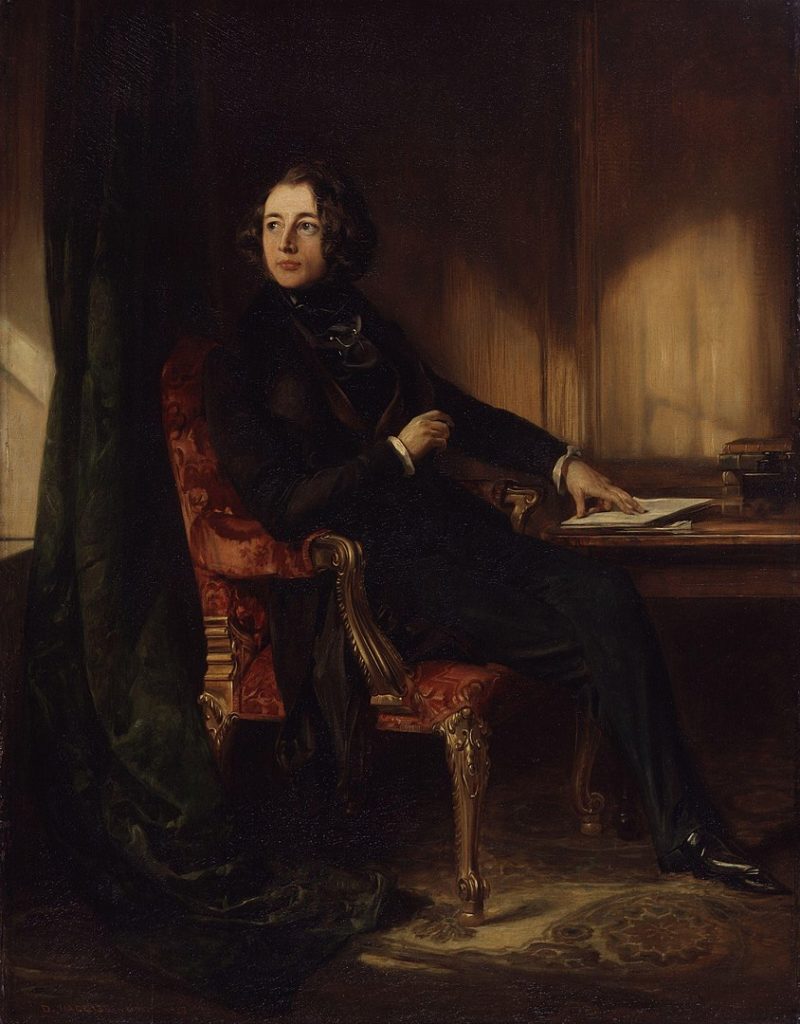 *Originally published by  Lilian  in November 2020, Updated by Vanessa in August 2022

During the Victorian era, there was a progress that saw the birth of the world’s first industrial revolution and the iconic novelist of his century, Charles Dickens.

He is often referred to as the quintessential Victorian author who wrote about the best and worst times of England in the era.

There is a lot to say about Charles Dickens, an author who was not afraid to speak his mind.

Dickens wrote one of the most compelling Christmas stories that are still considered to be a masterpiece.

He did not limit his work to fiction but also wrote about poverty, injustice and crime, all with a twist of humour.

Although Dickens lived in a completely different era, his work has stood the test of time and continue to be studied to date.

There is a lot to learn about Charles Dickens. I have put together the top 15 facts about this great author of A Christmas Carol, A Tale of Two Cities, and Oliver Twist.

1. Charles Dickens had a secret door in his house 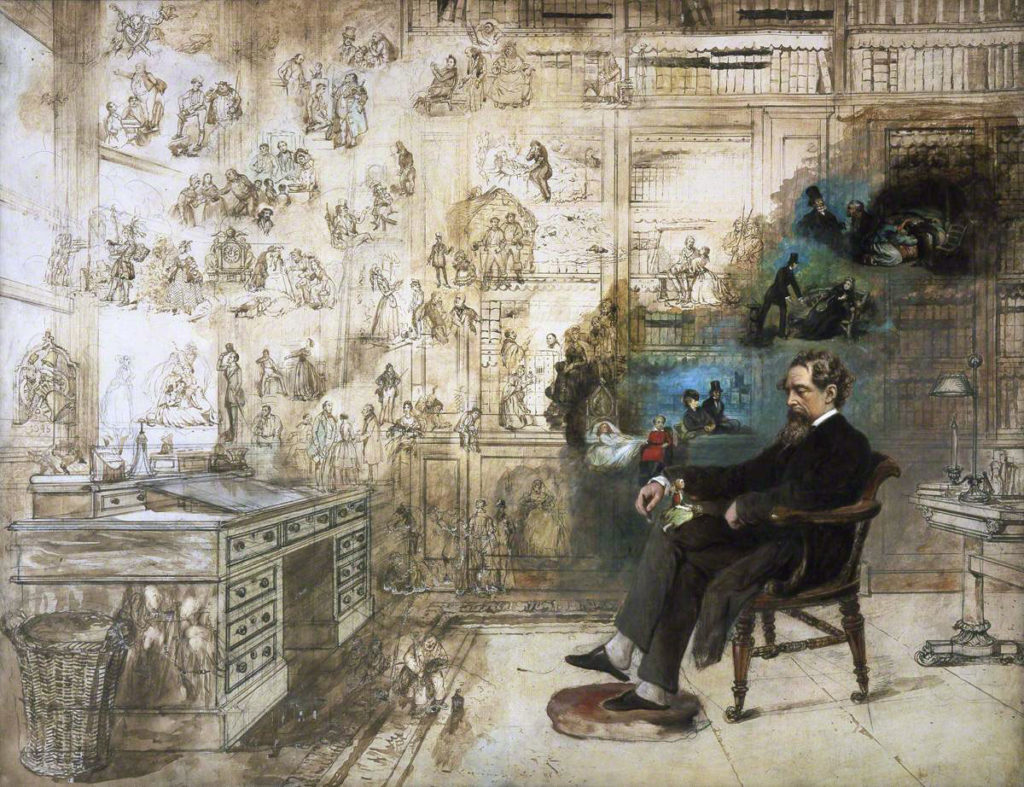 There was a secret door in the form of a fake bookcase in his study. These fake books had titles such as The Life of a Cat in 9 volumes.

His home was at Gad’s Hill in Kent. The bookshelf had other fake book titles like 47 volumes of the History of a Short Chancery Suit, Socrates on Wedlock, King Henry the Eighth’s Evidence of Christianity, and the series The Wisdom of Our Ancestors: I Ignorance, II Superstition, III The Block, IV The Stake, V The Rack, VI Dirt, and VII Disease.

The fake door led to a room that is the most preserved in his house, inside the room was a Batman costume from the Victorian era. These book titles were all made up by Dickens himself.

2. His last novel, The Mystery of Edwin Drood, remains a mystery

Before his death, Dickens had written half of a novel titled The Mystery of Edwin Drood.

This novel was left unfinished when he died of a stroke in 1870.

The story was about Edwin Drood, a young man engaged to Rosa Bud. Rosa’s uncle, John Jasper, was fond of her and so was Neville from Ceylon.

Unfortunately, Edwin and Rosa broke off their engagement and soon after he disappeared.

The author, Dickens, did not hint on what may have happened to Edwin, was he murdered? If so was it Uncle John who did it?

Several mediums have attempted to rewrite the ending of this love story through radio shows and television films. 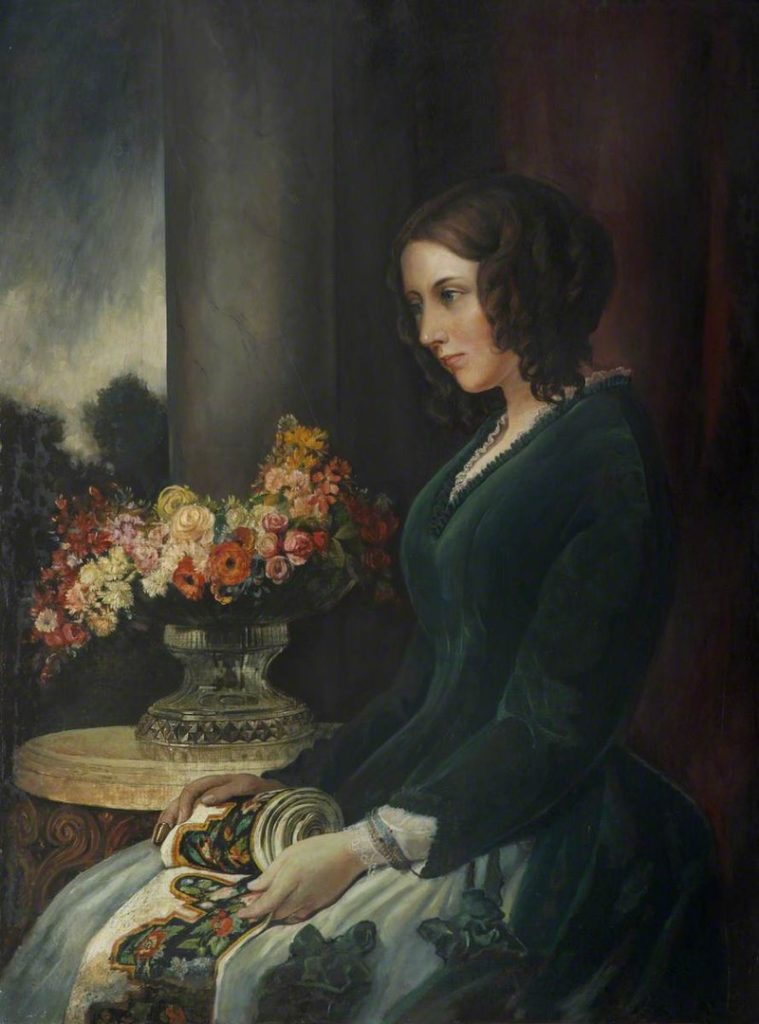 The Dickens family was made up of writers. His wife, Catherine, published her book in 1851.

She, just like Dickens, wrote under a pseudonym. She made up a name, Lady Maria Clutterbuck.

Catherine’s book was on cooking recipes which offered menu ideas.

The title of the book was, what shall we have for dinner? This book catered for meals for two people to 18 people.

Unfortunately, Dickens biographer used the book against her stating that the meals she cooked weighed him down.

Modern critics of the book too had something to say about it. They found the menu as being too laden.

Meals such as fricassee chicken, fried potatoes, marrow pudding, macaroni and cheese, a lot of bacon, and Italian cream; to be too much since people didn’t eat everything at the table.

She has been blamed for Victorian cooking, which has itself been misrepresented.

4. Dickens had a pet raven 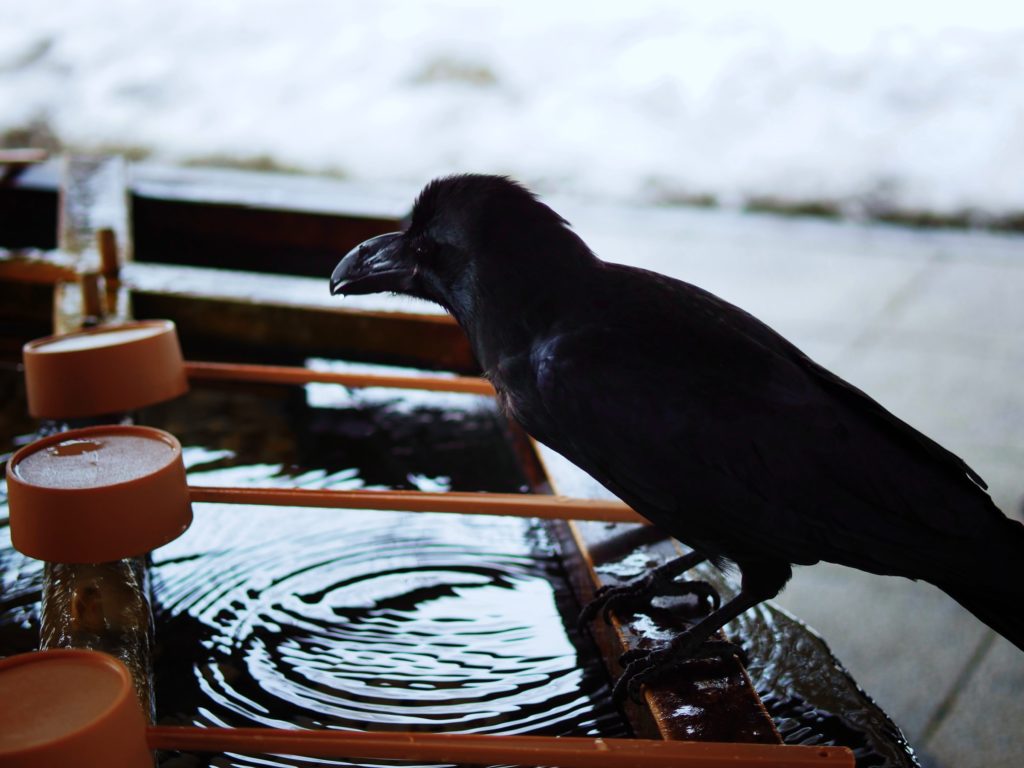 Photo by Clark Gu on Unsplash

Dickens owned a raven whom he named Grip. Grip was not only a beloved pet but also featured in one of his novels, Barnaba Rudge.

Dickens had disclosed to his friend, George, that he always wanted to write about a character who had a pet raven. The raven was cleverer than its owner.

Grip died after eating lead paint chips and was soon replaced by another who was also named Grip.

This raven inspired Edgar Allan Poe to write the poem, The Raven.

After his second pet died, Dickens had it stuffed by a taxidermist and placed it in a wooden and glass case. The bird is now in the Free Library of Philadelphia.

Although Dickens seemed to have healed from his break up with his first love, Maria Beadnell.

His marriage to Catherine was not a happy one. He blamed Catherine for not being a good mother and wife.

Dickens was not pleased with the fact that he had so many children to support, they had 10 children. Apparently, according to Dickens, this was Catherine’s fault.

He found Catherine to be dull and boring. At one point, Dickens said that Catherine was not his equal intellectually.

One thing this couple had in common was that they both came from large families. Dickens had 8 siblings while Catherine had 10 siblings.

6. His best-seller was A Tale of Two Cities

You have probably read this book or at the very least have heard the title being used to compare two divergent situations in the same location.

Dickens, being the master of wit, humour, and light-heartedness, used this skill when writing on serious social issues.

This book uses seriousness and grim, to depict the French Revolution and the Reign of Terror in Paris.

It tells of the situation in a straightforward fashion that any of Dickens books. This was one of the two historical novels he wrote. 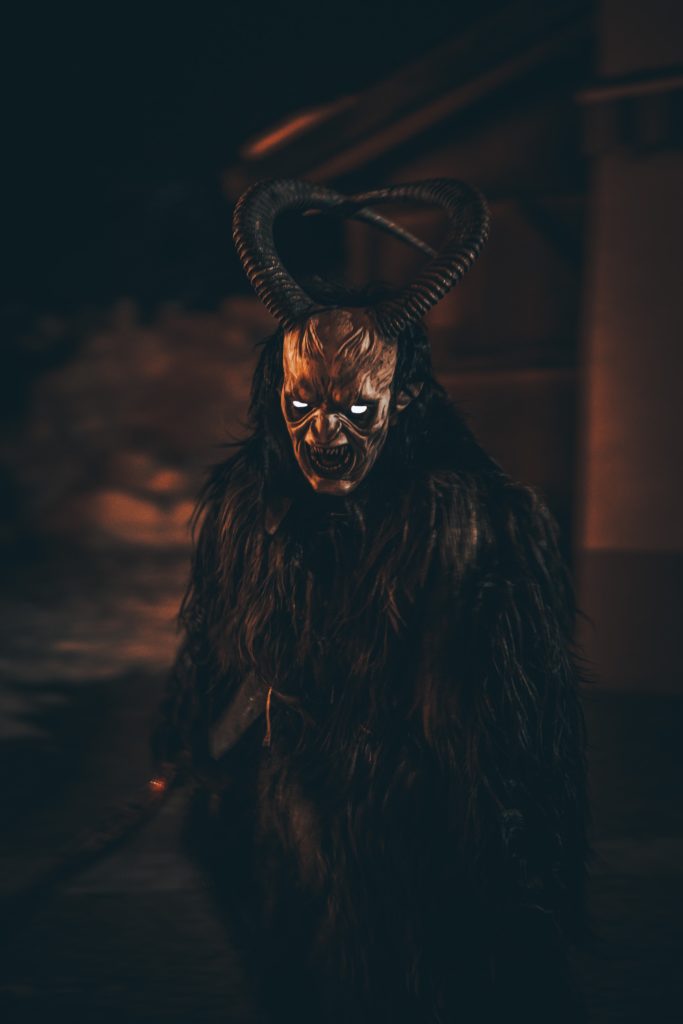 Photo by Alessio Zaccaria on Unsplash

Shakespeare was the first person to ever use the “what the dickens,” in his fiction work, The Merry Wives of Windsor.

This phrase was used as a euphemism for conjuring the devil.

Another author, John Bowen, further explained in his book, Other Dickens: Pickwick to Chuzzlewit, that the name Dickens was used as a substitute for the devil.

It could be for this reason that, in his early writing career, Dickens used Boz as his pen name.

He did not want to be compared to or seen as the devil. After the public became familiar with his writing, he switched to his given name.

8. Charles Dickens always had items and furniture arranged in a particular order

Although it was not proven, many believed that Dickens had Obsessive Compulsive Disorder.

This was because he would always re-arrange the furniture in any hotel room, he stayed in.

It is also alleged that Dickens would always inspect his children bedrooms and would point out what was untidy and not neat.

Either way, Dickens wanted things to be in order around him.

When Charles Dickens turned 12, he left to work in a factory when. This was after his father was sent to prison.

One of his very first jobs was to paste labels on pots of bootblacking in a factory by Charing Cross Station in London.

As you can imagine, the conditions at this factory were not favourable especially for a 12-year-old.

Dickens used to earn 6 shillings a week. He would later paint a picture of his experience through his writing.

10. He did not need a formal education to be the greatest novelist 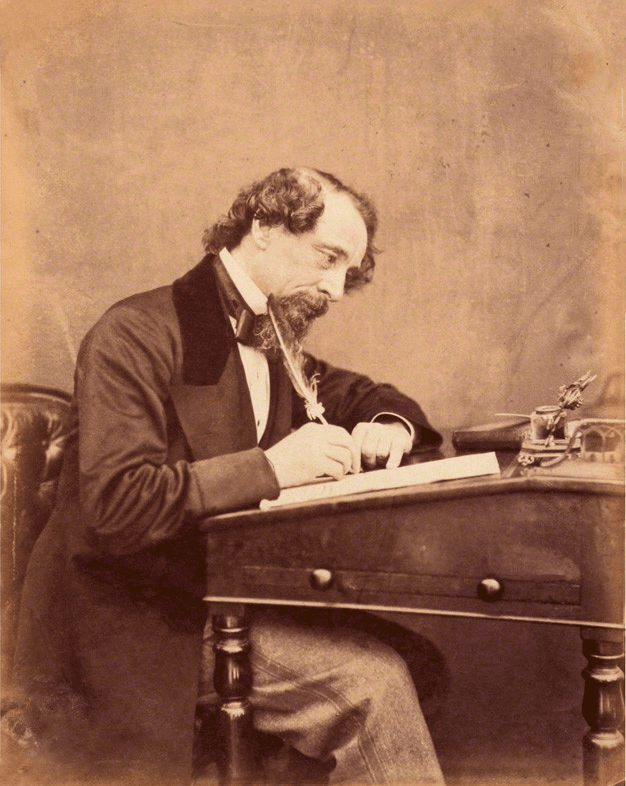 Charles Dickens did not get a formal education. He had to drop out of school to support his family.

This did not prevent him from becoming the greatest novelist to ever live.

His second job was as a legal clerk, where he mastered the art of writing. All this was self-taught.

In 1863, he published his first novel, The Pickwick Papers, which marked the beginning of his writing career.

He went on to be an international sensation who humorously voiced his opinions about society. 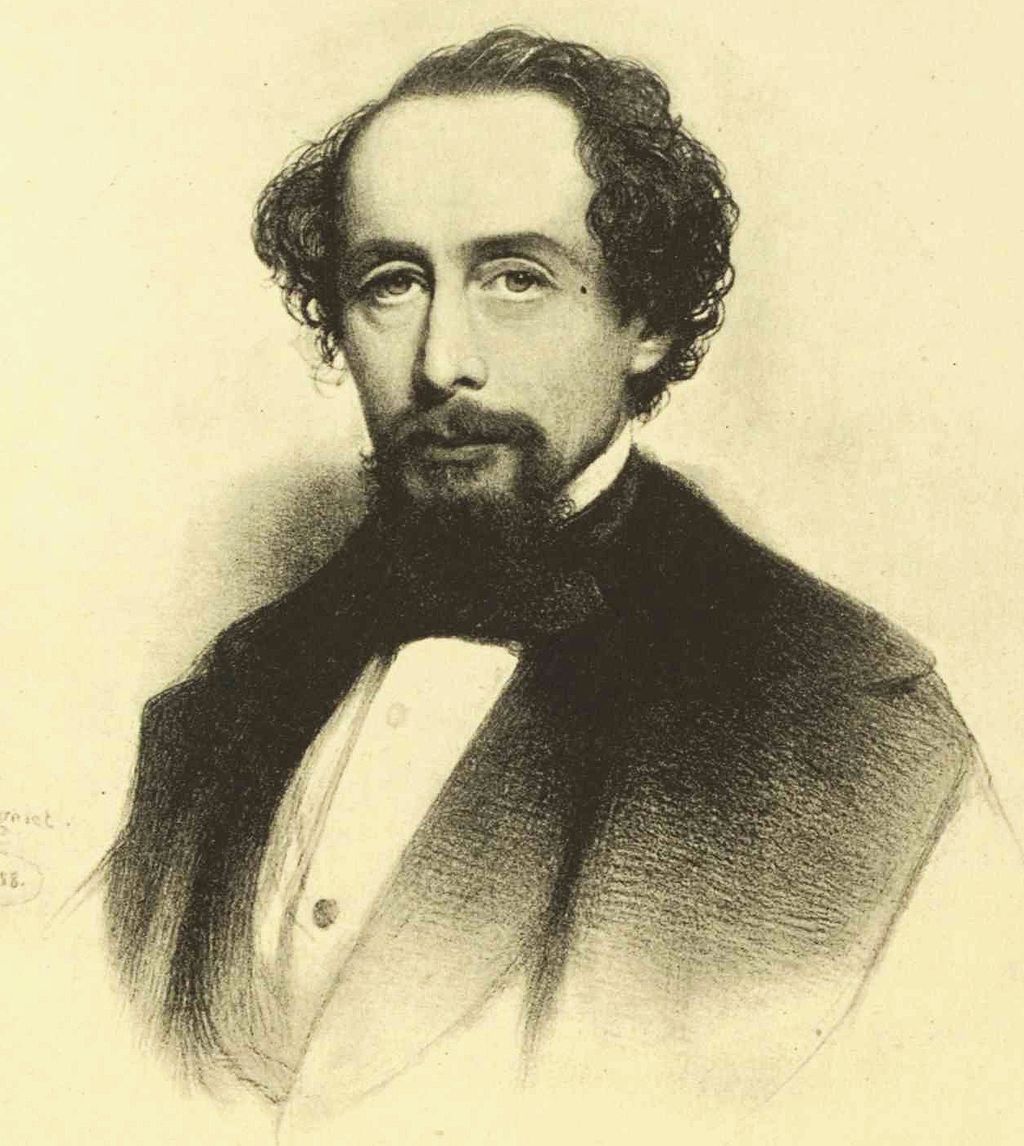 The daughter of his friend Captain Frederick Marryat, Florence Marryat, approached Dickens for writing help and submitted a short tale to the literary magazine All the Year Round, which he was managing. Dickens chastised Florence in a letter he sent to Florence in 1860.

“To read professed contributions honestly, and communicate a perfectly unprejudiced decision respecting every one of them to its author or authoress, is a task, of the magnitude of which you evidently have no conception,” Dickens told her.

“I cannot […] alter what seems to me to be the fact regarding this story (for instance), any more than I can alter my eyesight or my hearing. I do not deem it suitable for my Journal,” and later telling her plainly, “I do not think it is a good story.” 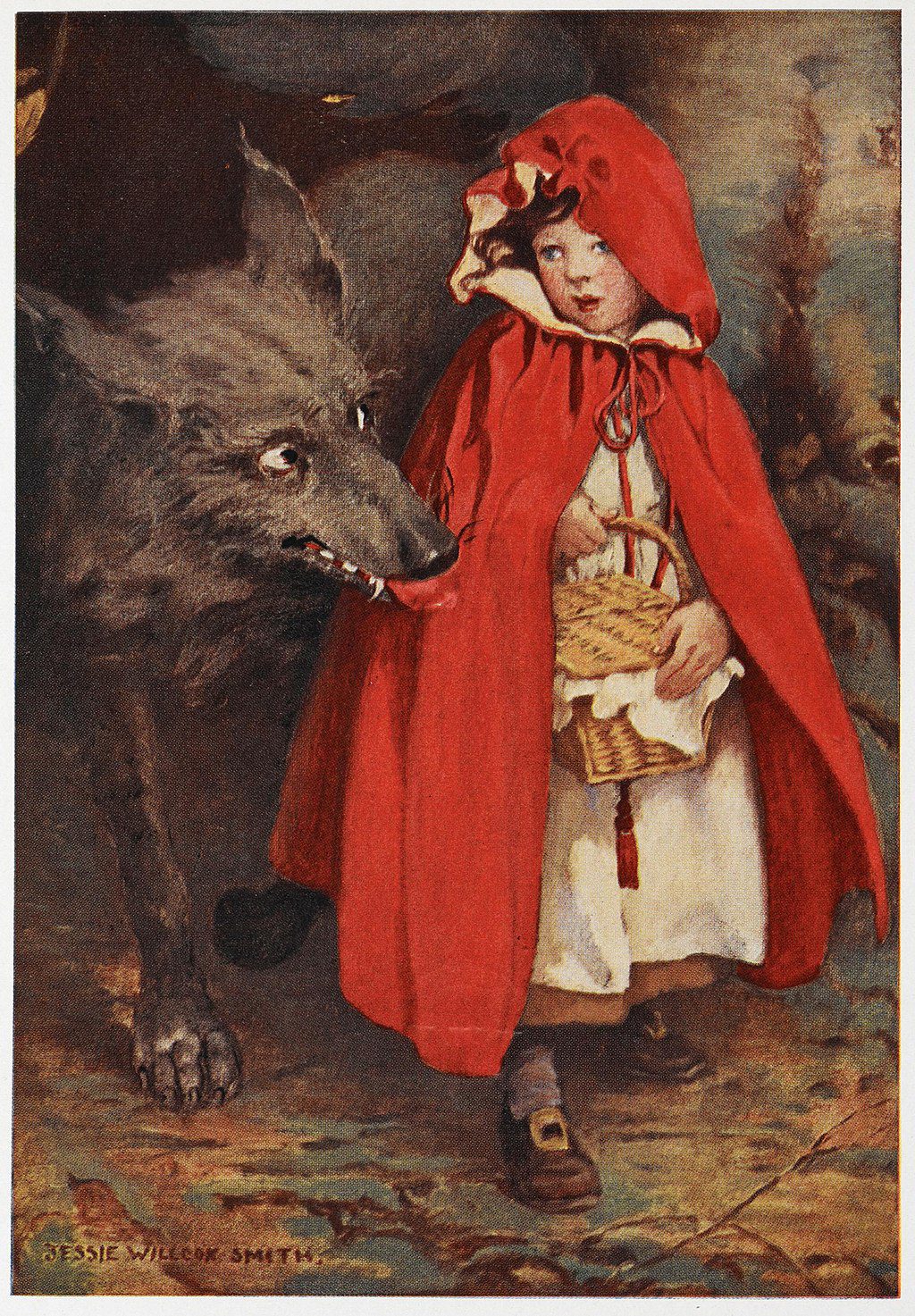 Dickens started overseeing a weekly publication called Household Words in 1850, where he also contributed short stories and novels that were serialized.

In one of his first pieces for the publication,  “A Christmas Tree,” Dickens described his earliest muse as the main character in the fairytale Little Red Riding Hood—perhaps as a way of dealing with his own childhood innocence devoured by unexpected evils.

“She was my first love,” he wrote. “I felt that if I could have married Little Red Riding Hood, I should have known perfect bliss. But, it was not to be.”

13. For a period, Charles Dickens also lived with his pet cat

The author often joked, “What better gift than the affection of a cat?” Not to be outdone by avian mates, Dickens also had feline pals throughout his life.

He had the paw of his deceased cat Bob mounted to an ivory letter opener, stuffed, and inscribed with “C.D., In remembrance of Bob, 1862” after Bob passed away in 1862.

The letter opener is now on display at the Berg Collection of English and American Literature at the New York Public Library.

By the time Dickens made his first trip to America in 1842 for a lecture tour (which he later described in his travelogue American Notes for General Circulation), he had already achieved international fame as a writer and was well-received when he visited east coast cities like Boston and New York.

15. Charles Dickens was in a train crash 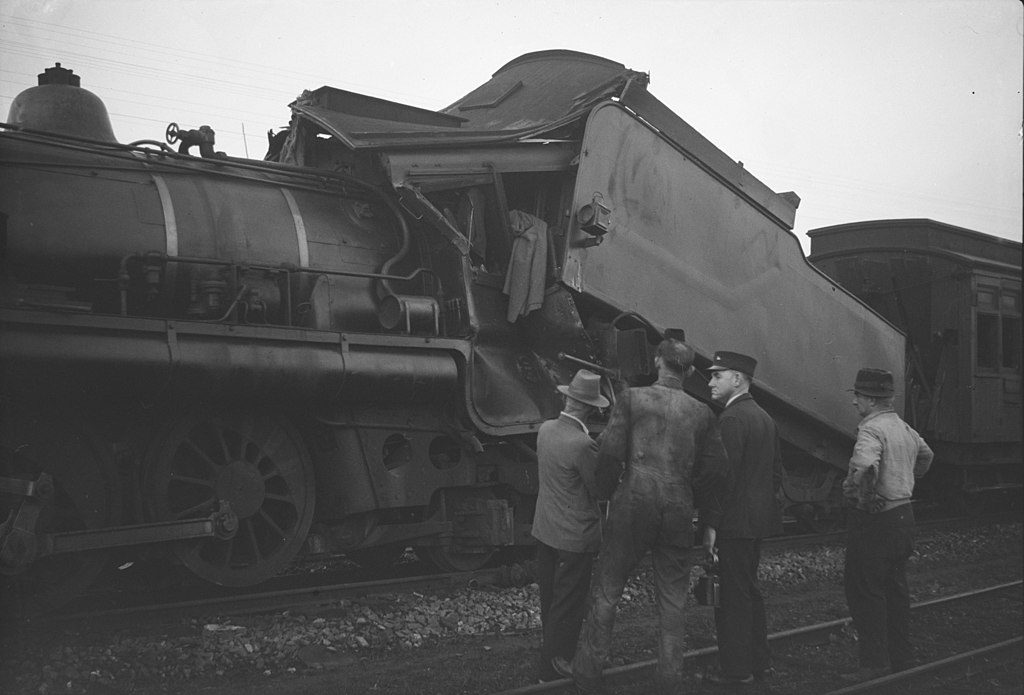 Dickens was returning from France when his train crashed on June 10, 1865, while it was crossing a bridge, leaving his car hanging from the tracks. The then 53-year-old author helped save stranded passengers after locating a conductor who gave him the keys to the seven first-class railway cars that had fallen into the river below.

After all, was said and done, he was obliged to crawl back into the hanging automobile to get a just finished missing instalment of Our Mutual Friend that he was due to send to his publishers.

Charles Dickens went on to edit a weekly journal for 20 years and wrote 15 novels, five novellas, hundreds of short stories, and non-fiction articles. He became a staunch advocate for children’s rights, education and other social reforms.