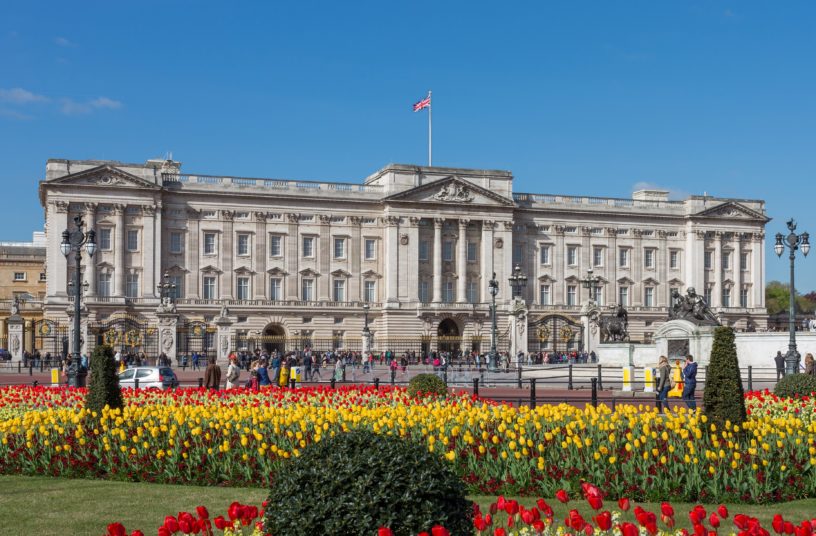 Buckingham Palace is famous for being the queens’ official residence; the United Kingdom’s Monarchy Administrative Headquarters. It is located in Westminster City spanning over 39 acres that hold at least 775 rooms! The Palace has 188 staff bedrooms, 19 Staterooms, 52 Royal and guest bedrooms, 92 Offices, and 78 bathrooms. As compared to the American Whitehouse which has 132 rooms, the Buckingham Palace is humongous!

Buckingham Palace is also referred to as The Queens House- King George III bought it as a private residence for his wife Charlotte when it was still a house.  However in 1825 King George IV decided to change it into a palace, a project that took many years. As a palace, it was therefore first inhabited by Queen Victoria in 1837.

Here are some more facts about the Buckingham Palace for your reading.

1. A Girl Guide Company was once hosted in the Buckingham Palace 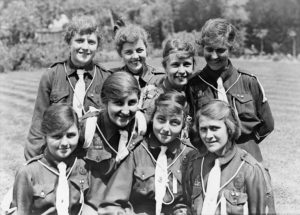 Between 1937 and 1939, the Buckingham Palace hosted the 1st Girl Guide Company. Princess Elizabeth and her younger sister Princess Margaret were girl guides hence their troop was organized at their royal home. The members of this troop consisted of at least 30 girls whose parents either worked at the palace or were royals.

The Company folded in 1939 but rose again in 1959 when Princess Anne, Queen Elizabeth’s daughter joined the Company. It however folded again when the Princess was sent off to boarding school in 1963. These troops must have had fun times at the Buckingham Palace.

2. The Buckingham Palace is a city within the City

With its massive size and residents’ numbers, it’s only proper that the Buckingham Palace has some basic amenities. In actuality, it however has more than the basic. The Palace has a complete ATM machine in its basement, a post office, a movie theater, a cafeteria, a chapel, an indoor swimming pool, and a doctor’s office fully outfitted for surgical procedures. It appears that one would not have reason to leave the palace if they so wished.

3. Garden parties at the palace have been known to include at least 8,000 invitees! 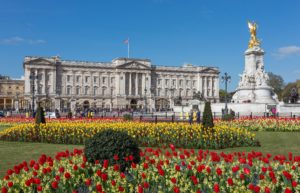 Buckingham Palace view from the gardens- by Diliff- Wikimedia Commons

Besides the food, party guests usually get a chance to talk informally to members of the royal family, which is very rare. These parties give the Queen an opportunity to interact with different people from varying walks of life, who have however made a positive impact in their communities.

4. The Buckingham Palace is a tourist attraction 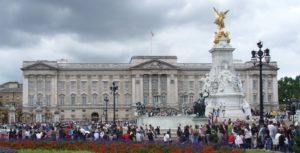 Tourists at The Buckingham Palace- by jedyooo- Wikimedia Commons

The Monarchy, the architecture, the history, and vastness of the Buckingham Palace attracts tourists to visit each year.

5. The Buckingham Palace Balcony has hosted many iconic moments of the United Kingdom’s history 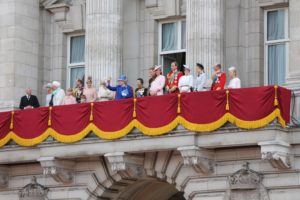 The Royal Family at Balcony- by Carfax2- Wikimedia Commons

The East Front balcony of the Buckingham Palace has become a familiar spot to the public and has been photographed numerous times. This is where Kate Middleton and Prince William shared a post-wedding kiss, just like Prince Charles and Lady Diana.

The first monarch to appear at the balcony was Queen Victoria in 1851. She set an iconic tradition practiced to date. Many monarchs after her have made similar appearances in celebration and appreciation of their peoples. The Royal Family have famously used the balcony, located on the East Front, to greet the large crowds that congregate outside the Palace.

Other famous events that have taken place at this balcony include King George V’s appearance on the eve of World War I, Trooping the Color which is the annual celebration of the sovereign’s birthday.

6. The Buckingham Palace has some serious wine vaults 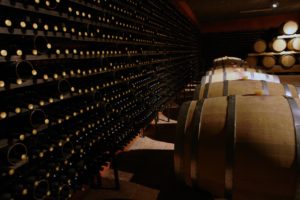 The oldest part of the palace is the wine vaults built by the original houses’ owner, the Duke of Buckingham that had the palace as his personal residence. The vault contains thousands of bottles of alcohol estimated to be worth 2 million pounds. A 1660 bottle of sherry is the prize of the collection which was discovered during the building of the London Bridge and presented to the Queen.

So massive is the wine vault that it has its own Yeoman who ensures it’s fully stocked and selects wines to go with meals and occasions.

During World War I, the vaults were locked and there was refrain from drinking alcohol.

7. Buckingham Palace hosts the Changing of the Guard ceremony 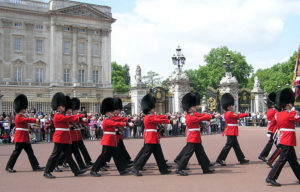 The Queens Guards hand over responsibility for protecting Buckingham Palace and St. James’ Palace to the new guard daily at the palace grounds. This is a full-on ceremony also referred to as Guard Mounting which takes place at 10:45 am lasting about 45 minutes. The actual handover between guards occurs at 11 a.m.

This ceremony is quite something. It attracts crowds who gather to see the famed British precision drills and band music with pomp and color.

The first Changing of the Guard Ceremony took place at the Palace of Whitehall, which used to be the main residence of British Monarchs.

8. Buckingham Palace was renovated to its current appearance. 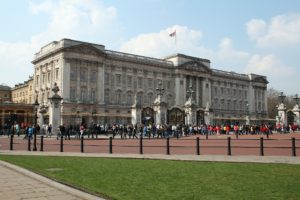 Buckingham Palace was originally constructed townhouse-style by architect William Winde for Duke Buckingham before its transformation to a palace.

Its current look, magnitude, and transformation to magnificence can be attributed to John Nash who transformed it. Its reconstruction however caused his firing as we went over budget! Three additional wings were constructed in the 19th century when the palace underwent renovations. The wings surround the central courtyard.

9. The Buckingham Palace has been prone to security breaches 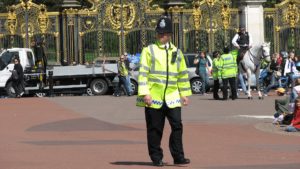 Guards at the Buckingham Palace must have had a fit when they discovered a boy under a sofa in Queen Victoria’s dressing room! ‘The boy Jones’ a teenager, successfully broke into the palace more than once, even escaping undetected once during Queen Victoria’s early years as queen. He was rather obsessed with her as he admitted to having been at the palace many times. The Boy Jones was once caught with Queen Victoria’s belongings including a few pairs of her underwear! Unlocked doors and unsecured windows on the ground floor gave him access.

Michael Fagan broke into the Royal Residence and into Queen Elizabeth’s bedroom in 1982. He gained access via a drainpipe. Fagan actually tipped several alarms that were ignored by security as errors. The then Home Secretary resigned from his position due to this scandal.

Thankfully, there haven’t been similar incidences in the recent past.

10. Buckingham Palace hosts the largest garden in all of London 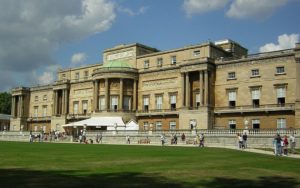 The Queens annual garden parties are held at the Buckingham Palace gardens. Large functions such as jubilee celebrations are also held at the Buckingham Palace gardens as its size fits the bill. It is spread over 40 acres of land, making it the largest private garden in London. The garden boasts a lake, tennis court, 30 different bird species, and 350 different wildflowers. It even has a helicopter landing area.

During Queen Elizabeth’s Golden Jubilee weekend, the public was invited to apply for tickets to join a party at the palace.

The Buckingham Palace’s magnificence is worth a visit where besides learning about the monarchy and gathering its rich history, you can view works of art from the Royal Collection at the Queen’s Gallery which opened to the public in 1962. The Buckingham palace is owned by the reigning monarch but not as their personal property. It is in their trust.

You may want to know more about what to expect as you plan your visit to Buckingham Palace for the most wonderful experience.