Top 10 Blue Plaques of London: What Are They & Where To Visit Them 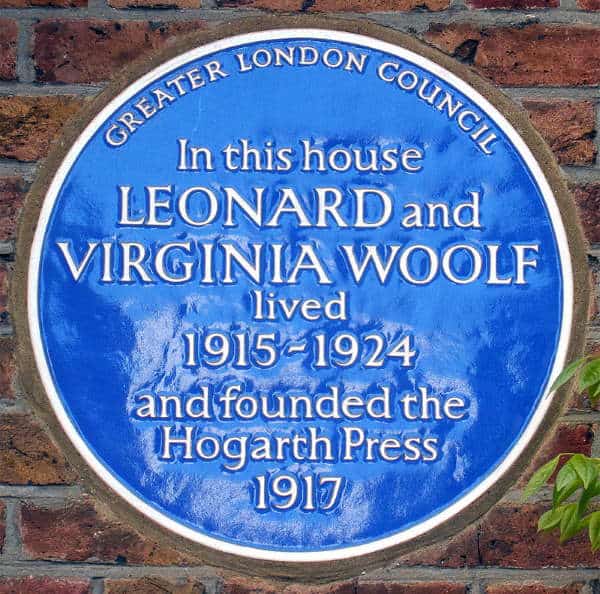 Top 10 Blue Plaques of London: What Are They & Where To Visit Them

Just one of the many things that the UK, and London in particular, are famous for are their blue plaques. The distinctive, bright blue signs identify a building in which a famous person lived, worked or was born. The scheme began in 1866 and continues to this day, currently run by the English Heritage society. While every blue plaque location is unique and possesses its own fascinating story, you might want to think twice about trying to visit all of them, as London alone has over 900! Instead, take a look at this list to choose a few which you are most interested in seeing, and make sure to drop by during your visit to London. Some are famous, others less so, but all have a story to tell! A quick disclaimer: many of these buildings are still private homes, please respect their current owners when viewing the plaques.

One of history’s most renowned painters, Vincent Van Gogh was a Dutch painter who was known for his extensive travels around Europe, visiting places including Paris, The Hague and Brussels. However, a significant part of his life was spent in England. From working at a boarding school in Kent, to loading with his sister at a boarding house in Vauxhall, time spent in and around London formed a key part of Van Gogh’s early years as an artist. However, it is a terraced house at 87 Hackford Road in South Lambeth, which has the honour of bearing Van Gogh’s blue plaque.

The painter lived here as a young man when his position at an art dealing company was transferred to London. Most sources agree that this was one of the artist’s happiest periods, and some even suggest that it was because he had fallen in love with the landlord’s daughter.

The relationship, unfortunately, was not to be, and Van Gogh soon departed. However, his time there has been forever memorialised with his blue plaque, which was installed in 1973, and a long lost sketch of the house.

The home of famous novelist Angela Carter is commemorated by the blue plaque mounted on her house in Clapham. The house itself is significant because it was the location in which she produced many of her most famous works, including the seminal short fiction collection The Bloody Chamber, which won Carter the Cheltenham Festival Literary Prize.

Later in her career, Carter also worked there as a tutor and mentor to Kazuo Ishiguro, who then went on to author many award winning novels and become Nobel Laureate. The kitchen table of the house has seen many a famous writer come and go on visits to Carter, from Ian McEwan to Salman Rushdie.

Carter often lamented the rapid gentrification of her area, but always loved Clapham for its vibrant diversity, and a visit to see the plaque today can be combined with some of the many other interesting things to do in the area. 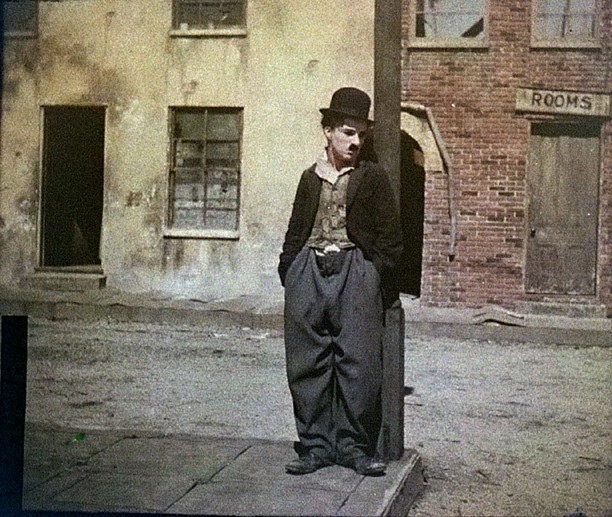 To this day, Charlie Chaplin still remains one of early cinema’s greatest stars, and today endures as a household name and pioneer of cinematic comedy. Despite only living at Glenshaw Mansions for two years, the flat had a profound effect on Chaplin.

Rented with his brother in 1908, it was the first proper and settled home that the two had ever experienced. They had grown up in extreme poverty, raised by a single mother who suffered from mental illness, and Chaplin’s childhood was dominated by insecure housing and frequent stays in workhouses. After finding stable employment with the Fred Karno Company, he was able to afford to rent the pleasant, third floor flat with his brother, and the two quickly set about making it into a home. Chaplin always referred to it as a “cherished haven.”

Chaplin left the flat to tour America’s vaudeville circuit, but always looked forward to returning to the flat. Today, Brixton Road is a busy thoroughfare filled with shops and pedestrians, perfect for combining your visit with a tour of the area’s unique stores.

Mary Seacole was a famous business woman and trained nurse of both British and Jamaican heritage. Unfortunately less known than her contemporary Florence Nightingale, Seacole nonetheless made a significant contribution to the Crimean War effort.

After being refused work in England, primarily due to her colour, Seacole set out for the Crimea herself, where disease raged among the troops. Here, she opened the British Hotel, where she served officers and offered vital medical assistance by tending to the wounded and supplying needles, thread, bandages, and other vital equipment. This impressive period, however, was just a few years in Seacole’s long life, which was also spent as a hotelier in Jamaica and a nurse to cholera victims in Central America.

Seacole found herself living at Soho Square during a difficult financial period in her life. The end of the Crimean War had left her with numerous unpaid bills and other debts, and the accommodation was cheap. The house was likely also where she authored and published her autobiography, titled ‘Wonderful Adventures of Mrs Seacole in Many Lands.’ However, a fund was set up which allowed her to get out of destitution, and she spent the rest of her life in the company of the famous and powerful. 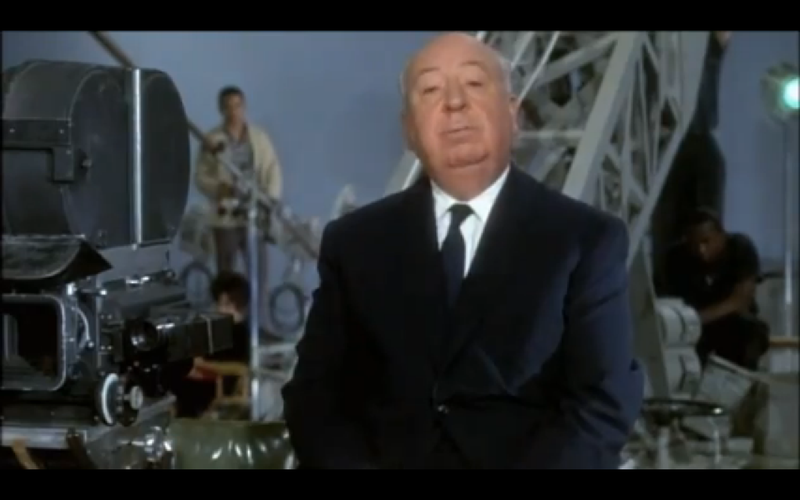 Legendary film director Alfred Hitchcock’s flat in the affluent Royal Borough of Kensington and Chelsea is still something of a pilgrimage site for cinema fans and aspiring directors.

Hitchcock lived at the address as a young man, shortly after marrying screenwriter Alma Reville. The couple moved to the flat after a honeymoon in Paris, and divided their time between there and a country house in Surrey. It was during this time that their only child, Patricia, was born. Hitchcock lived at Cromwell Road for over ten years, holding script meetings and working on many of his films there.

The plaque itself is overgrown at some times of year due to the ivy plants which climb up the exterior of the house. It can be visited as part of a wider Hitchcock tour of London, which could also include his birthplace in Leytonstone, which also bears a blue plaque, and Gainsborough Studios, where many of his early silent films were shot.

Agatha Christie is often thought to be the best-selling novelist in history. A visit to one of her London homes, which is honoured with a blue plaque, is a must for any literature or mystery fiction fan.

The large white house in Holland Park was home to Christie and her second husband from 1934 to 1941. Christie famously adored the house, but disliked the fact that it had a basement. Some of her most famous novels were written during her time living here, including Murder on the Orient Express (1934), and Death on the Nile (1937), and she is though to have had her own work room somewhere in the house.

In 1941, Christie and her husband were forced to leave the house due to the threat of bombs during World War Two, but would often return to the area. 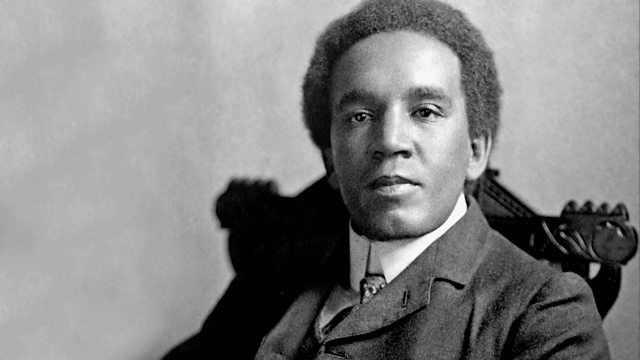 Renowned musician Samuel Coleridge-Taylor was raised by his mother and extended family in Croydon, and studied the violin at the Royal College of Music. His most famous work was Hiawatha’s Wedding Feast, which was first performed at the college.

The composer was the first black recipient of a blue plaque, which recognised his musical talent and skill as a composer and conductor.

The smart end-of-terrace house is well preserved, with its blue plaque easily visible on the ground floor. In 1909 Coleridge-Taylor moved to the nearby Duppas Hill, where he lived with his wife and child until his untimely death from pneumonia at the young age of 37.

One of Britain’s most famous writers, Virginia Woolf spent most of her life living in London, moving to Fitzroy Square in 1907. The area had been a favourite haunt of London’s literary society for years, and previous tenant of the house was George Bernard Shaw.

Living there with her brother Adrian, Woolf took the whole of the second floor of the house for herself and her writing, beginning her first novel, The Voyage Out. The rooms were noted to contain great stacks of books and papers, with cigarette smoke always in the air. Woolf was known to often complain of the noise in the area, and eventually moved to a quieter location in 1911.

This is not the only blue plaque commemorating Woolf’s life. Another can be seen at Hogarth House in Richmond where Woolf and her husband Leonard founded Hogarth Press, which went on to publish much of her most famous work. 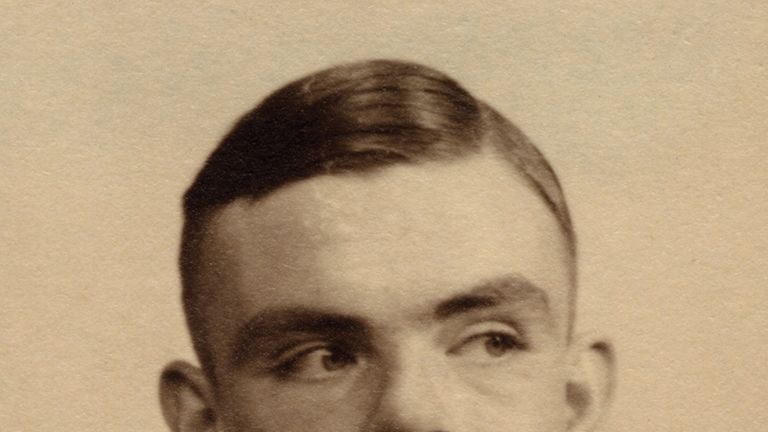 The life and work of Alan Turing was made internationally famous by the Oscar nominated 2014 film about his work, in which he was portrayed by Benedict Cumberbatch. Despite his significant contribution to the fight against the Germans during World War Two, decoding messages from the axis powers, Turing’s achievements as a computer programmer and code breaker languished in anonymity for years. This was partially due to the work being under the Official Secrets Act, and partially due to his relationship with a man at a time when homosexuality was a criminal offence.

Thankfully, the extent of Turing’s genius has now fully been acknowledged, and his birthplace memorialised with a blue plaque on his family home in Maida Vale. At the time of Turing’s birth, the address was a nursing home, and currently exists as the Colonnade Hotel, with the plaque easily visible from the street.

Japanese writer Natsume Sōseki lived in Clapham from 1901 to 1903, after being sent to England by the Japanese government to be “Japan’s first Japanese English literary scholar.”

During his time studying in London, Sōseki lived at four different addresses across the city. Only the last, which is memorialised with the blue plaque, proved satisfactory enough for him to stay for an extended amount of time. Despite liking the house well enough, Sōseki did not enjoy his time in London, lamenting the poverty in which he lived and describing the English gentlemen he encountered as “a pack of wolves.” However, during this time he improved his knowledge of English literature, enough to become a professor of it at the Tokyo Imperial University.