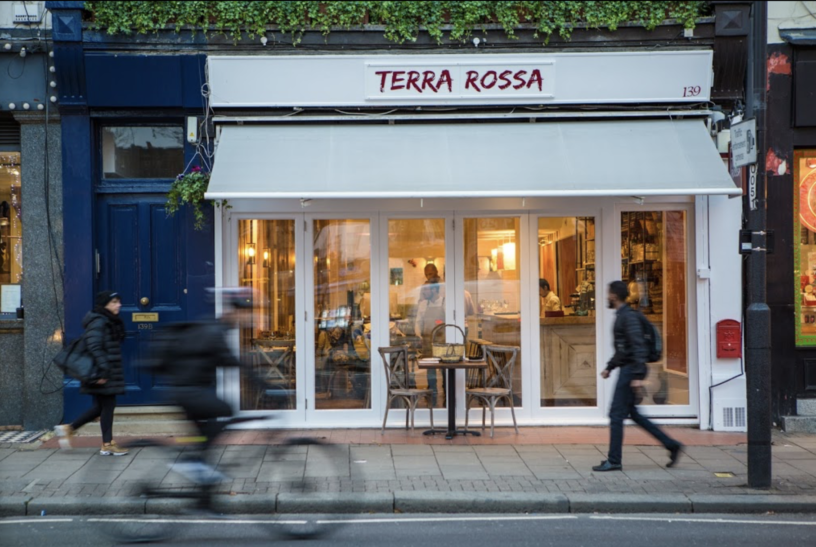 While in London, try not to forget that you’re in one of the gastronomic capitals of the world.

In addition to great local cuisine, London’s international foods hail from all corners of the globe; especially neighboring countries in Europe.

Italian food is widespread in the English capital; you can eat at grab-and-go pizza joints or swanky fine dining restaurants. There is something to suit every budget, every district and every dietary requirement. Read on!

I start with a very affordable, very home-like restaurant out in the eastern suburb of Ealing in London. L’oro di Napoli isn’t centrally located or easy to get to, but I just love the ambiance of this spot and their noticeable care in every dish that they make.

Talk to a person from Napoli and they’ll tell you the best pizzas in Italy are made there. L’oro di Napoli brings Napoli pizza to London with their wood-fired oven — a dream! 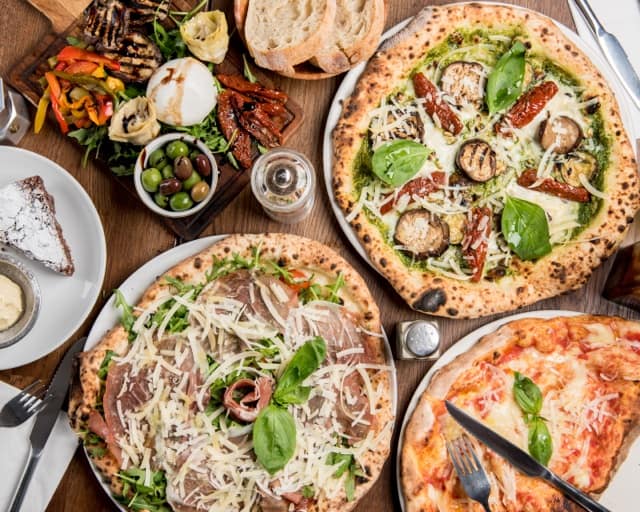 Bombetta is also significantly further from the city center than I would like, but the vibrant dining space makes it a memorable one that you’ll gladly make the journey to when the cravings set in.

The menu is about as authentic as it gets outside of Italy itself. The chef works from the center of the restaurants, enclosed by a bar at which you’re welcome to sit and watch if you so desire.

Great service, cool music and a never-ending list of reservations — book in advance! 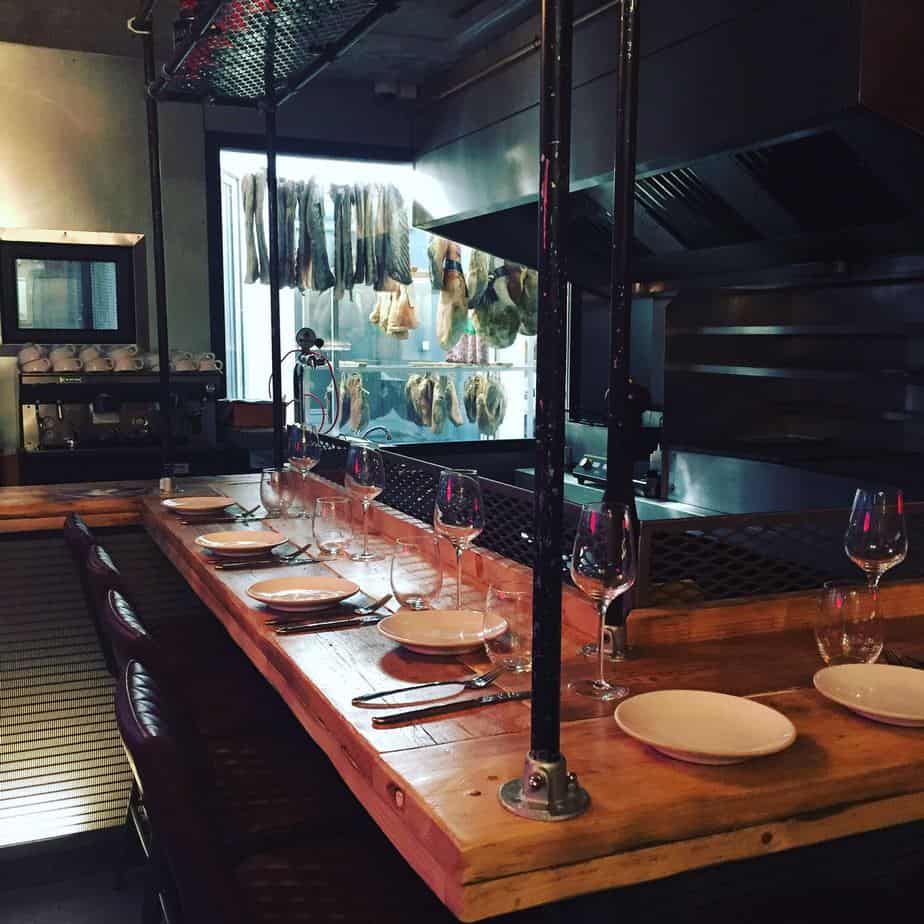 The suburb of Hornsey was blessed to become the basecamp for Tomo Pizzeria and Restaurant.

Another spot that brings traditional, wood-fire pizzas to the public, Tomo also offers a selection of classic and modern Italian dishes. It’s a fantastic menu; one that also includes generous options for vegans, vegetarians and gluten free diners. 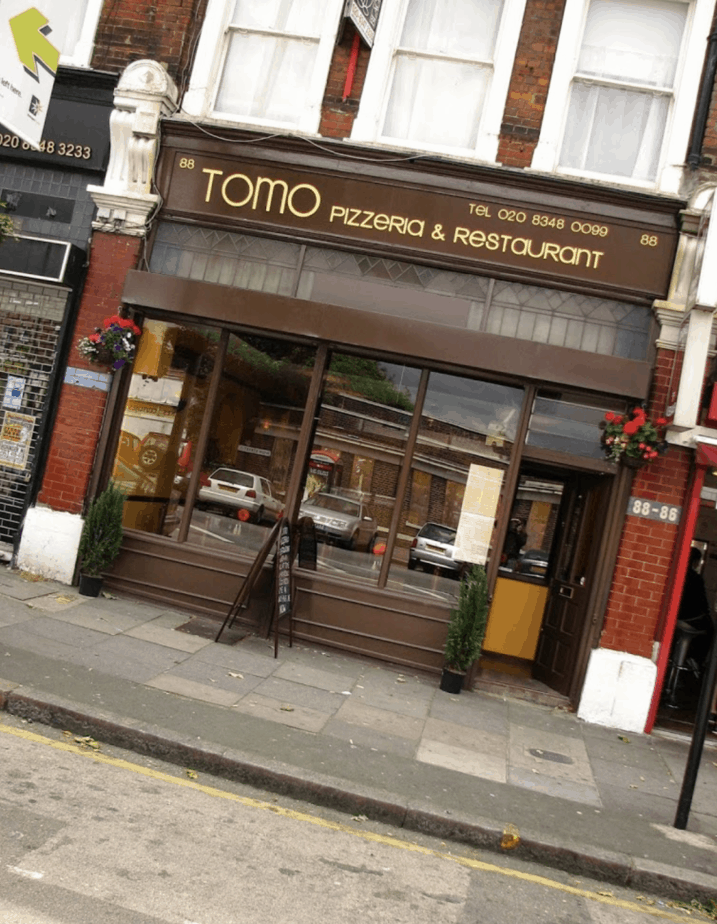 Tomo – by Tomo – Uploaded by them

Let’s call this upmarket eatery in Battersea “experimental Italian”. While most of the menu is classic and authentic, Piatto are known for having some particular Instagrammable pizzas.

The pizzas at Piatto are charcoal infused; so they are completely black, apart from the toppings. 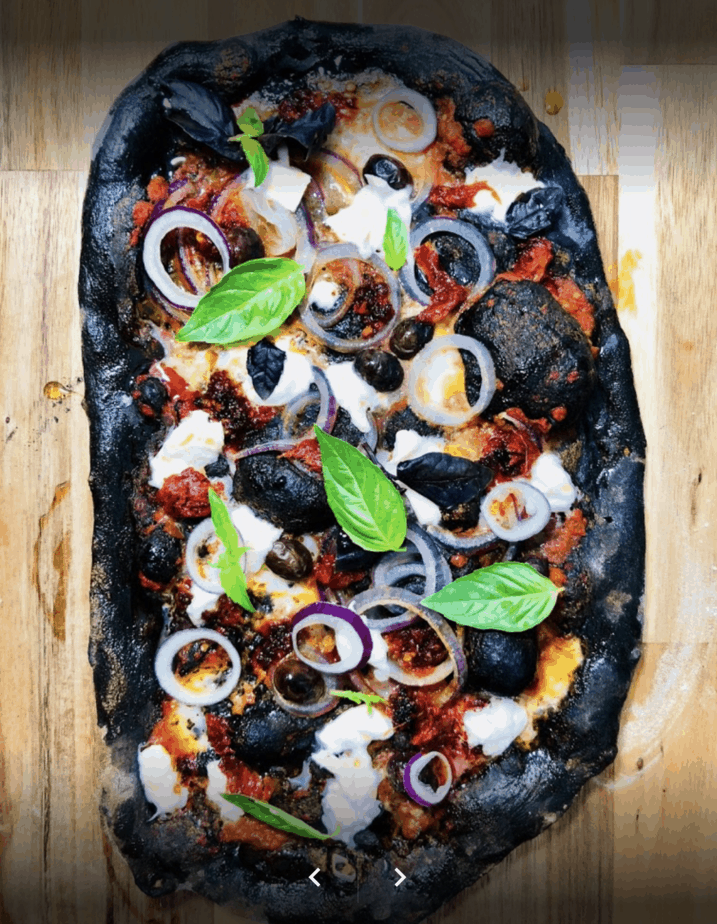 Piatto – by Piatto – Uploaded by them

Similar to people from Napoli, ask anyone from Puglia where the best pizzas are made and they will tell you Puglia!

Terra Rossa is a charming restaurant that serves the classic dishes from the Puglian gastronomy in southern Italy. It’s a relaxed, family-friendly space in Islington, north London. 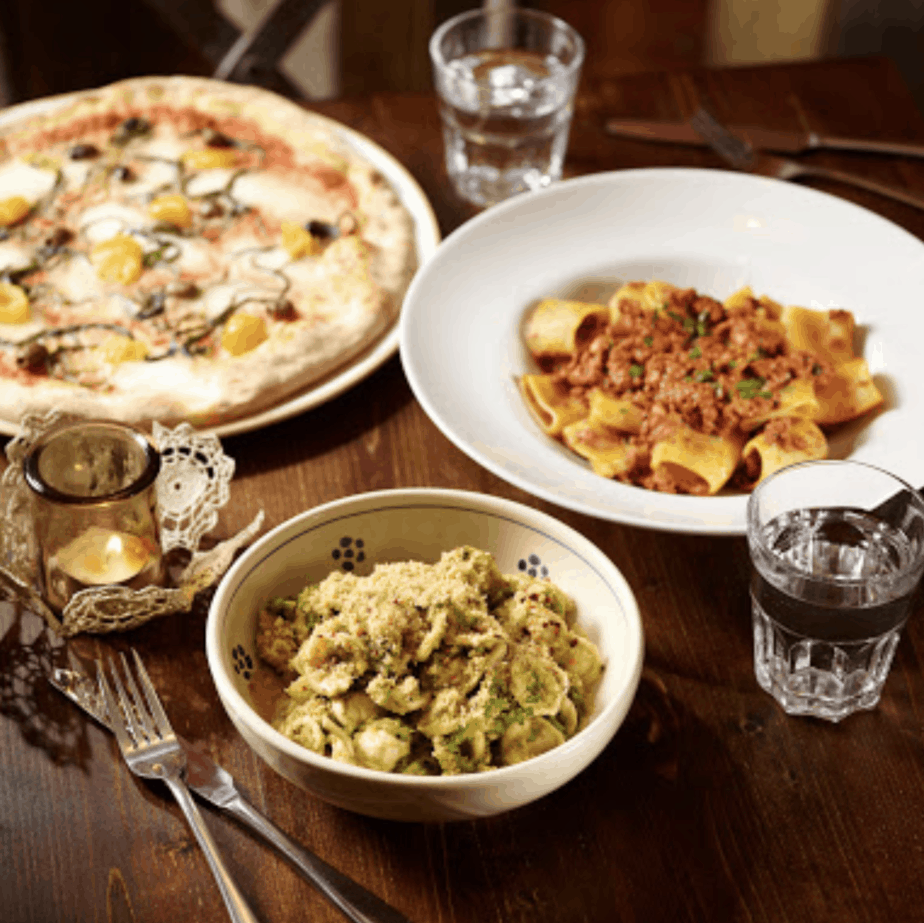 Sounds obvious that an Italian restaurant should be passionate about Italian food, but at Santoré it’s totally tangible.

This is traditional cuisine from across Italy served up with noticeable passion daily in this dark-wooded dining space.

At Santoré, the pizzas definitely rule the kitchen. And I wouldn’t recommend leaving without trying a slice of their homemade Tiramisu. 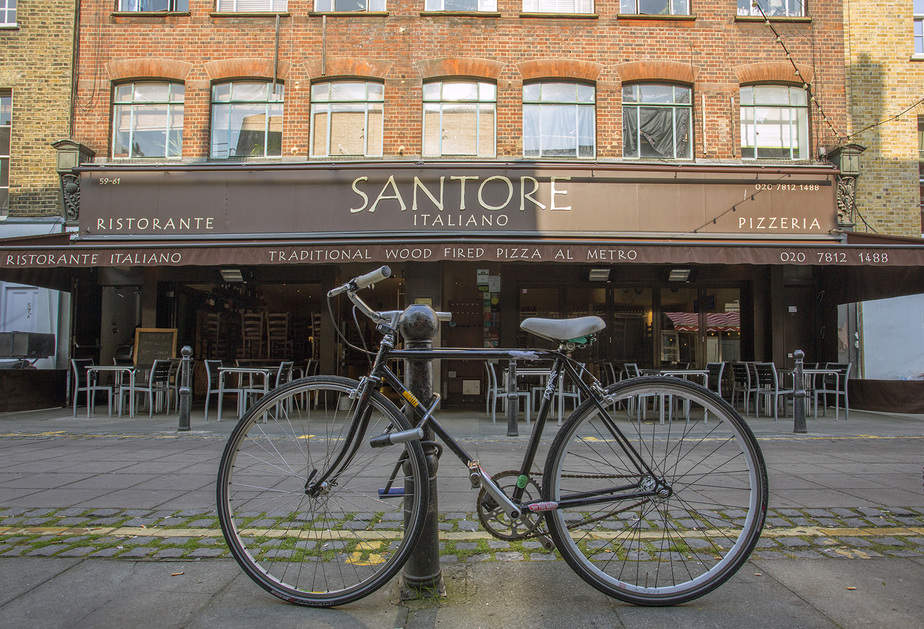 Princi is the all-day Italian eatery in Soho on London’s West End.

From early morning, though until late night, you’ll eat Italian, Italian and more Italian. It’s their Milan-style bakery that operates service before midday, serving up fresh, hot baked goods all to that seemingly unattainable local standard.

By afternoon and night, Princi’s menu offers all of the traditional dishes that you know and love. Did someone say pesto penne? 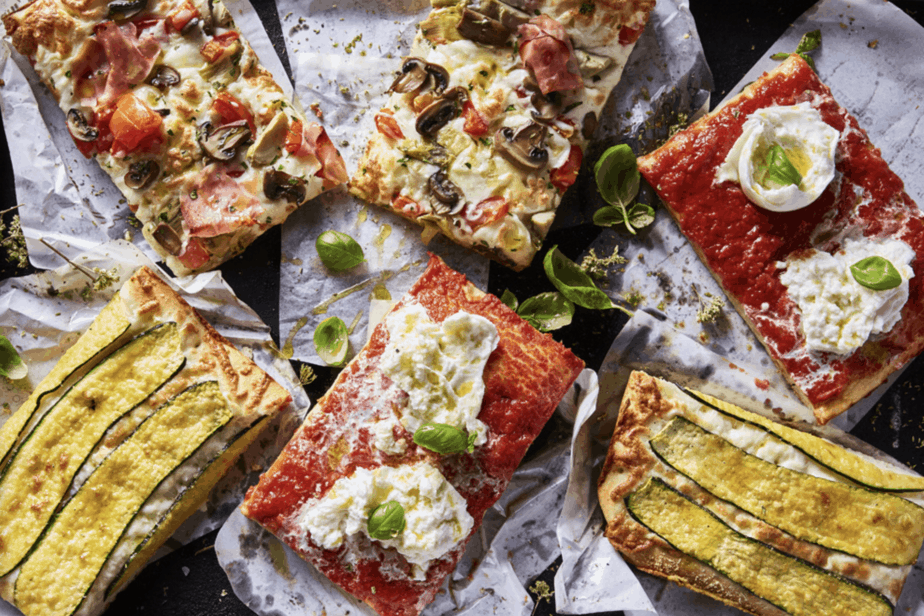 Princi – by Princi – Uploaded by them

Opening Hours: Monday to Sunday — 8am to 12am

Not far from Princi, also in Soho, is the very chic spot known as Polpo.

Polpo is traditional Venetian cuisine, served in a tapas style ideal for sharing amongst friends. This concept has done well in Soho, where shared dining is a popular nightly form of entertainment at this district’s restaurants.

If you’re not up for sharing/ you’re dining alone, Polpo does offer a few main meal options as well. 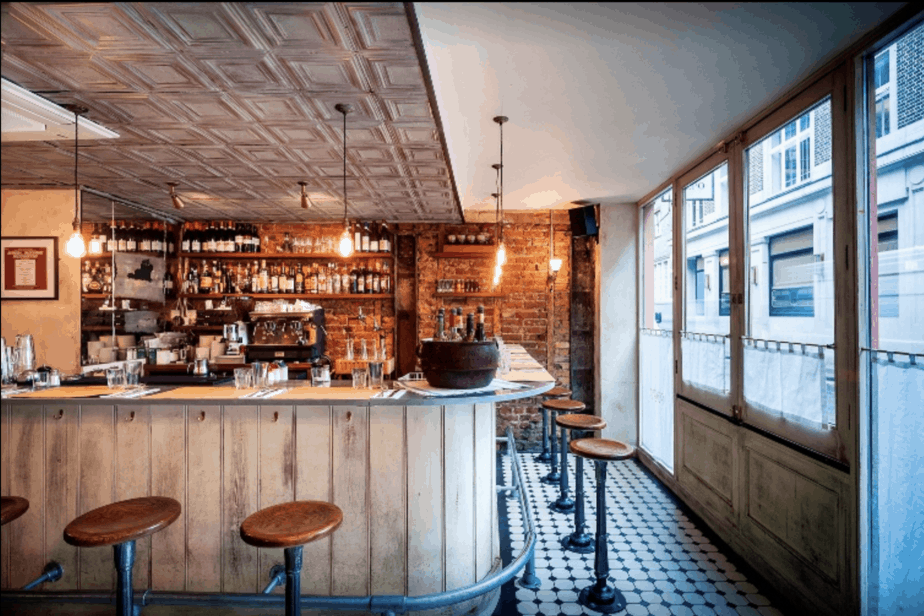 Polpo – by Polpo – Uploaded by them

Those who value upscale attention to detail will love Osteria Romana. It’s in Knightsbridge, tucked away in an intimate space with a very alluring interior.

The cuisine, as you might have guessed, is traditional Roman. The restaurant goes as far as importing as many ingredients, wines and produce from Rome as they can, making use of it all in the kitchen. 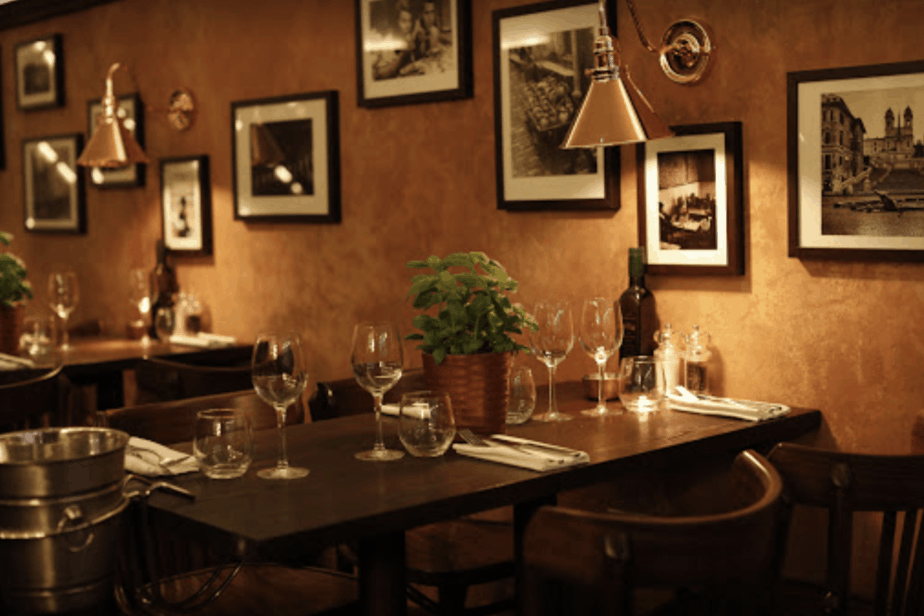 Bar Remo is for the Italian old-timers; for those who either grew up in the culture, or understand the significance of recipes passed through time by those who did.

This classic restaurant lives in Mayfair; a swanky fine dining district on the edge of Hyde Park. Bar Remo has been part of this neighborhood for over 90 years under ownership of the same family.

It’s one of the more affordable dining spots in Mayfair, don’t let the neighborhood deter you. 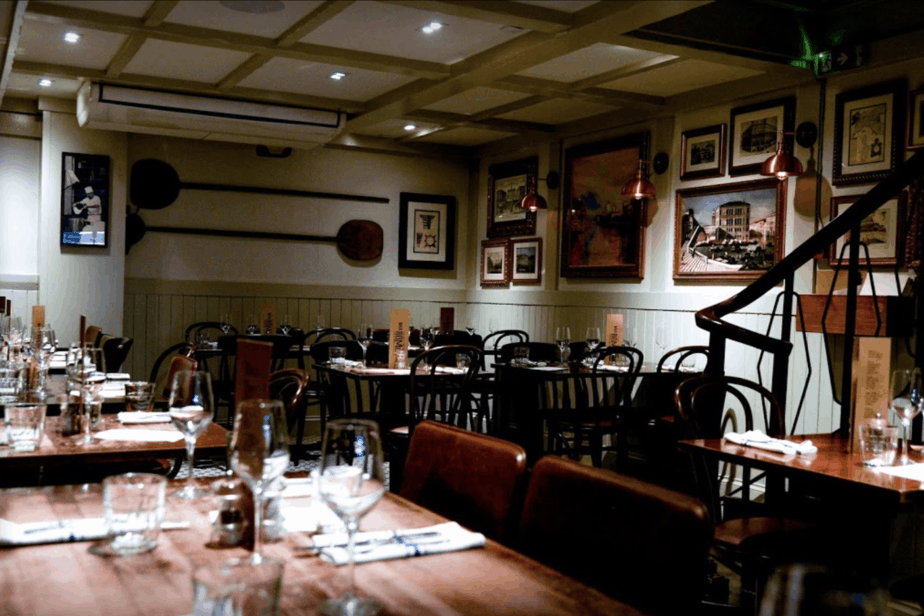