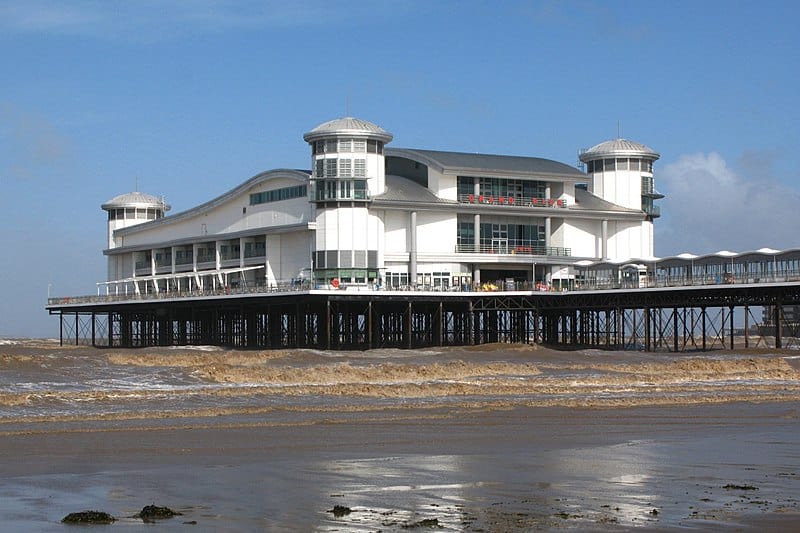 The Grand Pier is an iconic pleasure pier in Weston-super-Mare, North Somerset, situated on the Bristol Channel approximately 18 miles (29 km) southwest of Bristol.

This North Somerset pier, with its state-of-the-art Pavilion, opened its doors to the public on 11th June 1904.

It has been described as the ideal destination for non-stop indoor family theme park fun. With rides, attractions and the latest arcade games making it the perfect treat for kids of all ages. In addition, the Pier is also used for, events, concerts, weddings, and corporate events.

Come and discover the top 10 astonishing facts about the Grand Pier, Weston-Super-Mare;

1. The Grand Pier, Weston-Super-Mare is a historical monument 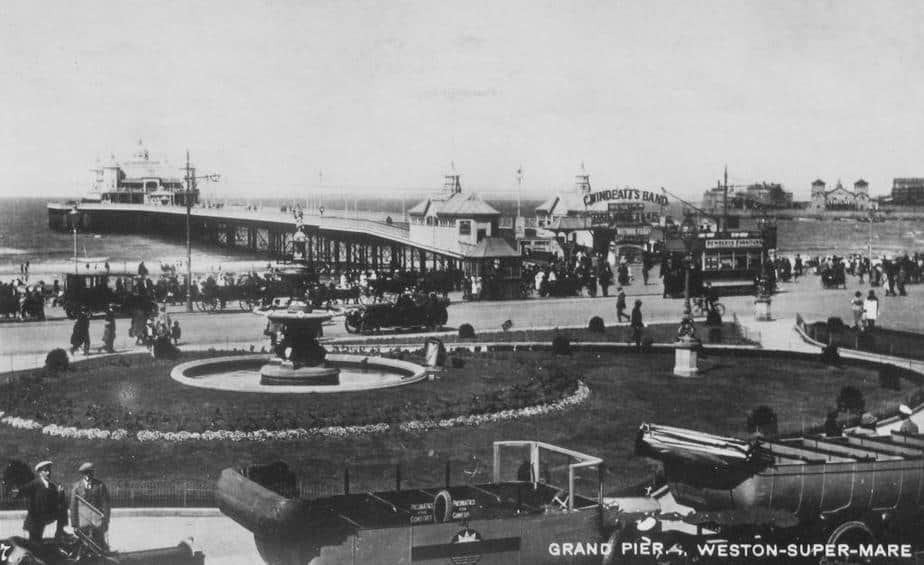 Grand Pier, Weston-Super-Mare, was opened in 1904. It measured 1080 feet and had cost £120,000, including the 2000 seat pavilion that was home to opera, music hall, Shakespearean plays, ballet and boxing. The pier has been listed Grade II since 1983.

A listed building may not be demolished, extended, or altered without special permission from the local planning authority, which typically consults the relevant central government agency, particularly for significant alterations to the more notable listed buildings.

2. A docking point for boats was once built on the Grand Pier, Weston-Super-Mare 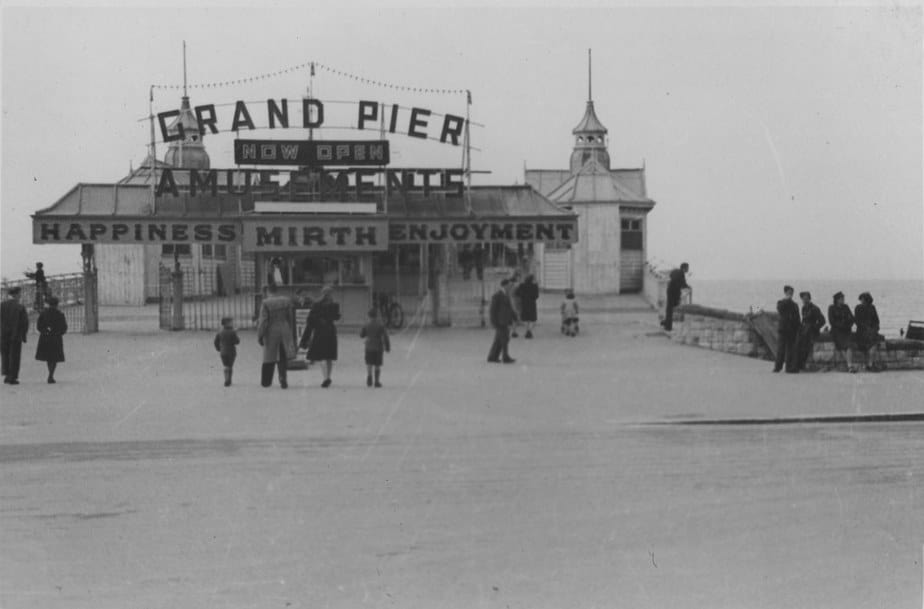 On 16 May 1907 a 1500-foot low water extension with a timber landing stage had been completed, with the intention that the pier would be used to run regular passenger services from the pier to Cardiff. Cardiff is located in the south-east of Wales. It is the capital and largest city of Wales.

However, very few boats ever moored there because of the dangerous currents in the bay that made this too difficult. Apart from 120 feet beyond the pavilion, demolition of the extension took place between 1916 and 1918.

3. The pier’s pavilion has experienced a fire outbreak thrice 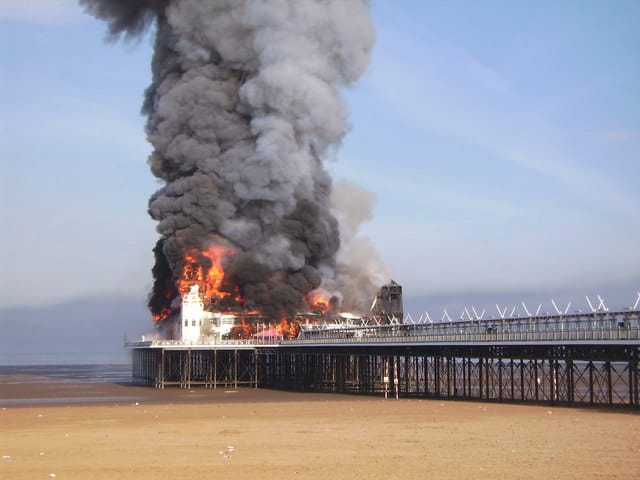 At the original pier’s end was a 2,000-seat theatre which was used as a music hall and for opera, stage plays and ballet.  On 13th January 1930 the theatre burned down.

As the building was underinsured the pier was put up for sale and bought by Leonard Guy, who opened a £60,000 new pavilion three years later.

On 28 July 2008, a fire broke out at the foot of the north tower on the shoreward (eastern) end of the pavilion. It destroyed the pavilion. According to the fire brigade, the exact cause of the fire was unknown, but that the most likely cause was electrical.

In January 2013, security company System 2 Security Limited was proven in court to be responsible for the fire damage due to negligence. The pier was rebuilt and opened on 23 October 2010, having cost £39,000,000.

On 10 March 2019, the pier suffered a small fire and was evacuated, however the fire was contained, and the pier reopened the following day. 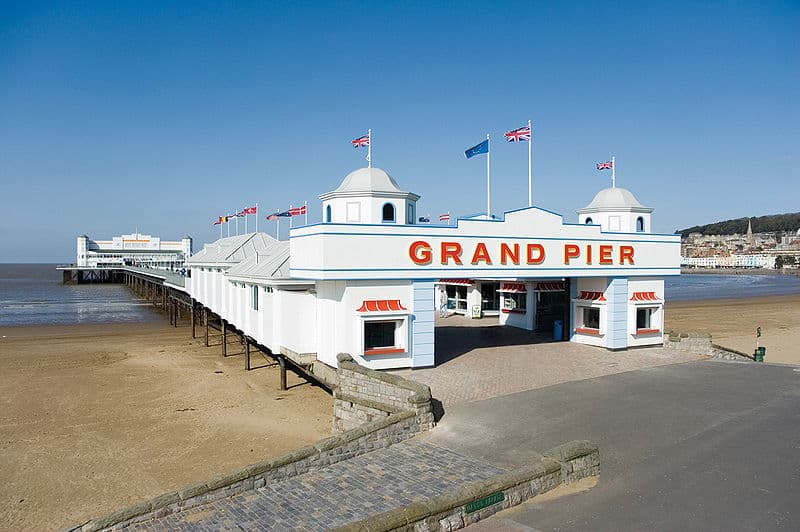 The Grand Pier, prior to the 2008 fire – Wikipedia

In 1946 the pier was sold to Mr. A. Brenner, who went on to improve the pier’s facilities, adding new shops and an amusement arcade to the pavilion in the early 1970s. As a result of the extra investment, the pier became a Grade II listed building in 1974.

Grade II listed buildings are subject to regulations which protect their historical and architectural significance. These buildings are of special interest, meaning alterations and building work can’t be carried out without written consent from the relevant authorities. 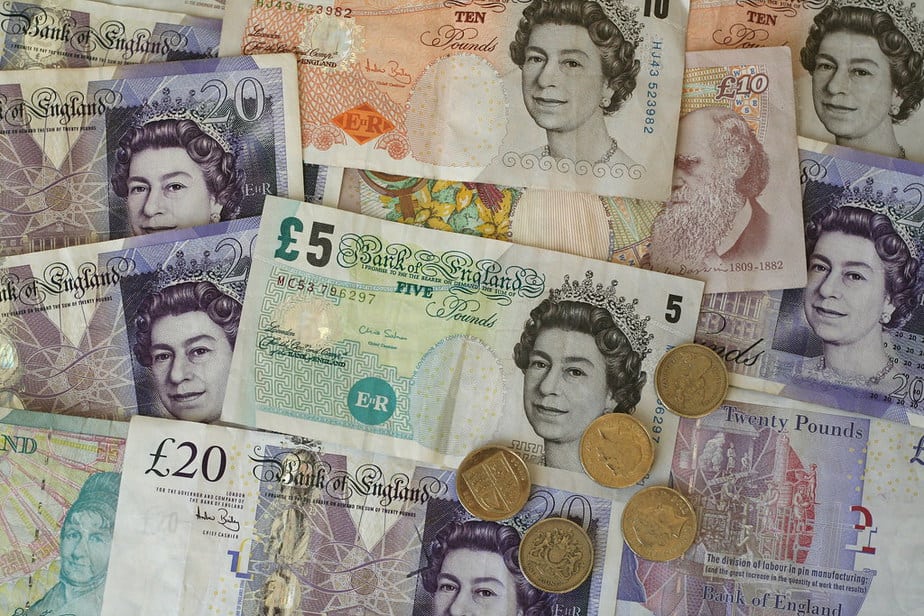 The original construction of the pier was estimated to be around £120,000 in 1903. After the theater burnt down, Leonard Guy purchased the property and rebuild the pier’s pavilion with an additional £60,000.

Mr. A. Brenner purchased it in 1946, and went on to in on to improve the pier’s facilities, adding new shops and an amusement arcade to the pavilion. He sold the pier on 6th February 2008 to brother and sister partnership Kerry and Michelle Michael.

Immediately, the pier underwent a revamp that cost owners Kerry and Michelle Michael an eye watering £39million. £1,000,000 was spent installing a new go-kart track, a fully licensed bar, and a climbing wall into the pavilion.

The pier was officially reopened on 25 July 2011, by Anne, Princess Royal, attracting more than 52,000 visitors.

6. An attempt at the Guinness World Record 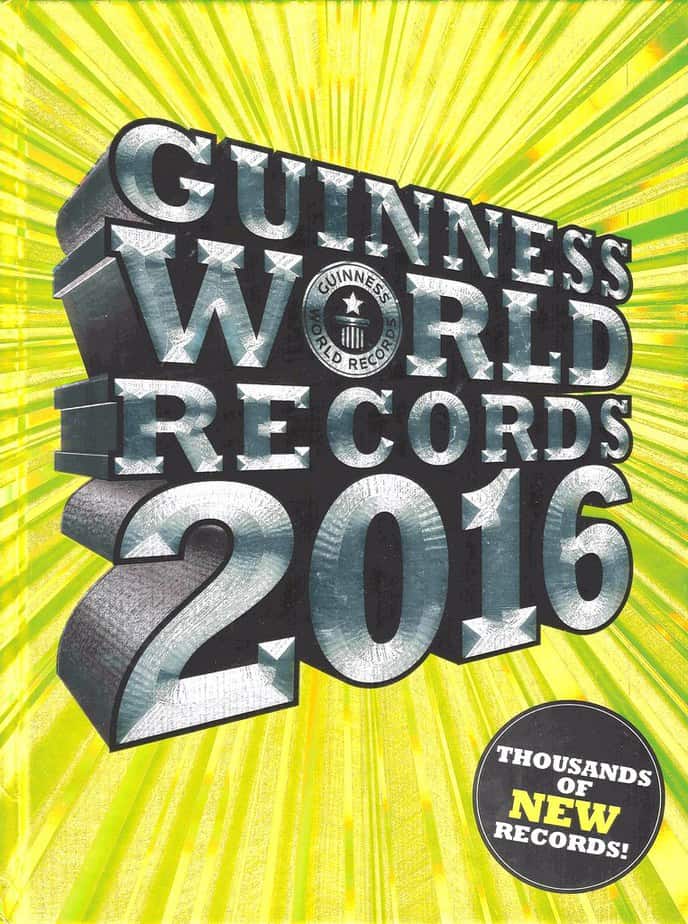 On October 2016 saw the pier stage an attempt at hosting the biggest ever cream tea event to be held at a single venue. A total of 555 people arrived at the pier to join in the Guinness world record attempt.

The attempt fell short as the current world record, held by the British Consulate General in Shanghai, China, Weston needed 750 people to sit down for their cream tea at the same time

However, the event was successful at rising more than £21,000 for Macmillan Cancer Support. The money raised went towards helping Macmillan offer support to patients and their families who have been diagnosed with cancer. 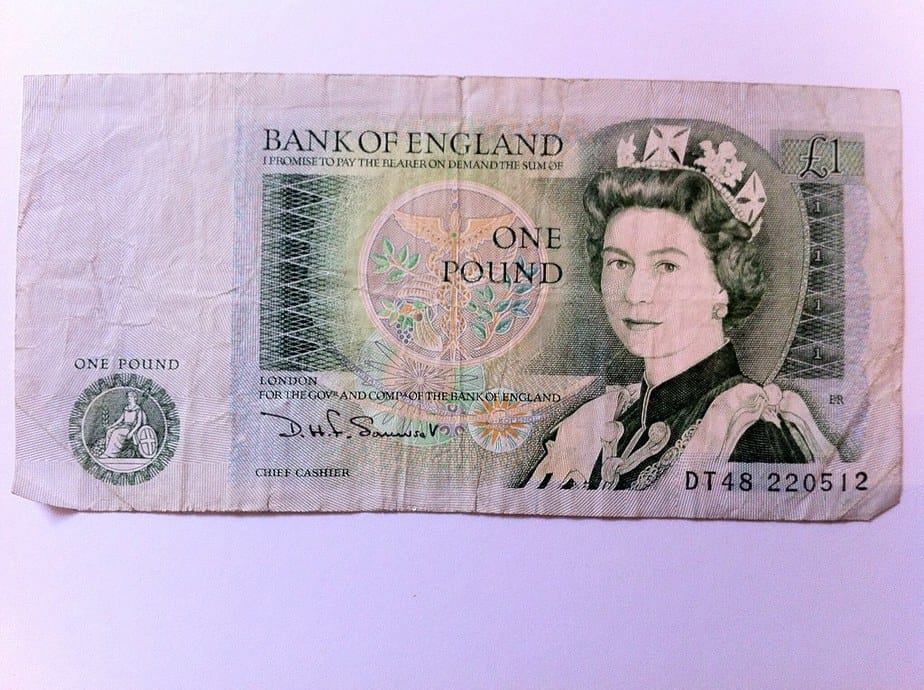 Unlike other piers The Grand Pier, Weston-Super-Mare charges an entry fee of £1 which gives you access to the pier for the whole day.

The Grand Pier, Weston-Super-Mare, argues its £1 admission fee is used to ensure they can continually improve the services and maintain its attractions. This allows the owners to make the pier a positive experience for all our visitors.

8. The Grand Pier, Weston-Super-Mare is site for several films 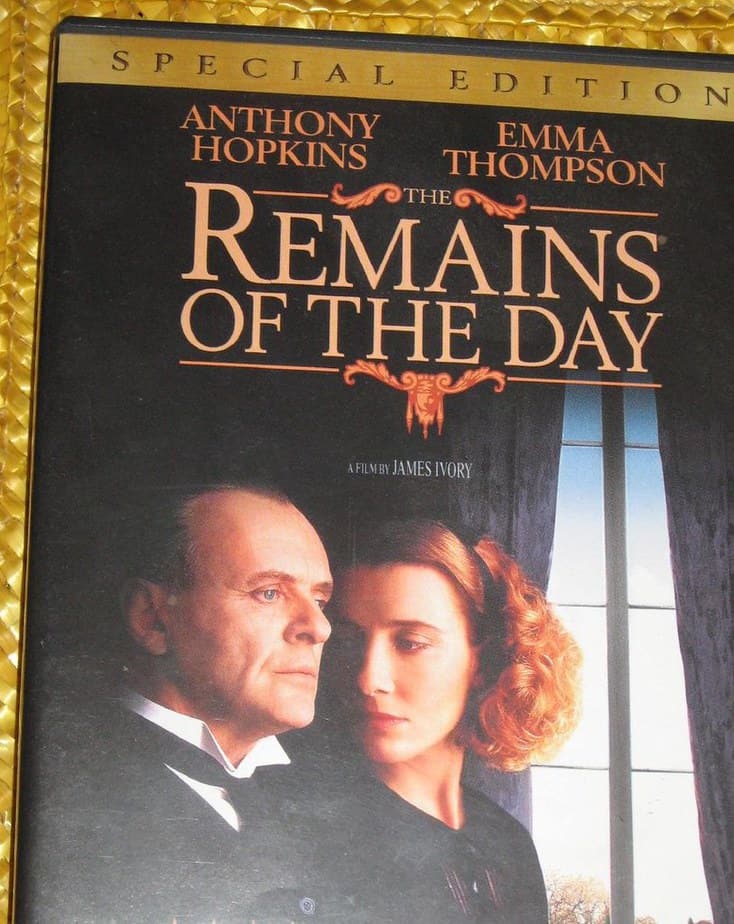 The iconic landmark has been featured in several films. One scene from the film The Remains of the Day was filmed on the pier in 1992. 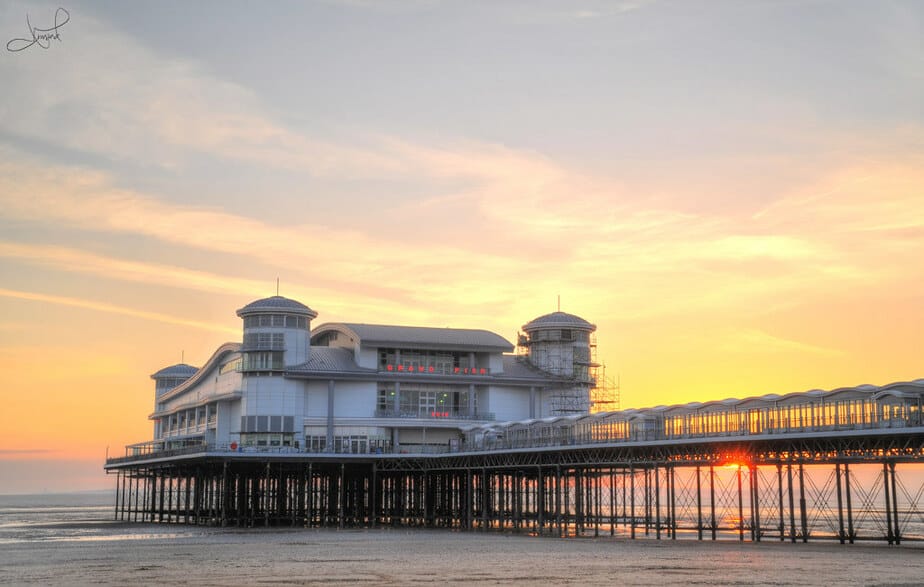 The pier is supported by 360 original cast iron piles from 1904 with 71 new steel piles added in 2010. Meaning the original piles have withstood the fire outbreaks, strong water waves and general shifting of the pier weigh.

The original pier composed of a single theater and other time the pier has grown to accommodate so many more attractions and yet the original piles have never collapsed. This is a good example of good craftsmanship.

The entire structure was refurbished in 2010 to ensure a minimum of 25 years before the first maintenance of any structural element will be needed. 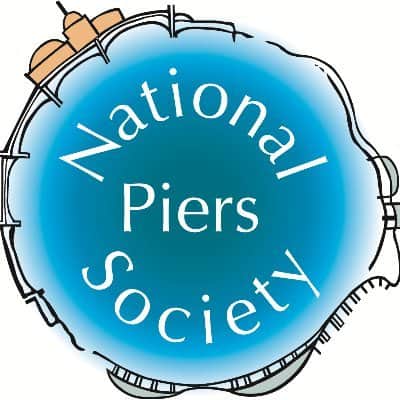 In 2011 the pier won the award once more, again making it the first pier to win the award twice.