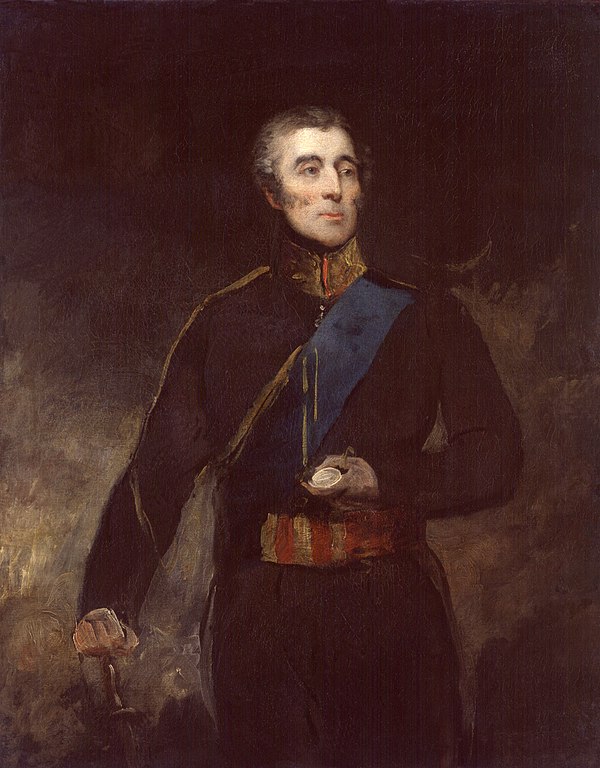 Arthur Wellesley, 1st Duke of Wellington (1 May 1769 – 14 September 1852) was one of the leading military and political figures of 19th-century Britain, serving twice as prime minister of the United Kingdom.

The Duke of Wellington was Napoleon’s most famous opponent. In 1808 he led the British, Spanish, and Portuguese forces that defeated the French in the Iberian Peninsula and then invaded France.

At the Battle of Waterloo, in 1815, he led British, Dutch, and Belgian troops to victory over the resurgent Napoleon. He remains a fascinating figure in British history

In 1859, Queen Victoria founded Wellington College in England as a national monument to Arthur Wellesley, 1st Duke of Wellington.

We hope that through this article, you will develop a deeper appreciation of the facts that make the first Duke of Wellington a remarkable British historical figure.

At his birth, Wellington’s name was, in fact, Arthur Wesley.

In 1794, he saw battle in Flanders, and two years later he found himself fighting in India, under his brother, the Governor-General.

Wesley received a knighthood for his service, mandating his name change from Wesley to Wellesley. After many campaigns, he departed India for England in 1805

Some people opine he changed it to Wellesley in 1798, just as his military career was skyrocketing, thinking it appeared more refined.

2.  Arthur Wellesley was a Politician and Soldier.

Although best remembered as a General, the Duke of Wellington was also a politician. He sat in the Irish parliament in the 1790s and later became British Prime Minister twice.

Wellington’s antipathy to the Irish did not prevent him from entering the Irish Parliament.

Running on a pro-English, anti-independence platform, Wellington was elected MP for Trim, County Meath, in 1879.

3. Arthur Wellesley was a Good Violinist. 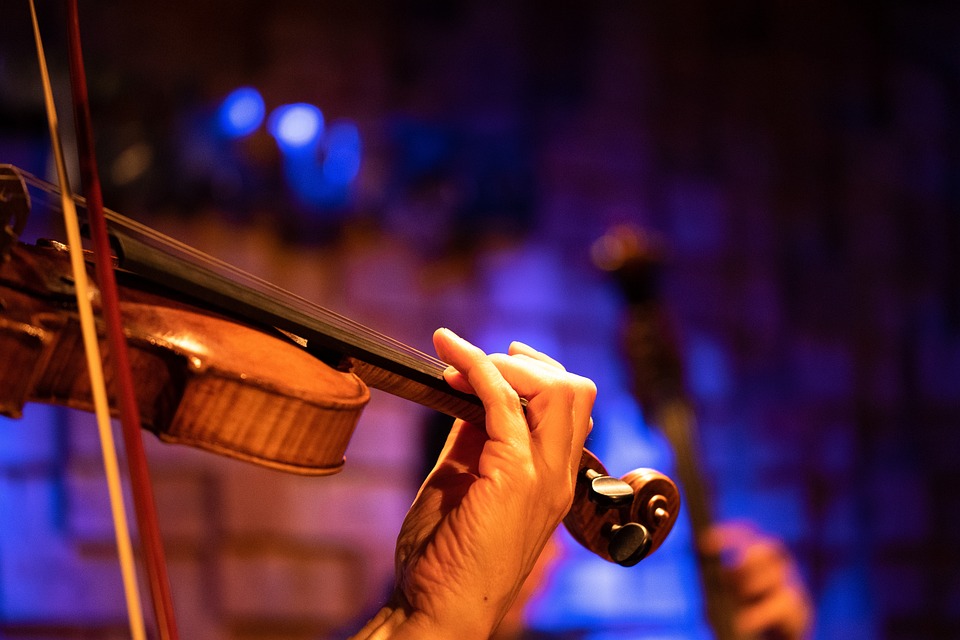 As a child, Wellesley developed a passion for playing the violin.

He enjoyed playing this instrument so much that one of his earliest career aspirations was to become a musician.

It is likely that this talent and love of music was inspired by his father, who was an accomplished amateur musician himself

Nevertheless, he burnt his violin in a fit of anger when his marriage proposal to Kitty Pakenham was rejected by her brother, the Earl of Longford.

From that point on, the military was his only true muse.

Wellington first came to prominence as a commander while serving in India in the late 1790s and early 1800s.

After a brief detour in the Netherlands, Wellington was shipped to India, where he spent ten years quashing insurrections and amassing a personal fortune of £42,000.

He defeated a series of local leaders in battle, consolidating and expanding British territory in the subcontinent. He played an important role in Britain obtaining control of the whole region.

With the new rank of General and wealth in his favour, Wellington once again asked for Kitty Pakenham’s hand in marriage and it was happily granted this time.

In 1781, the young Wellesley started studying at a private school in the United Kingdom (UK).

He left the school in 1784 to join his mother in Brussels.

He used this time to brush up on his French, and in 1785 was sent to the Academy of Equitation in Angers, France.

There, Wellesley developed his fencing skills, learned to ride a horse and studied the science of fortification all skills that would help him advance his military career later in his life.

In 1787, Wellesley was appointed as a junior officer in the 73rd Regiment of Foot.

He was shortly promoted to the role of aide-de-camp to the lord lieutenant of Ireland, and as the French Revolution progressed, his advancement within the military continued.

In 1793, Wellesley obtained his commission to major, and subsequently lieutenant-colonel, in the 33rd Regiment.

In 1794, Wellesley and the 33rd fought against the French at the Battle of Boxtel. Although the 33rd was commended for its actions during this battle, they lost.

According to Richard Holmes, the author of the biography Wellington: The Iron Duke (2002), Wellesley later referred to this loss as an educational experience: “At least I learned what not to do, and that is always a valuable lesson.”

7.  There is an Arthur Wellesley Inspired  Conehead Event. 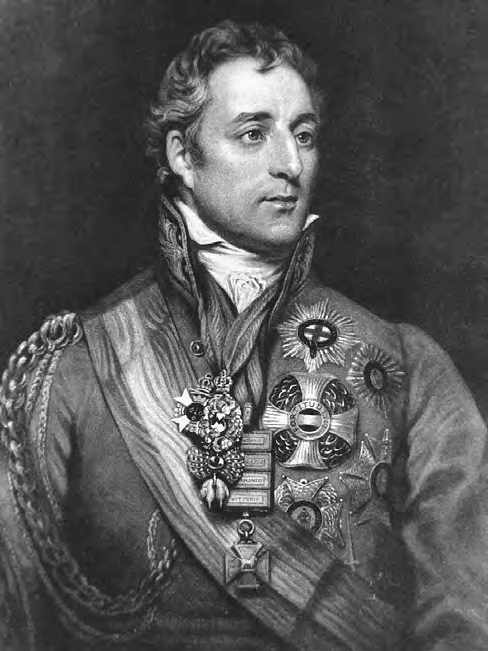 Some fun-loving people of Glasgow have their own creative way of honouring the Duke.

The statue of Wellington on horseback that stands in front of Glasgow’s Royal Exchange can usually be found wearing a traffic cone on its head.

Placing a cone on the Duke’s head has been a popular prank since the 1980s, with some even using it as an opportunity to raise awareness of political or community issues.

However, The City of Glasgow discourages the practice and has in its budget a vote for removing the cones every year.

8.  The Duke of  Wellington was a Real Frontline General.

Wellington’s horse shot under him at Assaye Photo – Wikimedia

Back in Europe, Wellington took part in numerous battles around Portugal, the Netherlands and Denmark.

Unlike other commanders of the time, Wellington freely rode into the frontlines with his troops. This was risky, however.

Consequently, at the Battle of Orthez in 1814 while teasing one of his men for being hit with a stray bullet, Wellington was struck in the leg by a musket ball.

Luckily for him, the ball ricocheted off the sword on his hip sparing him from serious injury.

Furthermore, he had several horses shot out from under him and bullets regularly left holes in his clothes and equipment.

At Waterloo, a cannonball narrowly missed both Wellington and his horse and instead hit the unfortunate man next to him.

9. Duke of Wellington  Instituted a No Pillaging Code for his Troops.

Some armies of the period lived off the land, foraging for supplies or demanding them from the local population as they went.

Wellington avoided doing so. Instead, he purchased supplies and sent them with the army.

He had two reasons for his approach.

The first was his men. He thought that if they were permitted to go off pillaging, they would take the opportunity to get drunk and misbehave.

Secondly, he found it was a better way to keep supplies flowing. If locals feared robbery, looting, and seizure of property, then they would flee.

The local economy, which provided the food, would vanish. If they brought supplies with them or paid locals for food, then he might sometimes have to pay above the odds, but supplies were ensured

10. The Duke of  Wellington had a Strange Habit of  Naming of Battles.

1st Duke of Wellington, overlooking the rolling field at Waterloo at sunrise by Benjamin Haddon – Wikimedia

Wellington is most famous for his victory over Napoleon at Waterloo.

The battle was actually fought at Braine-l’Alleud, just south of Waterloo but Wellington had established a pattern of naming his battles after the place he had spent the night before the battle, hence Waterloo.

Before the battle Wellington had been ordered to Canada, to lead the British in the War of 1812.

However, Wellington pleaded his case and was able to stay in Europe.

Wellington retired from army life after Waterloo. In total, he fought in 60 battles and never lost one, though some attribute his streak to his willingness to retreat rather than risk heavy casualties.

Despite his many victories, Wellington remained an unpopular figure in England.

The public considered him aloof and rude; the government, despite all evidence to the contrary, doubted his military abilities.

Importantly, there are many things named after the Duke of Wellington: the capital of New Zealand; a mountain in New York; a beef dish that he probably never ate.

But the most impressive honour is the nearly 100 pubs named after the Duke of Wellington in England alone.

It’s a fitting tribute to a man who ate only cold meat and bread but always washed it down with the most expensive wine available.