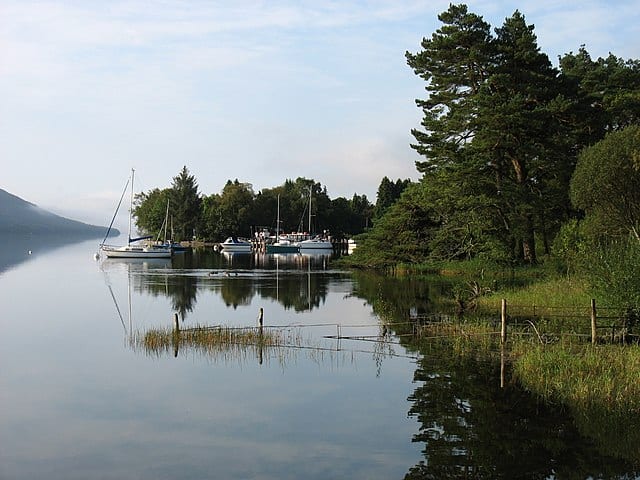 The beautiful lake is situated within Furness. It is part of the North Lonsdale exclave of the historical county of Lancashire. Since 1974, it is within the administrative county of Cumbria.

Coniston Water is about five miles long and half a mile wide. Above its western shore, there is mountain of the Old Man of Coniston towers above the lake and the village.

The lake is about half a mile down from the village, where you can hire boats and bikes from Coniston Boating Centre. There are shops, pubs and places to eat in the village, and a range of guest houses, holiday cottages in Coniston and nearby.

Coniston Water is an example of a ribbon lake formed by glaciation. The lake sits in a deep U-shaped glaciated valley scoured by a glacier in the surrounding volcanic and limestone rocks during the last ice age.

To the north-west of the lake rises the Old Man of Coniston, the highest fell in the Coniston Fells group and the highest point in the historic county of Lancashire.

The lake was formed after the remains of agricultural settlements from the Bronze Age were found near the shores of Coniston Water. The Romans mined copper from the fells above the lake.

A potash kiln and two iron bloomeries show that industrial activity continued in medieval times. In the 13th and 14th centuries, Coniston Water was an important source of fish for the monks of Furness Abbey who owned the lake and much of the surrounding land. Copper mining continued in the area until the 19th century.

The lake was formerly known as “Thurston Water”, a name derived from the Old Norse personal name ‘Thursteinn’ + Old English ‘waeter’. This name was used as an alternative to Coniston Water until the late 18th century.

That not withstanding, Coniston pioneered the use of hydro-electricity and local houses were powered entirely using this green energy source from 1932 to the mid-1950s.

1. Philosopher John Ruskin and the Lake 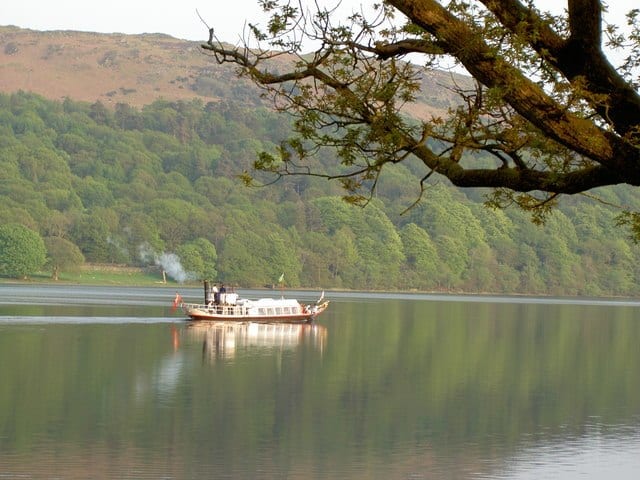 The Victorian artist and philosopher John Ruskin owned Brantwood House on the eastern shore of the lake, and lived in it from 1872 until his death in 1900. Ruskin is buried in the churchyard in the village of Coniston, at the northern end of the lake.

His secretary the antiquarian W.G. Collingwood wrote a historical novel Thorstein of the Mere about the Northmen who settled on the island in the lake.

The Victorian and Edwardian artist Henry Robinson Hall settled in Coniston during the Great War and is buried in the parish church graveyard.

Arthur Ransome set his children’s novel Swallows and Amazons and the sequels Swallowdale, Winter Holiday, Pigeon Post and The Picts and the Martyrs around a fictional lake derived from a combination of Coniston Water and Windermere.

In particular the books’ Wild Cat Island with its secret harbour is based on Peel Island. The Amazon River is based on the River Crake. The Swallows and Amazons series involve school holiday adventures in the 1930s.

The movie adaptation in 2016 of these stories was also partly filmed on Peel Island, Coniston Water.

Historically, Coniston was part of Lancashire, North of the Sands, until Local Government re-organization in 1974 when Cumbria was created. 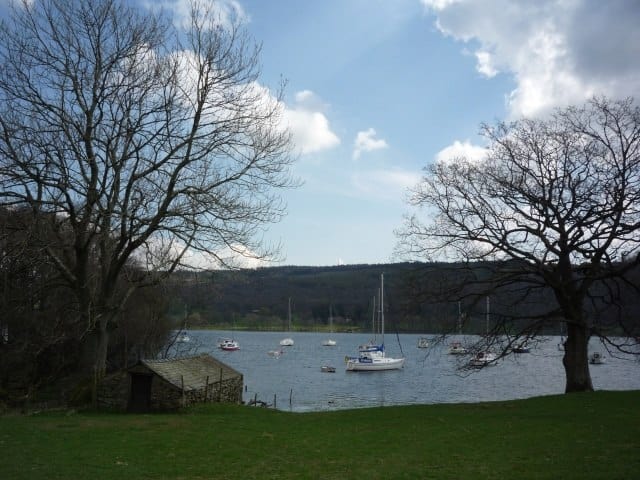 Between 1956 and 1959 Sir Malcolm’s son Donald Campbell set four successive records on the lake in Bluebird K7, a hydroplan in 1967. Unfortunately, he was killed just after achieving a speed of over 320 miles per hour (515 km/h or 278 kn) in Bluebird K7 in a record-breaking attempt.

Of importance to note is that boating is suspended temporarily for boats attempting new world waterspeed records during Records Week, usually the first week in November every year.

4. Nicknamed Lady in the Lake

In recent times, Coniston Water has become known for a controversial murder case. Mrs Carol Park was dubbed the “Lady in the Lake” after the Raymond Chandler novel of the same name. 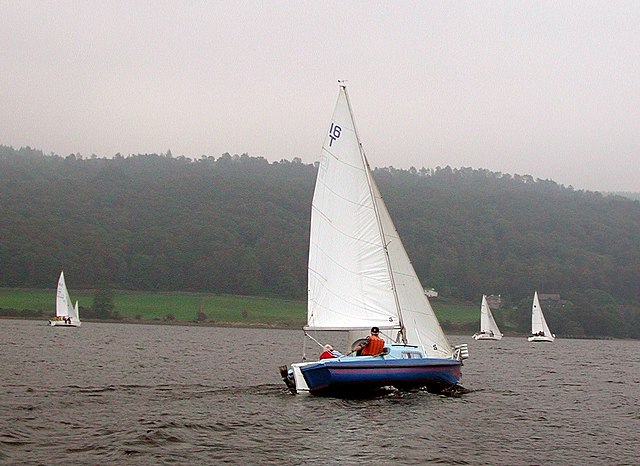 The lake is ideal for kayaking and canoeing and there are a number of good sites for launching and recovery. It is paddled as the second leg of the Three Lakes Challenge. The steam yacht Gondola tours the lake in the summer months, along with two smaller motorized launches.

Boats can be hired from the lakeside near the steam yacht. Along with Ullswater and Derwent water, Coniston Water has a mandatory water speed limit of 10 miles per hour (8.7 kn; 16 km/h). 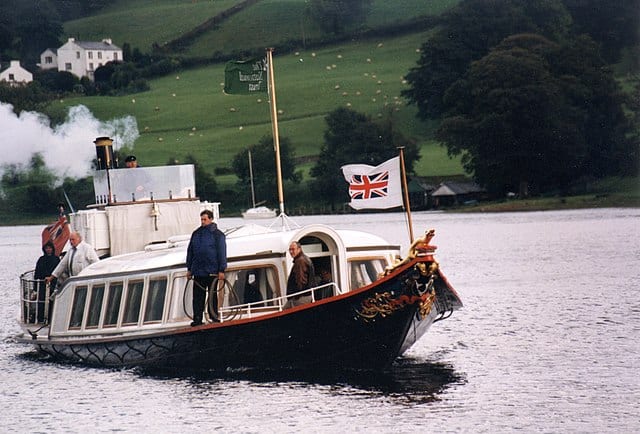 The canoes here are large personal craft. The navigation of the lake on the canoes is great in scenery exploration. Visitors love hiring the canoes for the best experience in a sunny day. 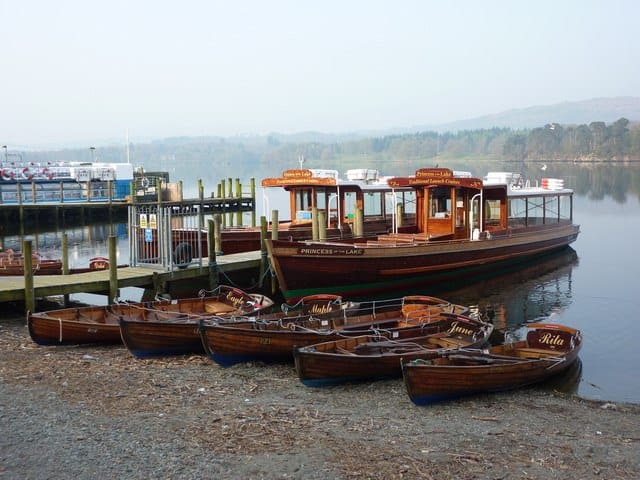 Canoeing is the major activity in Coniston. The use for sport, recreation, or competition of a canoe, kayak, or foldboat, all small, narrow, lightweight boats propelled by paddles and pointed at both ends.
An exciting place to visit for holiday or site seeing.
8. Generates power to the Locals

Local houses have been powered by Coniston lake which pioneered the use of hydro-electricity using the green energy source from 1932 to the mid-1950s.

However, from 2007, a new scheme was built which now supplies enough power for 260-300 houses via the national grid.

9. Fascinating visit to the Global North

Perhaps the most obvious benefit to visiting the Lake District during the summer months is the weather!

It is known for its rainy climate and, while this doesn’t dampen its stunning natural beauty, summer is a brilliant time to head to the area if you’re hoping for a few more sunny days.

Everything is in full bloom and looking stunning, with the landscape painted in bright greens and blues, making for a picture perfect time to visit.

The Lake District is home to plenty of country pubs, cafes and restaurants. The beauty is that they have the most stunning location with ample outdoor seating.

They have an amazing view over the Lakeland fells. Locals opt to pack snacks for a picnic in the most naturally beautiful locations.