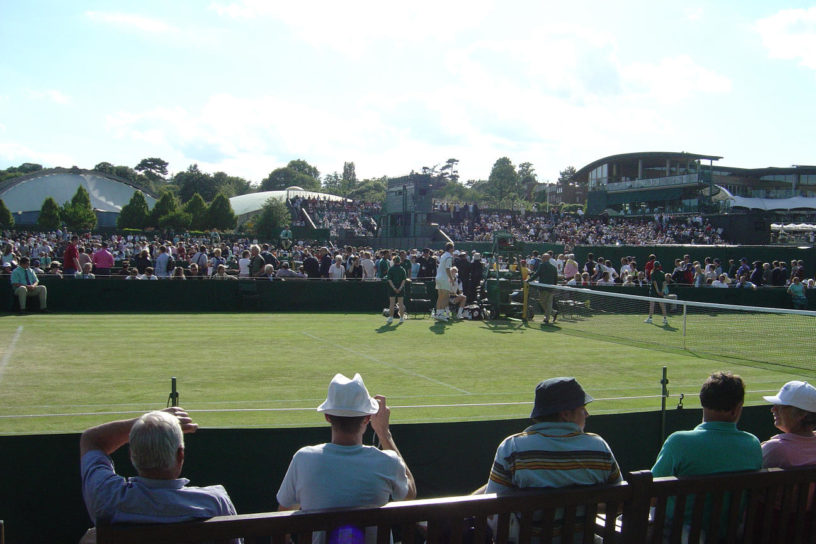 Wimbledon is one of the biggest tennis tournaments in the world. This yearly competition hosts athletes from various countries, all walks of life, and different backgrounds, making this a diverse and highly entertaining contest that is viewed by millions of people. Although you may have watched a few matches in the past, or somehow know an athlete who has qualified to participate, you may not know some of these most interesting facts about this elite tennis tournament. 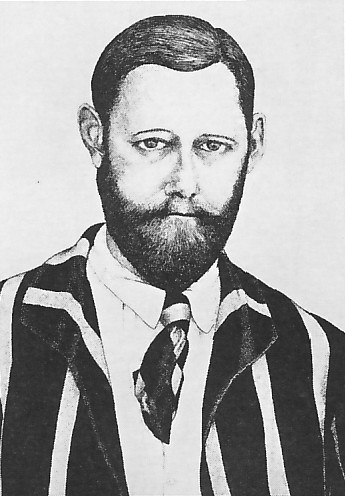 Just like anything, the background is important. Learning about the history of Wimbledon only makes you appreciate this high-level tournament even more, with the inception of this competition beginning back in 1876. During this time, lawn tennis was created, a sport that somewhat resembles “real tennis” in today’s world. This sport was adopted by The All England Croquet and Lawn Tennis Club, which helped spur on the 1877 Wimbledon Championship. The tournament’s first winner was Spencer Gore, a previous rackets player who beat William Marshall in a very short game in modern-day tennis, taking just under 49 minutes. 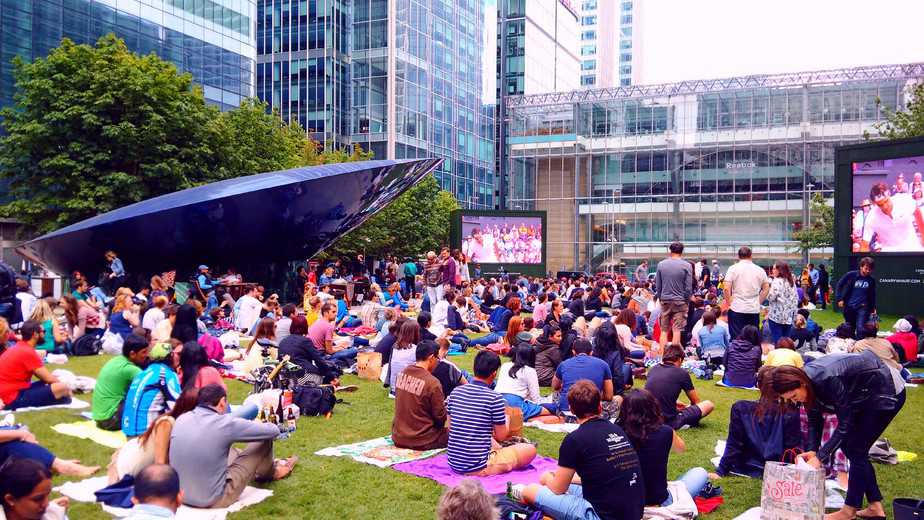 People watching the Championships Broadcast – By By Romazur – Own work, CC BY-SA 4.0, https://commons.wikimedia.org/w/index.php?curid=41722496

Although lawn tennis was an interesting start, soon things had to change. After adopting “real tennis”, Wimbledon changed its set up in 1993 to accommodate the growing number of spectators and players. Wimbledon intended to improve the quality of the event for everyone involved, incorporating a broadcast center, two more grass courts, a tunnel linking the courts, more facilities for the players and staff, club staff housing, and a ticket office.

Even Wimbledon couldn’t fight off Covid 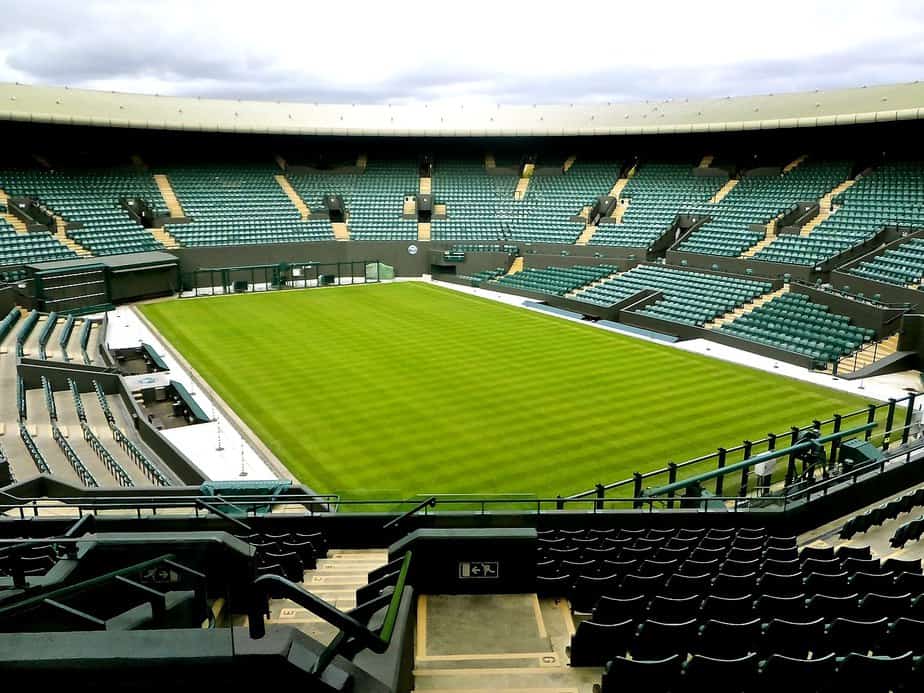 As the Covid-19 pandemic ravaged the world in 2020 – and continues to affect our lives today – The All England Club was forced to cancel the entire grass court season in April of 2020. Since the season was canceled, Wimbledon was up in the air – for a short time, the board considered holding a closed-door event, but soon realized this was not a feasible plan for the year.

The Schedule is intense and rigorous 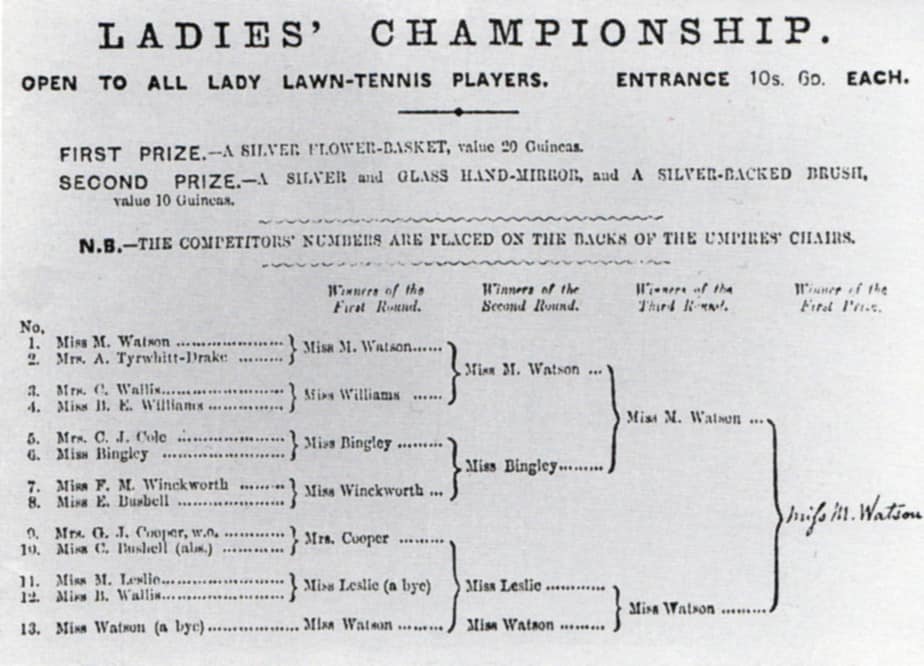 The schedule of Wimbledon is very time-sensitive and rigorous, due to the number of matches and players who must compete. Wimbledon is typically 2 weeks long, with the five main events spanning the 14 days, and the junior events taking place during the second week.

The number of players is more than you may think 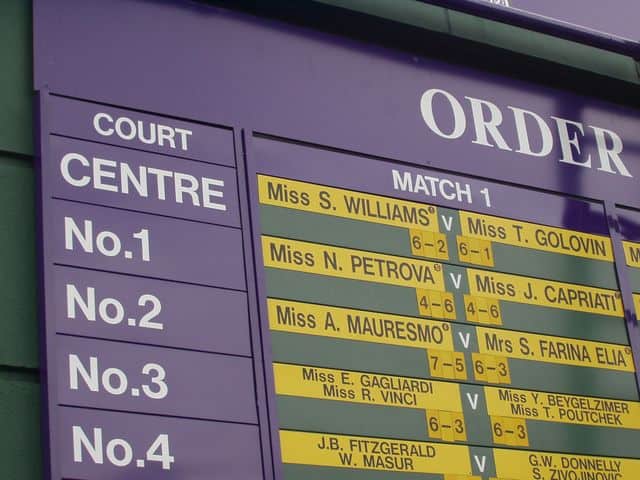 Wimbledon men’s and women’s singles consist of 128 players each, while the doubles pairs contain 104 direct entries in the men’s and 108 in the women’s competitions. Furthermore, each competition has 8 wild card entries. Considering all of the matches, this is at least 500 elite tennis players at Wimbledon each year!

The Wimbledon Grounds are prestigious

At Wimbledon, there are 100% perennial ryegrass courts that are conducive to the highest level of tennis. Before 2001, a combination of ryegrass and red fescue was used, but red fescue was discontinued to allow for longer durability of the courts. The main courts, called Number 1 Court and Centre Court, are only used for the two weeks of Wimbledon per year, keeping the grass in tip-top condition for the most important events.

The roof is retractable for rainy days! 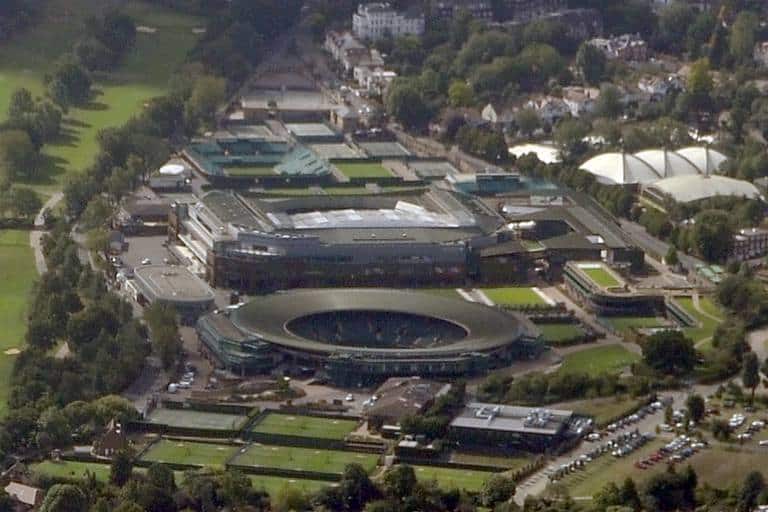 England is rainy – that’s a fact. It is also a fact that rain is bad for tennis, which is why Wimbledon installed a retractable roof to the ceiling in 2009. Designed to open or close according to the weather, this technology makes it possible for the players to continue the match during rainy days. 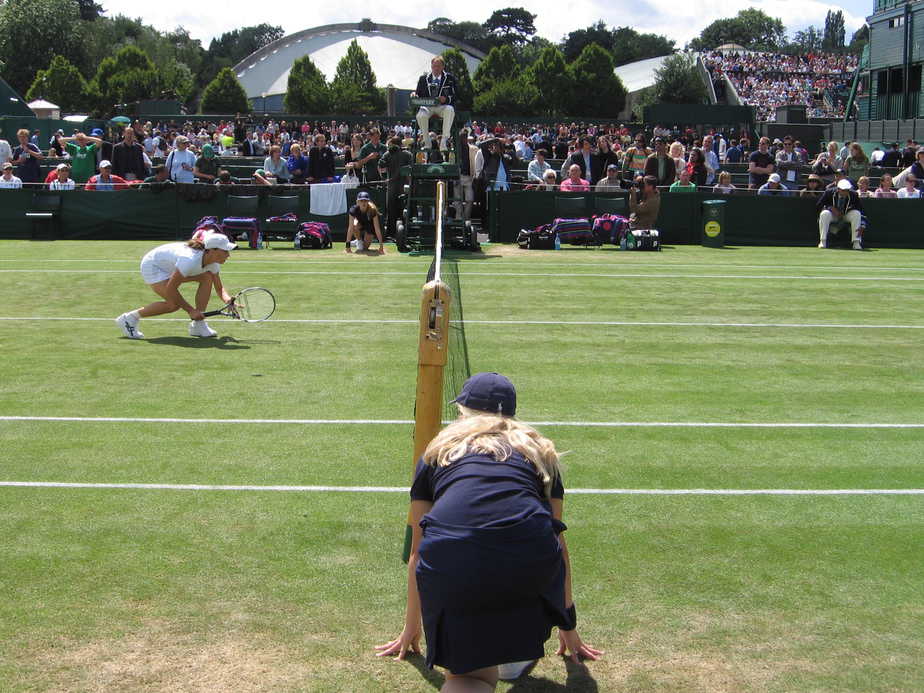 In the championship games that you see on TV, ball boys and girls keep the game moving quickly and freely. Without these helpful assistants, it would take too much time and energy to retrieve the tennis balls between points. But how do you get one of these coveted ball boys and girls spots?

Since the late 1960s, ball boys and girls are typically chosen from local schools, with the main selections being from Wandsworth Boys School and Mayfield Girls School. Once these schools closed, the selection expanded to other educational institutions in the Wandsworth, Surrey, Kingston, and Sutton boroughs of London. 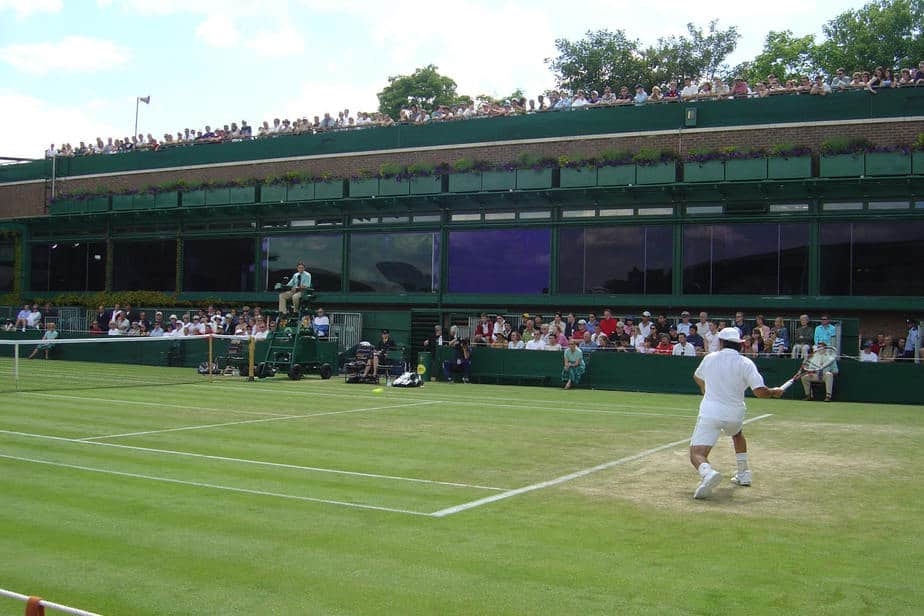 Sebastian Grosjean at 2004 Championships – By By The original uploader was Ricjl at English Wikipedia. – Transferred from en.wikipedia to Commons by Oxyman using CommonsHelper., CC BY-SA 3.0, https://commons.wikimedia.org/w/index.php?curid=5200939

The traditional Wimbledon colors are dark green and purple, with the logo typically having a purple circle around the green inside photo of tennis rackets on a green background. However, the tennis players in the tournament must wear all-white – or nearly all-white – clothing to avoid confusion and create easy viewing on TV.

Referring to the players should be proper 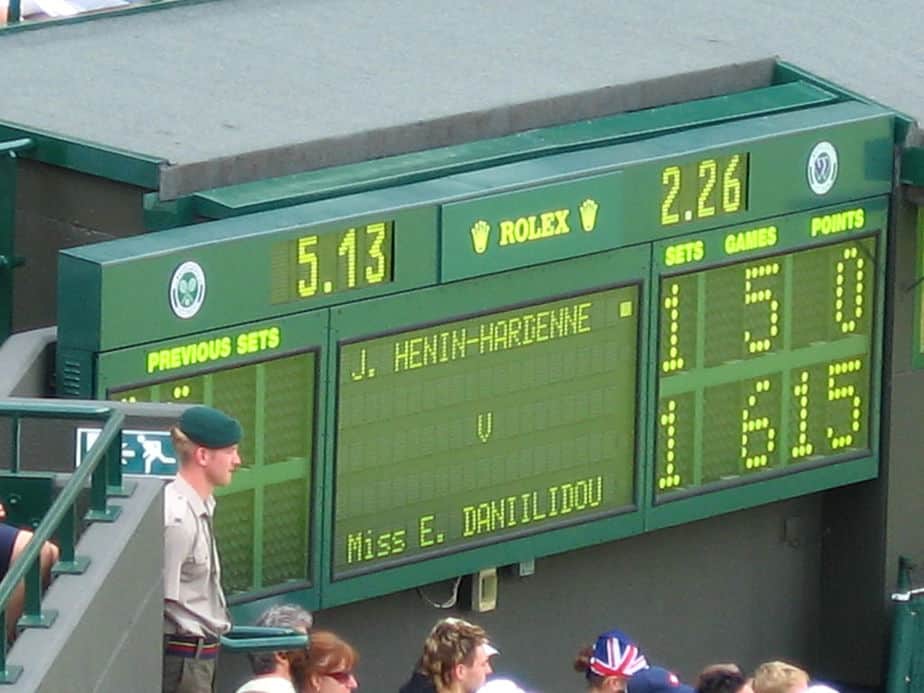 Everybody likes the way that proper British people talk, right? When we listen to posh people talk about anything it sounds good – and the same goes for tennis. According to the long-standing Wimbledon tradition, the men’s and women’s competitions are gentlemens’ and ladies’ competitions, respectively. Furthermore, female players are referred to by their first and last names – a nice change from the “Miss” or “Mrs” that used to dominate the scoreboards during the pre-2009 time period.